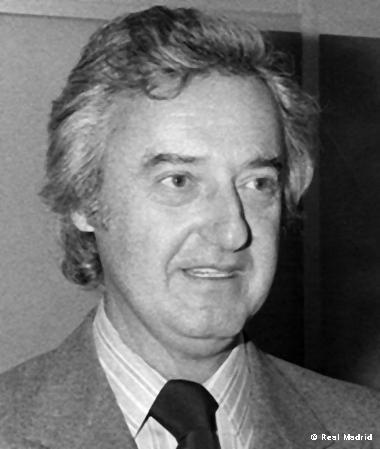 Ramón Mendoza will always be remembered as the ‘father’ of the ‘Quinta del Buitre’ (The Vulture’s Cohort). During his term as president of the club, a team that blended home-grown players like Butragueño, Míchel, Martín Vázquez, Sanchís and Pardeza with quality signings such as Hugo Sánchez, Buyo, Schuster, Gordillo and Maceda won many honours.

With Mendoza as president, Real Madrid won six Spanish league titles, two Spanish Cups, one UEFA Cup, three Spanish Super Cups and a Spanish League Cup. Along with Santiago Bernabéu, he holds the distinction of being the only president to have won five consecutive Liga titles (from 1985/86 to 1989/90).

Towards the end of his presidency, the club’s basketball team won their eighth European Cup. Jorge Valdano also came back to train the football team and the Argentine-Spanish coach won La Liga in 1994/95 with a team which starred two footballing geniuses called Fernando Redondo and Michael Laudrup and was supported by Hierro, Zamorano, Amavisca, Buyo, Míchel, Butragueño and the spectacular emergence of the young Raúl. Together they managed to put Real Madrid back on top of Spanish football.

Mendoza became president of the Whites in 1985 and, when he left the post in 1995, he was the second longest-serving and the second most successful president in the history of the club after Santiago Bernabéu.