Real Madrid take on Atlético on Sunday at the Civitas Metropolitano (9pm CET).

Following the win over Leipzig at the Santiago Bernabéu, which sent the team top of Champions League Group F, Carlo Ancelotti's charges got back down to training at Real Madrid City to begin the preparations for the derby meeting with Atlético at the Civitas Metropolitano.

The starters from the game against the German outfit trained indoors, while the rest of the squad took to the grass to work on drills to play the ball out from the back and possession, before contesting several games on small-sized pitches. The workout was rounded off with shots on goal. Meanwhile, Karim Benzema and Lucas Vázquez continued with their recovery programmes 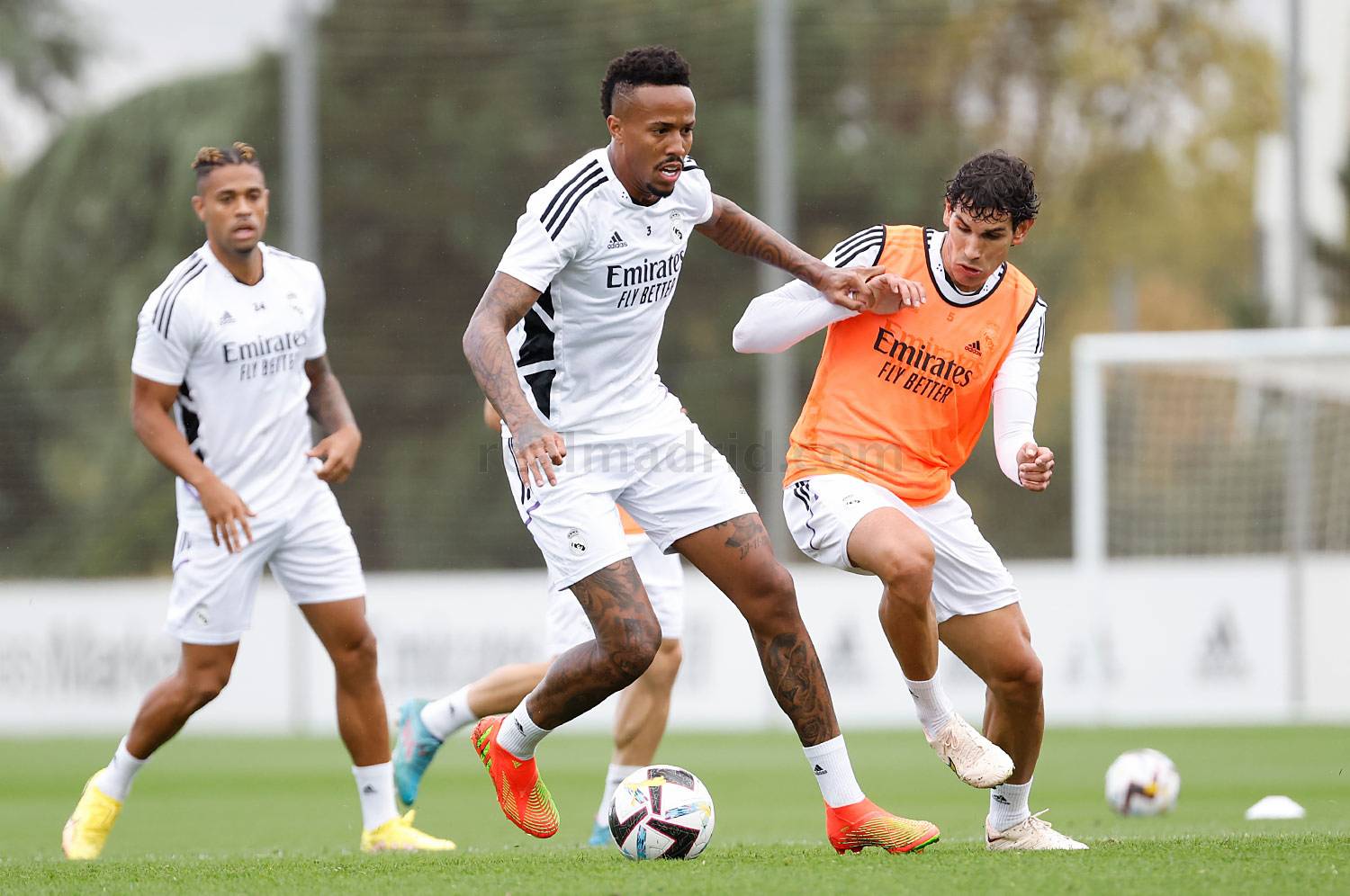 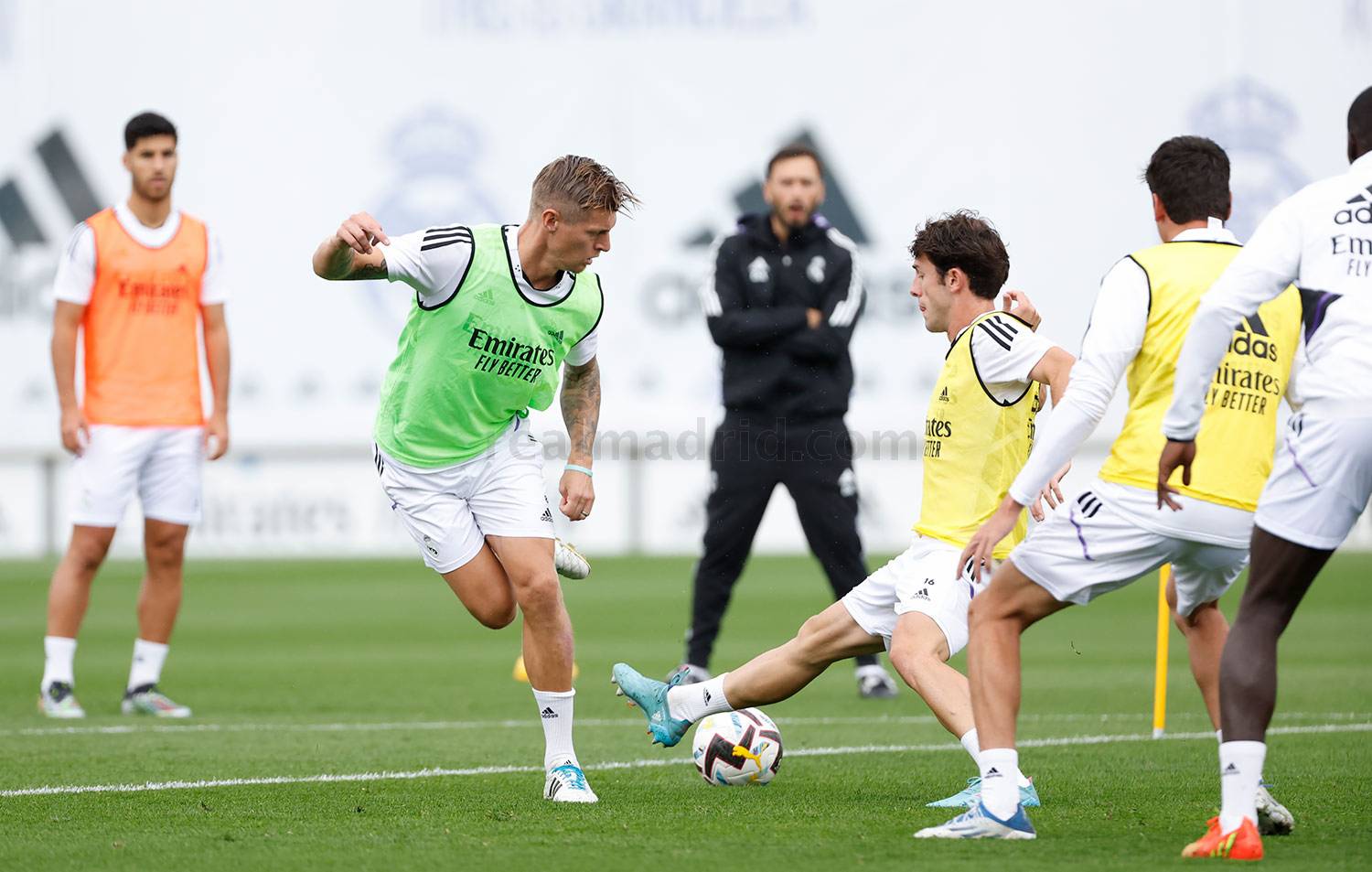 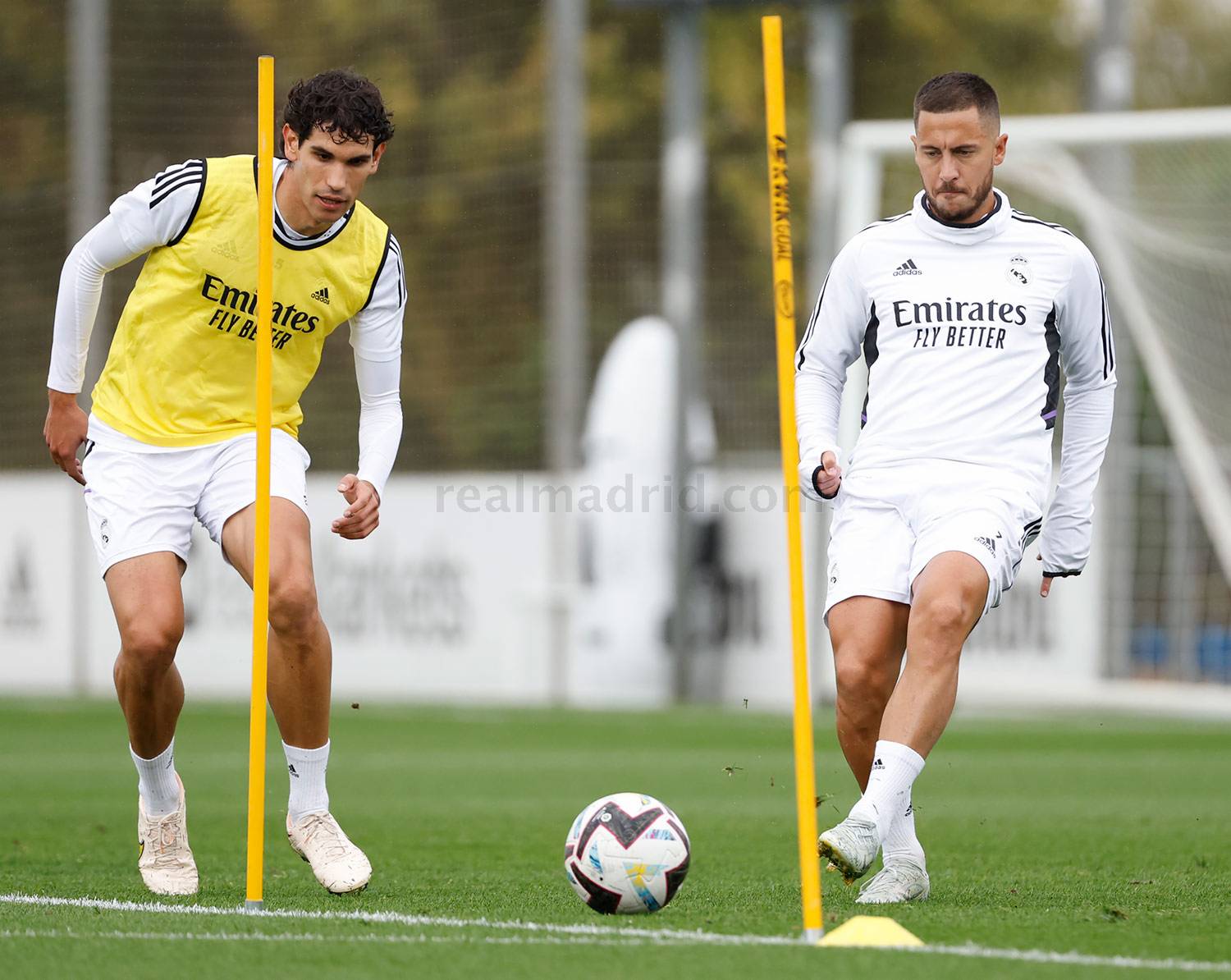 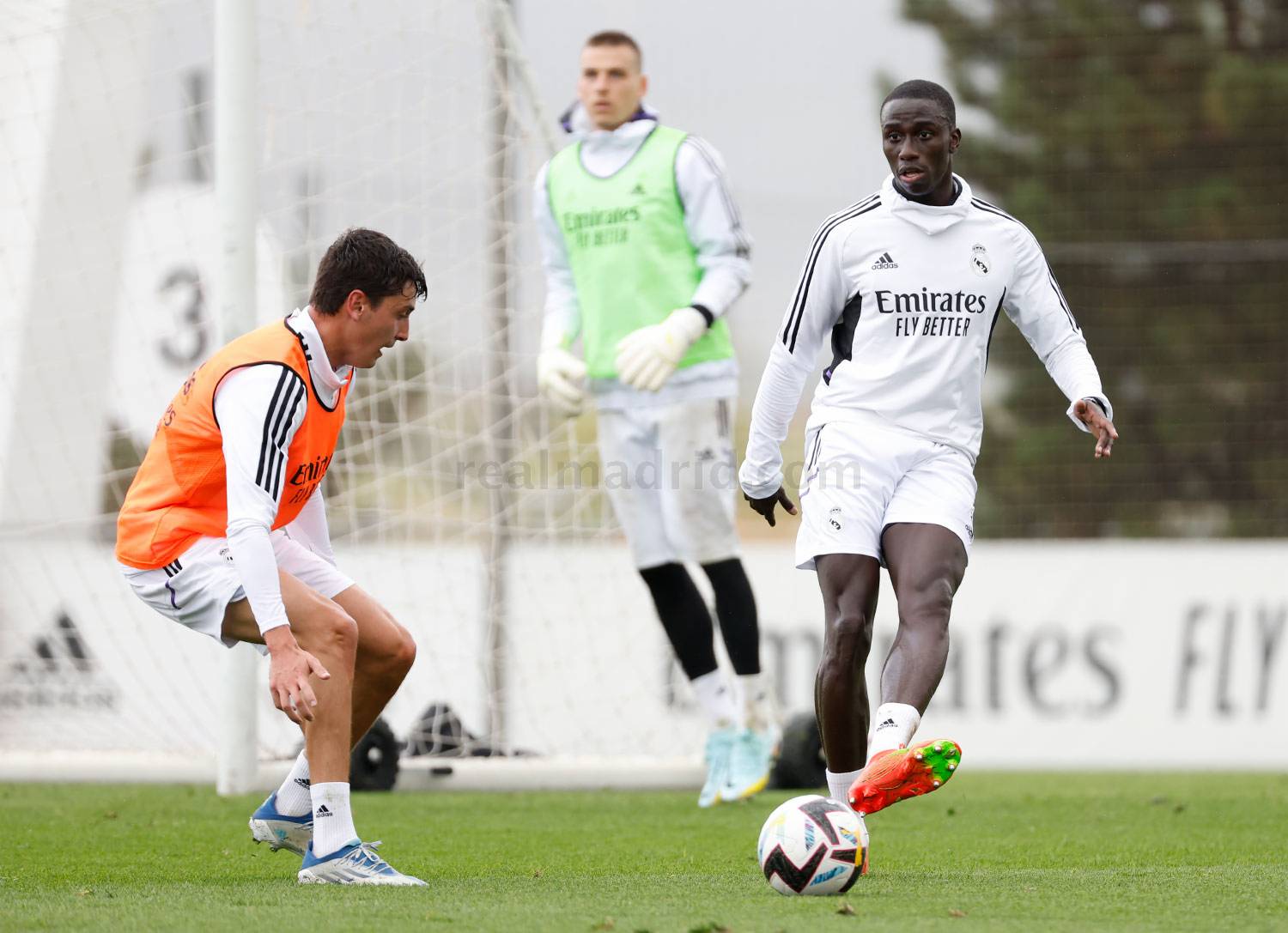 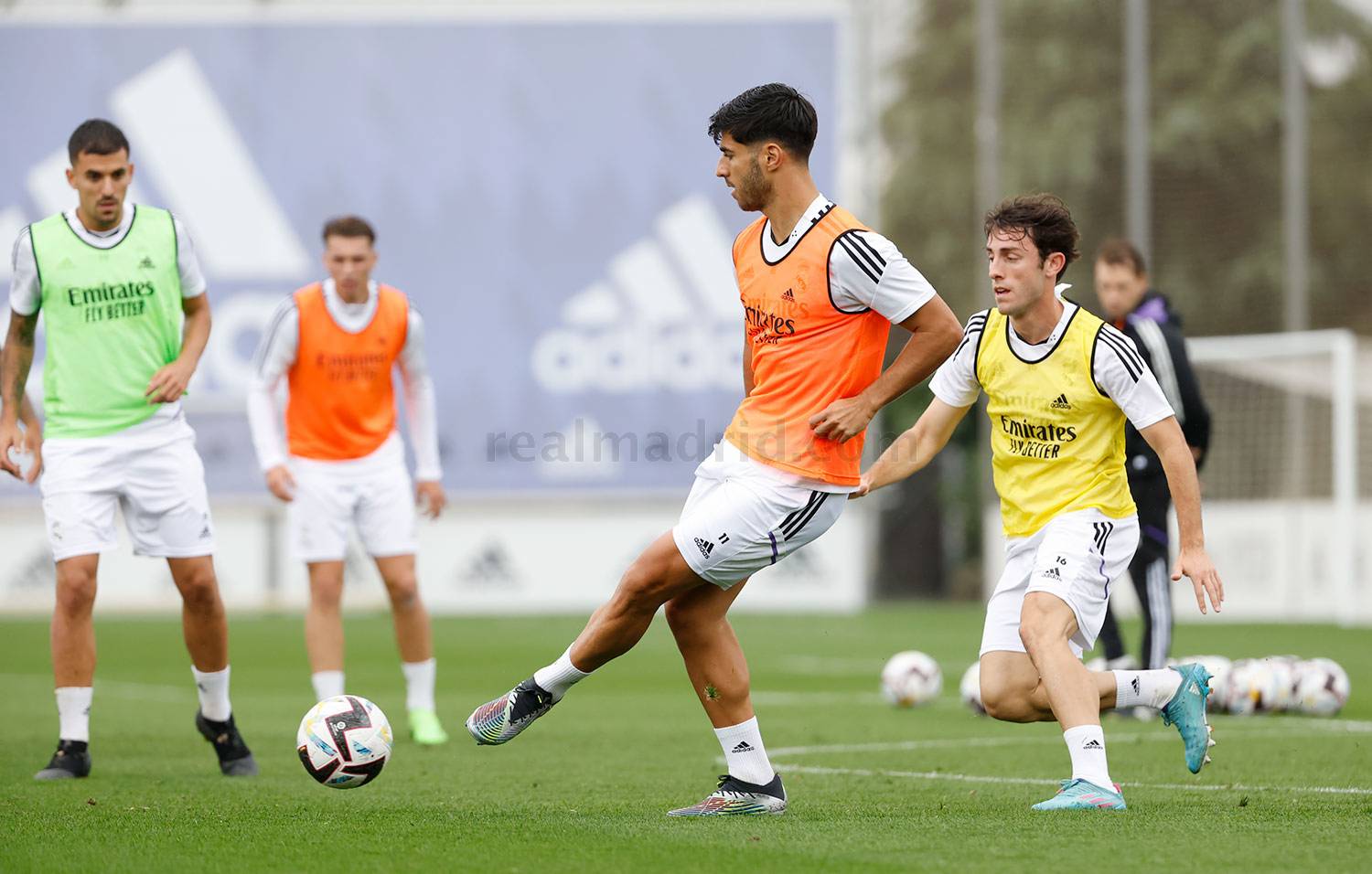 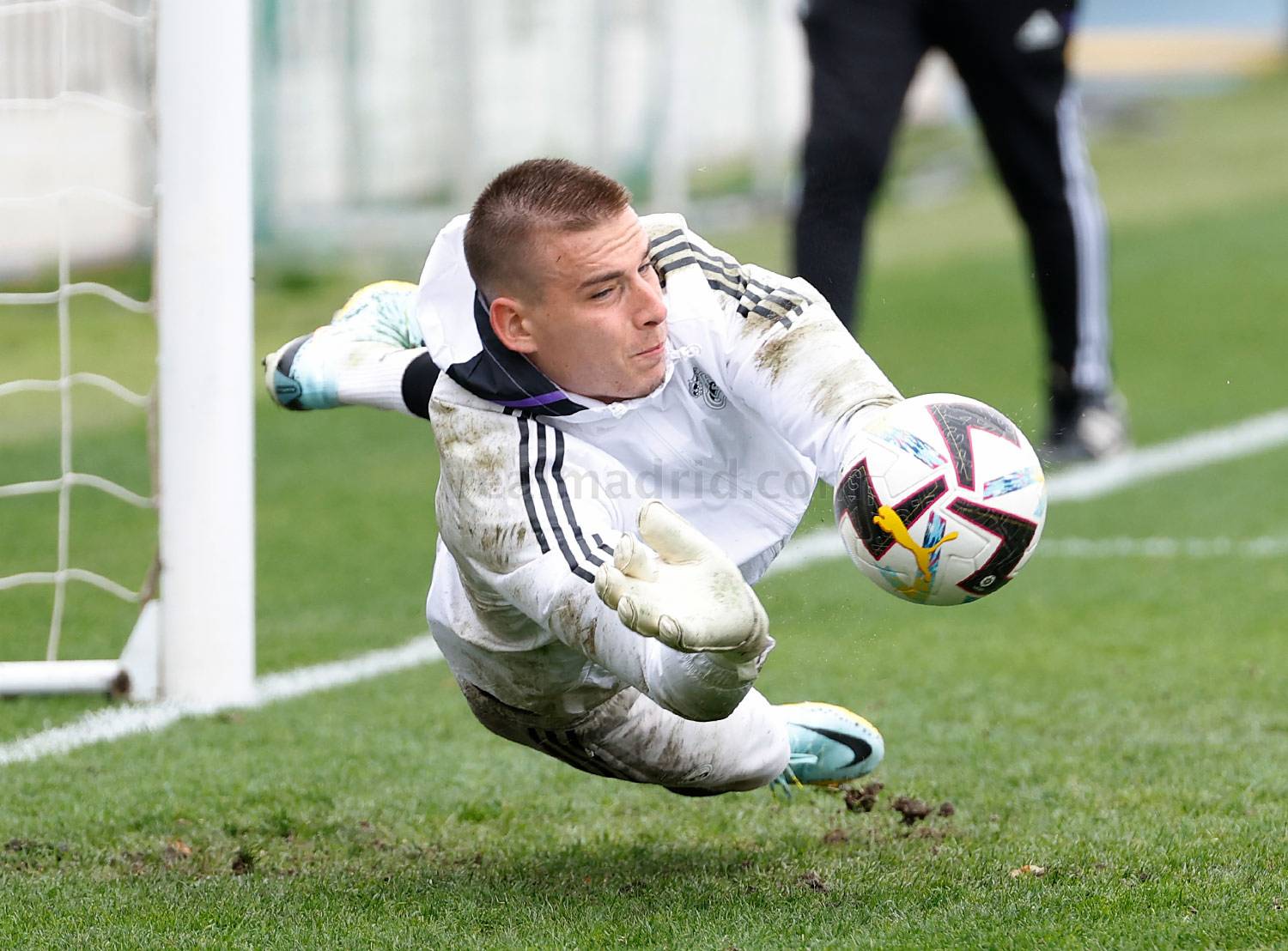 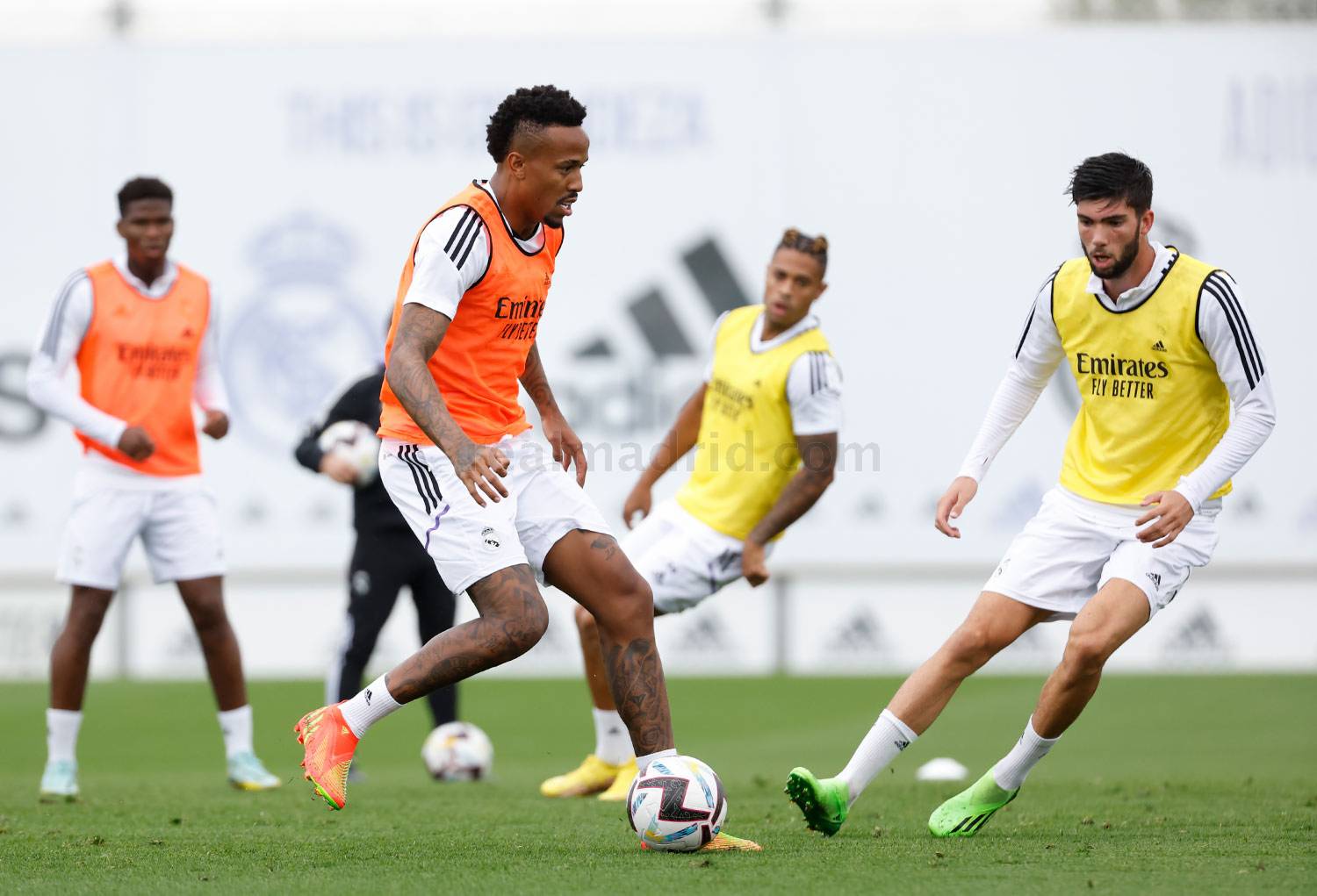 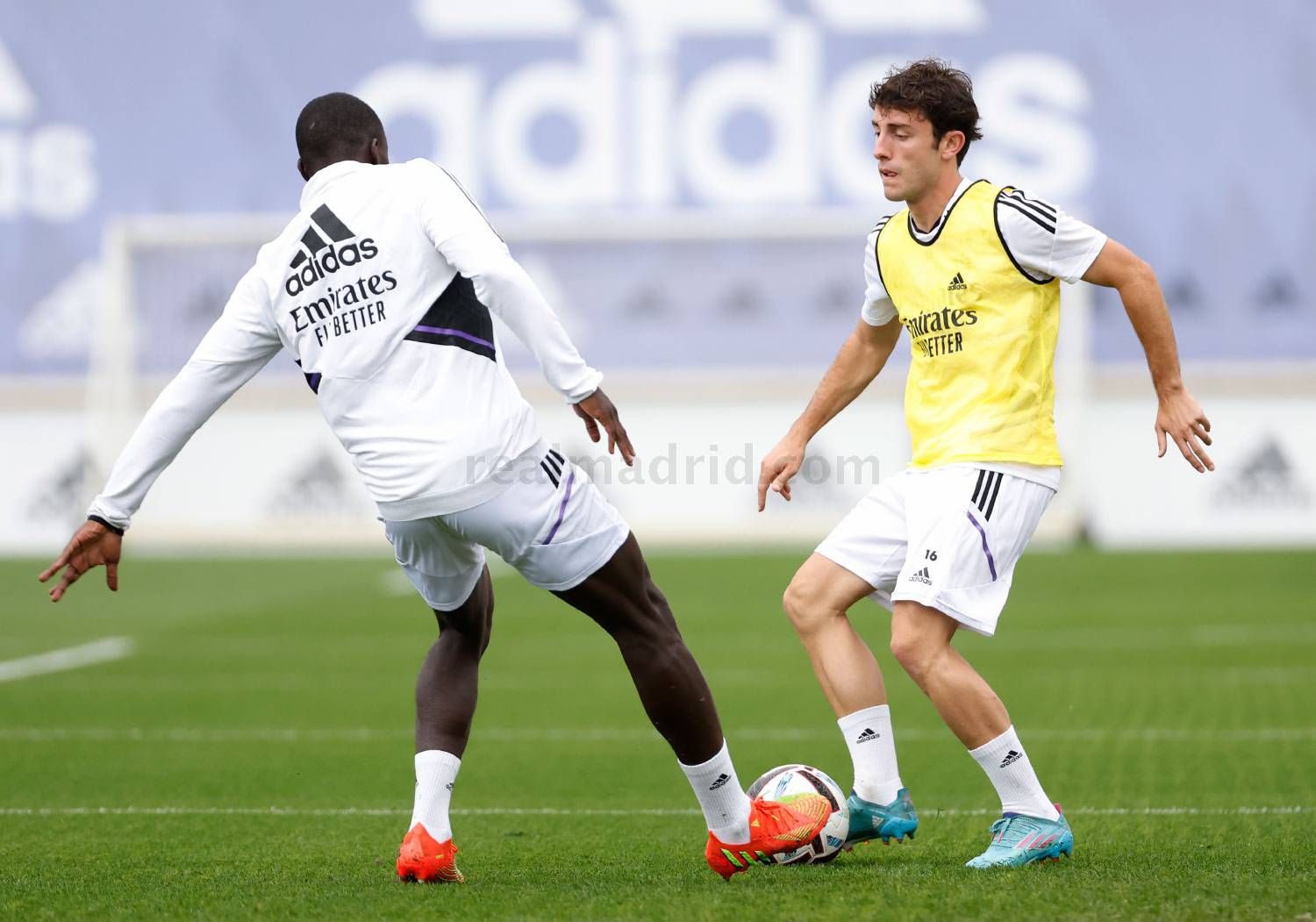 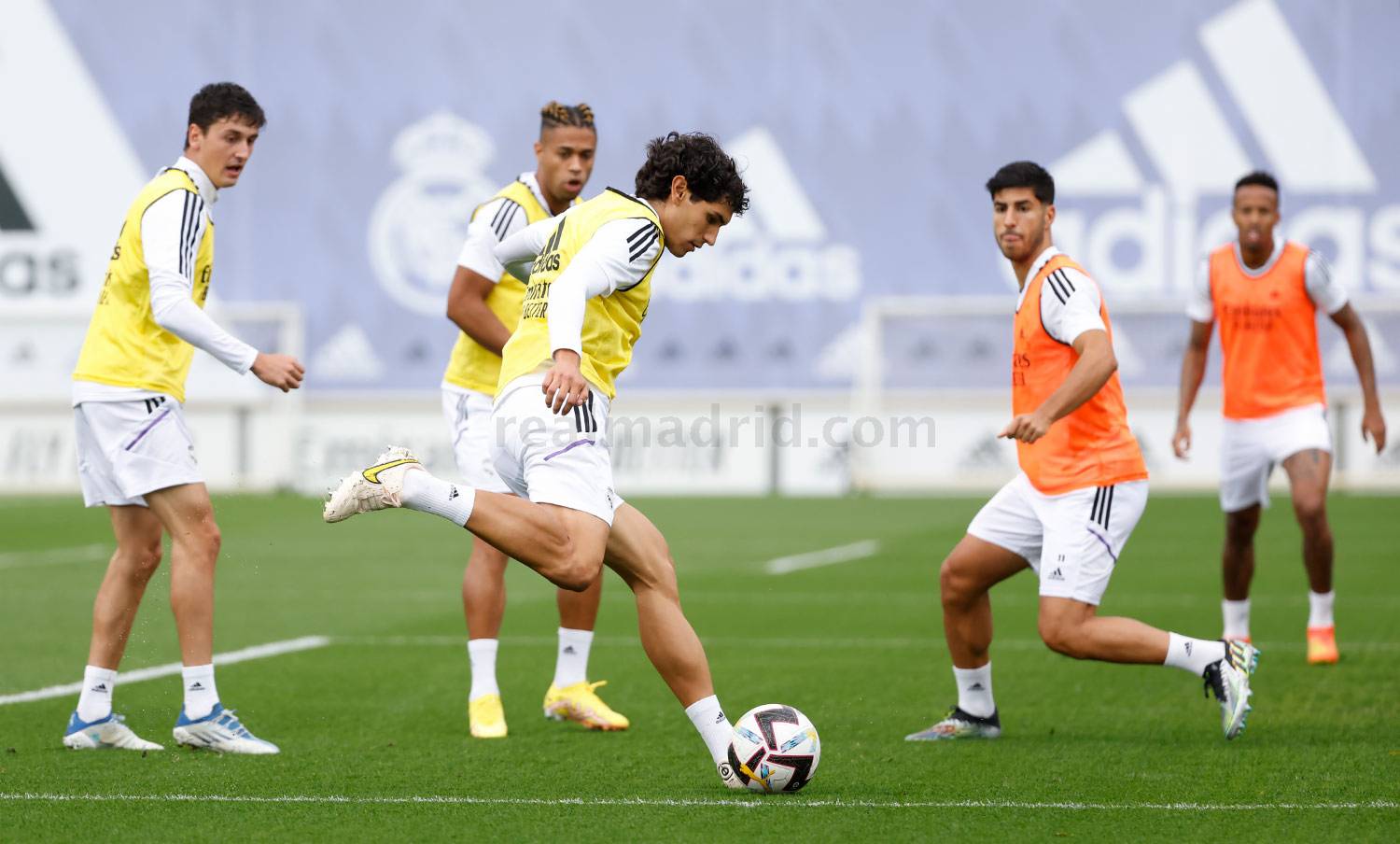 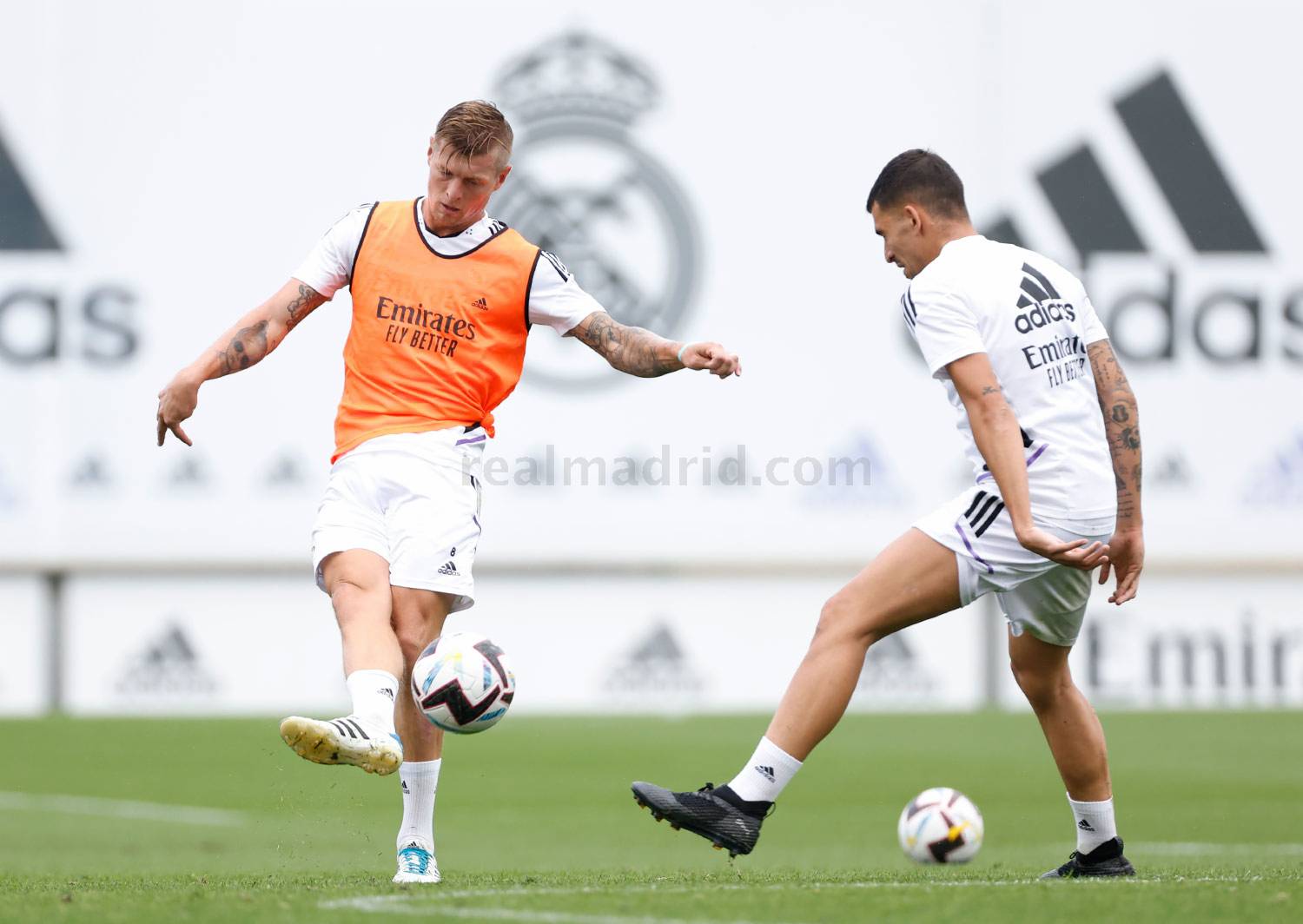 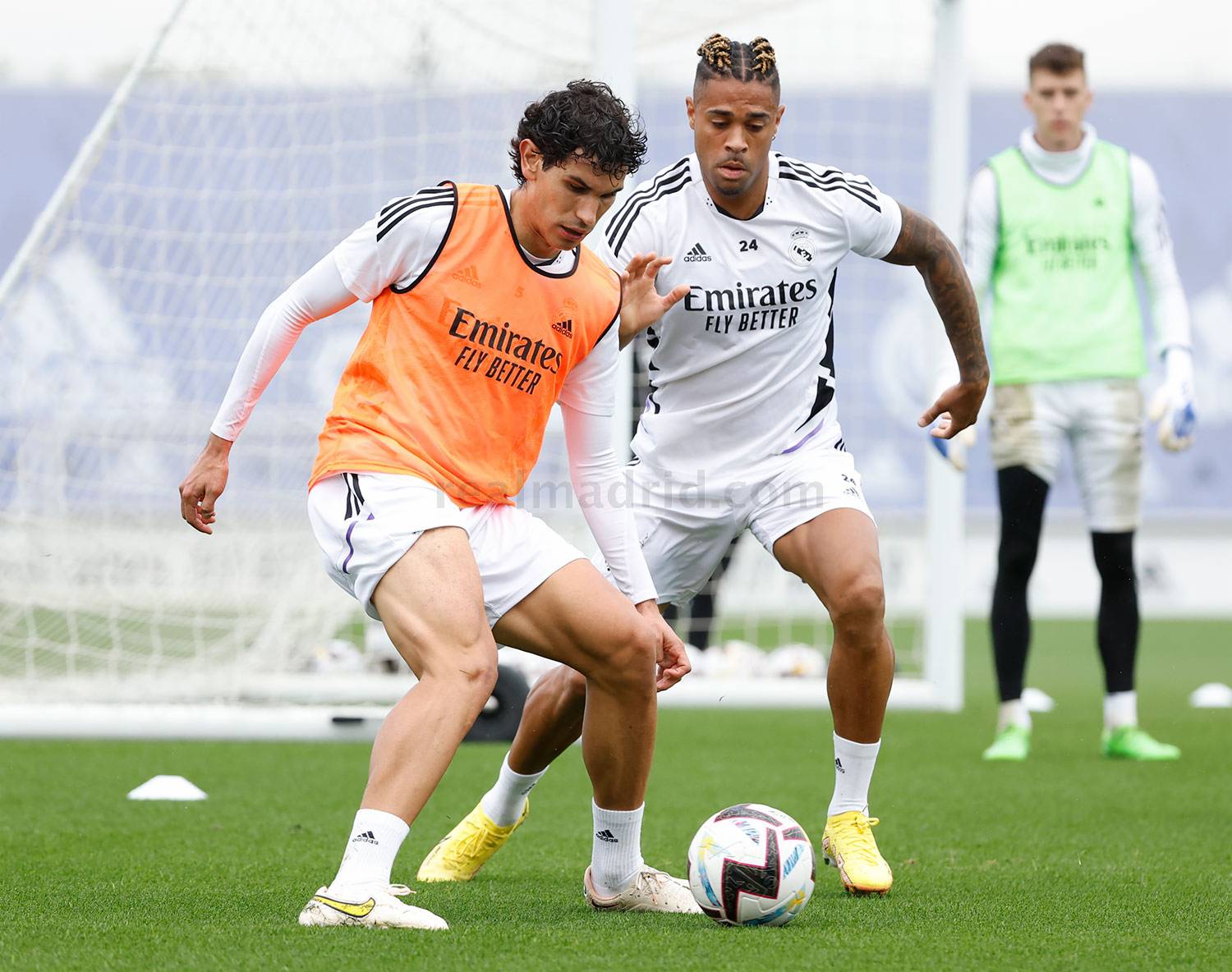 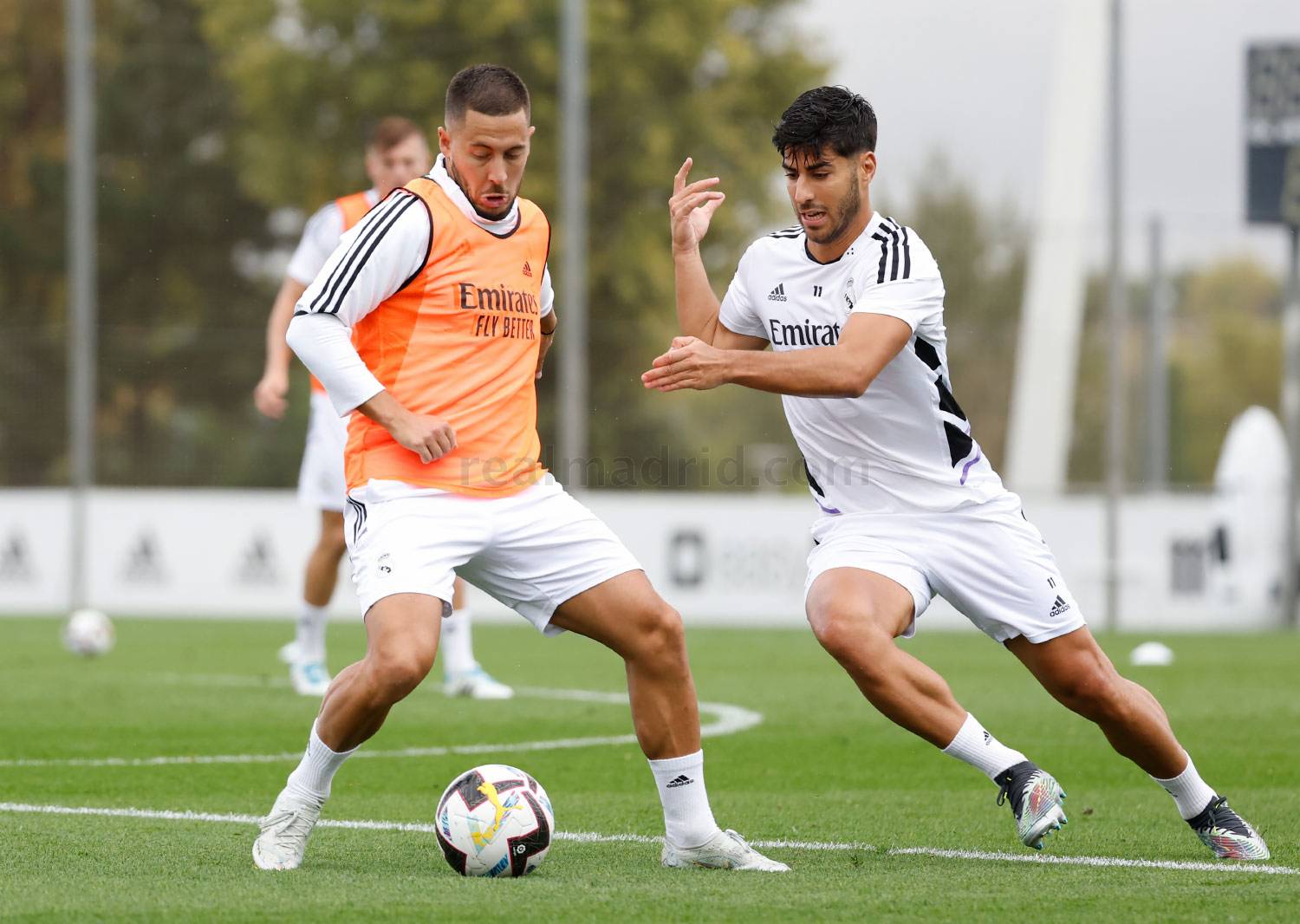 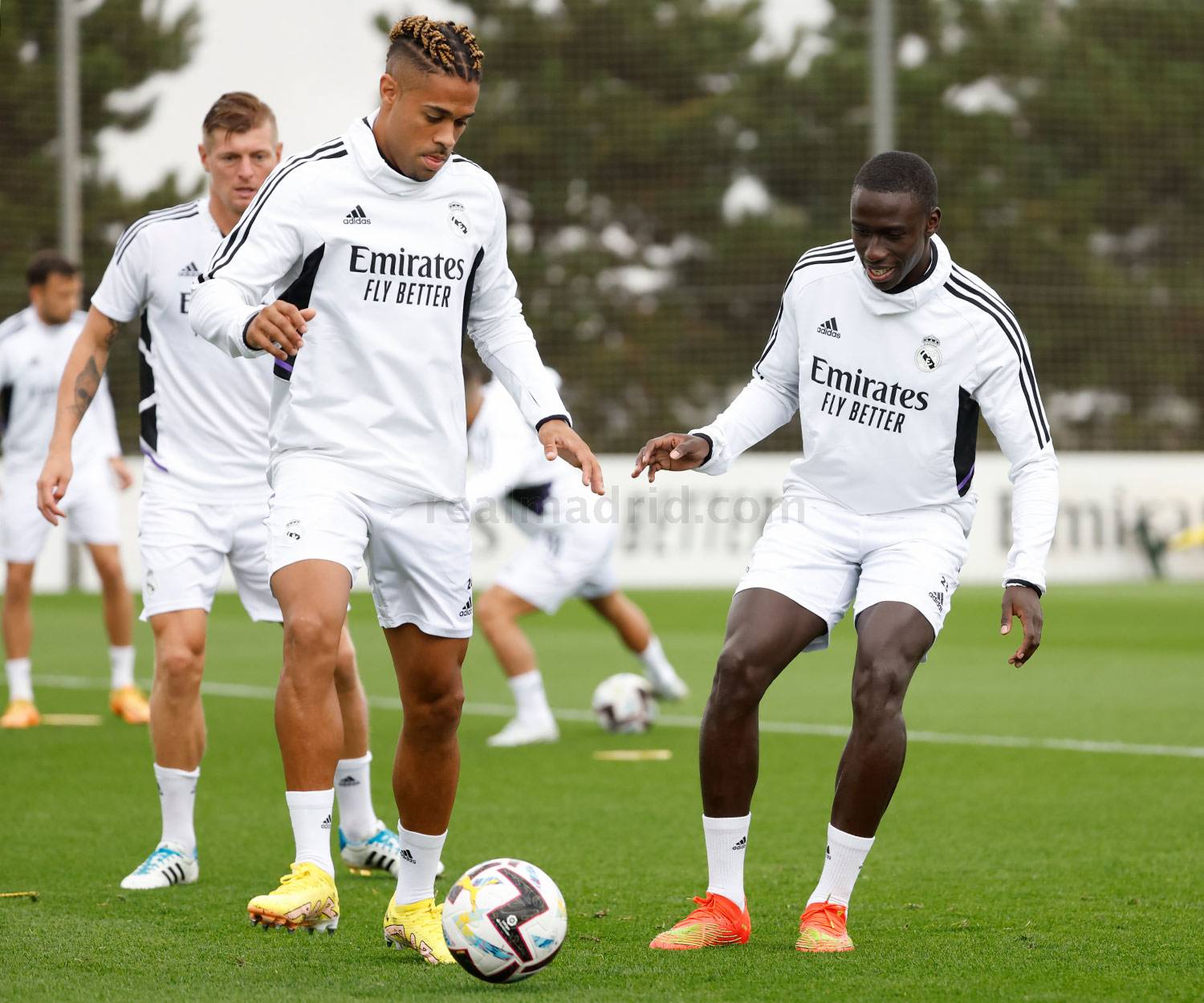 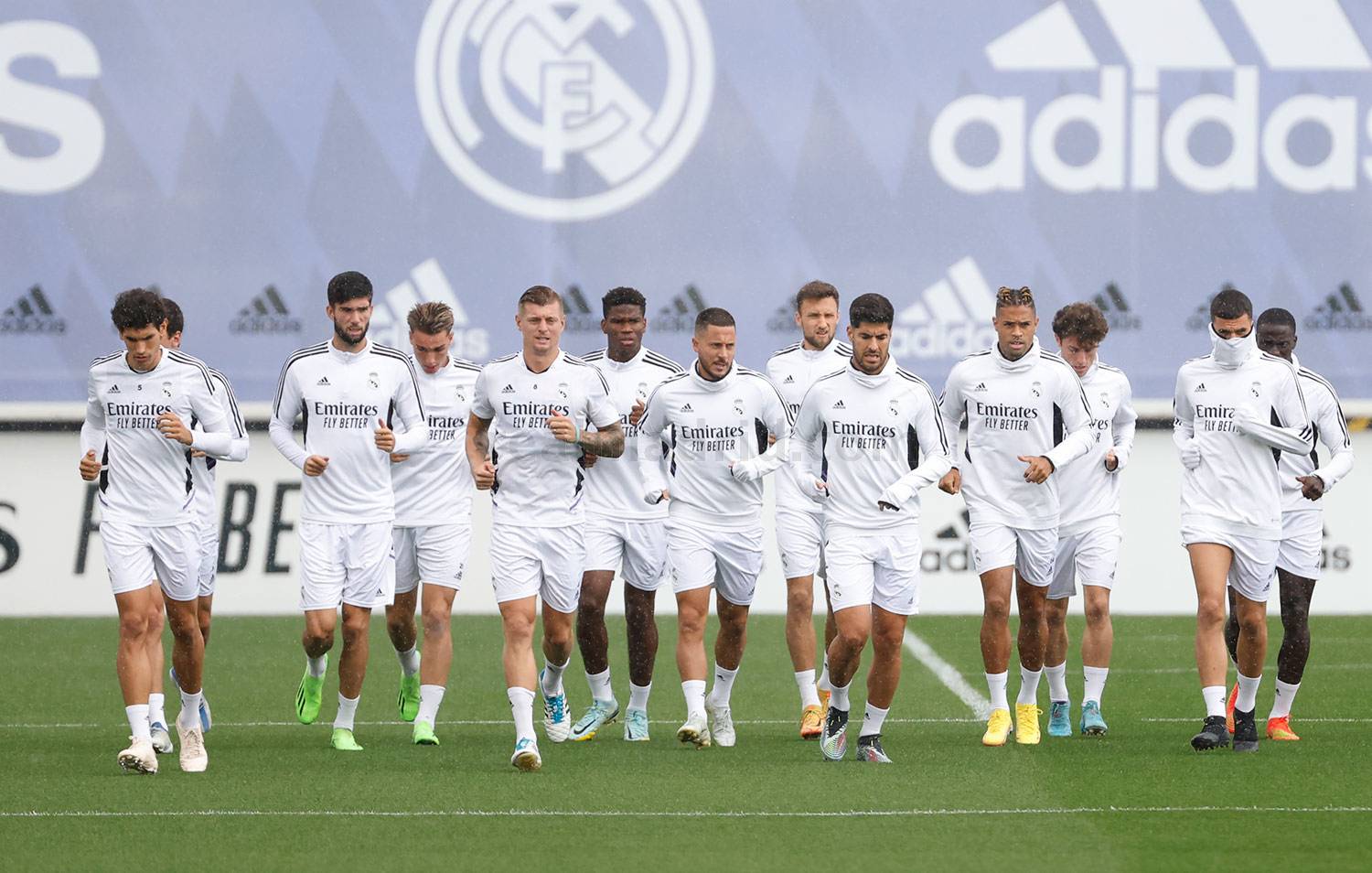