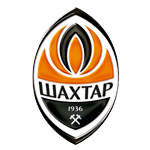 Real Madrid continued their unstoppable form on the road in the Champions League as Carlo Ancelotti’s men brushed Shakhtar Donetsk aside at Kiev’s Olympic Stadium, the very arena that witnessed the club lift its 13th European Cup crown (La Decimotercera). This triumph sees the Whites draw level with Sheriff at the summit of Group D. Krystsov’s own goal set the madridistas on their way following a fine first-half showing from the visitors. In a spell of just over 10 minutes following the restart, the Whites put the result beyond the hosts’ reach thanks to a Vini Jr. brace. Whilst the fine link-up play that led to his first goal was a sight to behold, the Brazilian’s individual run for his second goal was simply sublime. Vini Jr. later turned provider when he set Rodrygo up for the fourth of the night in the 65th minute, before Karim Benzema, who landed the Man of the Match honours, rounded off the rout in added time.

The teams served up a high-intensity first half in which there were barely any fouls. Our team fashioned the first chance of the night, when Benzema’s left-footed effort from the edge of the area flashed wide of the target with just three minutes played. In the very next move, Kroos tried his luck with a long-range effort that drew an impressive stop from Trubin in the home goal. The minutes continued to tick by and Real Madrid were still posing a goal threat. The opening goal duly materialised in the 37th minute. Lucas Vázquez’s sought to pick out Karim Benzema with a ball over the top and in his efforts to clear his lines, Krystsov contrived to plant the ball into his own net.  Ancelotti’s charges could have doubled their advantage before the interval, but the hosts’ custodian kept them at bay in the 42nd minute when he produced an excellent diving save to keep Benzema’s snapshot from the edge of the area out.

Six minutes after the break and the tide of the game turned. Benzema won the ball back out wide before laying it off to Modrić, the Croatian's first-time pass to the unmarked Vinicius Jr. was delightful as the Brazilian's subtle finish provided the killer touch. Vinicius Jr. was again the star of the show in the 57th minute, not content with his previous goal, he beautifully crafted his second with a sublime finish. The forward picked up the ball on the edge of the area, dribbled past two defenders and, when it looked like he was about to pull the trigger, cut inside with his left foot and slotted home.

Vinicius Jr. continued to pull the strings, and soon after set up Rodrygo for the fourth goal in the 65th minute. Ferland Mendy, returning from injury to make his first appearance of the season, was replaced in the 69th minute by Marcelo, who made his 100th Champions League appearance tonight. Real Madrid had the chance to bag another goal just a minute later as Rodrygo laid the ball off to Benzema, who was unable to beat Trubin in the one-on-one. The Frenchman managed to find a way past him in stoppage time, netting his eleventh goal in as many games this term to become the club's all-time fourth top scorer with 290 goals. 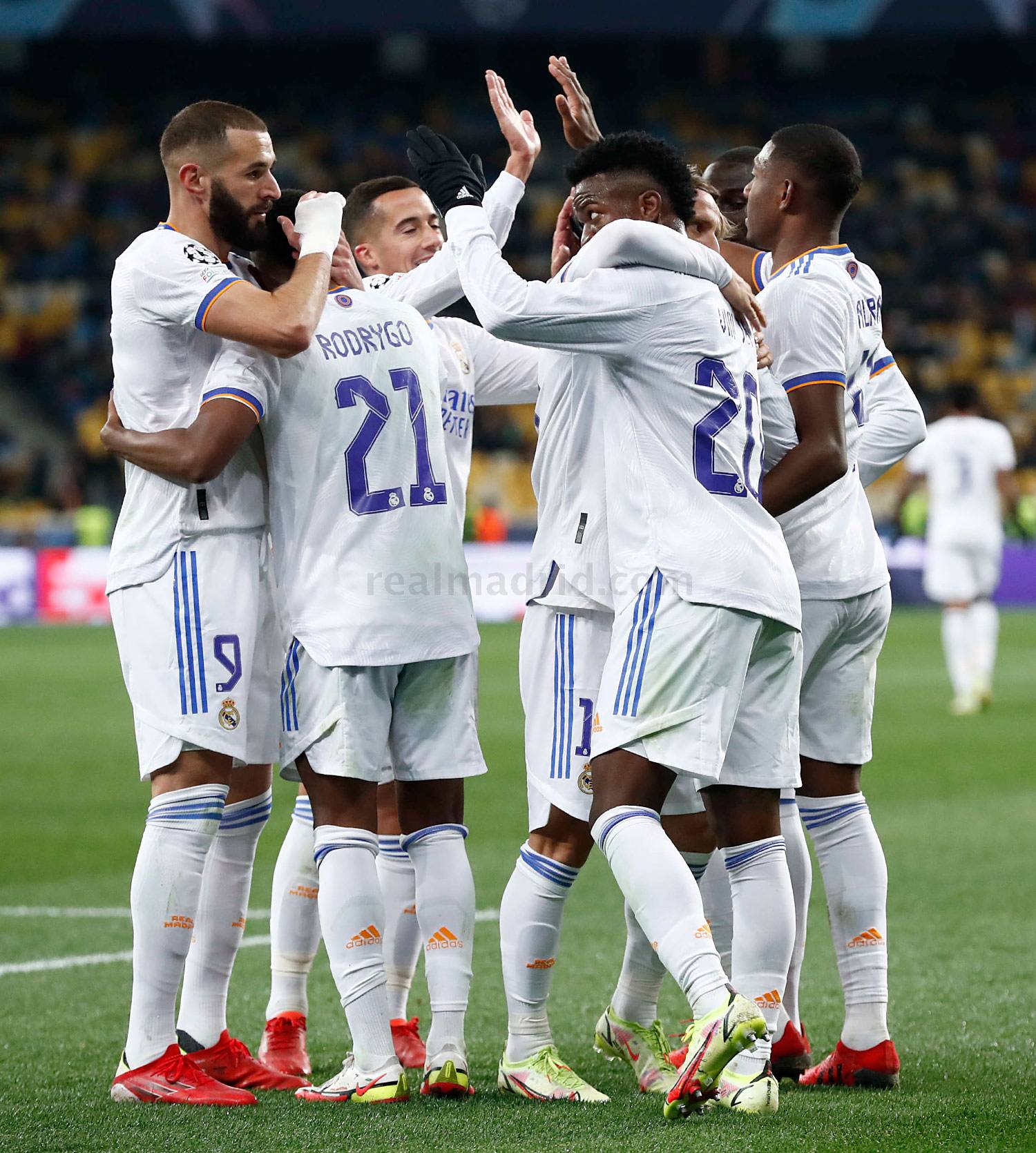 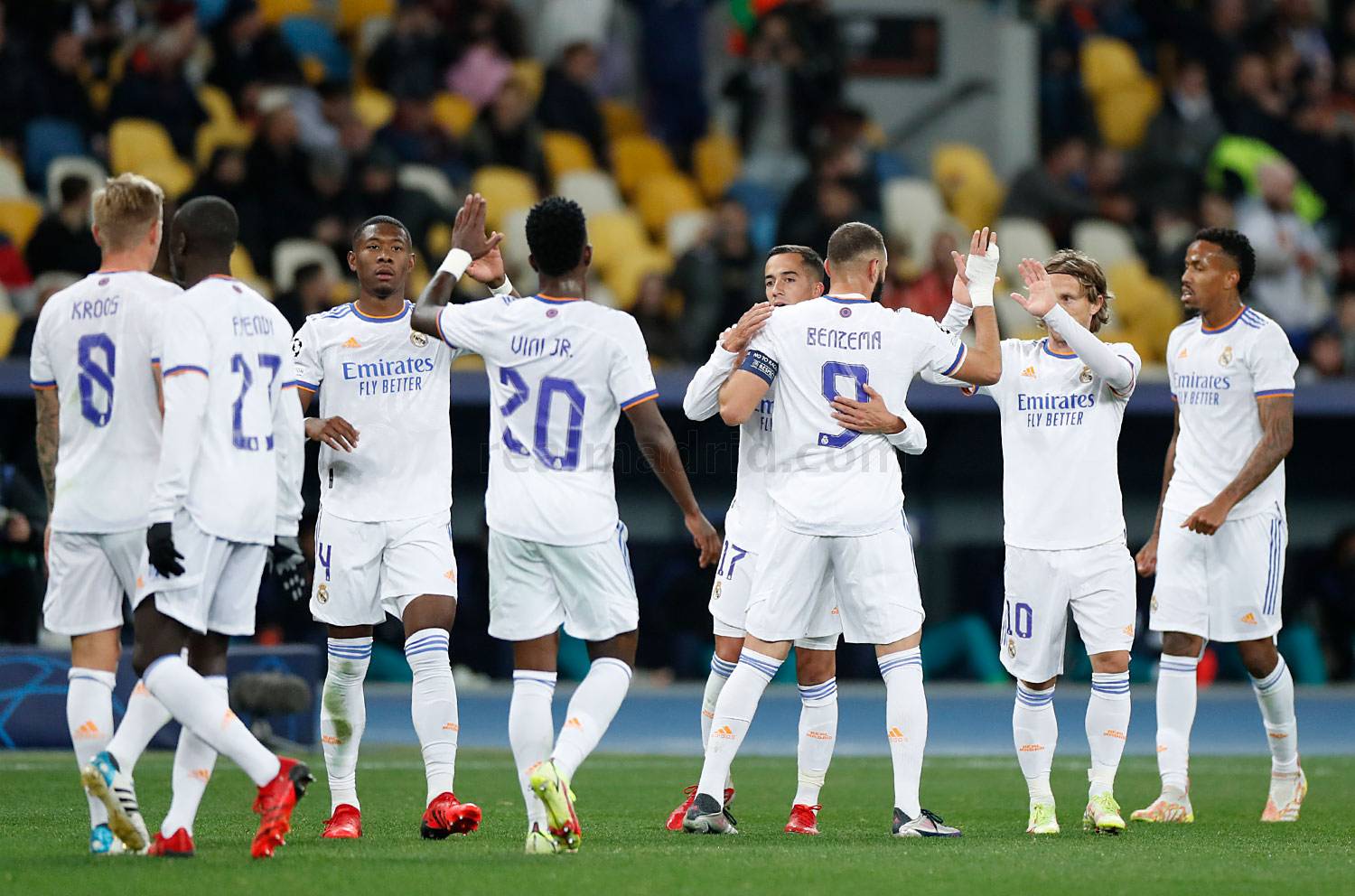 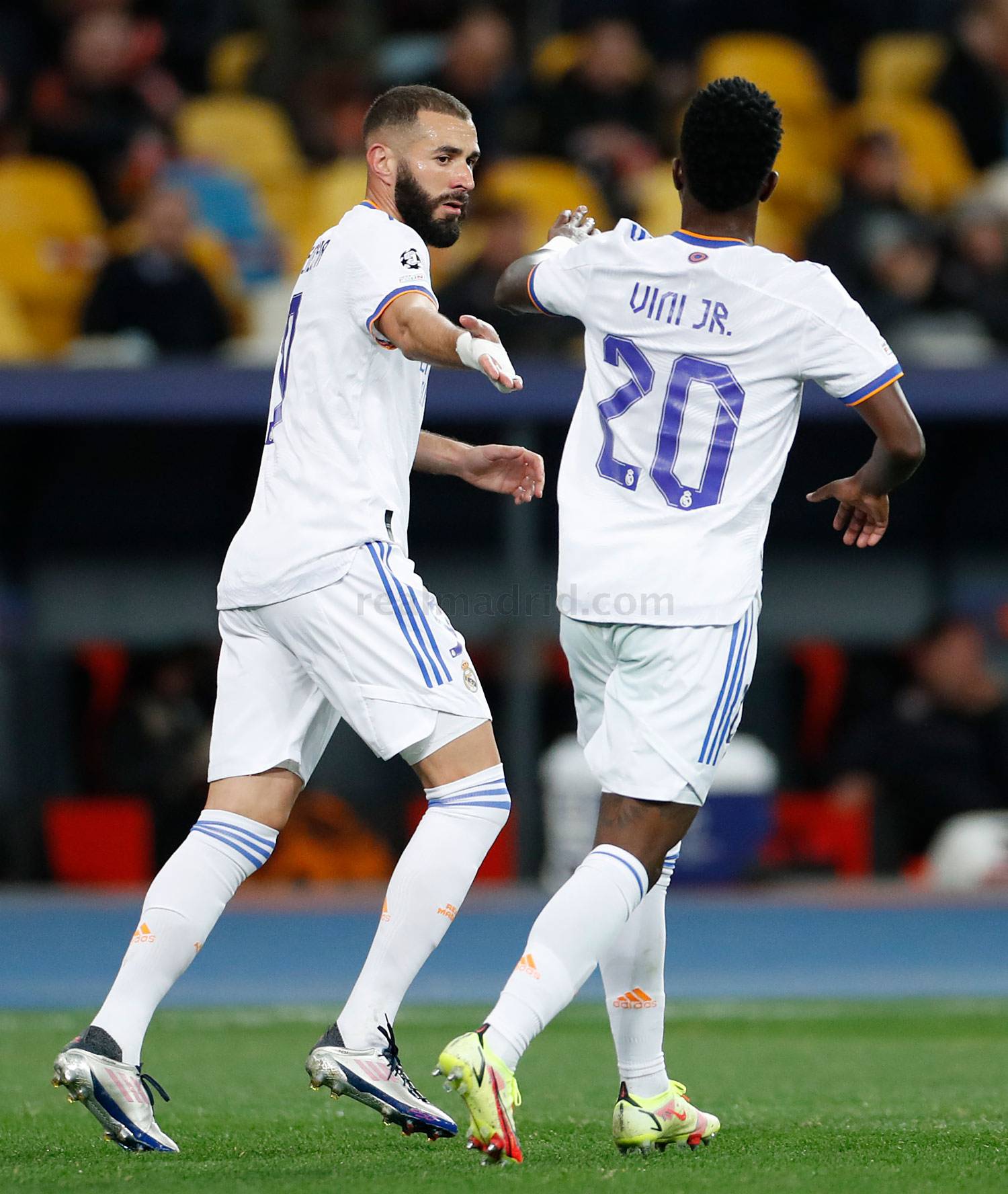 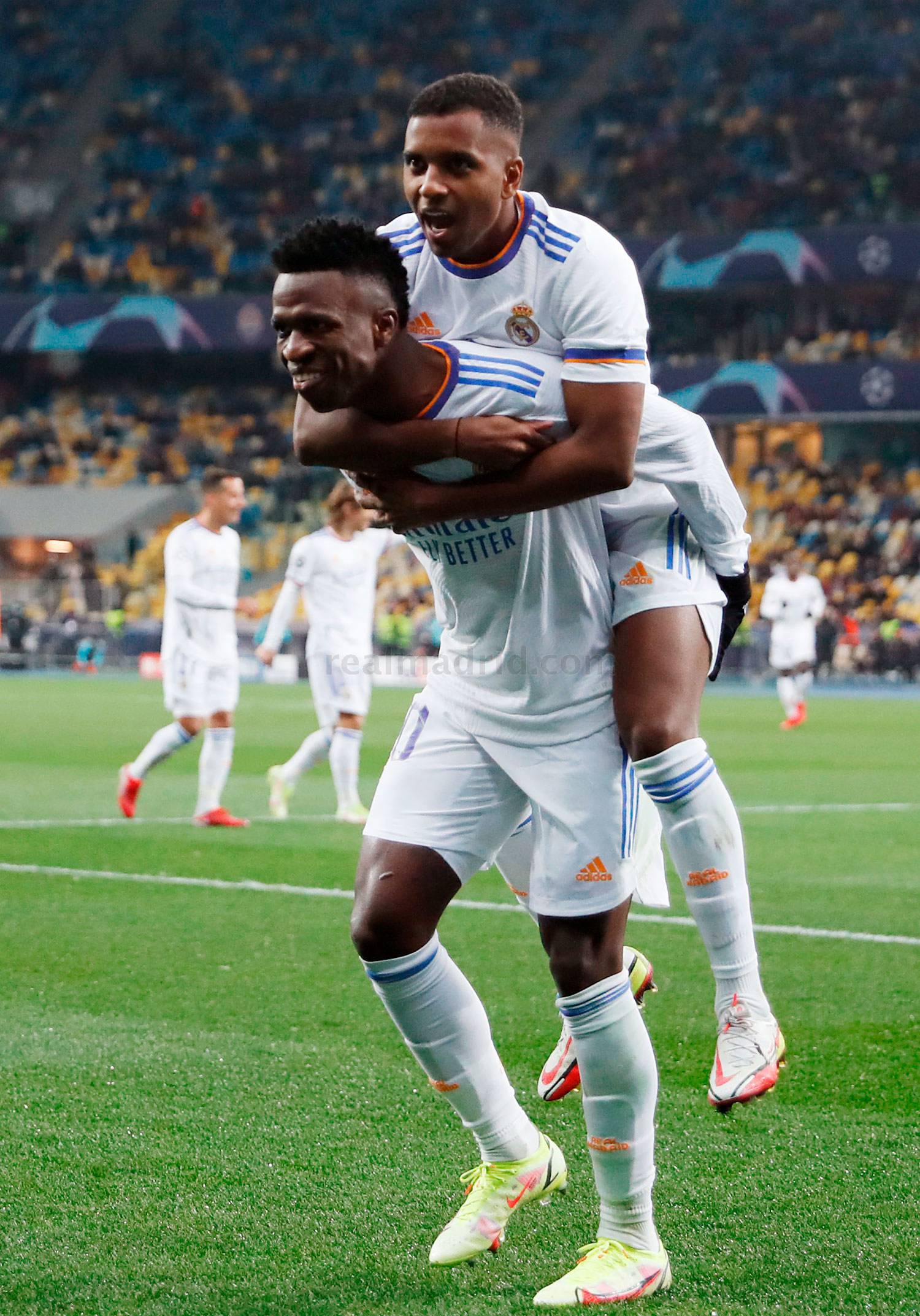 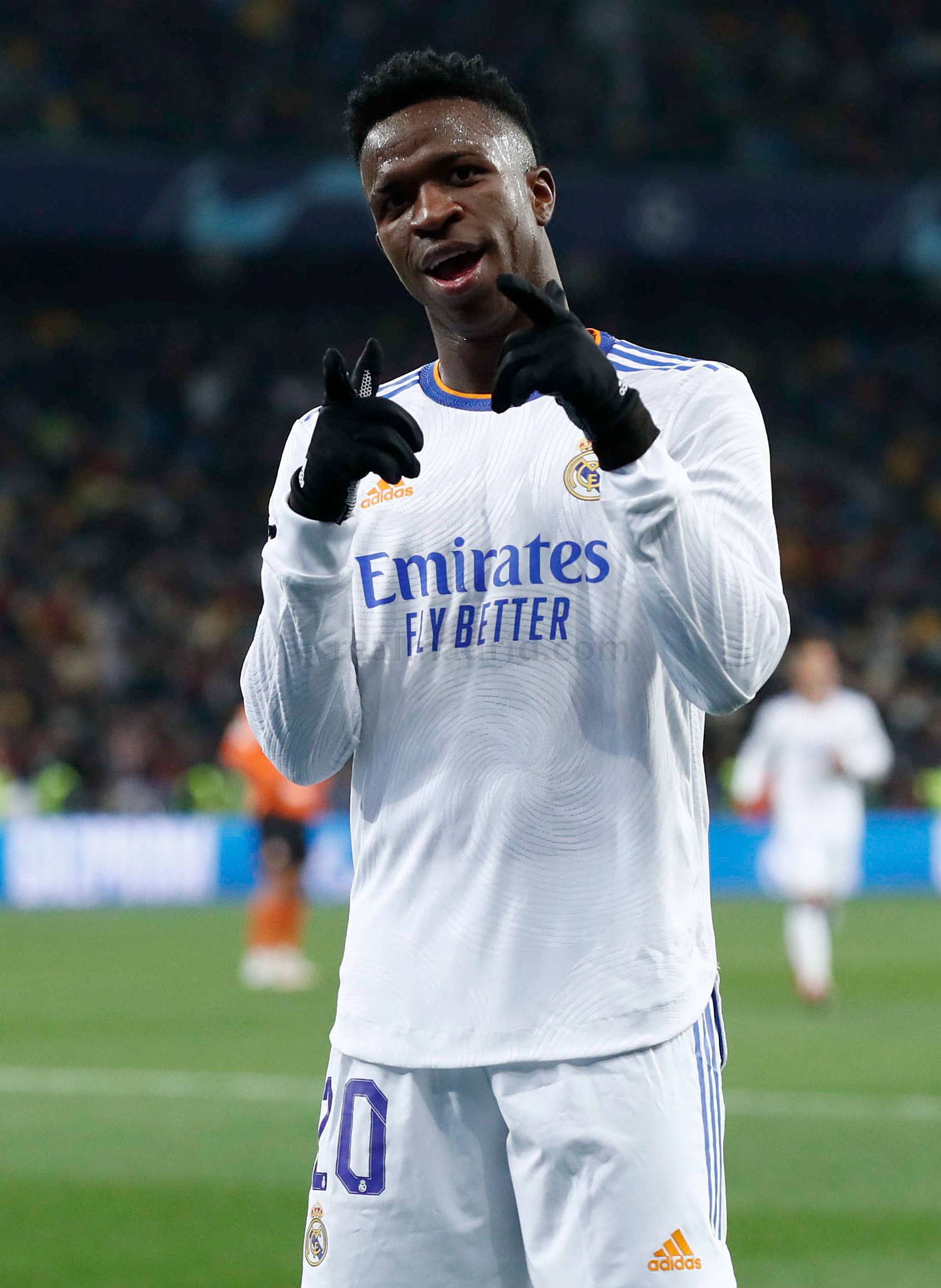 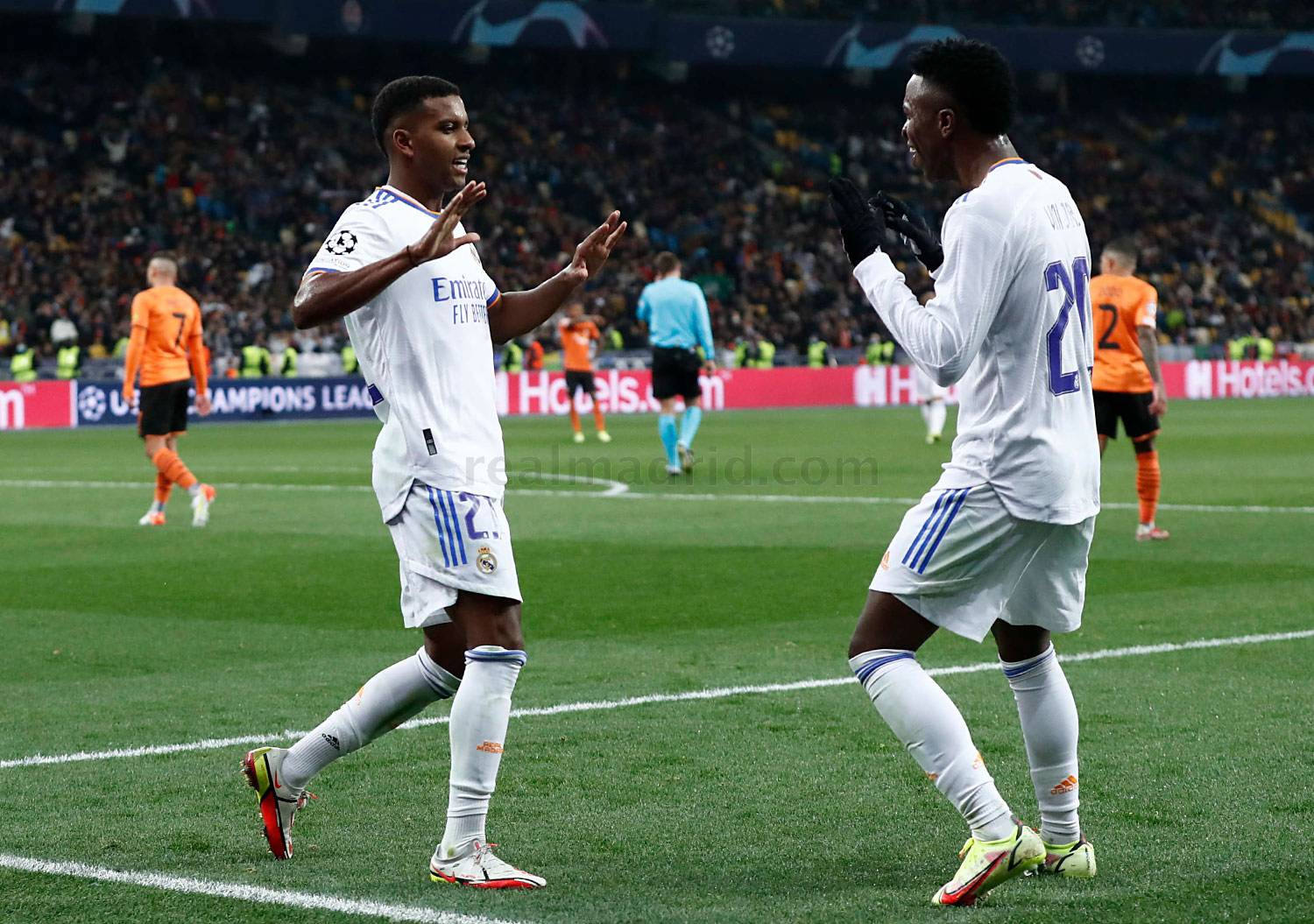 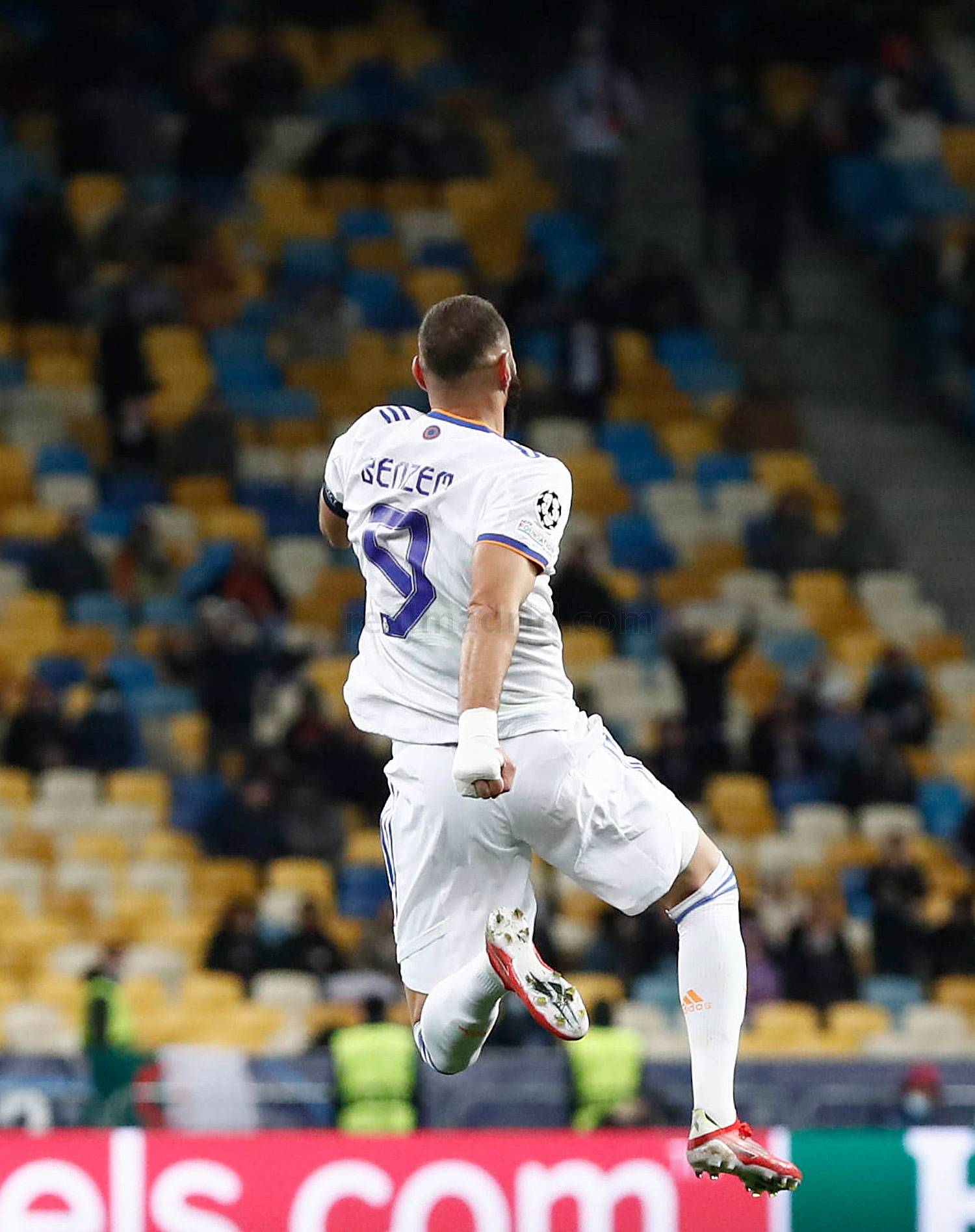 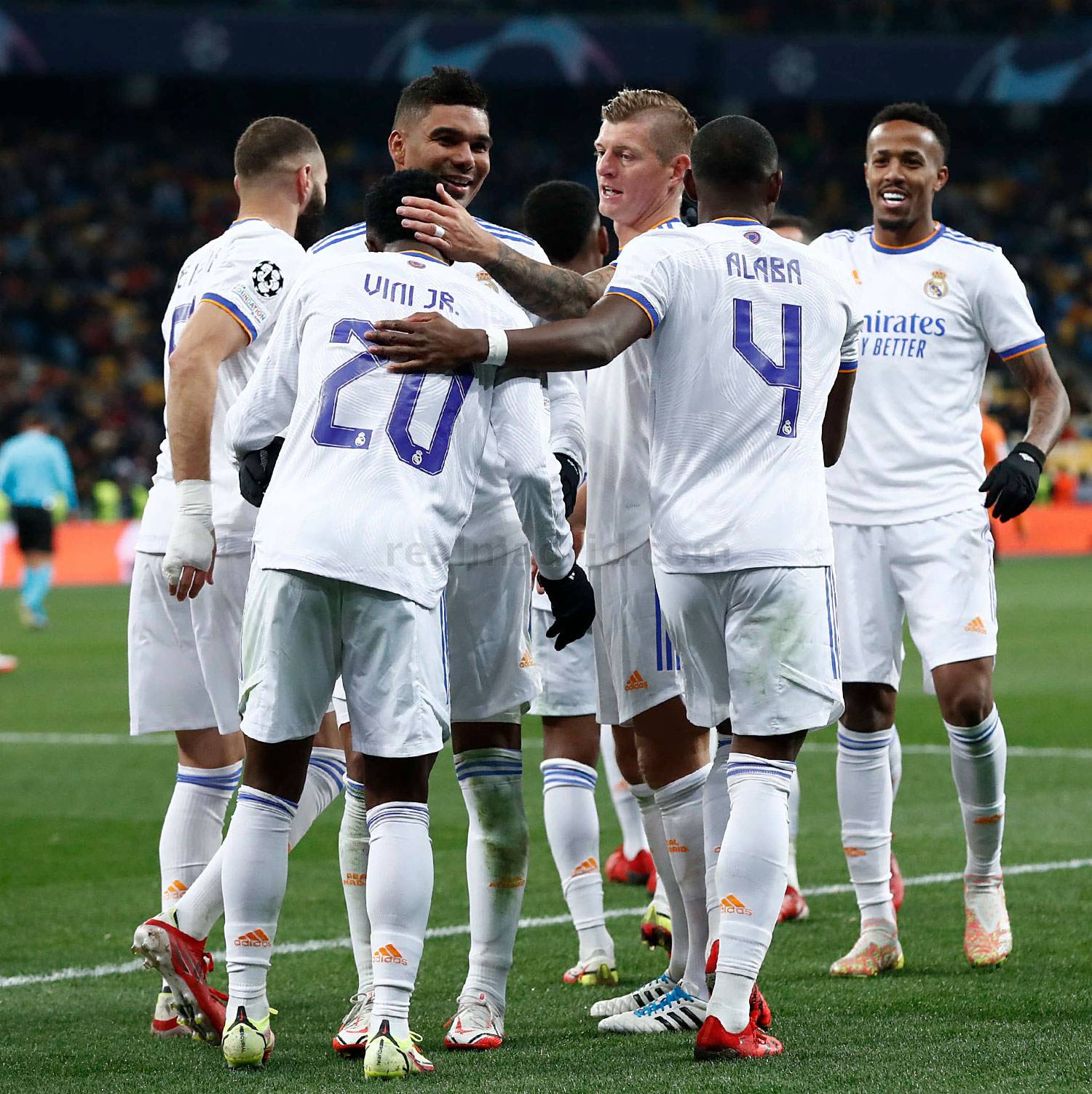 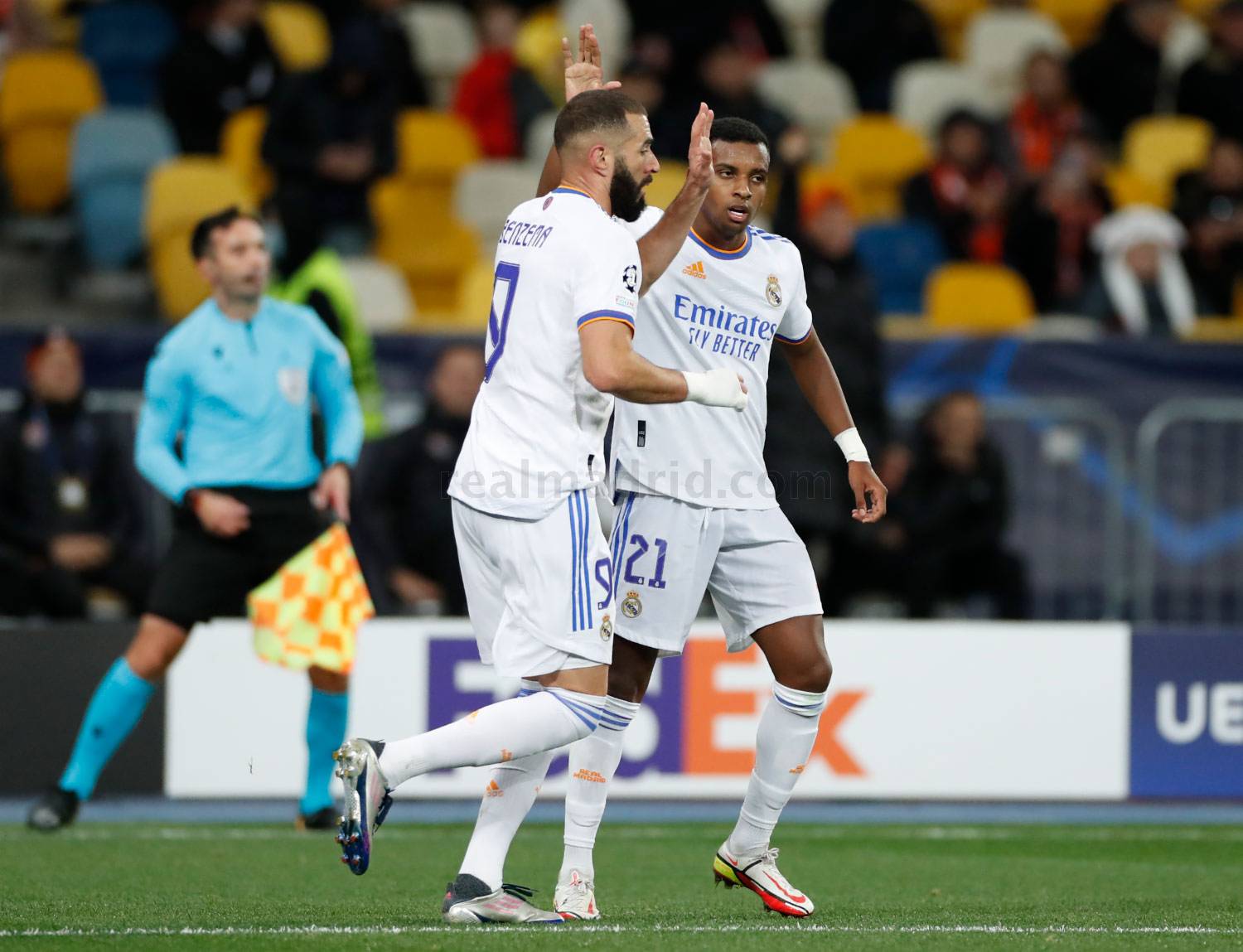 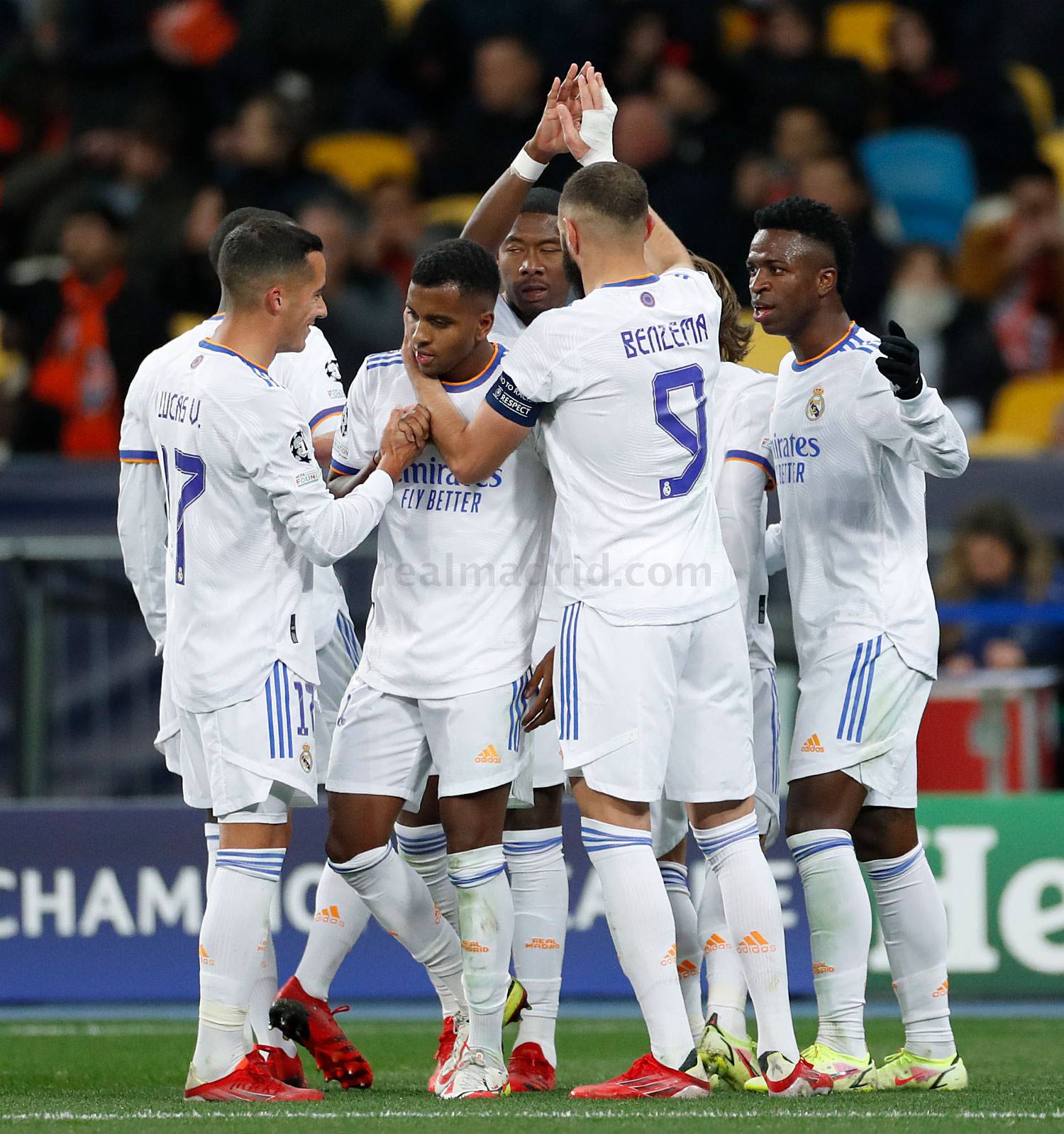 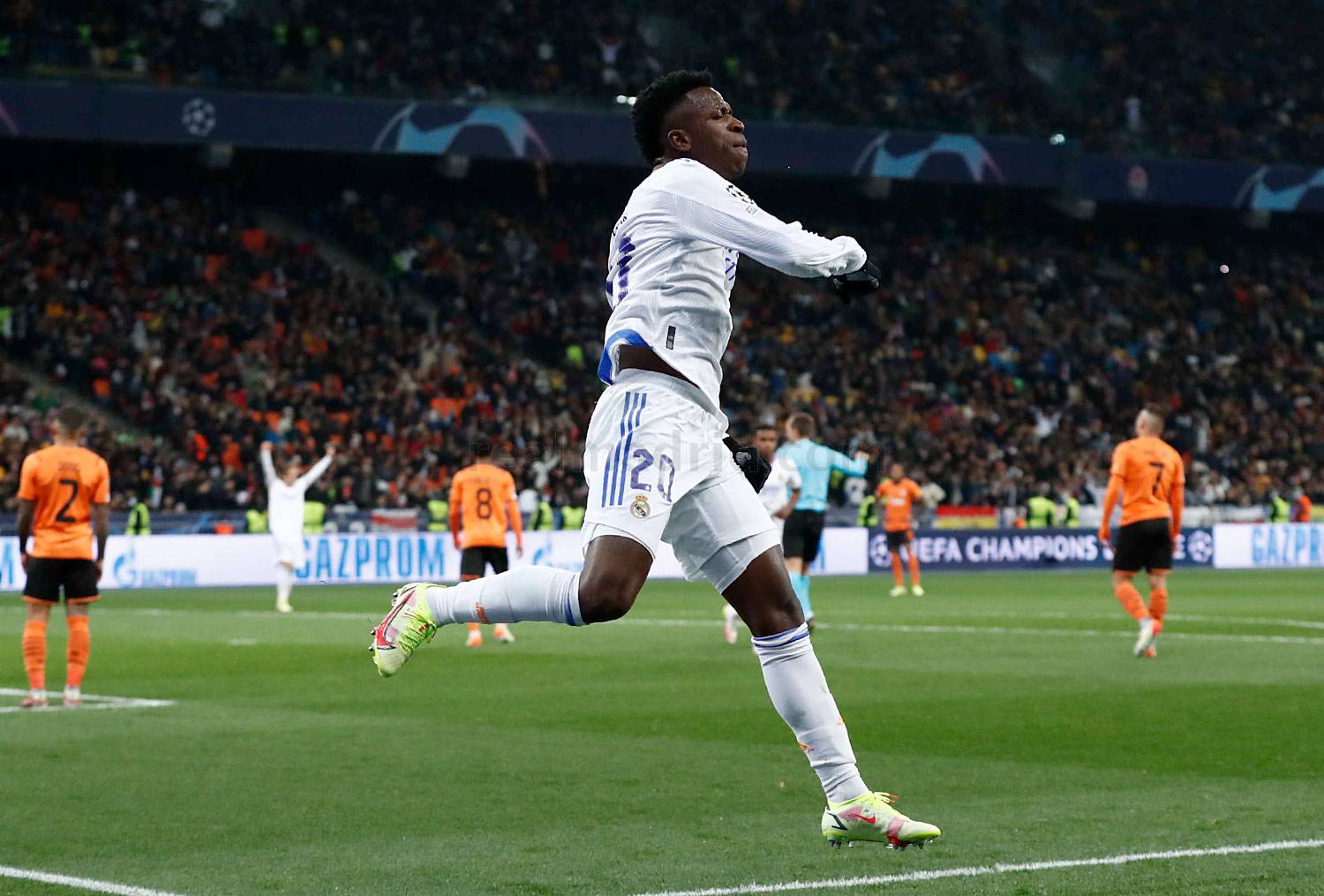 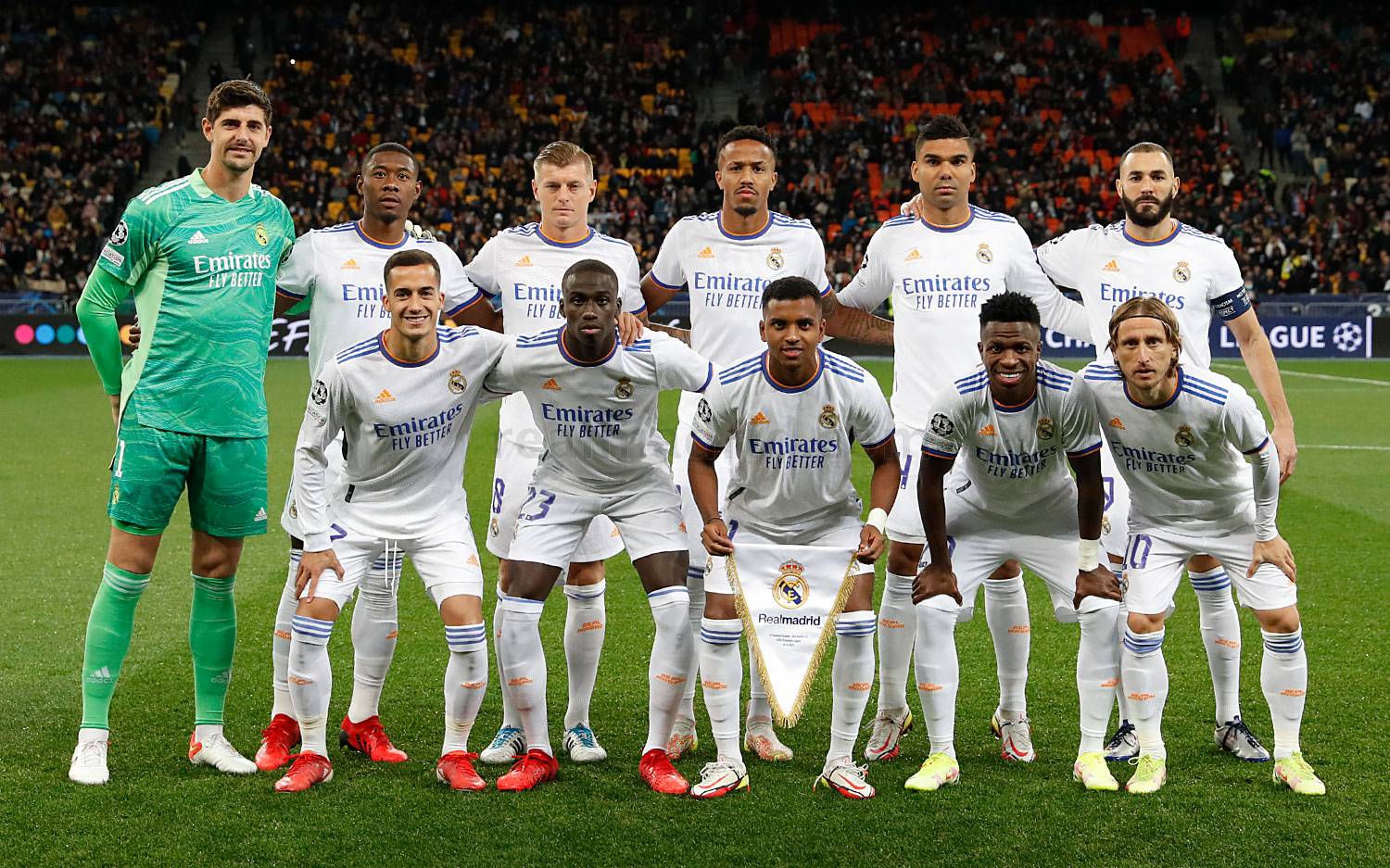 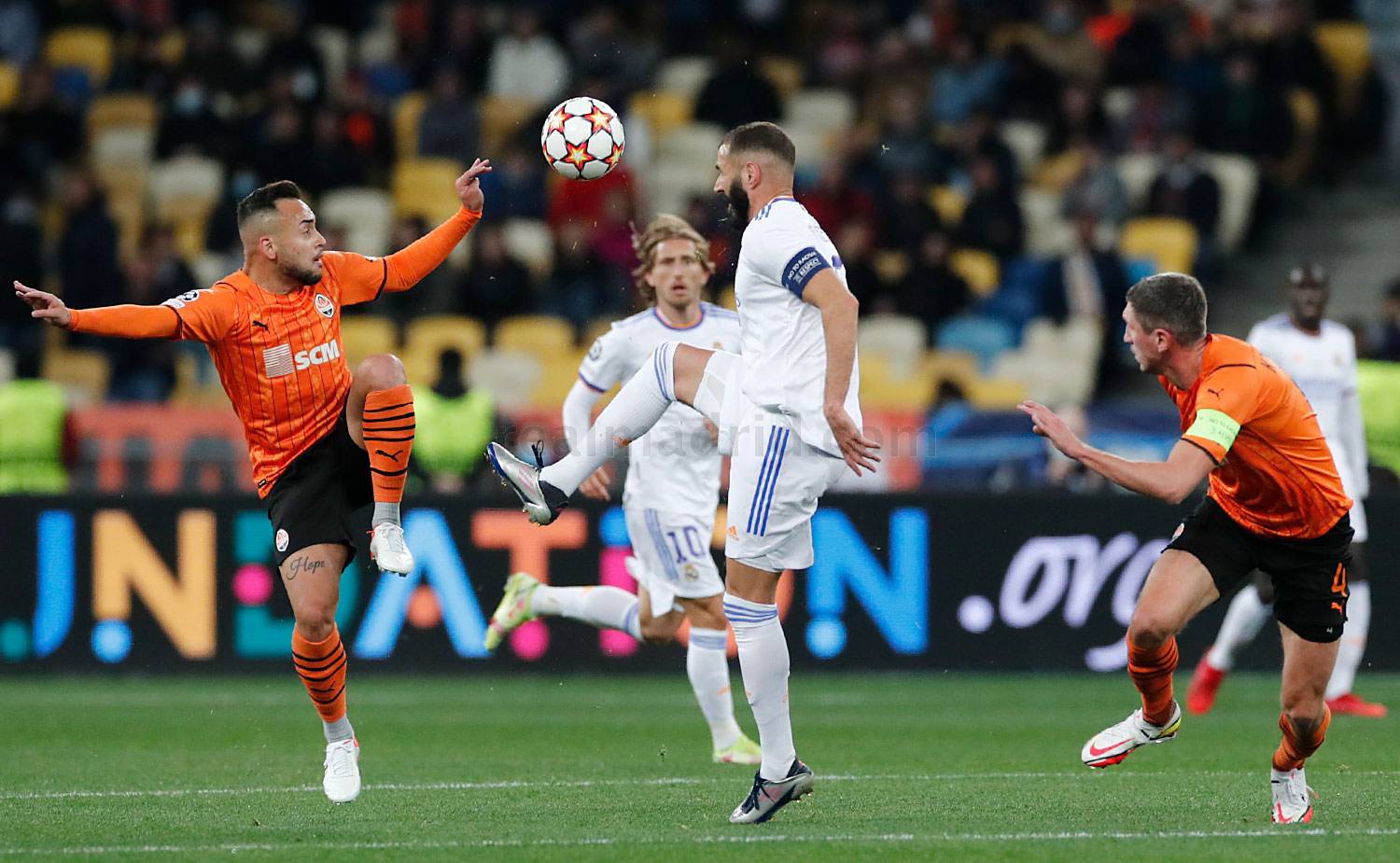 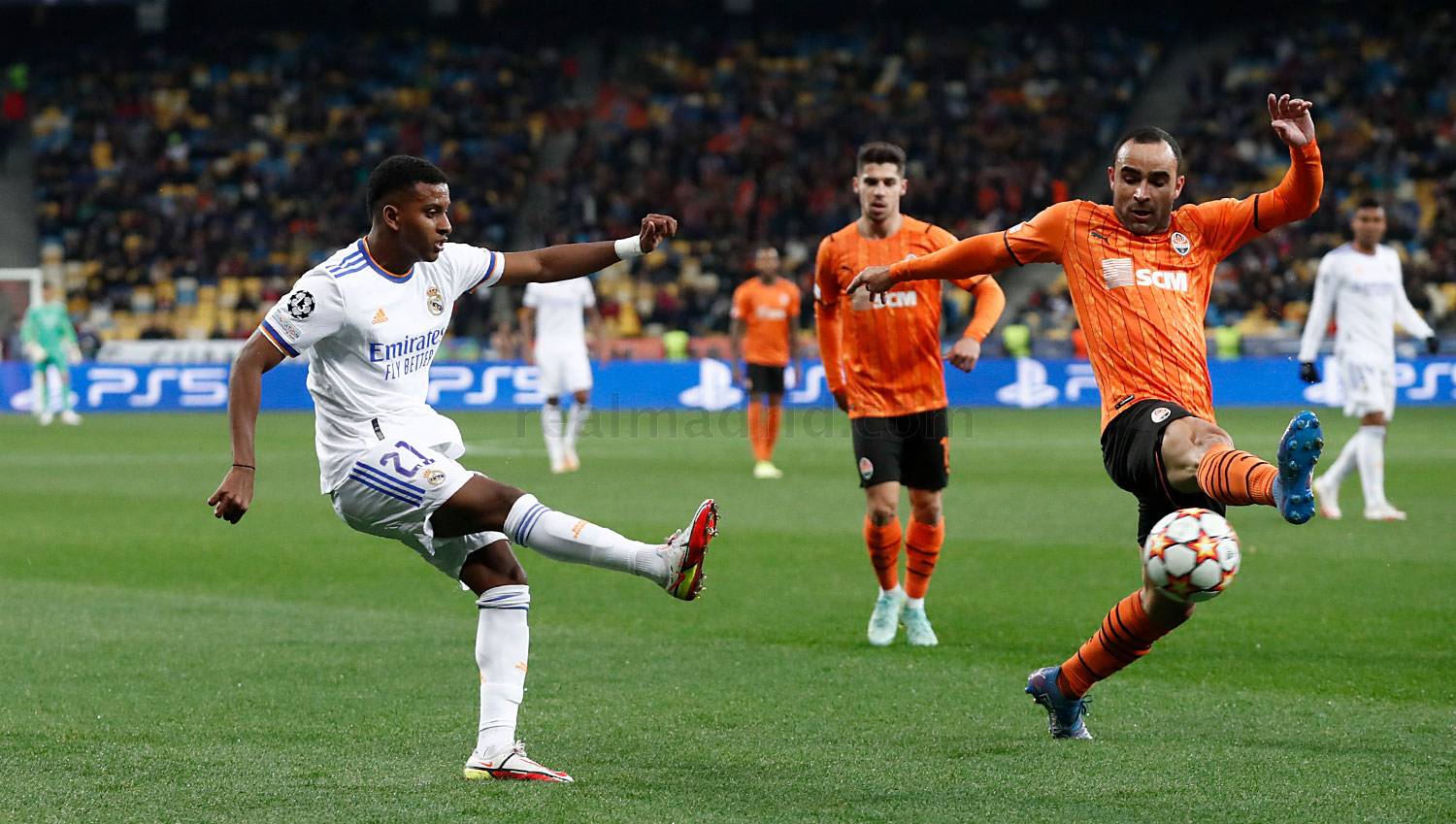 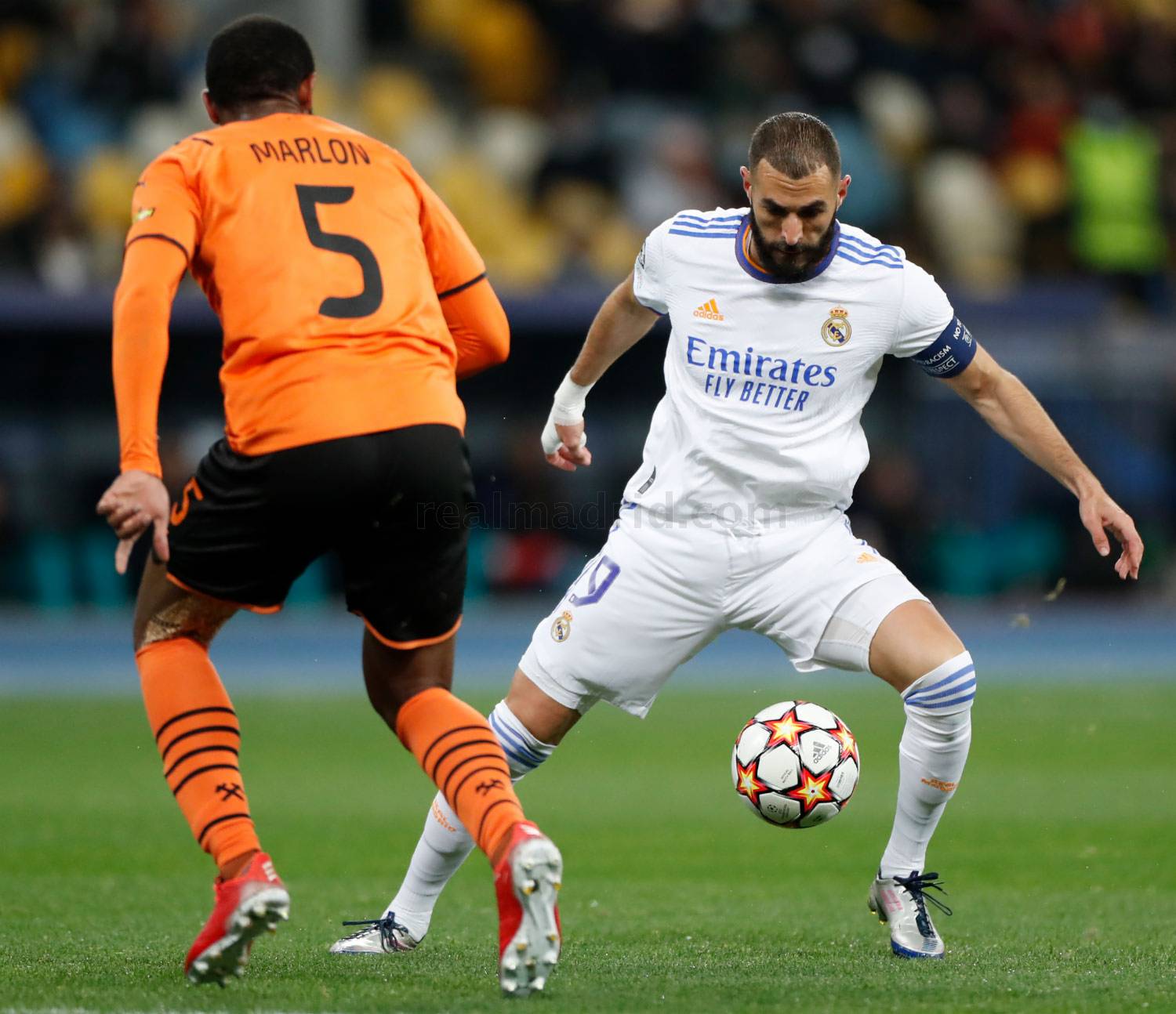 BENZEMA MAKES IT 11 GOALS IN AS MANY GAMES

The French forward again showed his eye for goal, netting against Shakhtar Donetsk and adding to his tally. He has now scored two goals in the Champions League, with the other nine coming in LaLiga. The Frenchman has also become the club's fourth top all-time goalscorer with 290 goals.

Marcelo made his 100th Champions League appearance in the meeting with Shakhtar, whilst Casemiro chalked up his 200th win as a madridista in Kiev.