Defeat at hands of Sheriff 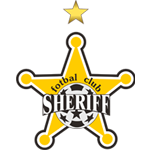 Benzema was on target for Real Madrid, who fashioned numerous chances to have won the game.

Real Madrid played all of the football and created a hatful of chances on the night Champions League action returned to the Santiago Bernabéu, but ultimately Sheriff Tiraspol’s clinical streak saw them secure the spoils. A Karim Benzema spot-kick hauled Madrid level in the 65th minute after Yakhshiboev had handed the visitors the lead in the first half. However, on 90’, Thill won the contest for his side with a strike from range. By way of a foretaste of what was to come, Madrid fashioned the first opening of the night, with Benzema’s free-kick calling Athanasiadis into action with 18 minutes on the clock. The next Madrid player to try their luck was Fede Valverde, whose shot from a slightly tight angle flew over the bar six minutes later. However, the very next move saw the visitors hit the front. Cristiano played in a cross that was met by Yakhshiboev, whose bullet header flew past Thibaut Courtois. From that point on and up until the break, it was all Real Madrid. In the 31st minute, Benzema’s cross was palmed away by the goalkeeper and Casemiro, positioned on the goal line, failed to get to the ball.

Further chances
Virtually every minute that ticked by saw Carlo Ancelotti’s charges create a decent opening. Vinicius Jr. picked the ball up on the edge of the box on 35’ and contrived to send his effort narrowly over the frame of the goal. Eden Hazard then came close when he tried to find the far corner in the 36th minute and Nacho failed to turn the ball home after Athanasiadis got a hand to the shot. The next move saw Benzema collect the ball on the edge of the box and his curling effort spun just wide of the upright. There was still time for the hosts to fashion another two chances before the interval. Hazard sent in a cross-shot with 41 minutes played and two minutes later, Casemiro fired in a long-range effort that forced the visitors’ goalkeeper to showcase all of his agility.

Video.1-2: Defeat at hands of Sheriff

After the re-start, the game continued in very much the same way, with Sheriff hanging onto their lead and defending deep in their own half, while Real Madrid carved out chance after chance. Hazard’s low shot from the edge of the box on 56' was pushed away well once again by Athanasiadis and before the visitors could clear their lines Alaba swung in a cross that was met by Eder Militão, but his header was off target. The minutes ticked away and on 61’ Madrid appealed for a penalty when Vinicius Jr. went down after a challenge from Constanza. The referee initially waved play-on, and then after consulting the VAR confirmed the decision again. However, one minute later another challenge on the Brazilian by Addo was revised by the VAR referee and this time the penalty was awarded. Benzema fired the resulting spot-kick into the top corner to bring the hosts level.

Ancelotti then threw on Jović, Modrić, Kroos and Rodrygo in place of Hazard, Nacho, Miguel and Casemiro, and the impact was immediate. On 75’, Benzema linked up well with Modrić, and the Croat’s shot struck Athanasiadis full on in the face and rolled wide. Then the goalkeeper came to his side’s rescue again moments later when he saved a fierce strike by Militão from inside the area. The Whites threw everything at the visitors as they went in search of the winning goal. A Vinicius Jr. cut-back was fired over the crossbar by Rodrygo on 82’ and six minutes later Rodrygo crossed for Jović, but the striker’s effort hit his marker before tamely rolling into the hands of the keeper. Real Madrid created endless opportunities but in the 90th minute, a counter-attack by Sheriff Tiraspol saw Thill thunder the ball into the top corner on the half-volley. Madrid huffed and puffed and on 94’ Valverde’s effort deflected off Dulanto and onto the post. 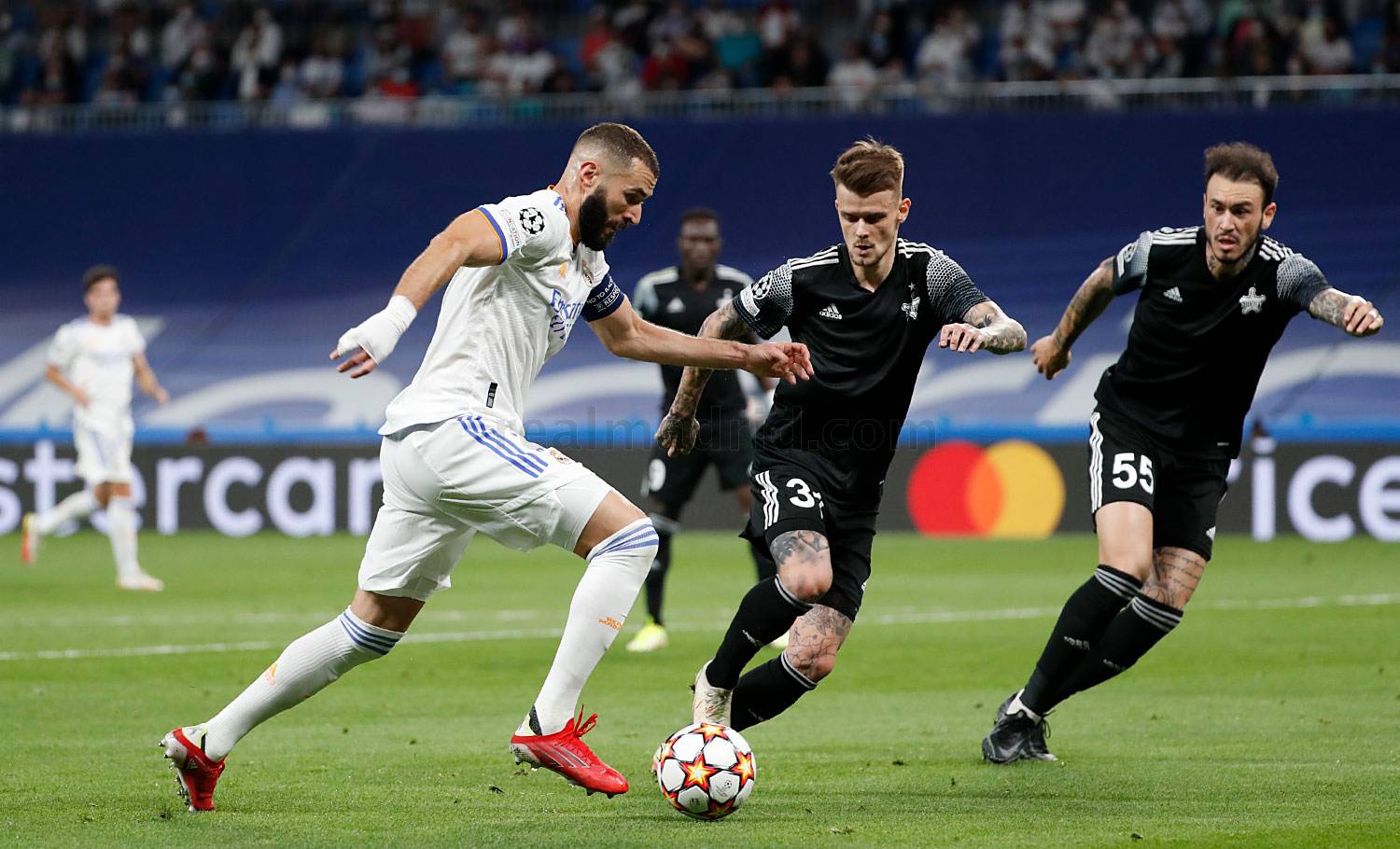 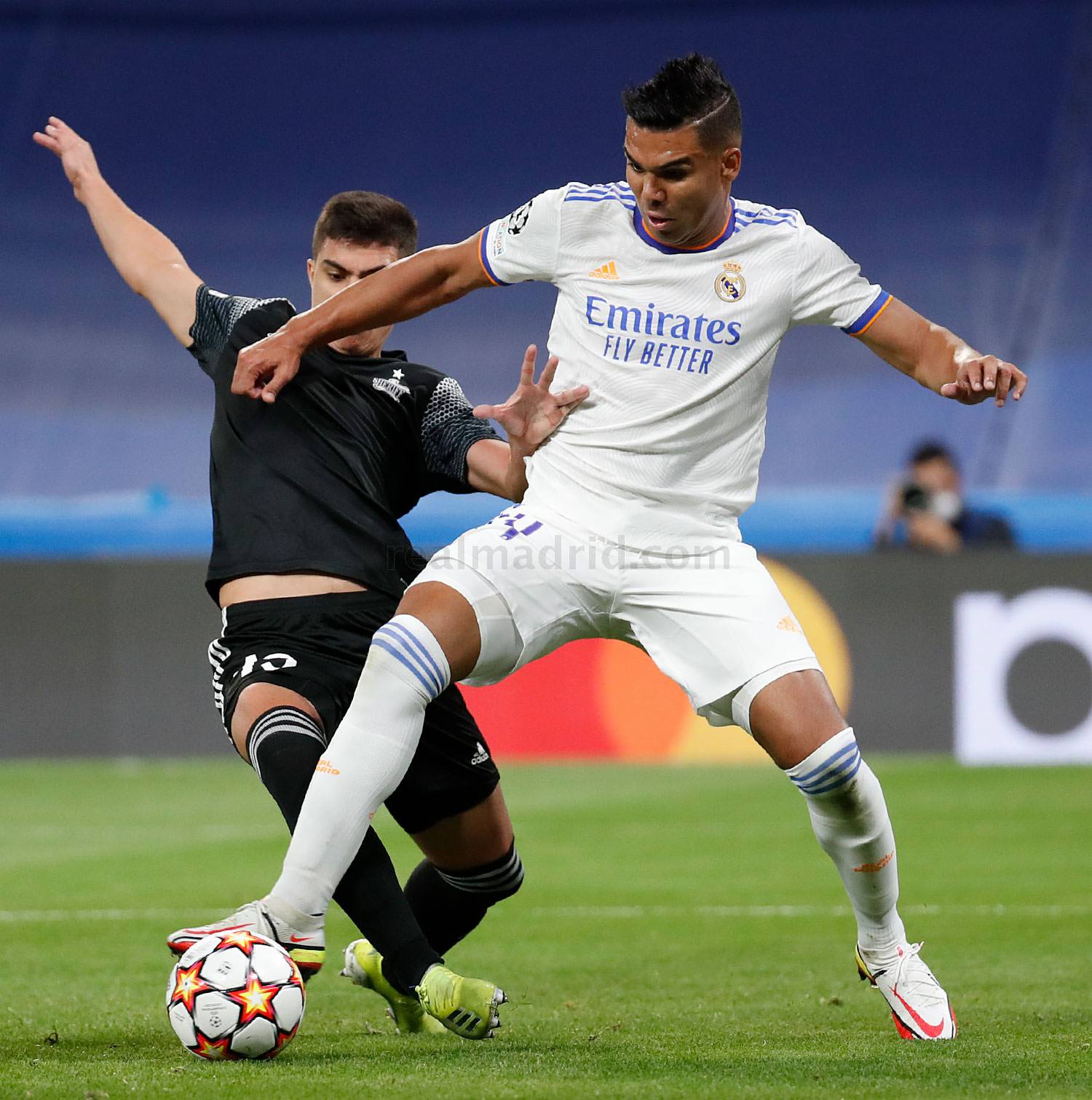 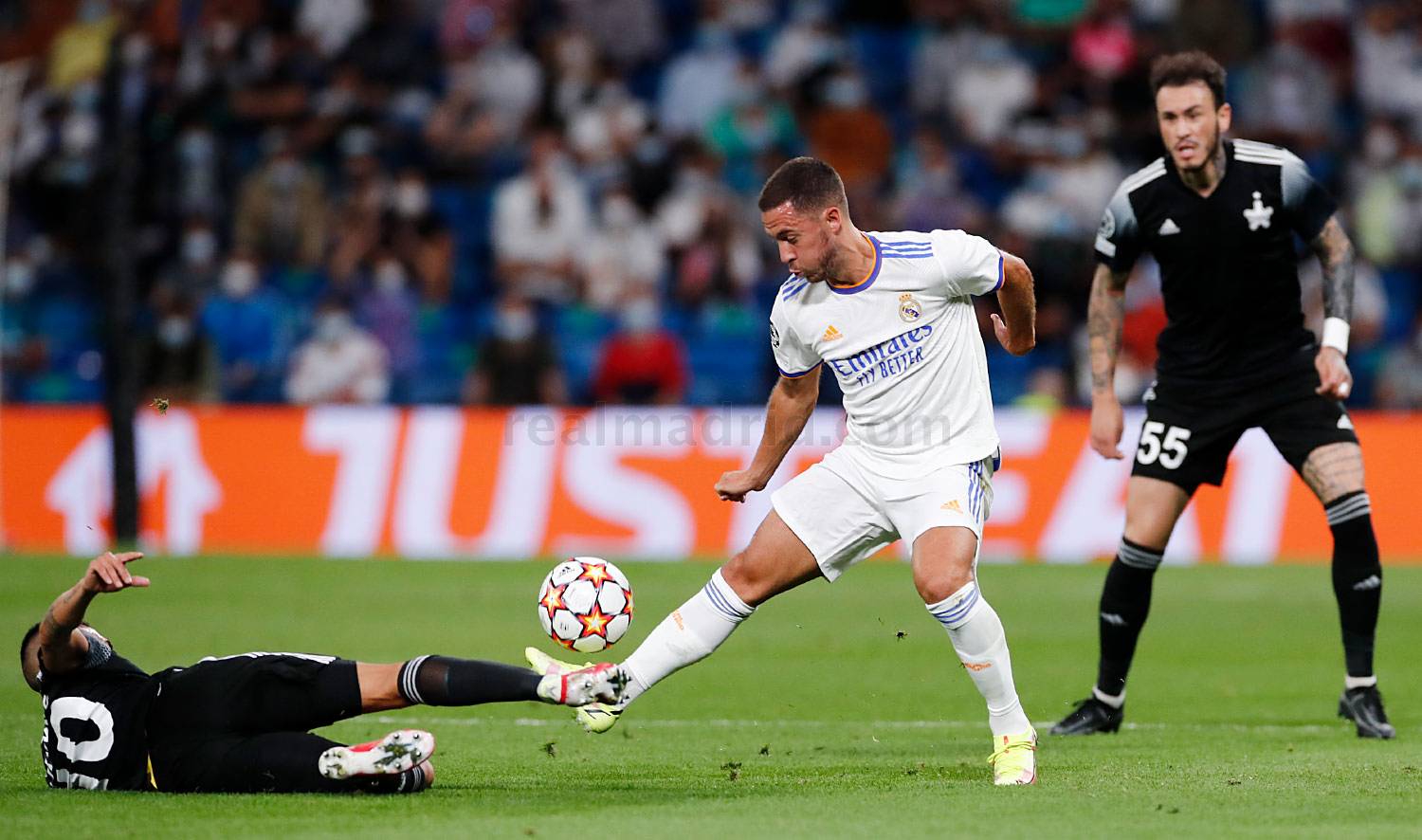 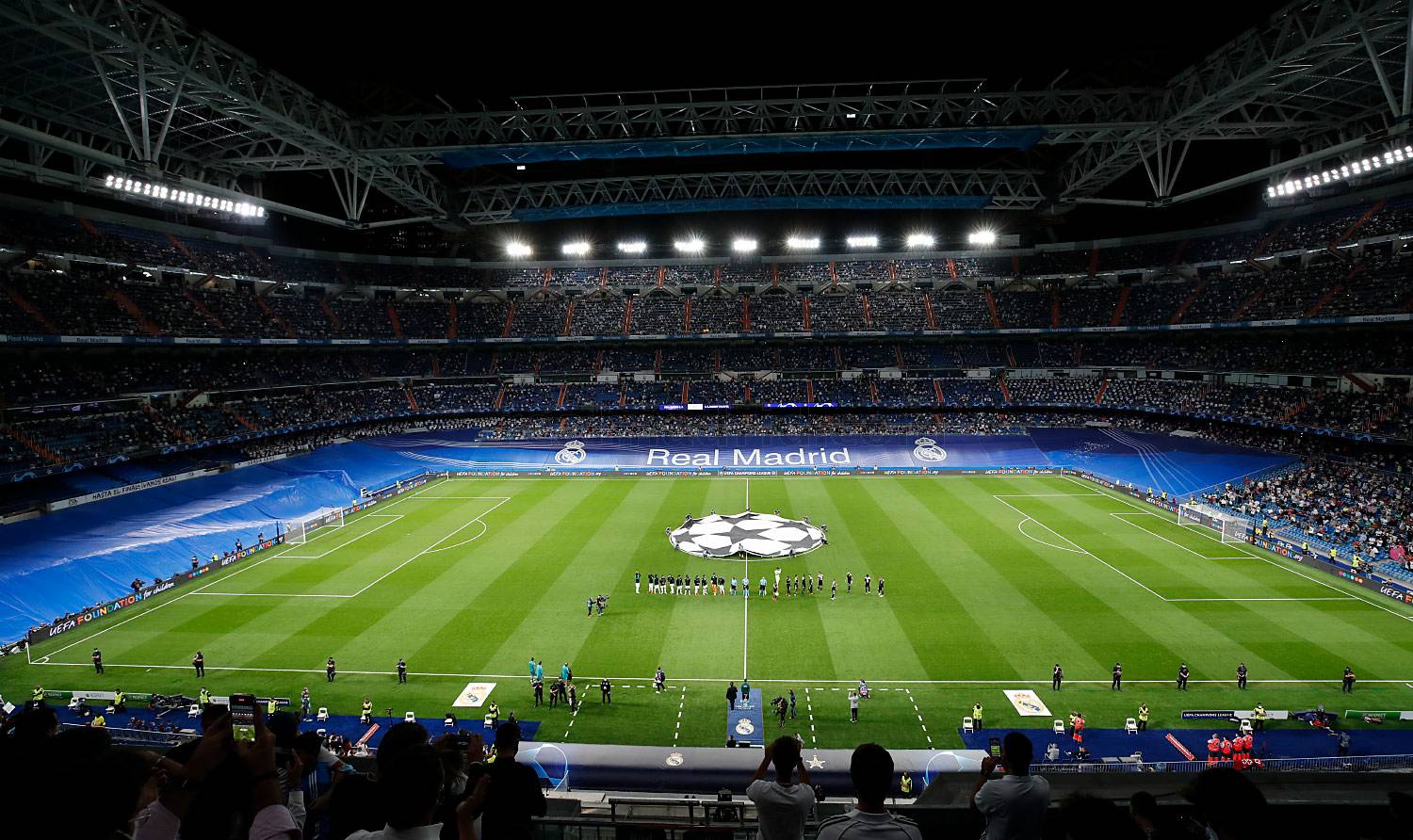 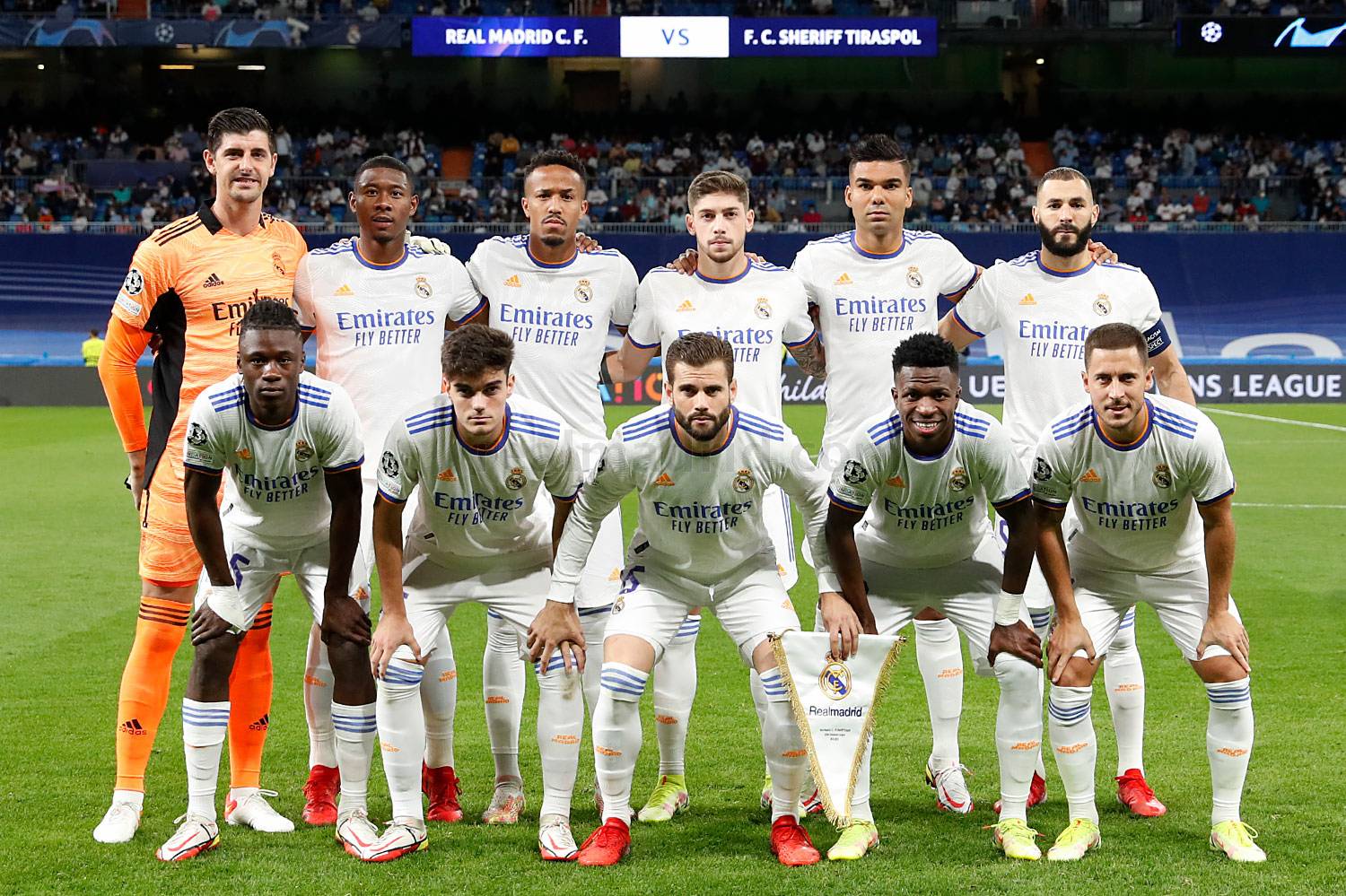 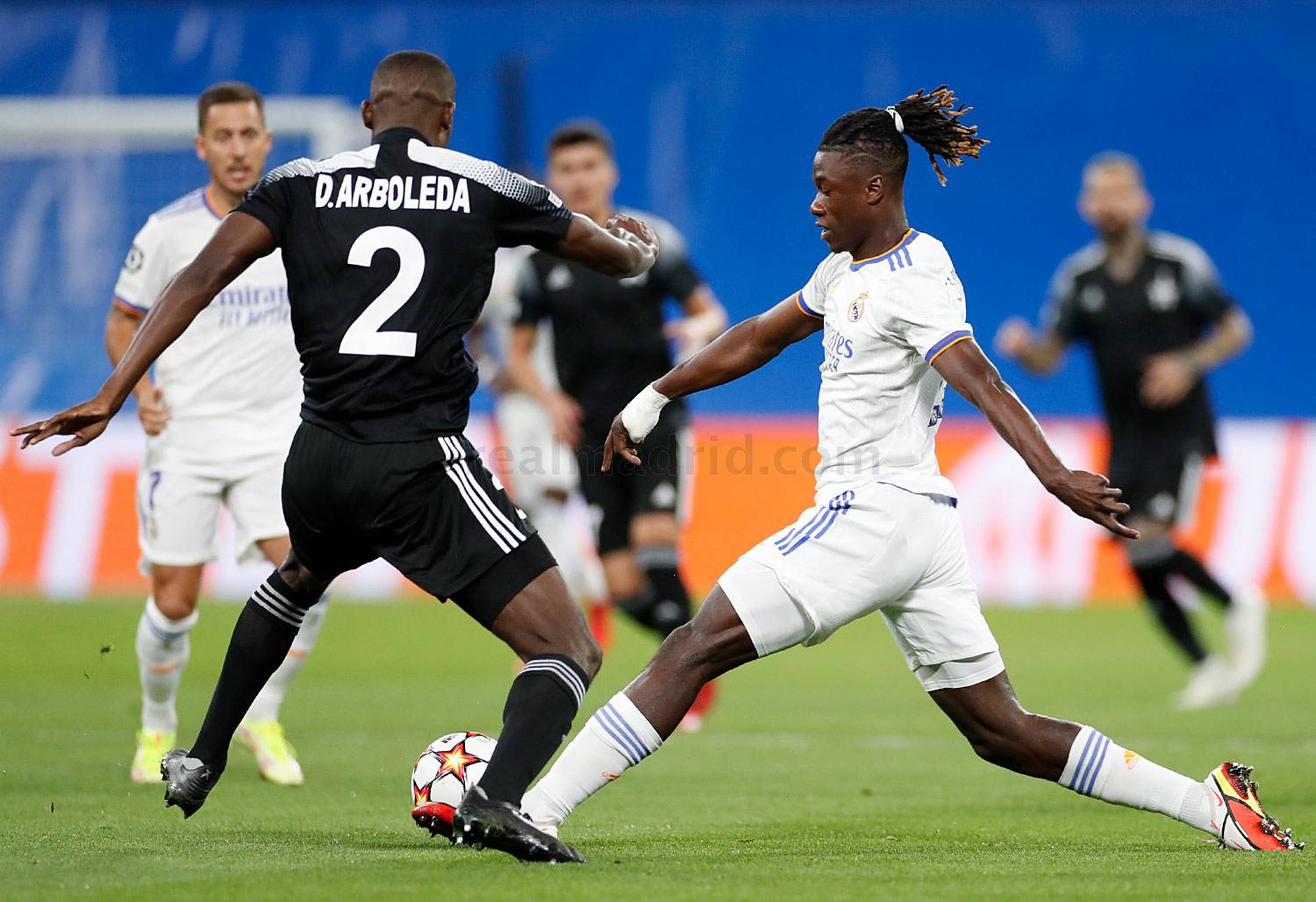 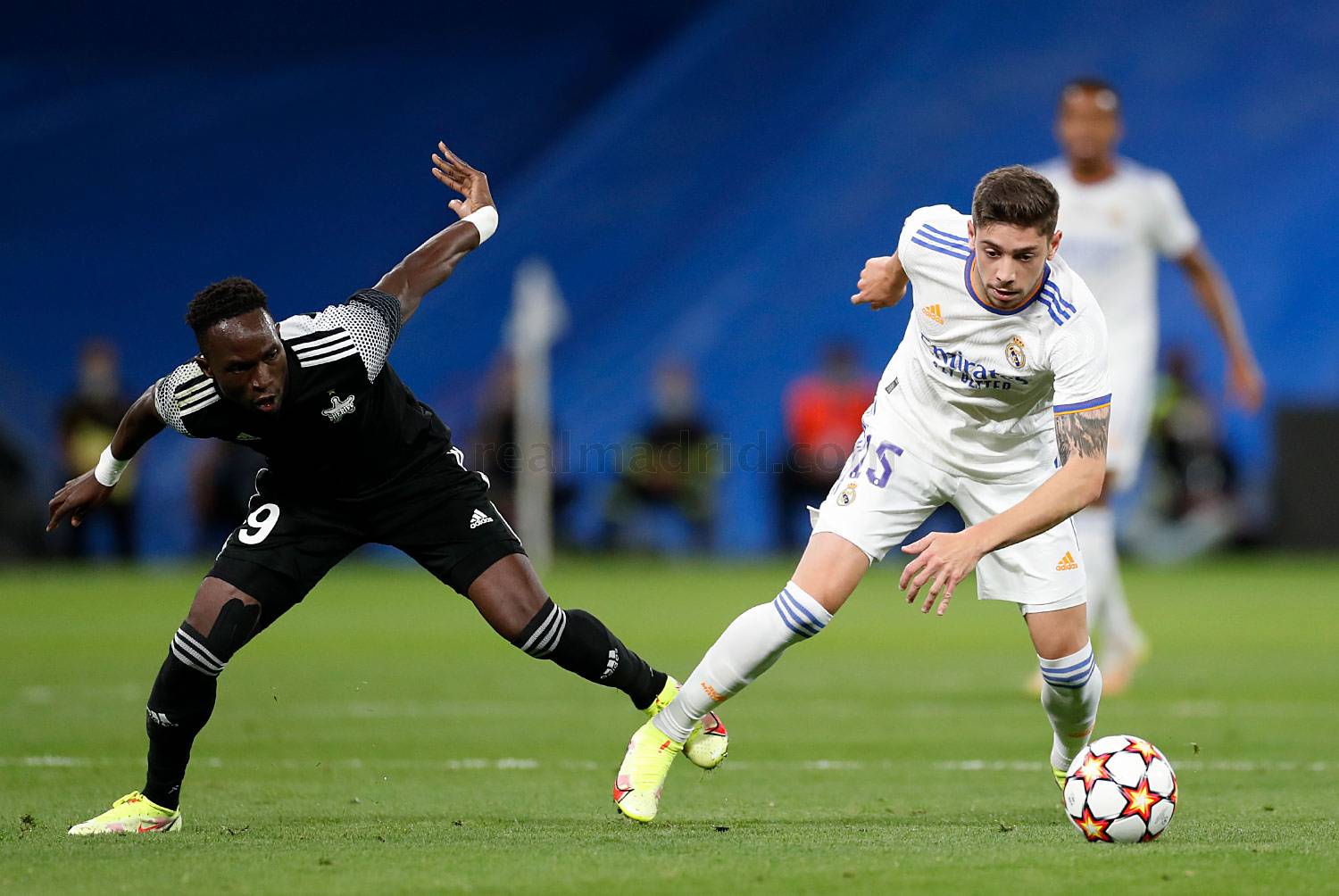 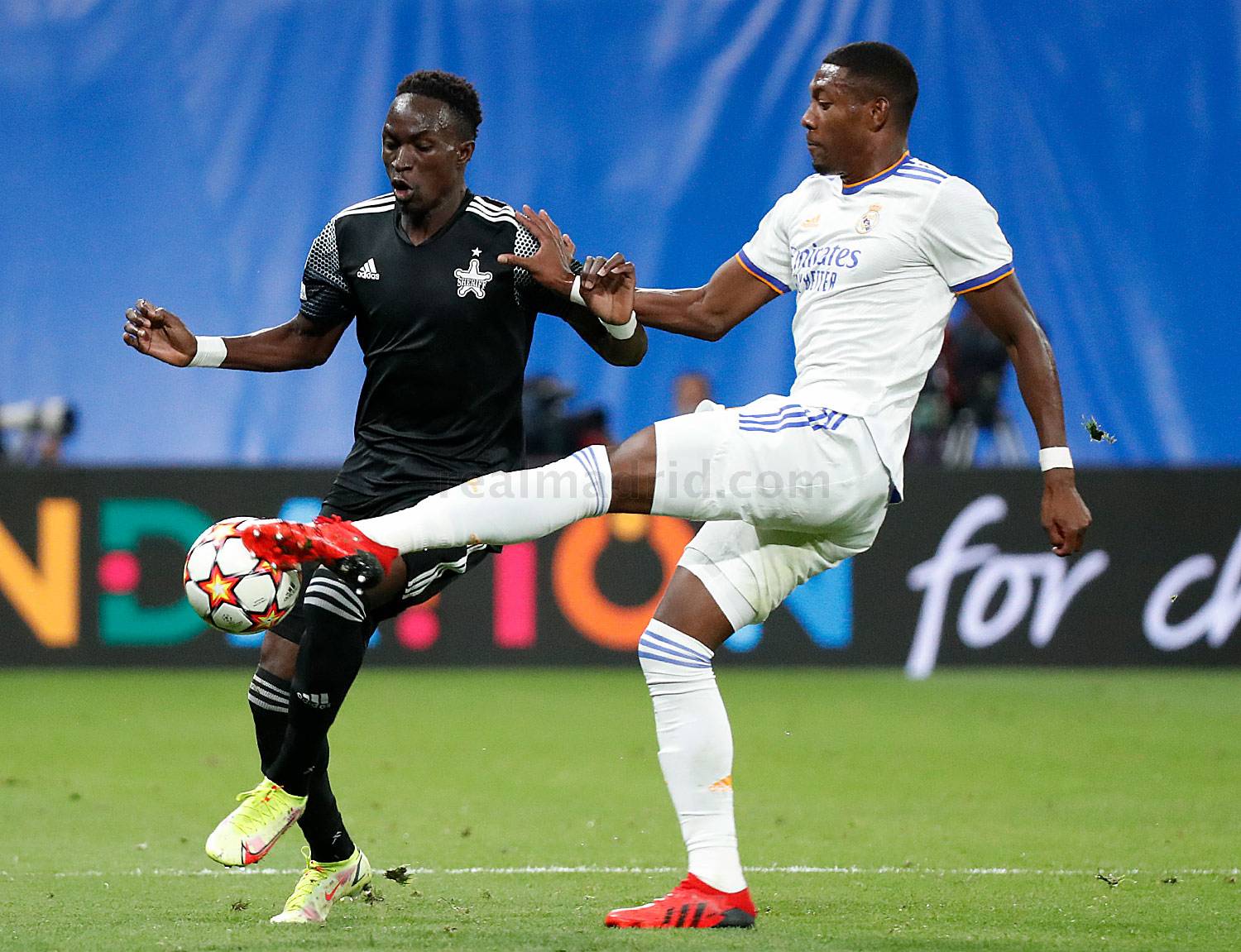 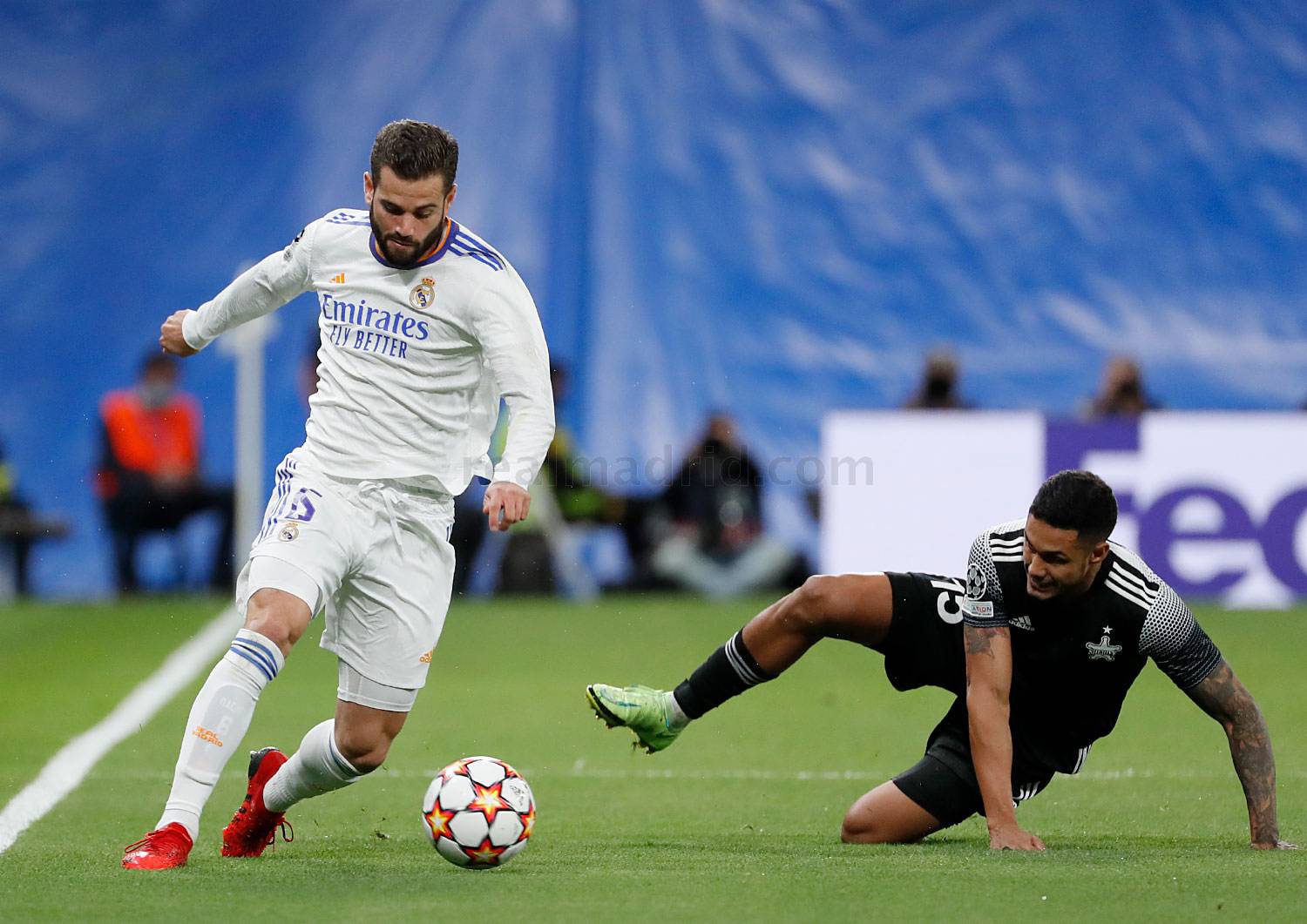 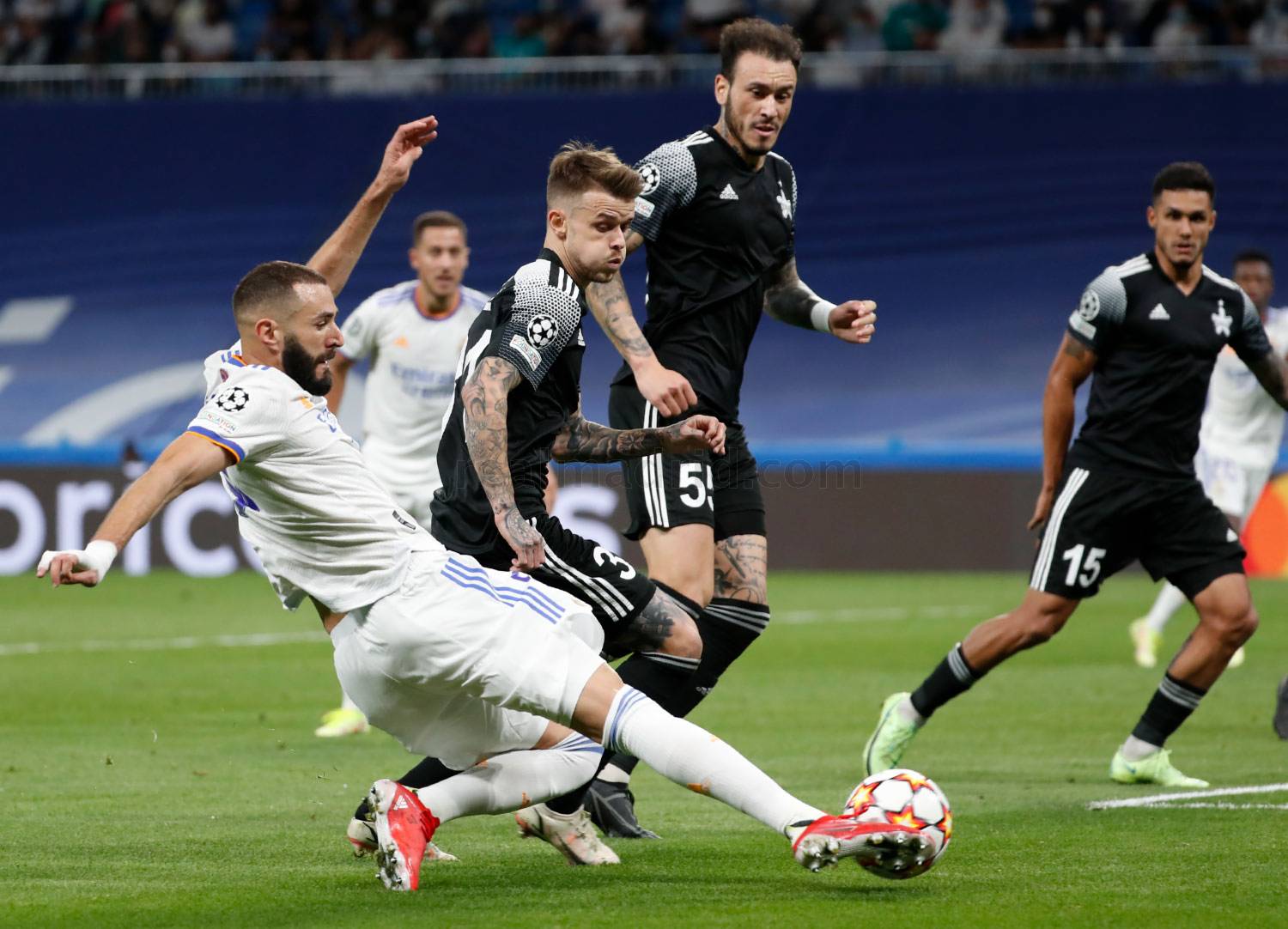 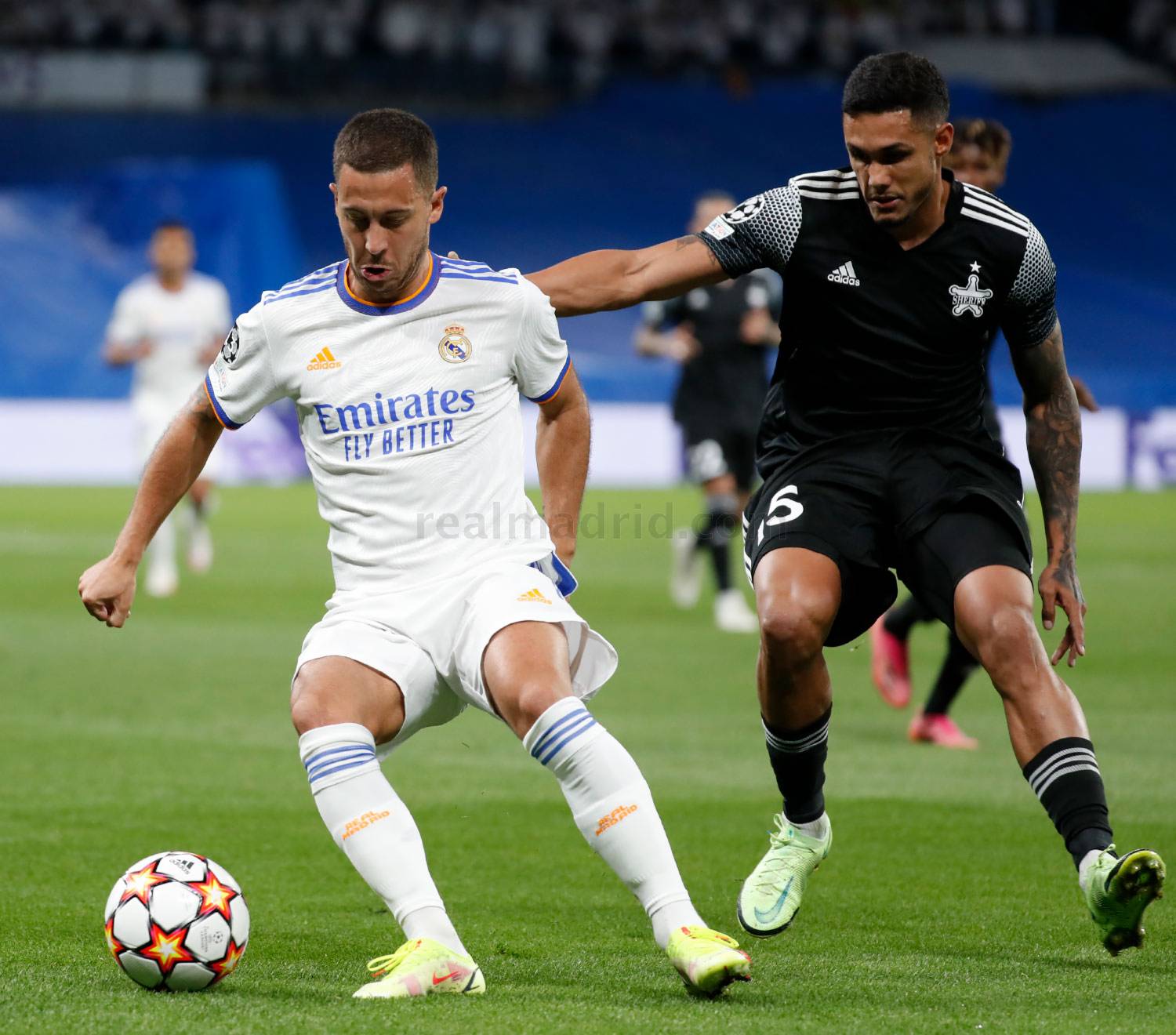 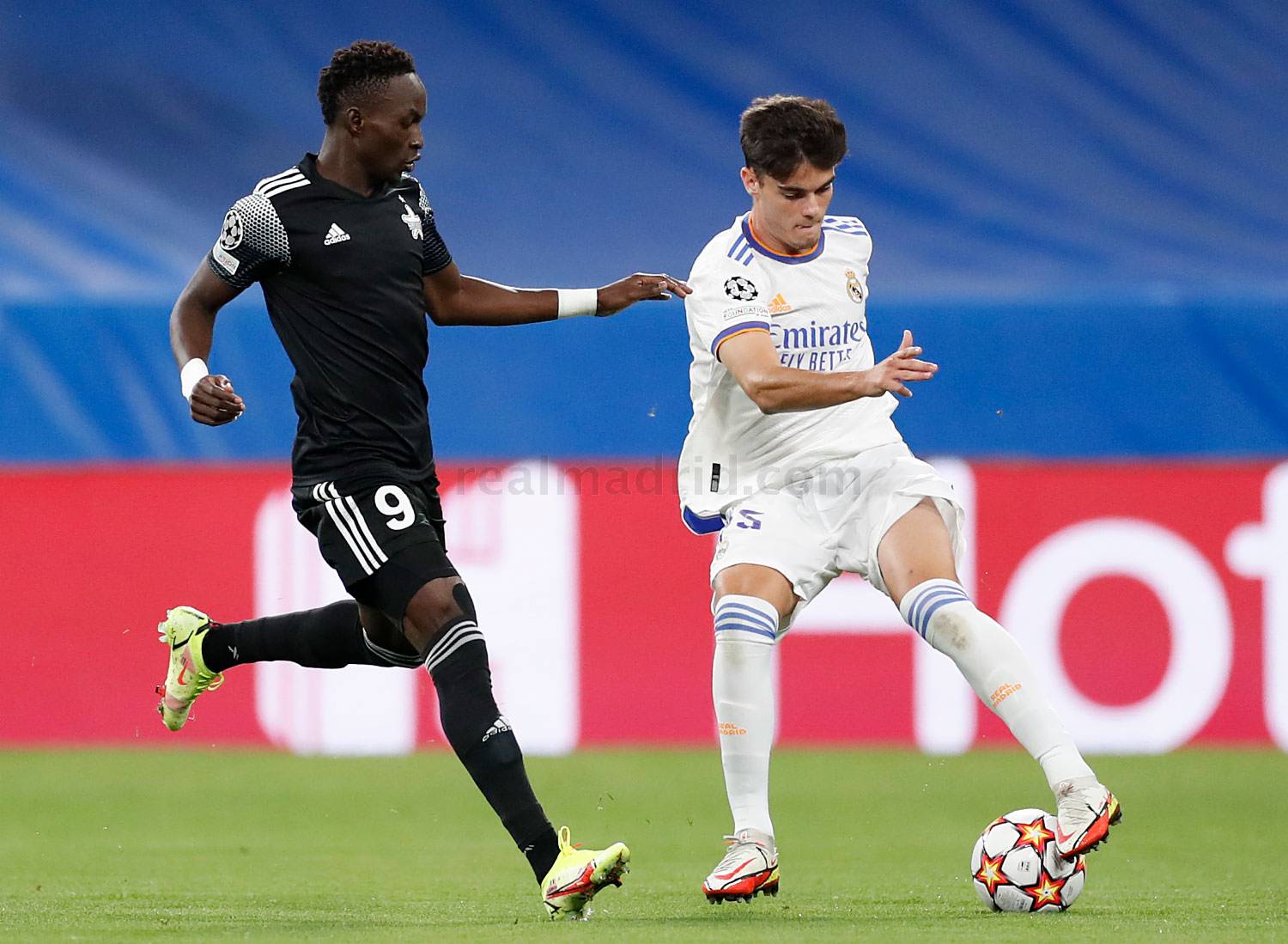 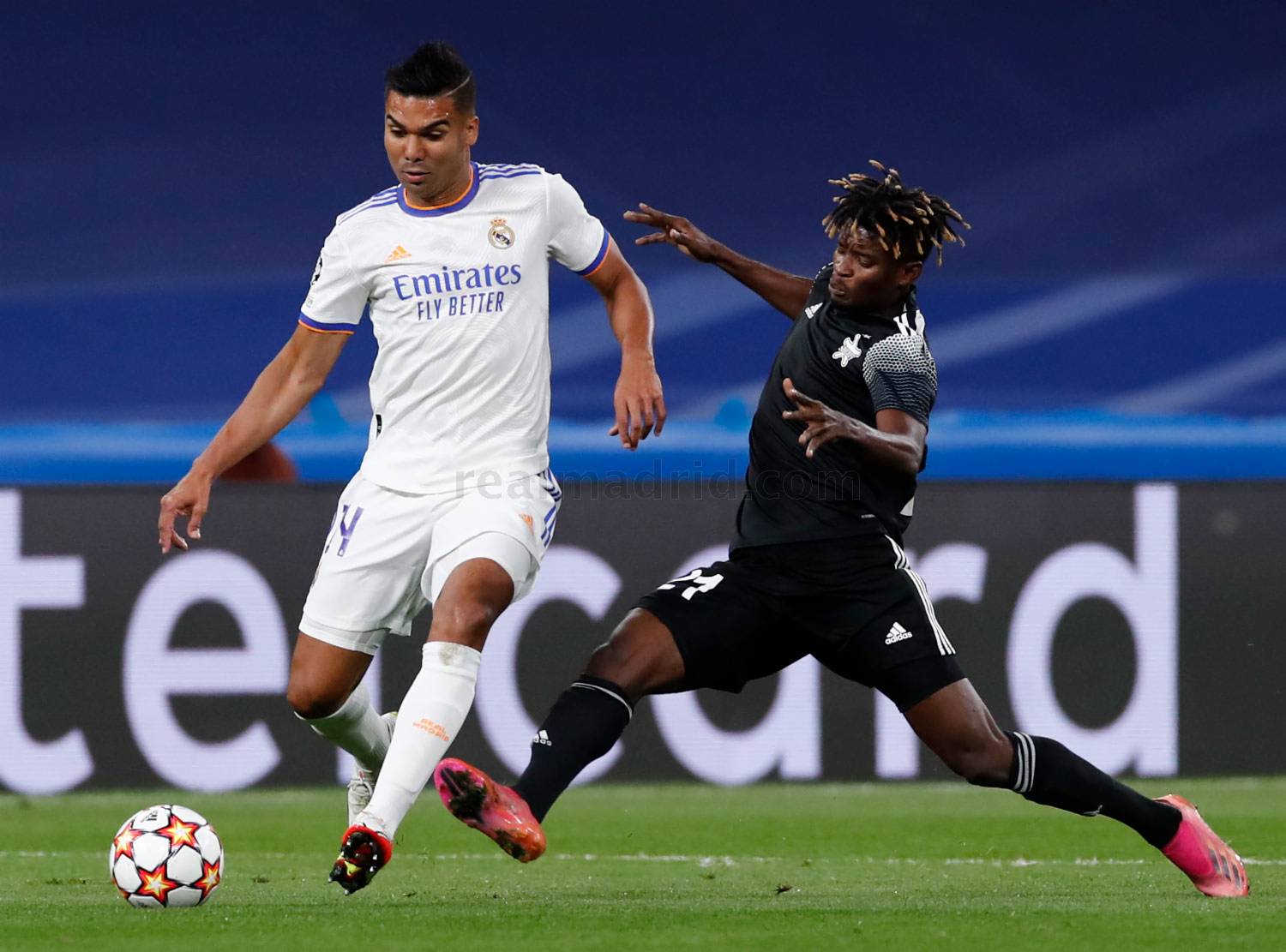 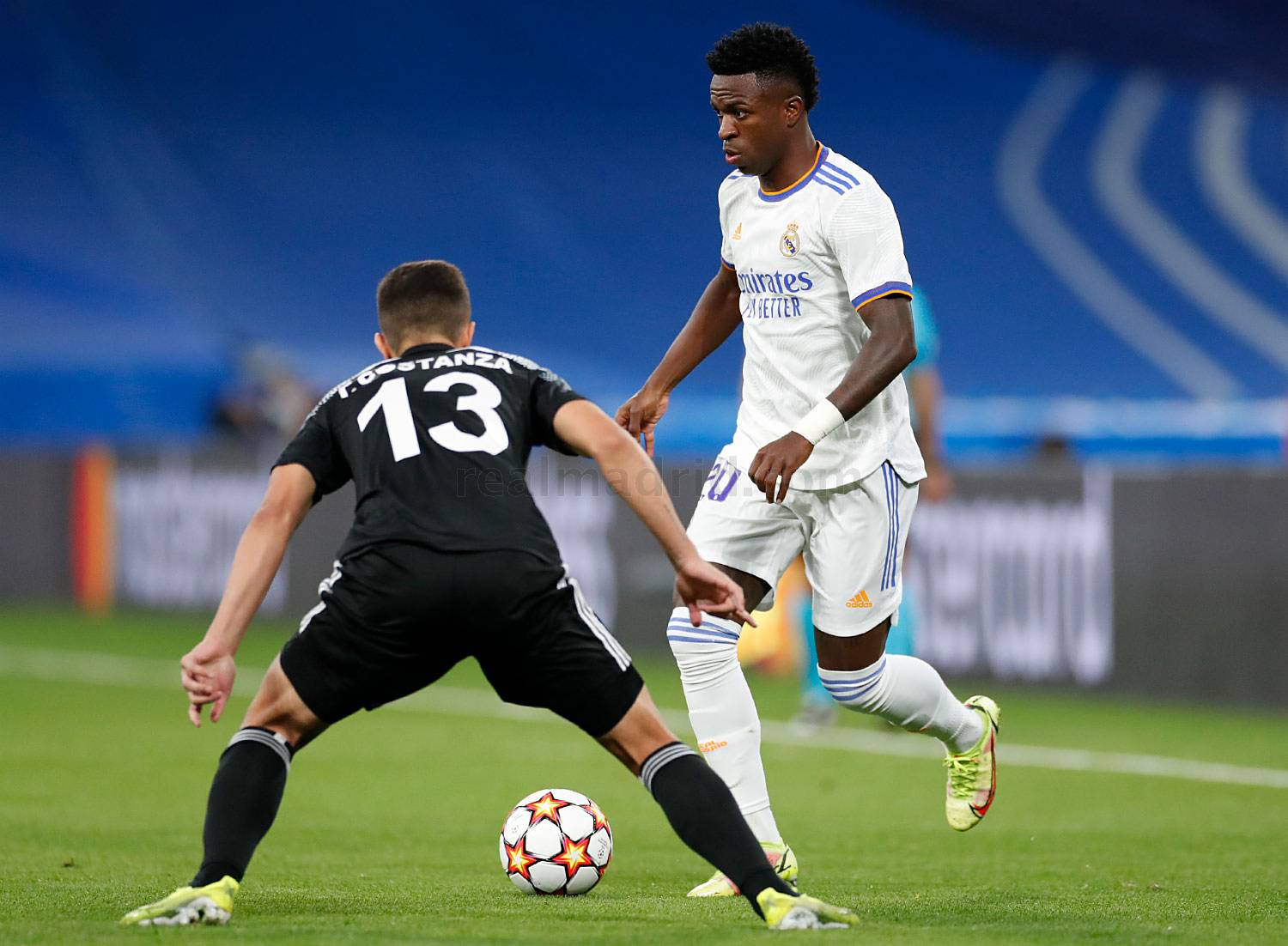 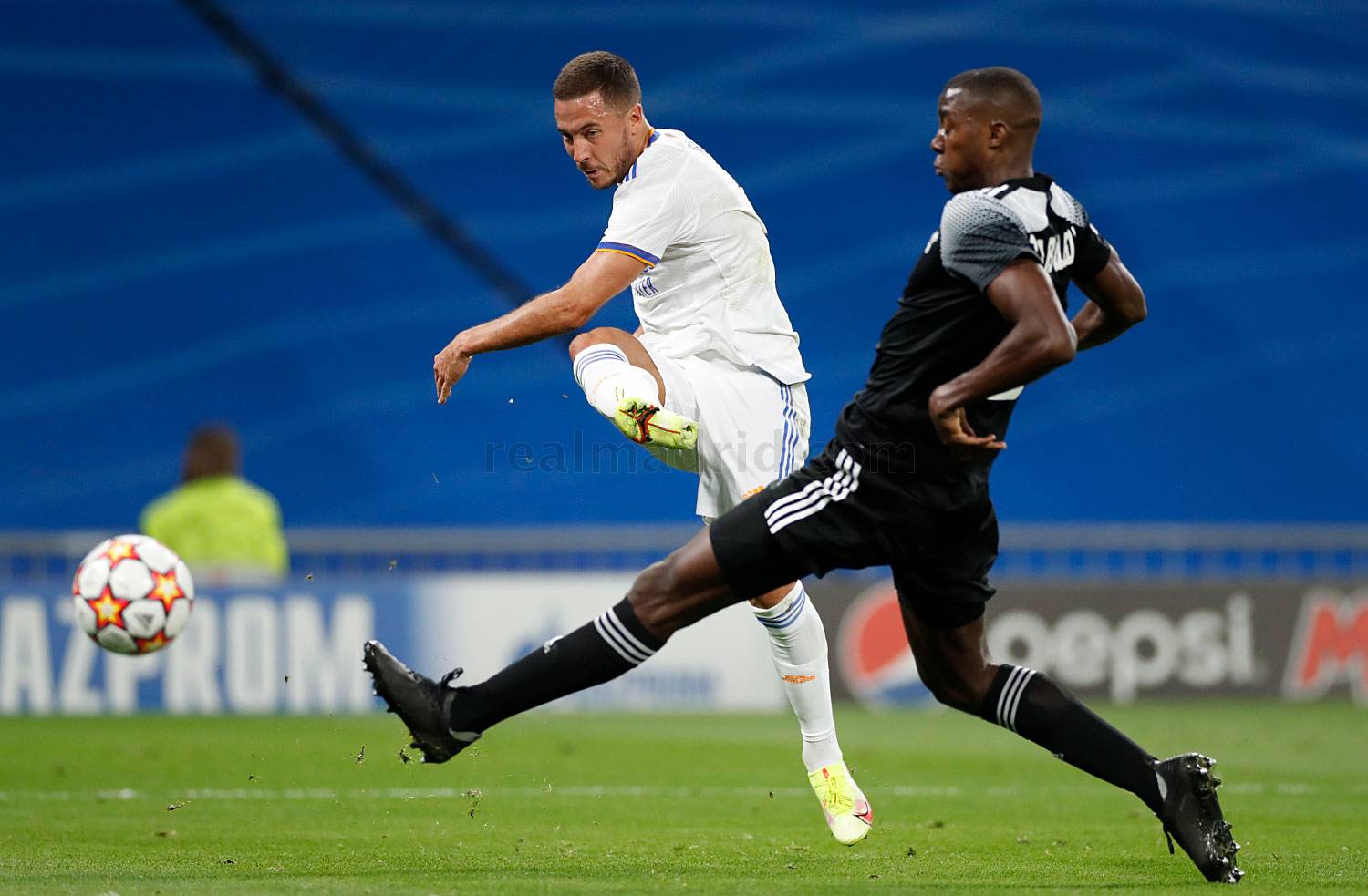 THE CHAMPIONS LEAGUE ACTION RETURNED TO THE SANTIAGO BERNABÉU

Champions League football returned to the Santiago Bernabéu 580 days after the last match in the competition, with the visit of Sheriff Tiraspol, our club's 108th opponents in the continent's elite club competition.