The striker scored a brace against Mallorca to achieve the feat for Madrid and join the likes of Cristiano Ronaldo, Raúl and Di Stéfano.
Karim Benzema just can’t stop scoring. The Frenchman is in a rich vein of form after a fine start to the league campaign and tops the pichichi standings with eight goals after finding the net again on the latest matchday. The striker’s brace against Mallorca means he has now scored 200 goals in LaLiga, a feat that had only been achieved by another three club legends: Cristiano Ronaldo (312), Raúl (228) and Di Stéfano (216). At the end of the match, club president Florentino Pérez presented Benzema with a commemorative jersey.

Having made his debut against Deportivo La Coruña on 29 August 2009, Benzema has gone on to make 389 LaLiga appearances for Real Madrid, netting in each of the 13 seasons he's played. 2015/16 was his most successful campaign, scoring 24 goals, bettering his tally of 23 in the previous campaign. 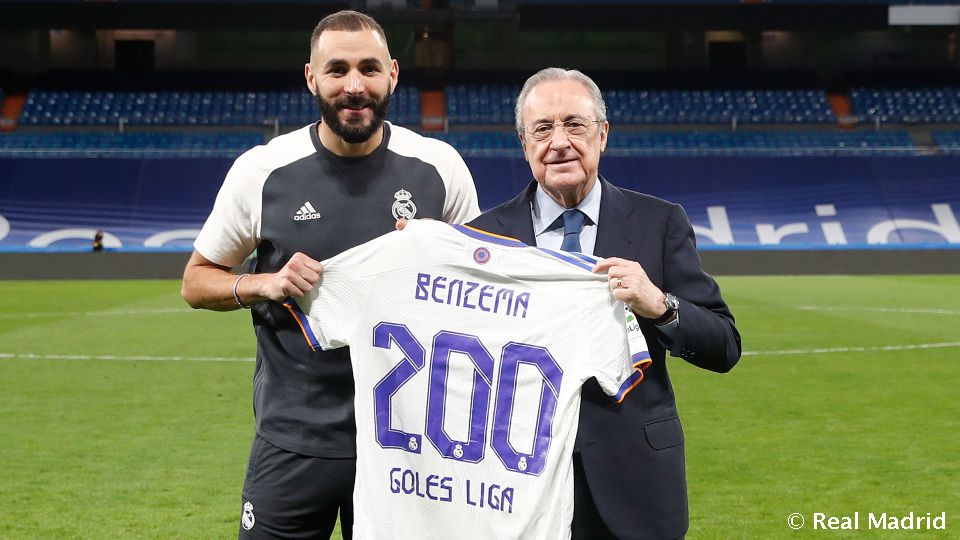