He's achieved the feat against the greatest number of opponents in the championship's history.
Benzema continues to make Real Madrid history. In the clash with Cádiz at the Ramón de Carranza, he hit a brace to bring up 21 LaLiga goals for the season and find the net against the sole team he was yet to score against in the competition. The achievement sees him become the first player ever to have scored against all 35 teams he's faced in LaLiga. Benzema also moves level with Raúl as the madridista to have netted against the greatest number of opposing teams, but the Spanish talisman came up against four sides whose defences he was unable to breach.

Benzema has made 377 LaLiga appearances for Real Madrid since his debut back on the 29th of August 2009 against Deportivo de La Coruña. He's notched a total of 190 goals in the competition, meaning he currently ranks as the club's fourth-highest marksman in LaLiga history. 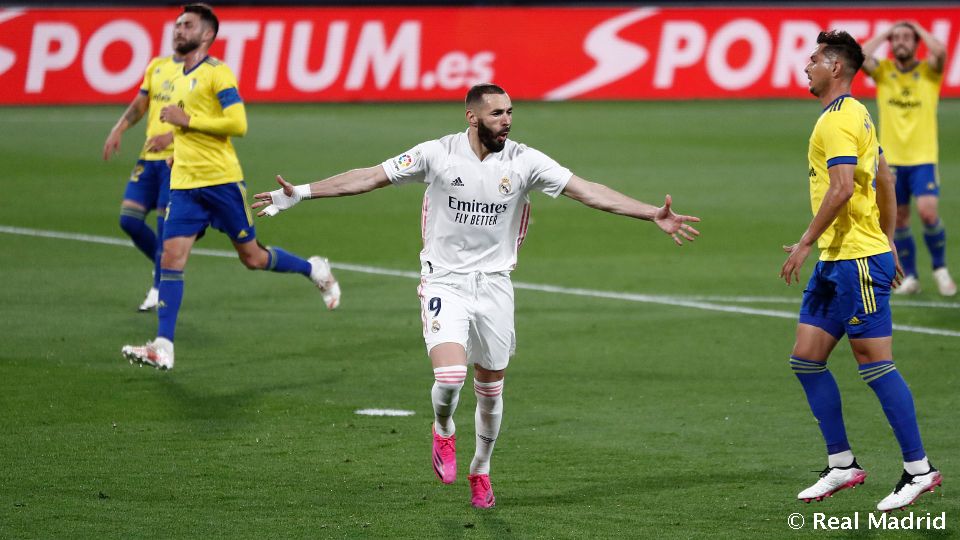