2
Real Madrid picked up the three points against Levante at the Estadio de la Ceramica, where the match was played due to work being carried out at the Ciudad de Valencia, their third victory in a row, as LaLiga goes in to the international break.  The goals came courtesy of Vinicius Jr., netting in the second game in a row, and Benzema, who finished things off for Zidane's men. Courtois once again demonstrated his great form and is unbeaten in three of the four matches played.

After just quarter of an hour of play, the scene was set. Modrić took a corner and Vezo's clearance was met by Vinicius Jr., who brought it down inside the area before striking the ball beautifully past Aitor who could do nothing to keep it out. A great goal from the Brazilian, his second in two games. Levante reacted and came close to equalising in the 30th minute. Another set piece saw Campaña whip in the corner and Vukcevic's header struck Courtois' bar.

Chances
Six minutes later, Real Madrid looked to extend their lead. Casemiro won the ball in midfield before crossing but Benzema headed over. This was the start of the visitors' dominance after the break as Modrić picked up the ball on the edge of the area after a clearance from Vezo in the 51st minute, playing it in to Benzema but the Frenchman's shot hit the post. A minute later Asensio picked up Vinicius Jr.'s run between the lines and the Brazilian shot across goal.

Real Madrid were enjoying their best spell of the game now, carving out another fine chance when Benzema and Vini Jr. linked up in the six-yard box but the latter shot wide on 55'. Zidane's men had done more than enough to extend their lead by this stage, but  Levante reacted well and could have levelled through two Bardhi strikes from the edge of the box. The first came with 58 on the clock, but Courtois was equal to it, before the second, two minutes later deflected off Casemiro and the madridista shot-stopper displayed superb reactions to keep it out with his feet.

Ramos has a goal ruled out
The game became an end-to-end affair and the chances began to flow. Ramos had the ball in the net, heading home a Modrić corner on 68’, but the goal was ruled out for off-side following a VAR review. Zidane brought on Rodrygo and Lucas Vázquez for Asensio and Vini Jr.

Courtois
From that point to the end, Levante attacked with greater sharpness and the LaLiga leaders were forced to display all their defensive solidity. Clerc was off balance when he had a good chance to level on 77’, but Courtois came out on top in the one-on-one. Then, in injury time, Rodrygo led a swift counter-attack and found Benzema, who made no mistake when through against Aitor. It's a third consecutive win for Real Madrid, who go top of the table. 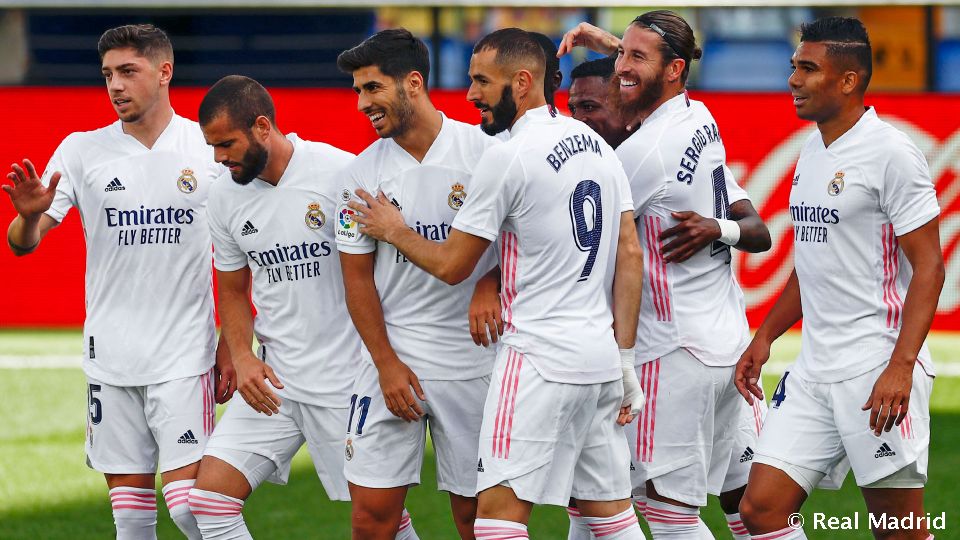 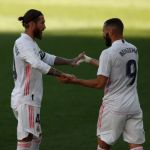