Club president Florentino Pérez headed up the madridista delegation, which posed for a photo at the Palacio de la Zarzuela with the King and the trophy.
King Felipe VI received a visit from Real Madrid's basketball team, who on Sunday captured the club's 28th Copa del Rey crown. Club president Florentino Pérez, members of the board, players and coaching staff posed for a photo alongside the King and the trophy secured in the Málaga final against Unicaja. The roster presented the King with a personalised jersey. 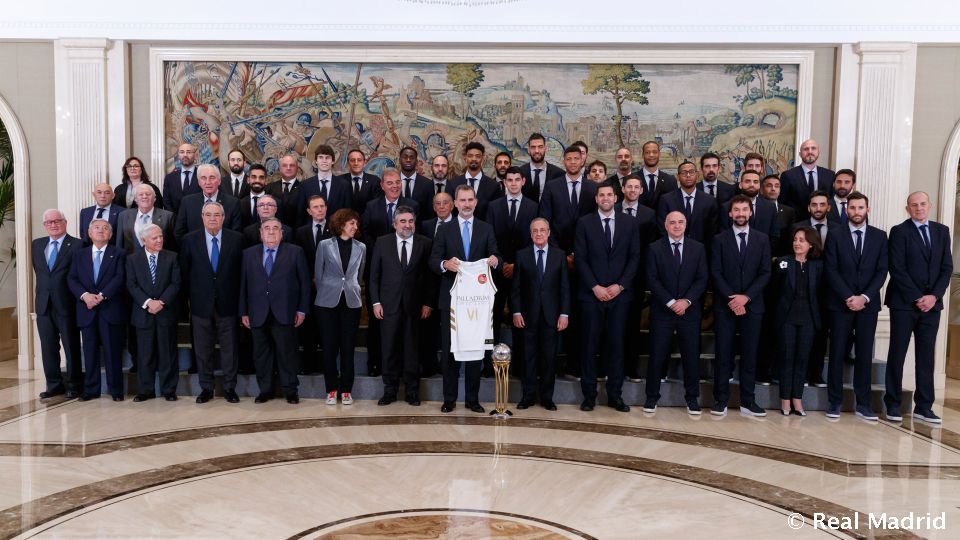 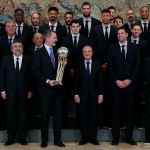