Alfredo Di Stéfano, the best player of all time

Alfredo Di Stéfano, the best player of all time passed away aged 88. He was a unique and one-off person; a genuis who took Real Madrid to the top and turned them into the world's most important club. Player, coach, Honorary President... A life full of sucess with the Whites. The indisputable emblem of Madrid has left us, but his legend will remain forever.

It is hard to sum up in a small space what Alfredo Di Stéfano meant. He is the player who has had the biggest impact on the history of football. He arrived at Real Madrid in 1953 and completely changed the club. Proof of such are the five consecutive European Cups eight league titles and one Intercontinental that make up his trophy cabinet.

The only player to have won the Super Ballon D'Or, Di Stéfano scored 308 goals in his 396 games for the Whites. What Real Madrid is today is thanks to him. This class, genius and ability to never give up until the end was born with Don Alfredo. Because, as president Florentino Pérez said: “Di Stéfano is Real Madrid. He changed the destiny of this institution”.

The stadium in which his legend was made said goodbye with all honours. The open casket that was installed at the Royal Box became a scene of memories, homage and sincere thanks. Thousands of fans, personalities of the political, cultural and sporting worlds said goodbye to The Blonde Arrow.

King Phillip VI also took the opportunity to say goodbye to Di Stéfano. His words summed up everyone's feelings: " He is a one-off, who made football into an art. He was an extraordinary personality and has our eternal admiration and gratitude. A great among greats”. The best player of all time will continue to guide Real Madrid. Thank you, Alfredo Di Stéfano. 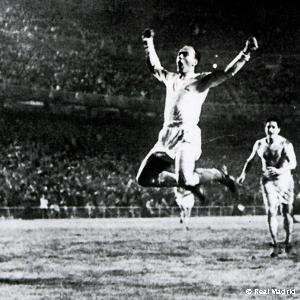 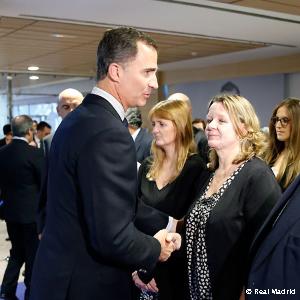