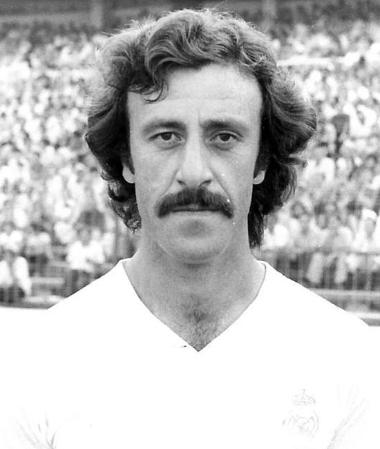 A career full of success

Vicente del Bosque is an example of the importance of humility, quality and hard work, and his special blend of all of these qualities has made him a Real Madrid legend. The man from Salamanca was an attacking midfielder with a great capacity for organizing his teammates and was always a regular for all of the coaches who trained him at the club.

He started his career at his hometown club of Salmantino until Real Madrid signed him up. Two seasons later, he had made it to the first team but the club had other plans for the young Del Bosque: to send him out on loan to get some more experience. In his first season on loan, he played for Castellón where he suffered several injuries. In the following seasons, he played for Córdoba and then Castellón again. He progressed so much during this period that Real Madrid recalled him for the first team.

He made his first team debut in the 1973/74 seasons and from then he played successfully for 11 seasons as part of a truly brilliant midfield made up of Netzer, Velázquez and Pirri, who helped the Whites to win nine trophies.

One of the greatest moments of his playing career came against Barcelona in the 1974 Spanish Cup Final. Real Madrid had just lost 0-5 in the league against Cruyff’s team, a Madrid team trained by Molowny got their revenge and beat the Catalans 4-0 in the Vicente Calderón stadium to lift the trophy. He also finished his career with 18 caps for Spain including the European Championships in Italy in 1980.

With Vicente del Bosque as coach, Real Madrid won seven trophies including two Champions League Finals in 2000 and 2002, an achievement that is only comparable to that of the great Madrid sides of the 1950s and 1960s.

He started training the club’s youth teams at different levels and in 1994 he took over the first team as caretaker manager, a task he resumed in 1996. Three years later, he became the first team coach and carried on in this position for four seasons, his third and last period at the club in which he took the team to the very top.

After leaving Real Madrid, he tried a new experience at Besiktas in Turkey and then became the coach of the Spanish national team. His work with the national team has brought nothing but success in the shape of the European Championship and Spain’s first World Cup and has confirmed him as one of the world’s greatest coaches. 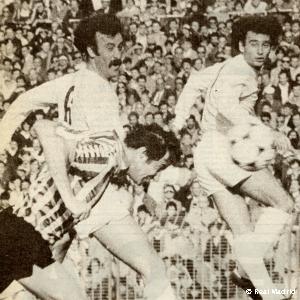