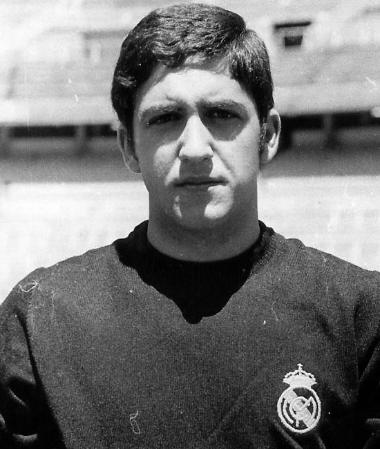 García Remón was one of the best goalkeepers of his era and, having arrived at Real Madrid in 1966, he played for the club for nearly 20 years and helped them to win 12 trophies. He started his career in the youth teams at Rayo Vallecano where he impressed the coach Pedro Eguiluz who took him to the youth academy at Real Madrid.
He was an instinctive goalkeeper with great reflexes and knew how to marshal his defence and encourage the team from behind. His great performances in European competitions earned him an international reputation and after one memorable encounter against Dynamo Kiev he was dubbed the The Cat of Odessa.
Mariano played at every level for Real Madrid right up to the first team, although he had to fight for his place with top class goalkeepers such as Junquera, Miguel Ángel and Agustín. From the moment he reached the first team until he retired, he won one honour after another.

Return as a scout and as a coach

After hanging up his boots in 1986, García Remón did various jobs at the club such as scout, youth team coach and even assistant first team coach, before going on to train teams like Sporting de Gijón, Albacete, Las Palmas, Salamanca, Numancia and Córdoba.

In 2004, he came back to Real Madrid to replace José Antonio Camacho as first team coach and was there for three months before handing over the reins to Vanderlei Luxemburgo. 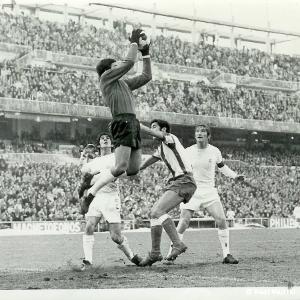