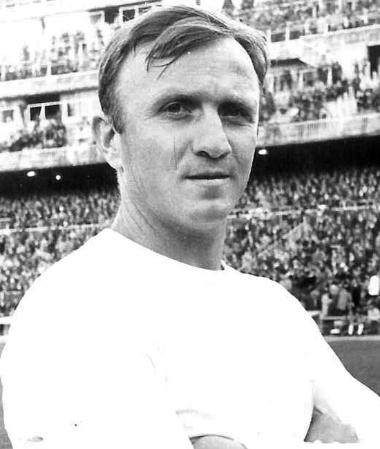 The best centre back of his time

An excellent centre back that brought a sense of security to Madrid’s defence in a team that had a constellation of stars in attack, players like Gento, Di Stefano, Rial and Puskas. He was a bridge between the team that won five European Cup titles and the ‘Yeyé’ Madrid. Solid, decisive and orderly, he was also very good in aerial play. He was the leader of the Whites’ defence.

Originating from Nacional Montevideo, Santamaría arrived at Real Madrid in 1957. In his first season he won La Liga title with authority, as well as the European Cup title (the club’s third), final that was played in Brussels against Milan. He subsequently added four more La Liga titles, three European Cup titles, a Spanish Cup title, and a further Intercontinental Cup title.

He played 337 official games with Real Madrid in nine seasons at the club. He obtained Spanish nationalisation the year after arriving. He was a strong and unyielding player that shined with two different national sides: Uruguay and Spain. 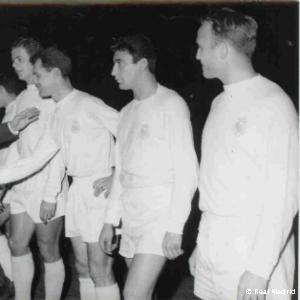