With full backing from the club, which was secured by Saporta, coupled with the intelligence of Ferrándiz, Real Madrid put a legendary team together. It was the decade of Emiliano, Luyk, Sevillano and Brabender, who helped the team dominate in Spain and grow in prestige on the continent until finally winning its first European Championship Cup in 1964. After that, the team’s success snowballed. 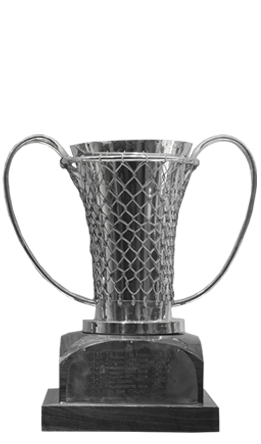 Real Madrid was the first Western European side to reach the final of the European Championship Cup. The Spaniards lost the 1962 and 1963 finals to Dinamo Tblisi and CSKA Moscow. Up until that point teams from the Soviet bloc had dominated the international scene but in 1964 they temporarily withdrew from the competition to concentrate on preparations for the Olympic Games in Tokyo.

Madrid, for its part, prepared for its third straight European Championship Cup final against Czech side Spartak Brno. With Ferrándiz taking up director duties, Joaquín Hernández was the first team coach, and had Emiliano, Luyk and Bob Burgess playing out of their skins. After losing by 11 points in the first leg, Madrid finally etched its name on the trophy it helped create by winning the return leg in the Fiesta Alegre by 20 points.

A year later, with the Soviets back in the competition, Madrid confirmed its status as the best club on the continent. Taking on the mighty CSKA Moscow, in a repeat of the 1963 final, colossal performances from Emiliano and Luyk resulted in the title going to the Whites yet again. The Real Madrid basketball team would continue to dominate the European game during the sixties and seventies.

Pedro Ferrándiz made multiple trips to the United States in search of players who could help improve his team. His reconnaissance missions resulted in him bringing the first great American player to Europe, Wayne Hightower. The pivot was going to play for the Harlem Globetrotters while he waited for permission to compete in the NBA, but Ferrándiz convinced to come to Spain instead after flying out to Hightower’s native Philadelphia. The American only played for Madrid for one season (1961-62), during which he was the top scorer in the Liga Nacional (domestic league) and also helped Madrid reach its first ever European Championship Cup final. Ferrándiz’s subsequent trips were even more successful. During his trips to American, Ferrandiz’s persuasive skills resulted in the club signing future legends like Luyk Clifford (1962), Wayne Brabender (1967) and Walter Szczerbiak (1973), as well as many other valuable players.

A step ahead of the rest

Pedro Ferrándiz was always a step ahead of the rest. A good example of this was during the first leg of the round of 16 in the 1962 European Championship Cup against Varese. With the score tied and with just a few seconds left on the clock, Ferrándiz ordered Lorenzo Alocén to score into his own basket so as to avoid extra time, which he thought would be harmful to his team. Madrid lost the game, but only by two points, a deficit it overcame in the Fiesta Alegre in the return leg. As a result of that play, FIBA was forced to change its rules.

A new home, a new tournament

On the 6th of January 1966 Real Madrid inaugurated the Ciudad Deportiva basketball arena. With twice the capacity of the Fiesta Alegre, it was the first court that officially belonged to the team. To celebrate the opening, Raimundo Saporta devised an international tournament with Ignis Varese from Italy, Corinthians from Brazil and the Chicago Jamaco Saints, which was initially called the Intercontinental Cup. This competition acted as the forerunner to the Christmas Tournament, which the club would go on to organise until 2004. Throughout these four decades the best teams in the world came to the Spanish capital each year to take on Real Madrid. It became a tradition that enhanced the prestige of the club and helped grow the profile of basketball in Spain.

A poker of titles against the odds

The format of the European Championship Cup changed so that the final would now be decided in a single match. In 1967, Real Madrid hosted the final of the tournament, which acted as an advantage. The Whites won their third continental title in four years on their own court against Simmenthal Milano. However, repeating that success seemed very unlikely in 1968. Madrid reached the final once again, but Carlos Sevillano was seriously injured and Emiliano was suffering with a back problem. Spartak Brno was the favourite to lift the title, but Ferrándiz’s men still managed to fight their way to victory. Having played in eleven editions of the tournament, Real Madrid now had four titles to its name, making it the true ruler of the continent.