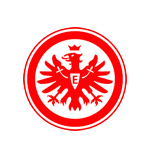 Real Madrid kicked off the season as they ended the previous one: by adding another trophy to their cabinet. Alaba and Benzema, who overtook Raúl as the second highest scorer in the club's history, got the goals to beat Eintracht Frankfurt in the Olympic Stadium in Helsinki to win the UEFA Super Cup for the fifth time. Ancelotti's men start this campaign by winning the first of the six titles they have in their sights.

The Whites dominated from start to finish, but the first chance of the match fell to Eintracht after 15 minutes, with Kamada unable to beat Courtois, who came out on top in the one-on-one. The European champions' reply came in the 17th minute with a much clearer chance than the previous one. Valverde played the ball into the area to Benzema, who threatened to shoot before passing to Vini Jr, who beat Trap but Tuta cleared the ball off the line.

Real Madrid were dominating proceedings and the move that led to the opening goal arrived with 37 minutes on the clock. Vini Jr. picked up the ball on the edge of the area, cut inside and fired a shot across goal, but Trap made a fine save to keep his effort out. Kroos whipped in the resulting corner and Benzema's header looked to be going behind, but Casemiro cleverly beat the keeper and two defenders to nod the ball to Alaba, who slotted home.

MVP Casemiro hits the crossbar
Benzema almost doubled the lead four minutes later with a shot from inside the area, following Kroos winning back possession, but his shot missed by inches. The second half followed a similar pattern with the first dangerous move also involving our team. Vini Jr. struck a half-volley from around the penalty spot, and almost beat Trapp after deflecting off Benzema, but the keeper reacted well to clear the ball with his feet in the 51st minute. Real Madrid pushed for a second and came close with 61 minutes gone, as Casemiro unleashed a left-footed effort from distance that crashed against the woodwork.

The decisive goal was just a matter of time and came four minutes later. The Vini Jr-Benzema combination that proved so successful last season was on show again. The Brazilian laid it off to Frenchman inside the area for him to score his 324th goal, overtaking Raúl as the second highest scorer in the club's history. Real Madrid held their advantage until the end and had time to allow Tchouameni and Rüdiger to make their official debuts. The season starts with a title. 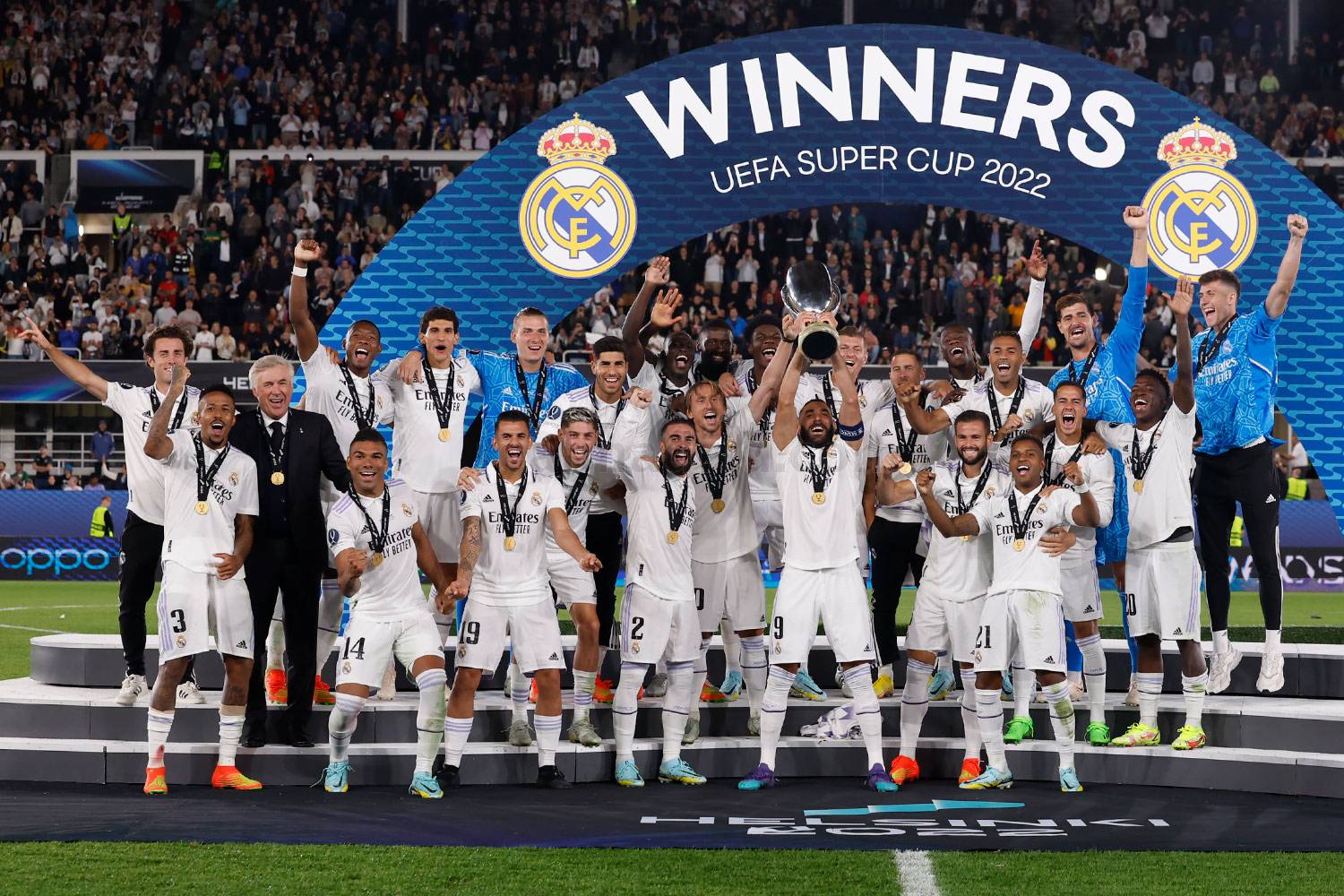 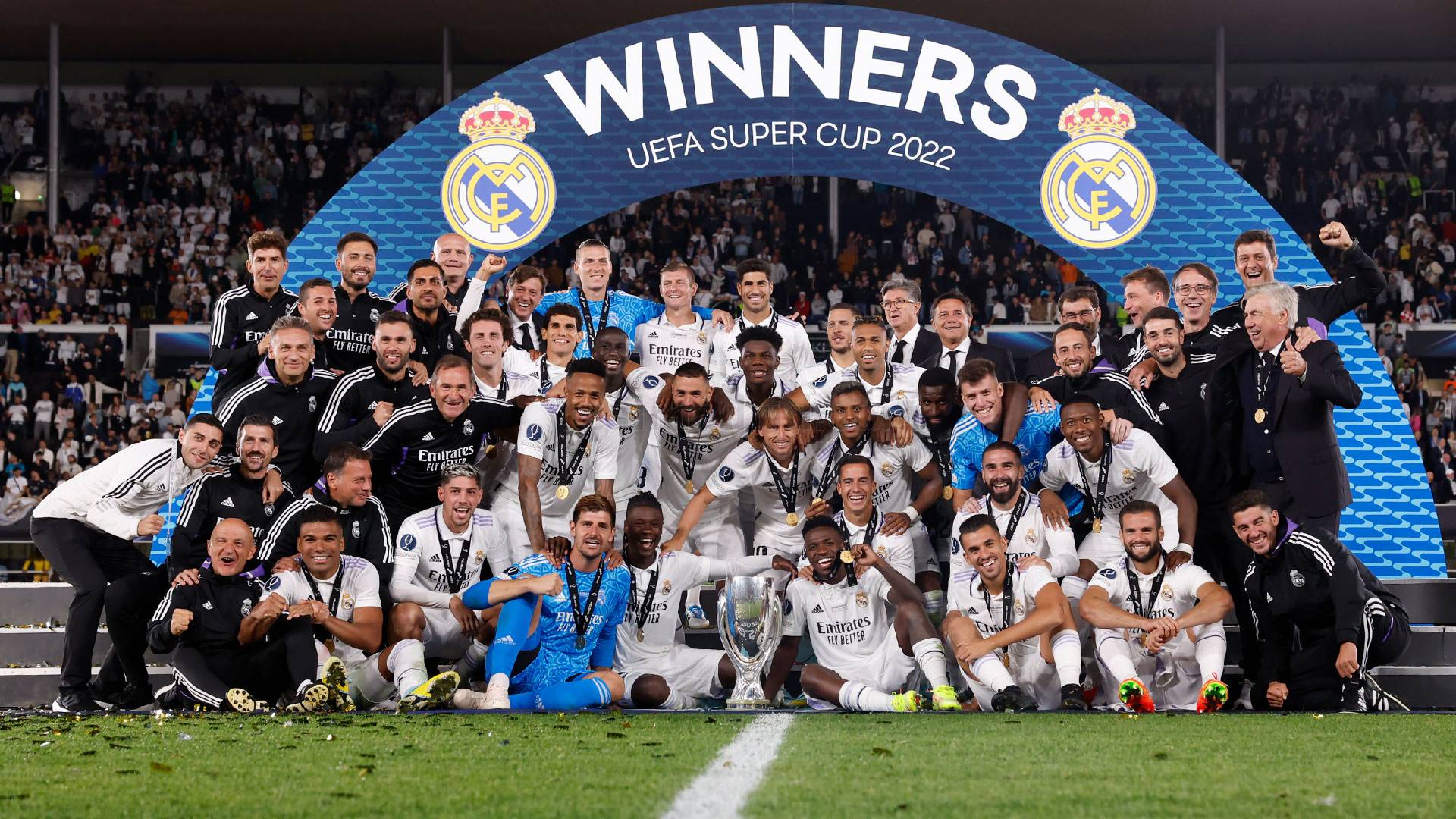 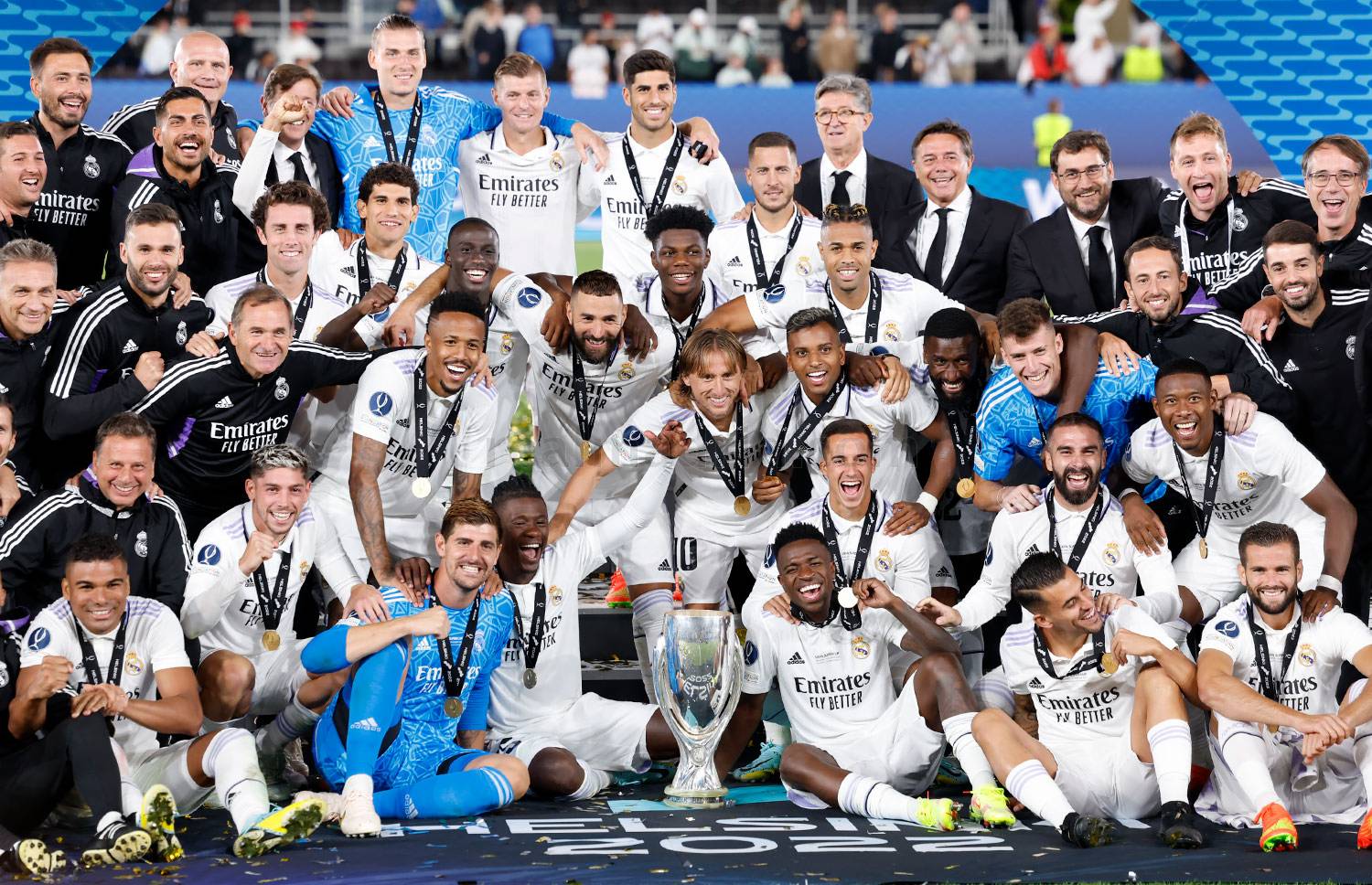 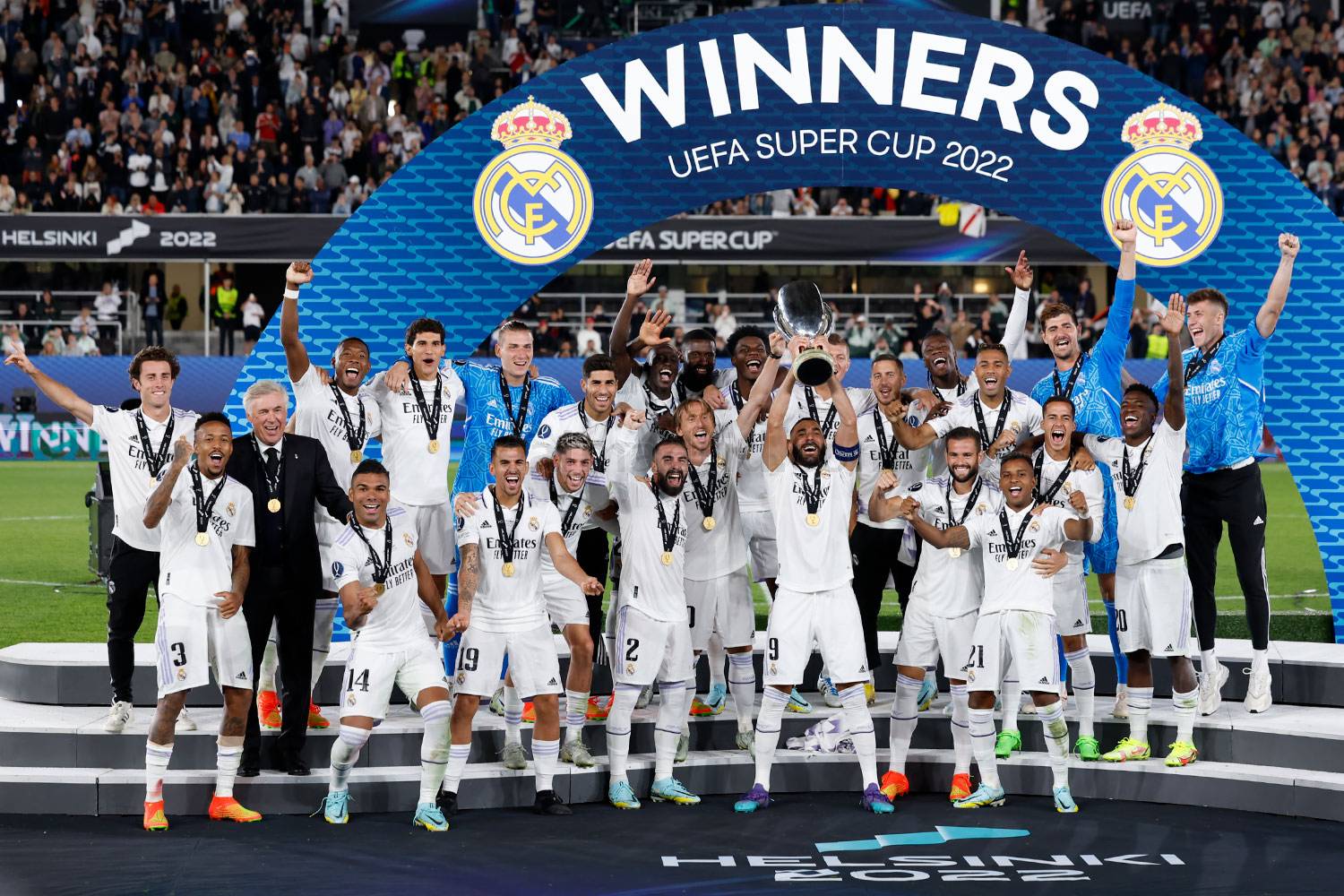 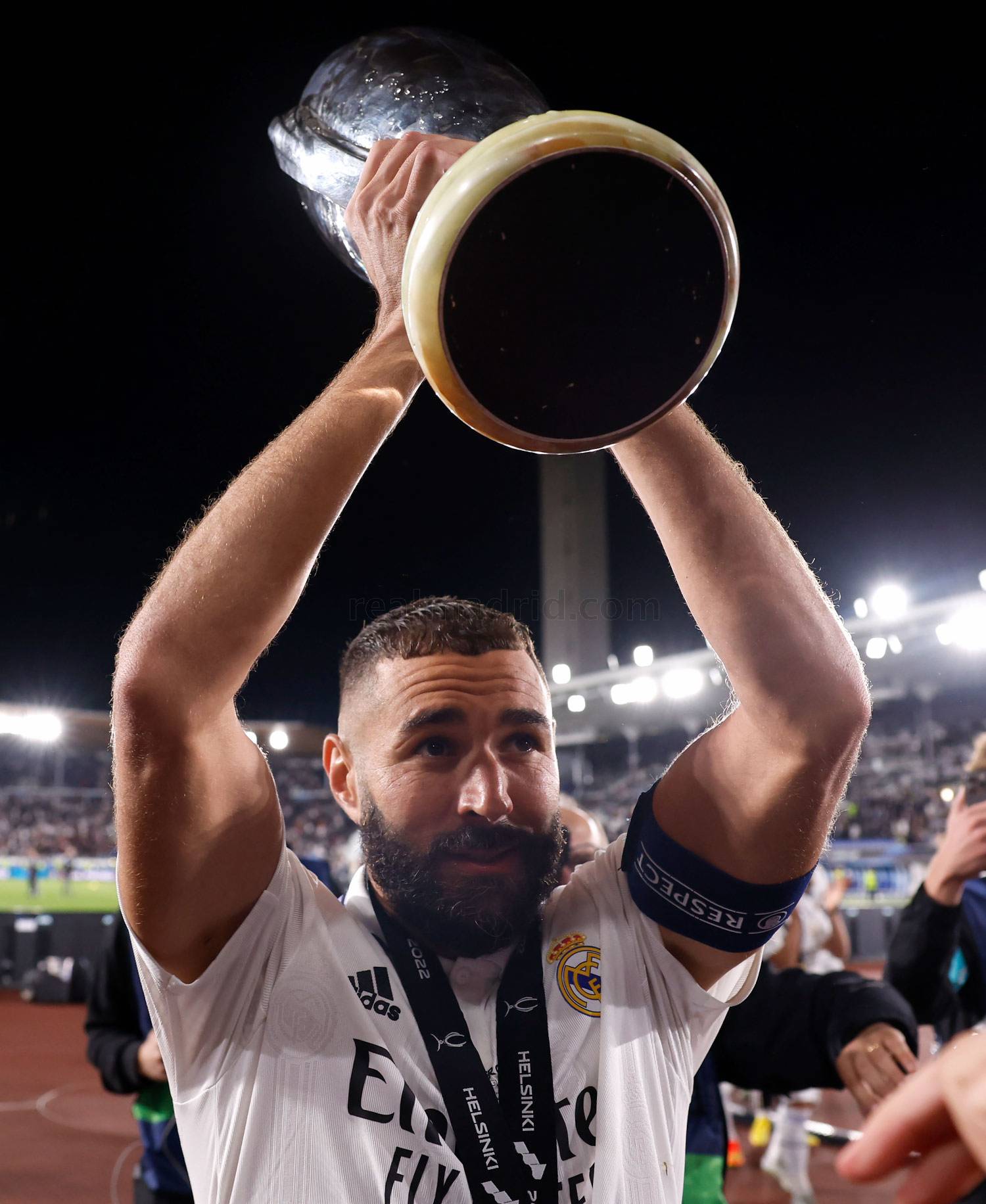 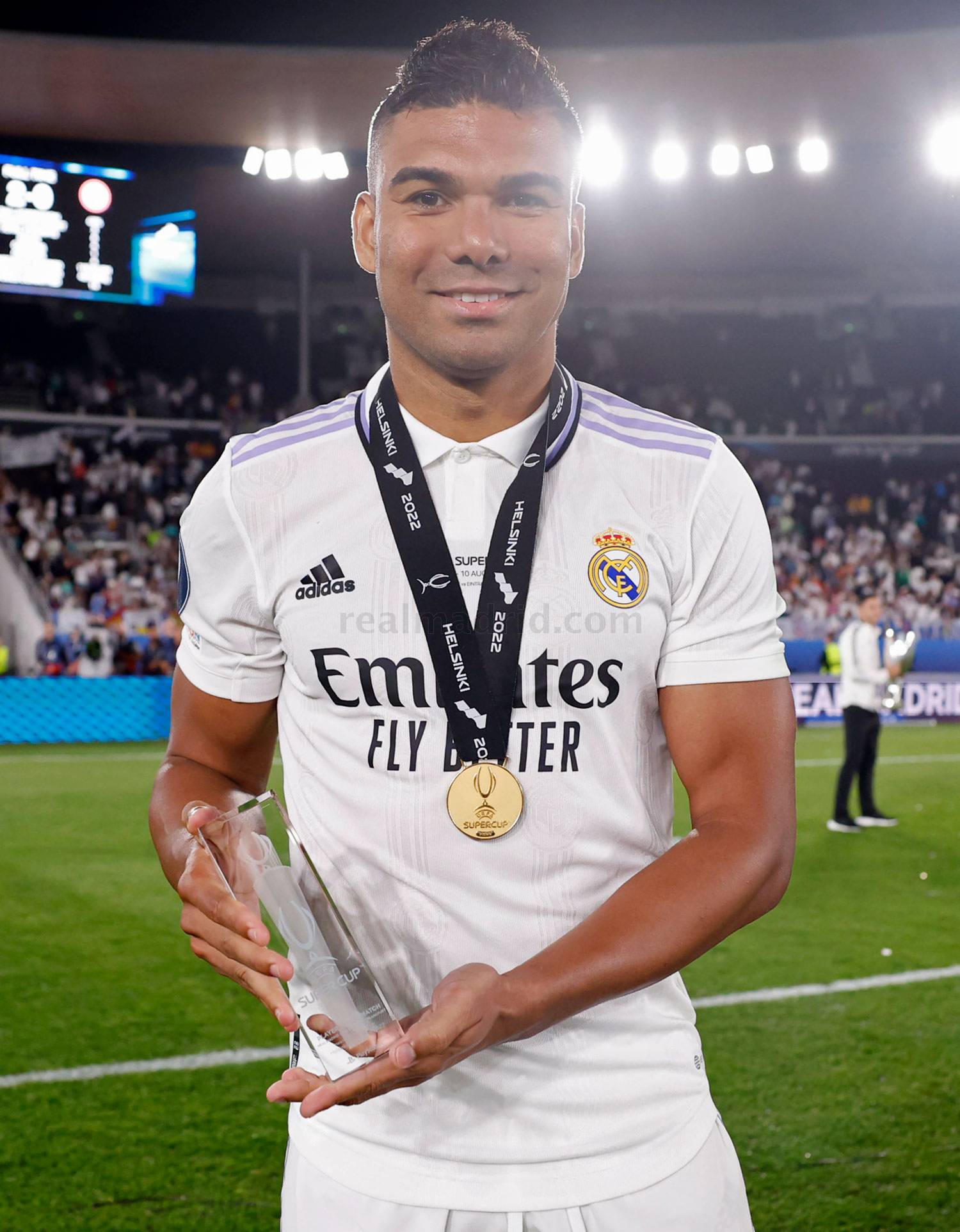 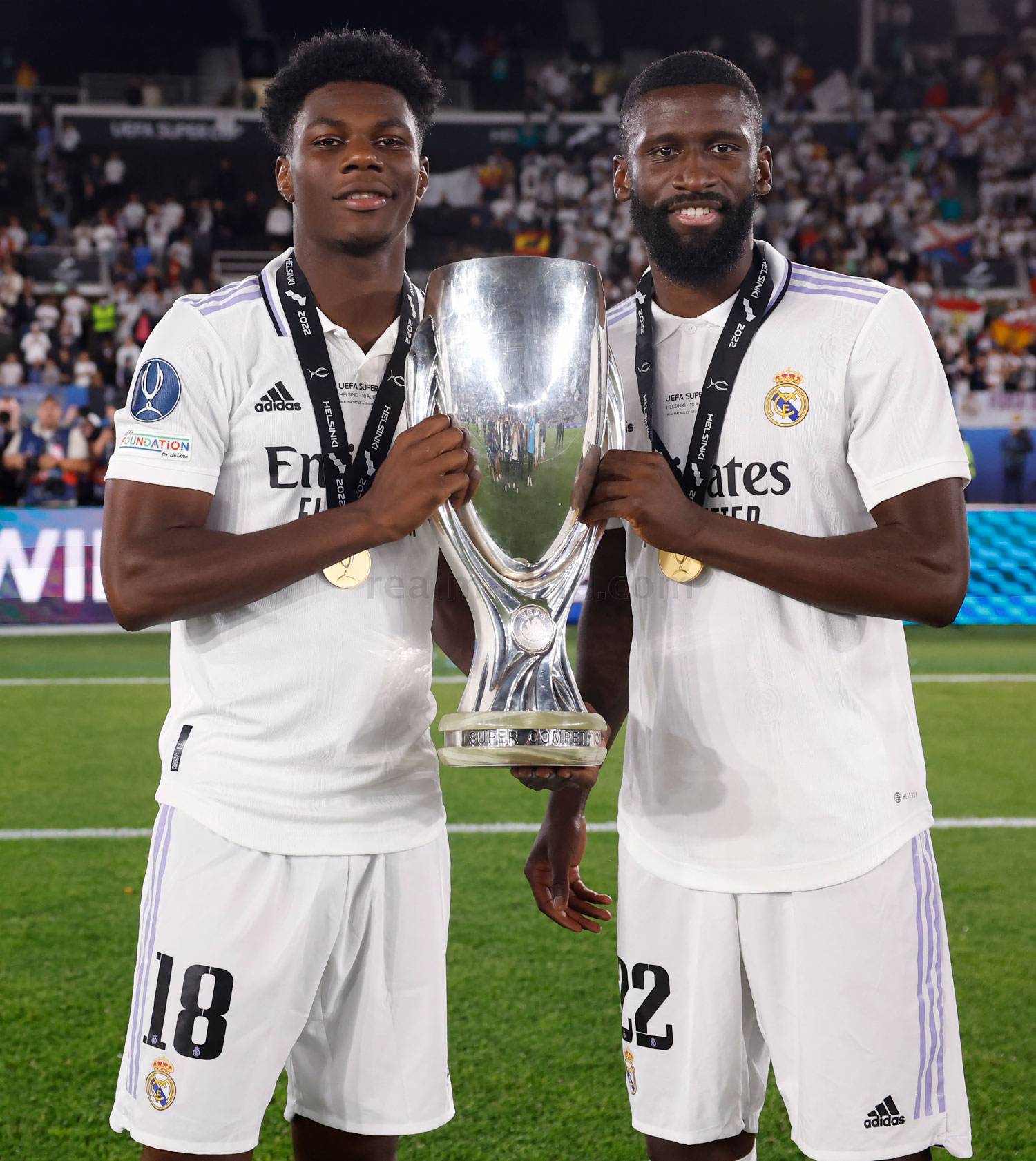 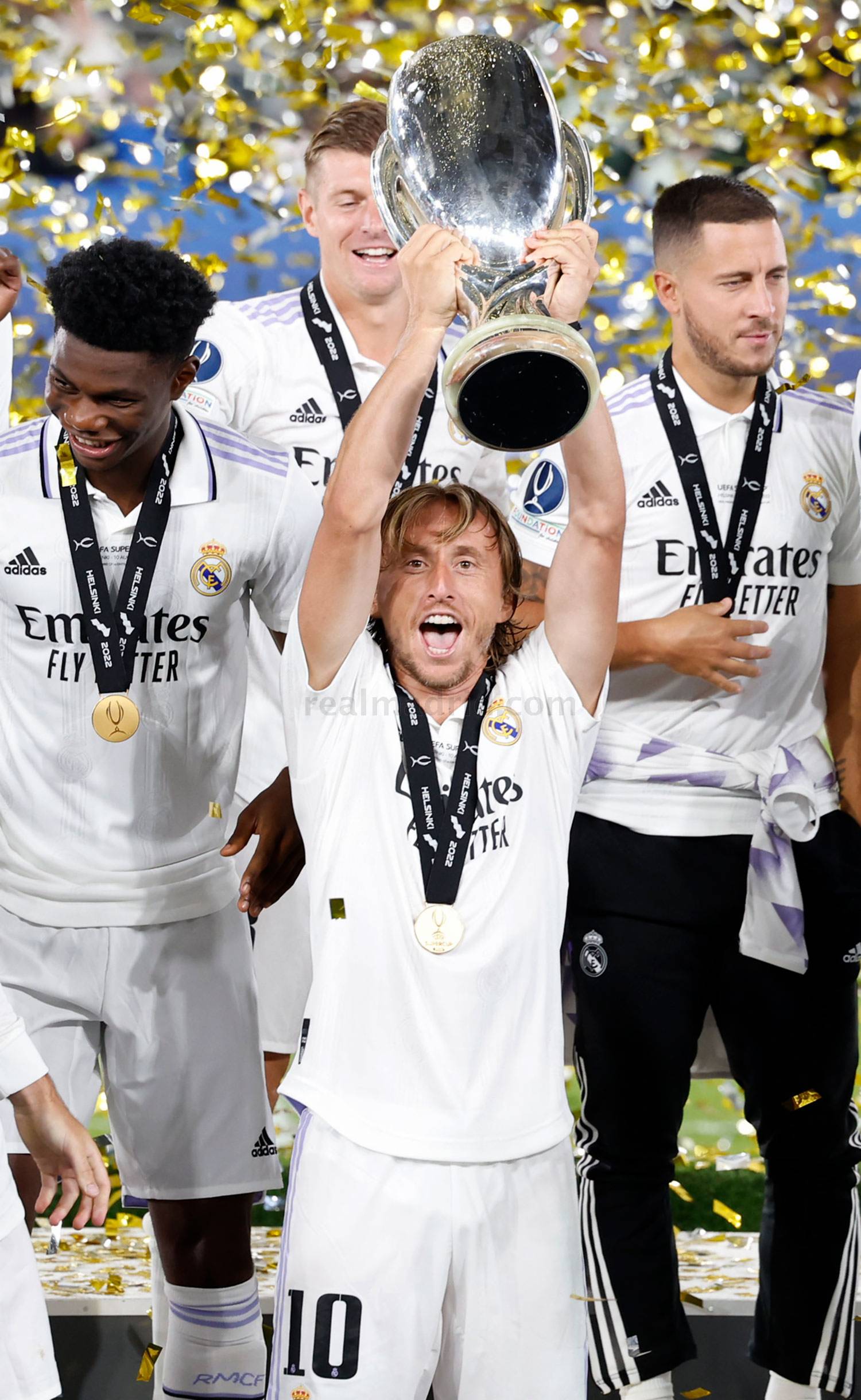 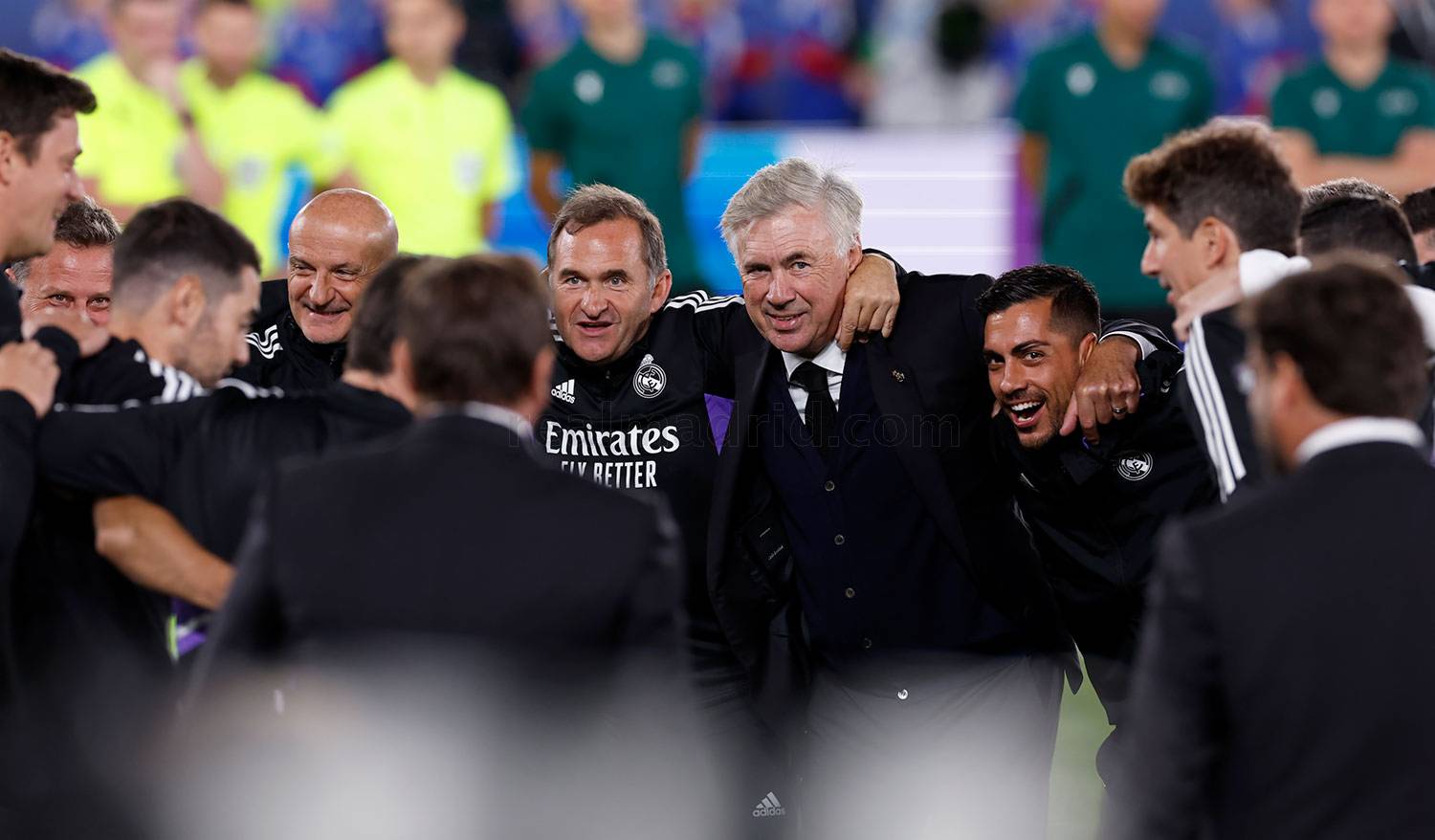 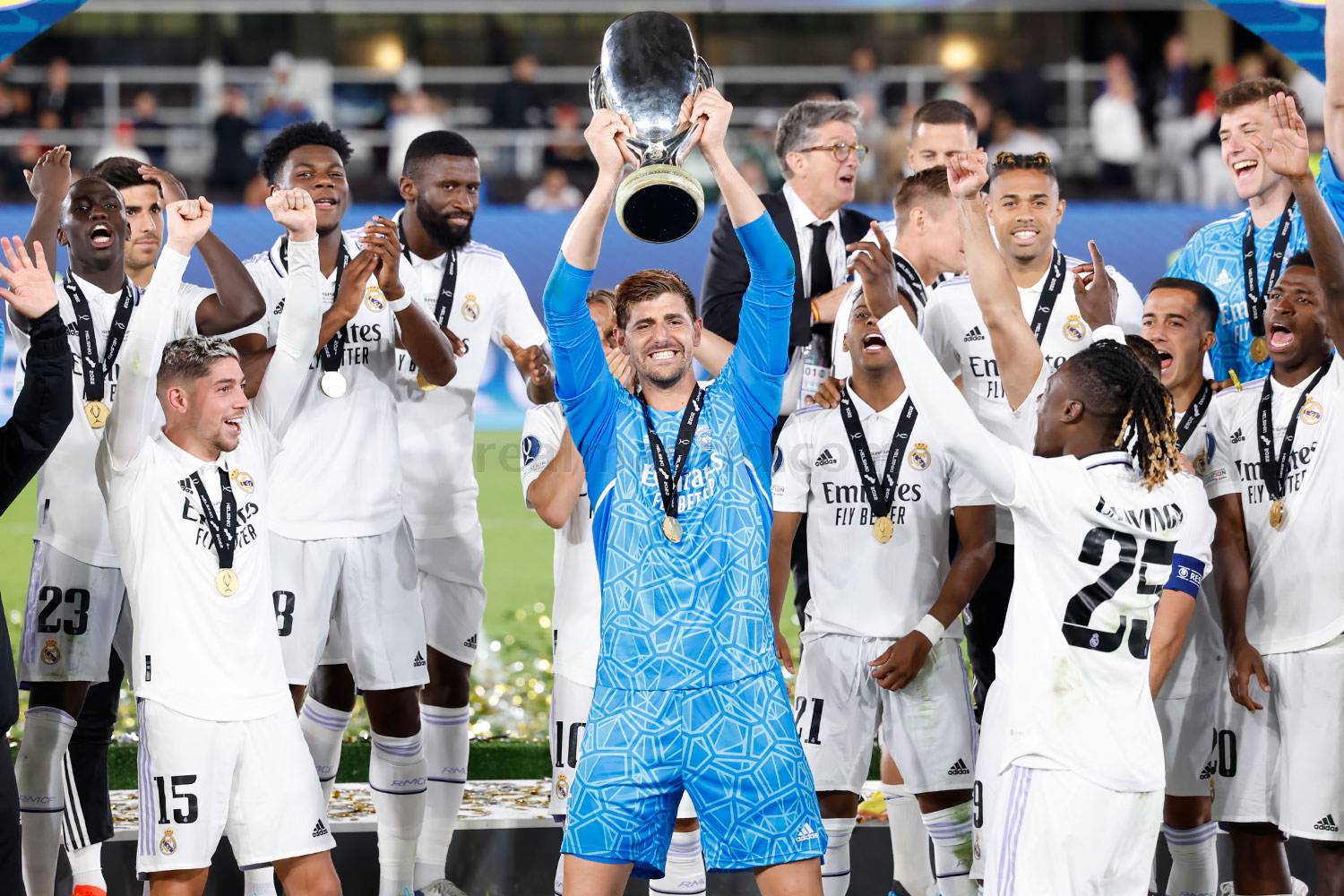 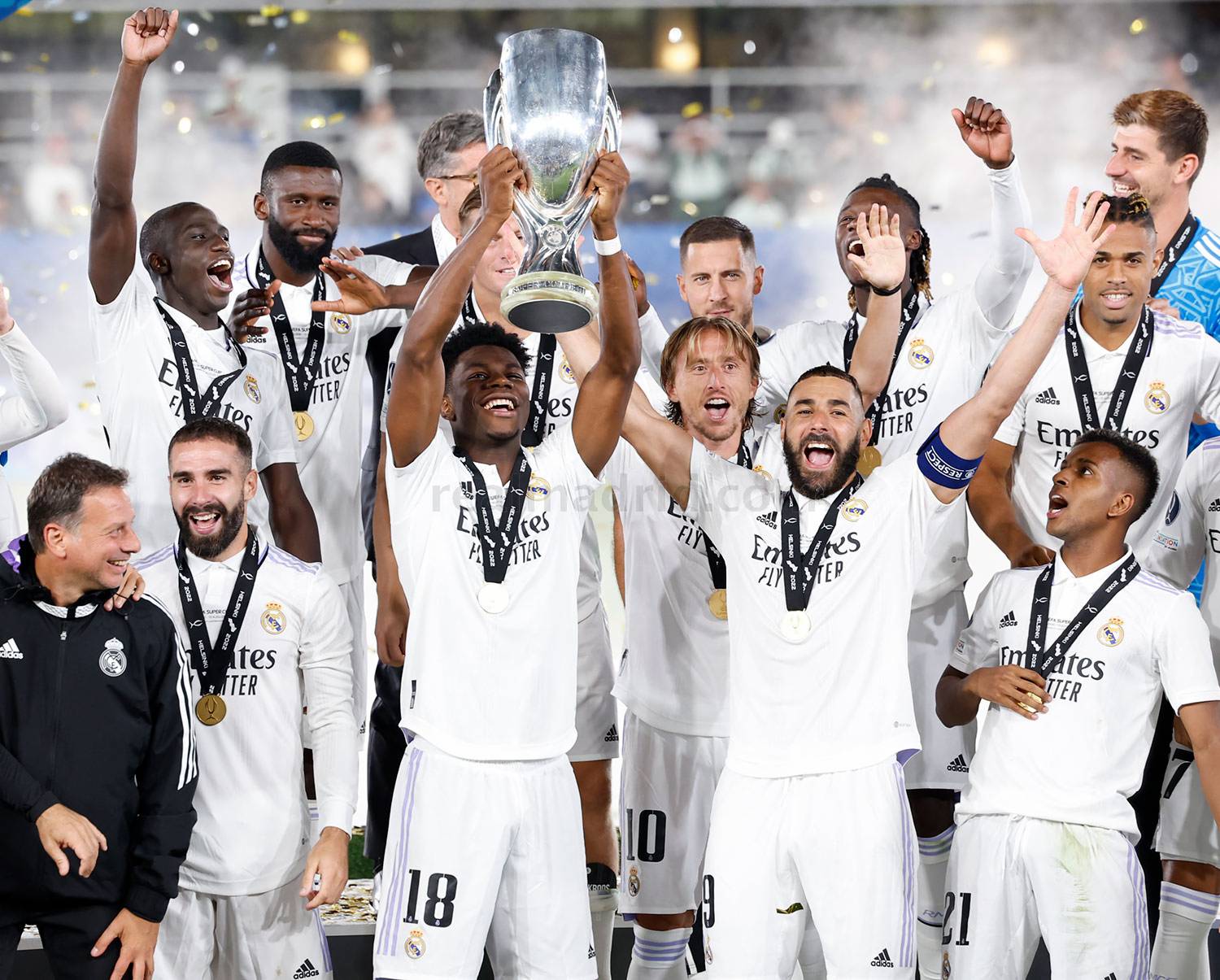 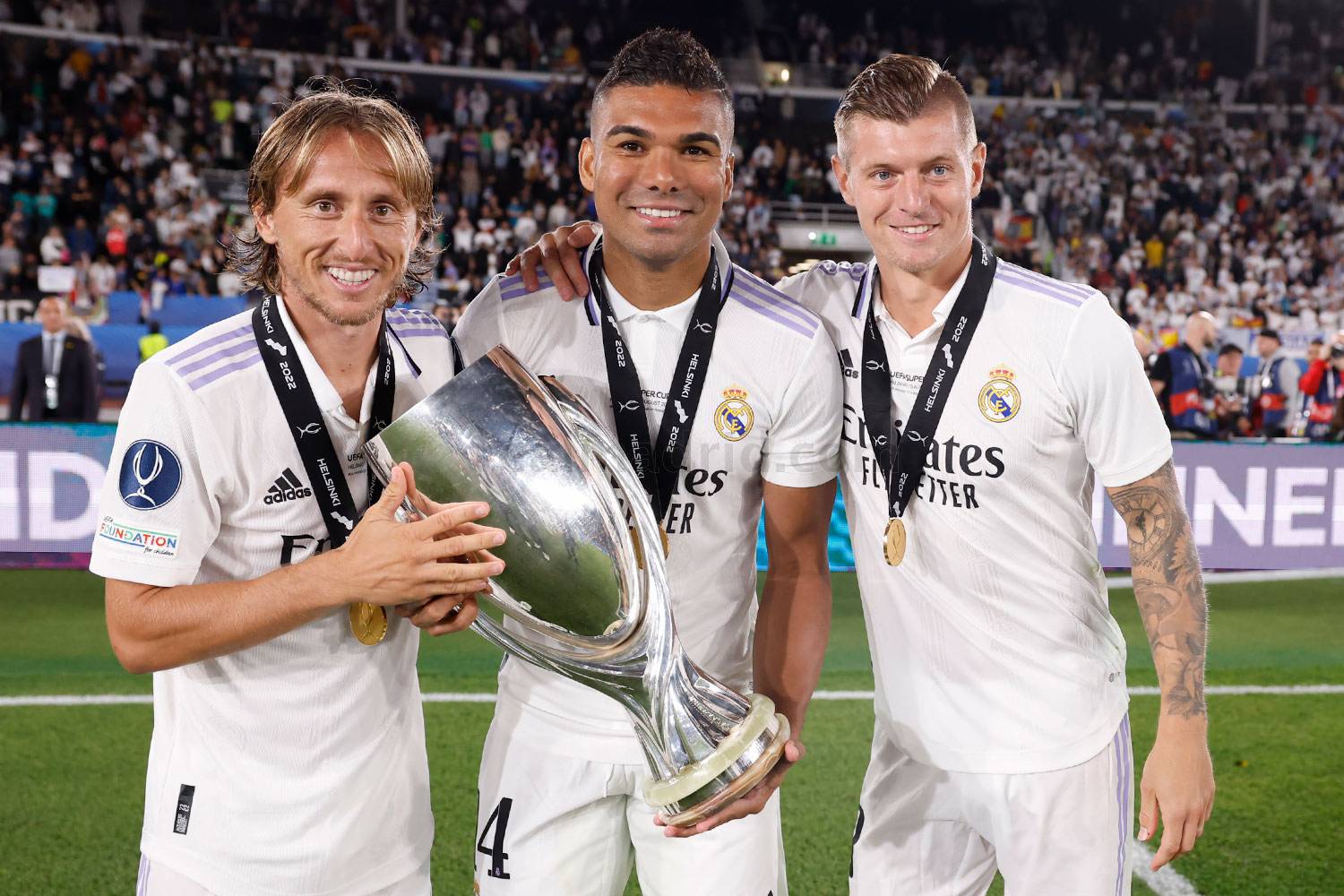 ANCELOTTI HAS WON THE MOST EUROPEAN SUPER CUPS AS A COACH

Carlo Ancelotti claimed his fourth UEFA Super Cup in Finland and is now the coach who has won this title the most times. The Italian has won it twice with our team (2014 and 2022) and twice with Milan (2003 and 2007).

Tchouameni and Rüdiger made their official debuts for Real Madrid at the Olympic Stadium in Helsinki. The two new signings won their first UEFA Super Cup titles as Real Madrid players.