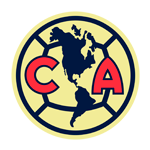 A superb goal from Benzema and an Hazard penalty were the goals for Real Madrid against Club America in San Francisco.

Preparations for the 2022/23 season continue for Real Madrid, with Carlo Ancelotti's team being held to a draw against Club America in the second match of the Soccer Champions Tour, played at Oracle Park in San Francisco. The Mexican team went in front, but goals from Benzema and Hazard turned the match on its head. Their opponents, though, levelled the match from the penalty spot to make it 2-2.

With just 5 minutes on the clock, Henry latched on to Layún's deflected shot to beat Lunin from close range, putting his side ahead. Soon after Zendejos tried his luck from distance, as Club América continued to press forward. Real Madrid got into their stride as the minutes ticked by and started to create chances of their own. Benzema linked up with Asensio, who fed the ball back to the Frenchman who fired the ball into the net with a lovely, finish from a tight angle, with Ochoa unable to keep it out (23 mins).

Chances
The goal didn't stop Club América from pushing forward as they looked to add to their tally. Lunin saved a Layún free-kick on the half-hour mark but Ancelotti's side hit back as they went in search of the lead. It was Benzema involved again as the Frenchman's superb individual play saw him beat two opponents on the edge of the area, before his right-footed effort sailed narrowly wide (41 mins). Rüdiger came close to making it 2-1 just before half-time when he headed a Kroos corner wide.

Ancelotti brought on Tchouameni, Camavinga, Hazard, Militão, Militão, Valverde, Ceballos, Alaba and Rodrygo at the break and in the 48th minute, the Belgian forward turned Valverde's low cross over the bar. Real Madrid kept pressing forward and Alaba came close through a set-piece (51'). Just three minutes later, the referee pointed to the penalty spot after Reyes upended Lucas V. Hazard stepped up to convert the spot-kick and put his side in front. Ancelotti's men then looked for the third as Tchouameni struck a long-range shot over (59').

America hit back with Valdés' effort skimming Lunin's left-hand post (64 mins). Ceballos had the opportunity to make it 3-1 shortly after, but Jiménez pulled off a fine save to deny him. The Mexican goalkeeper was called into action again in the 72nd minute when Tchouameni's right-footed strike was cleared off the line. The referee awarded a harsh penalty eight minutes later after Tobias was adjudged to have fouled Fidalgo. Lunin saved the penalty, but the referee ordered a retake after the goalkeeper had moved off of his line and this time the former Real Madrid player equalised. Real Madrid pushed for the win right to the end with Rodrygo and Alaba coming close thanks to two good chances in the last five minutes. But the second match of the Soccer Champions Tour finally ended all square. 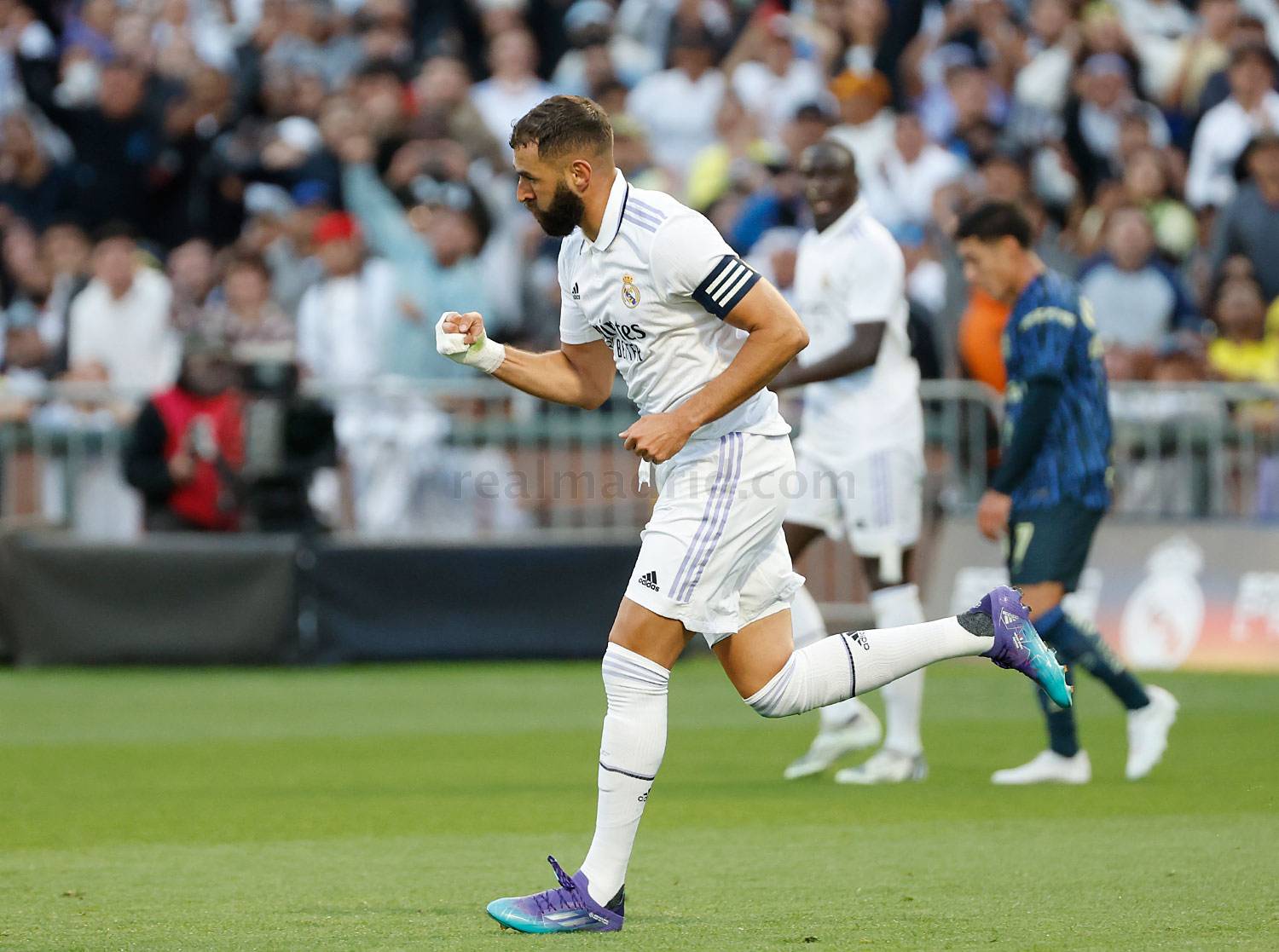 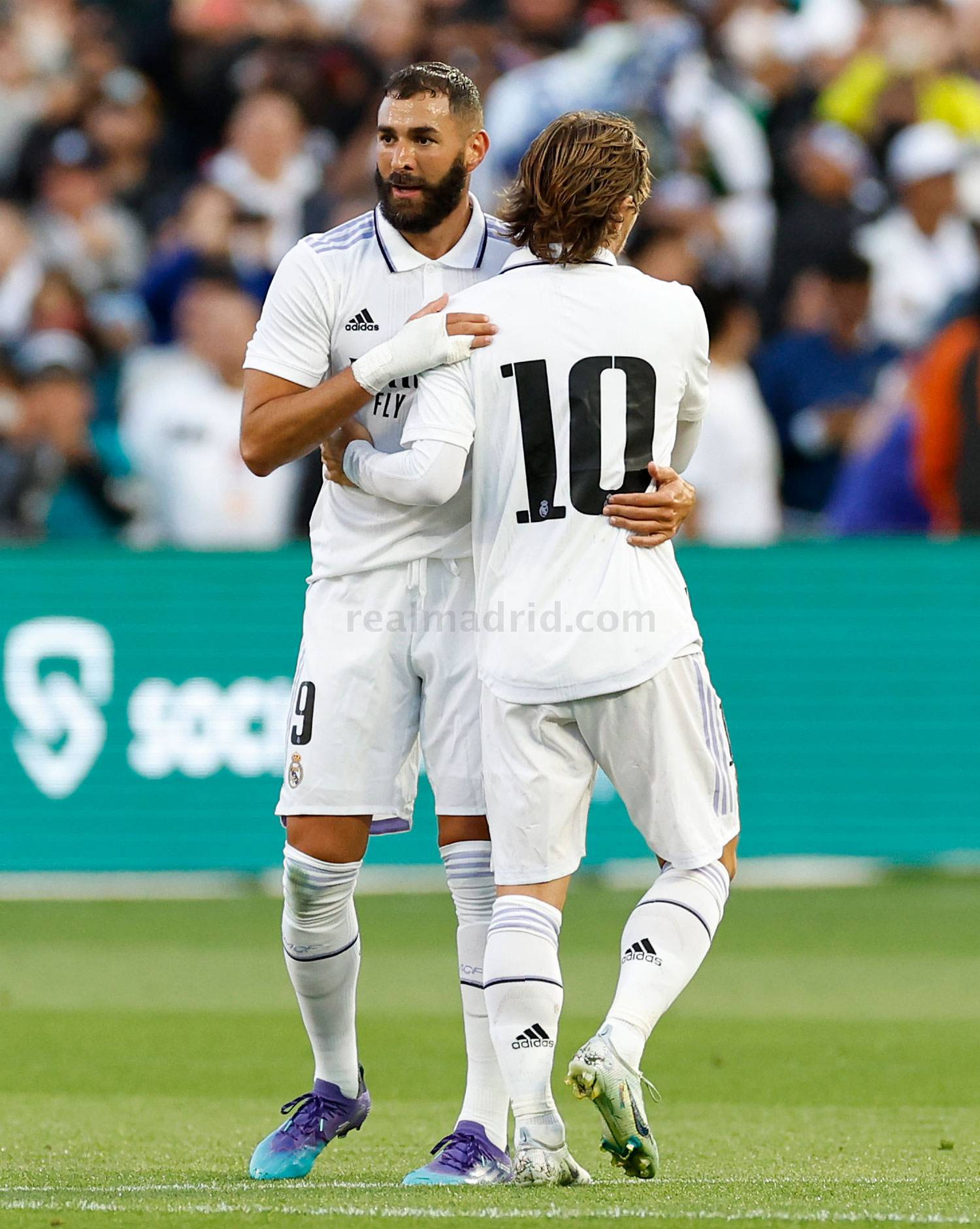 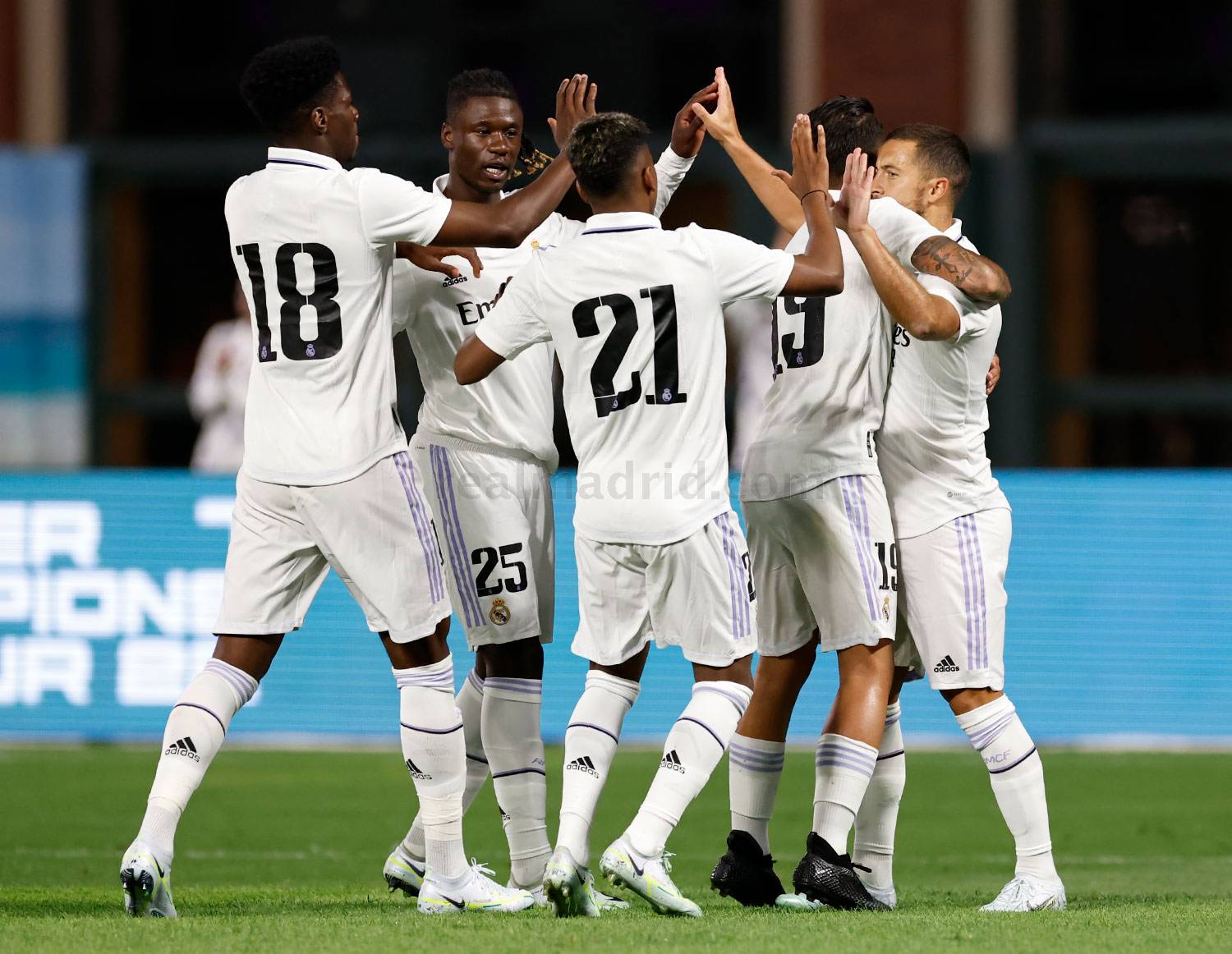 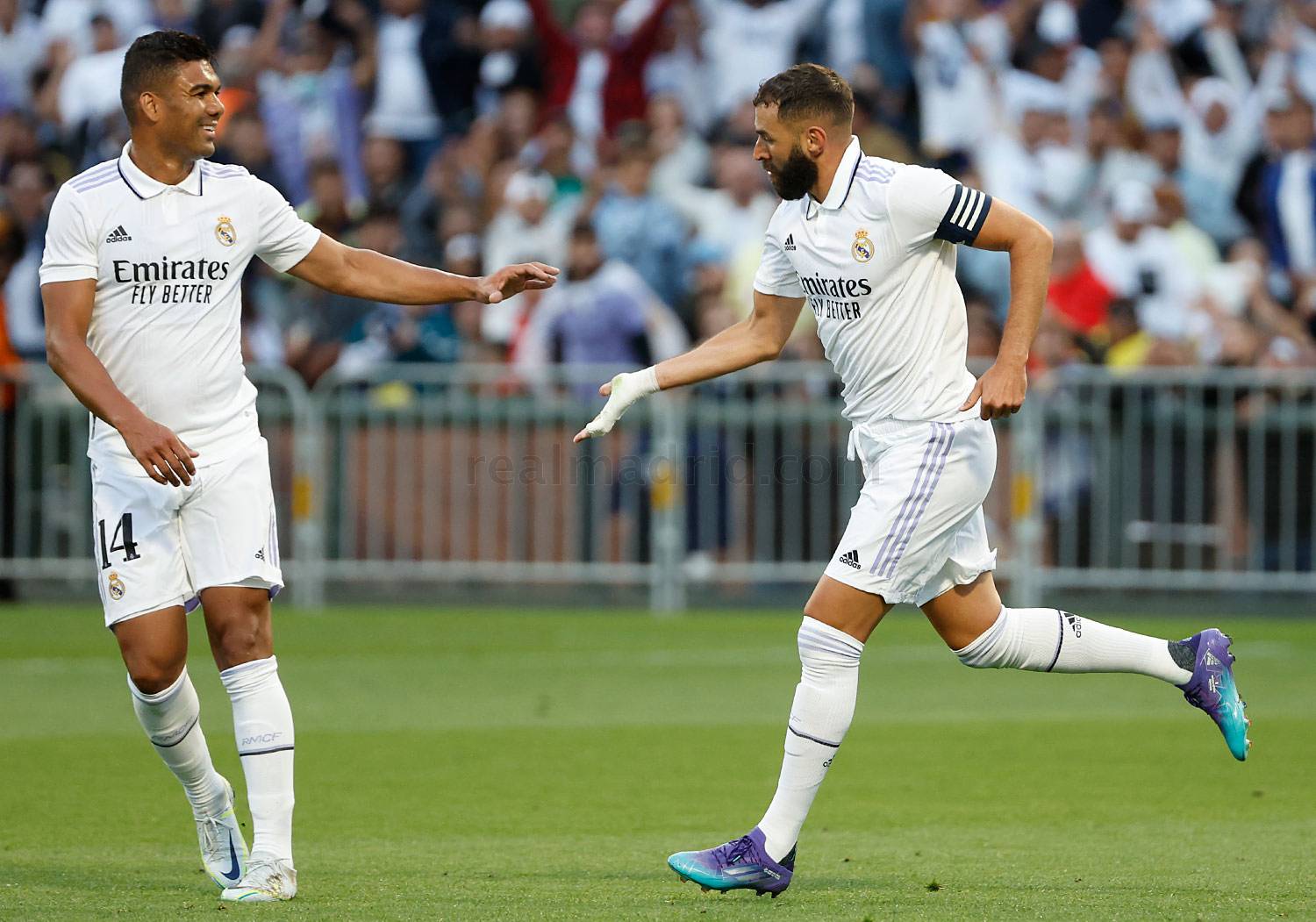 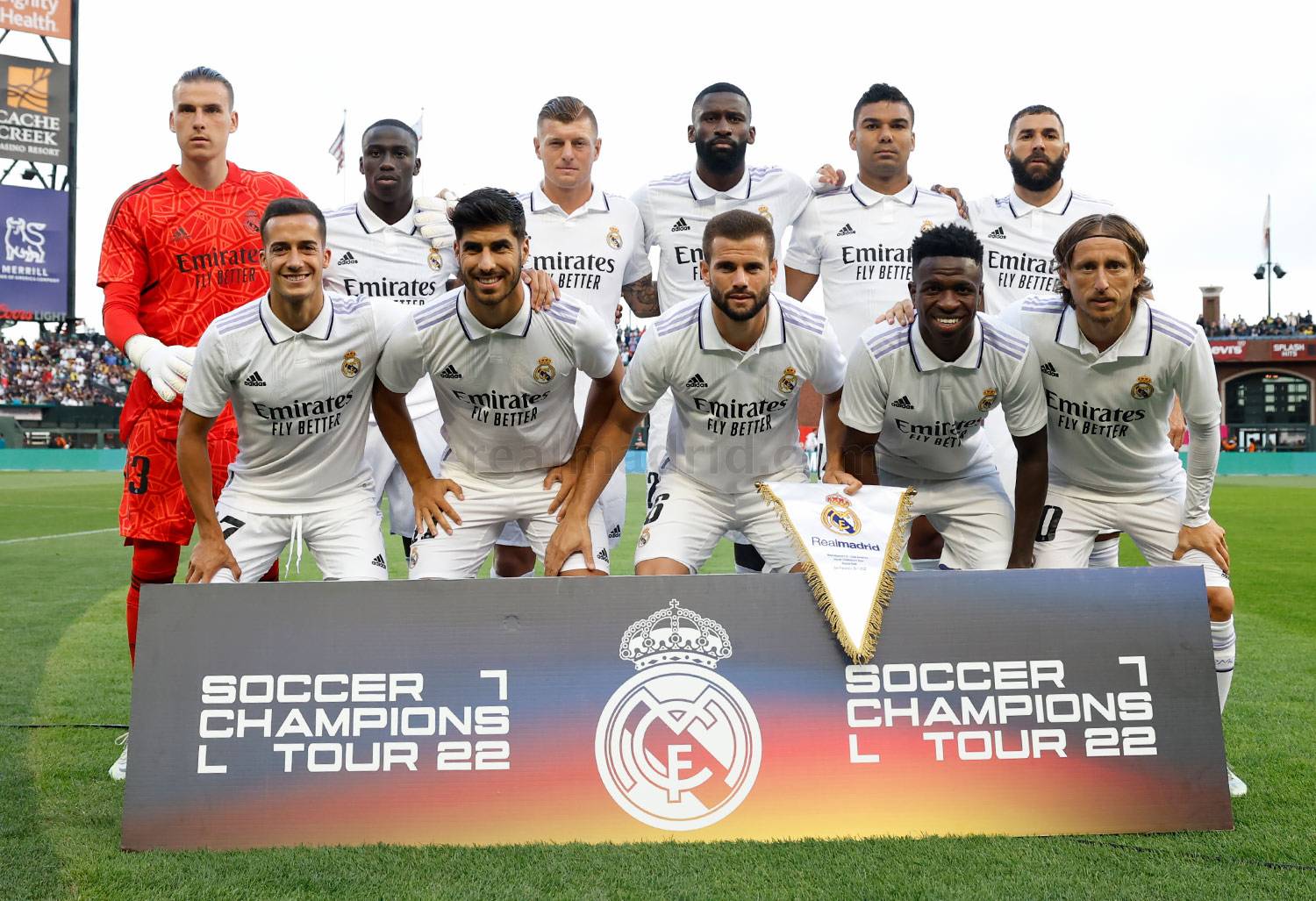 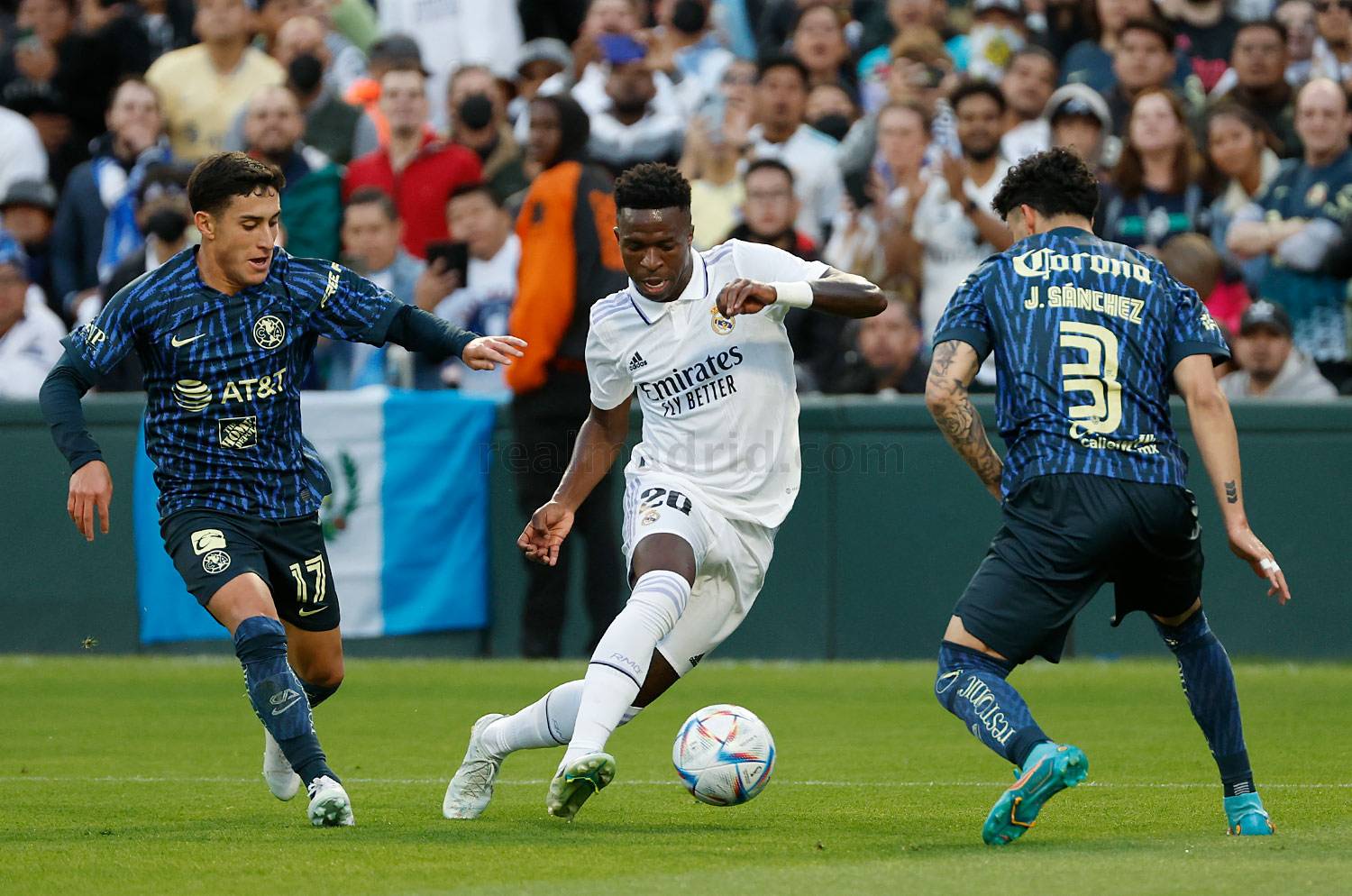 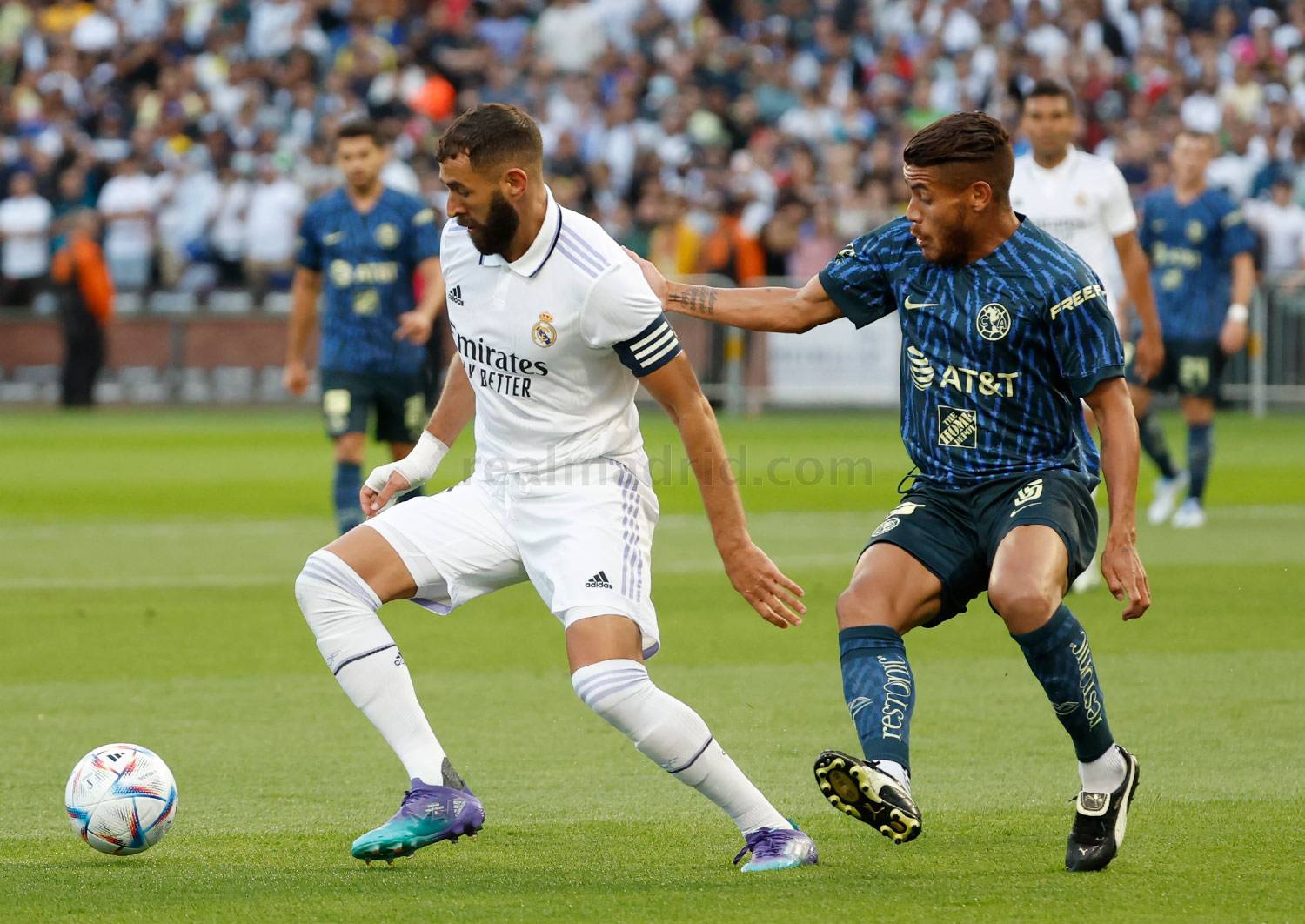 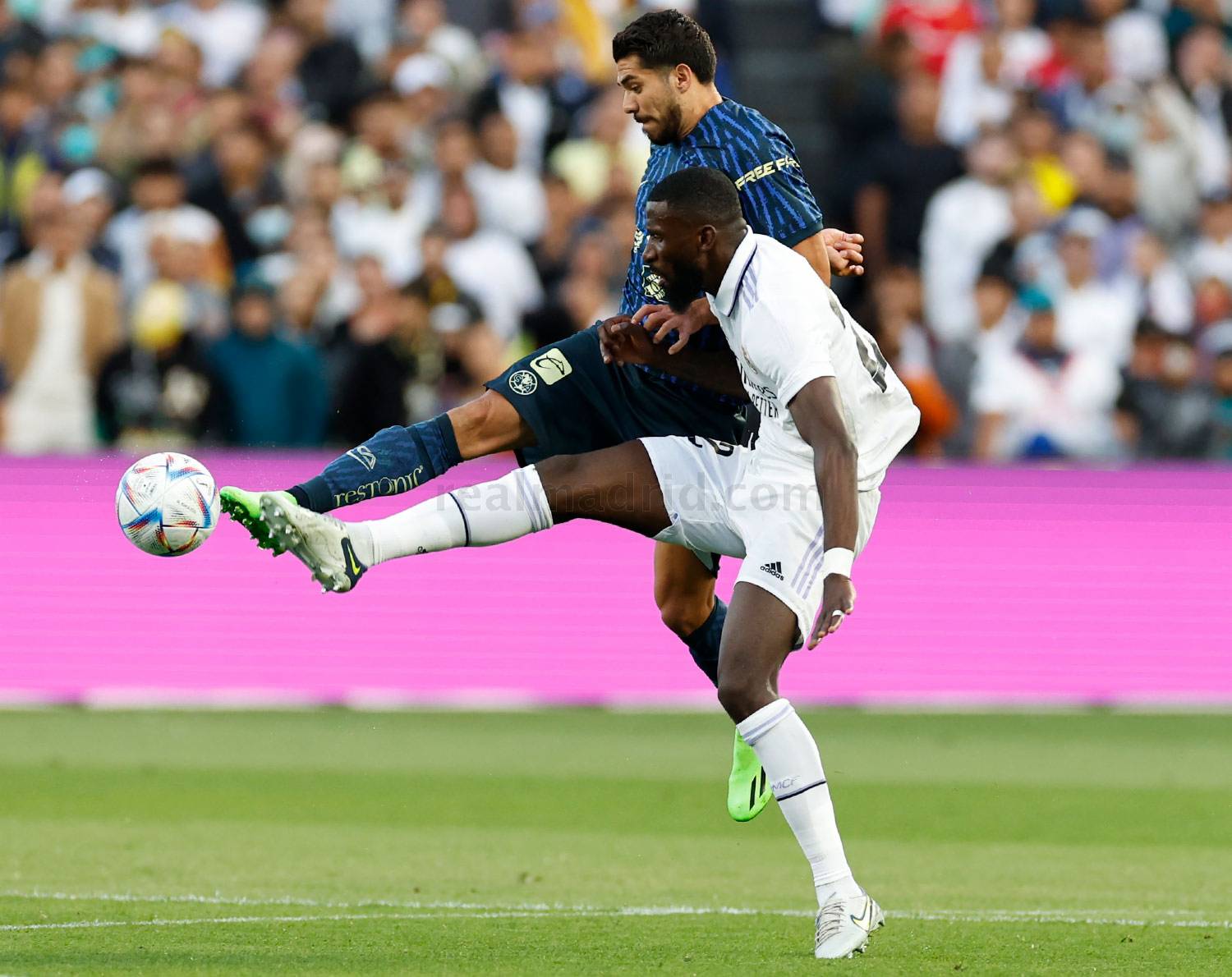 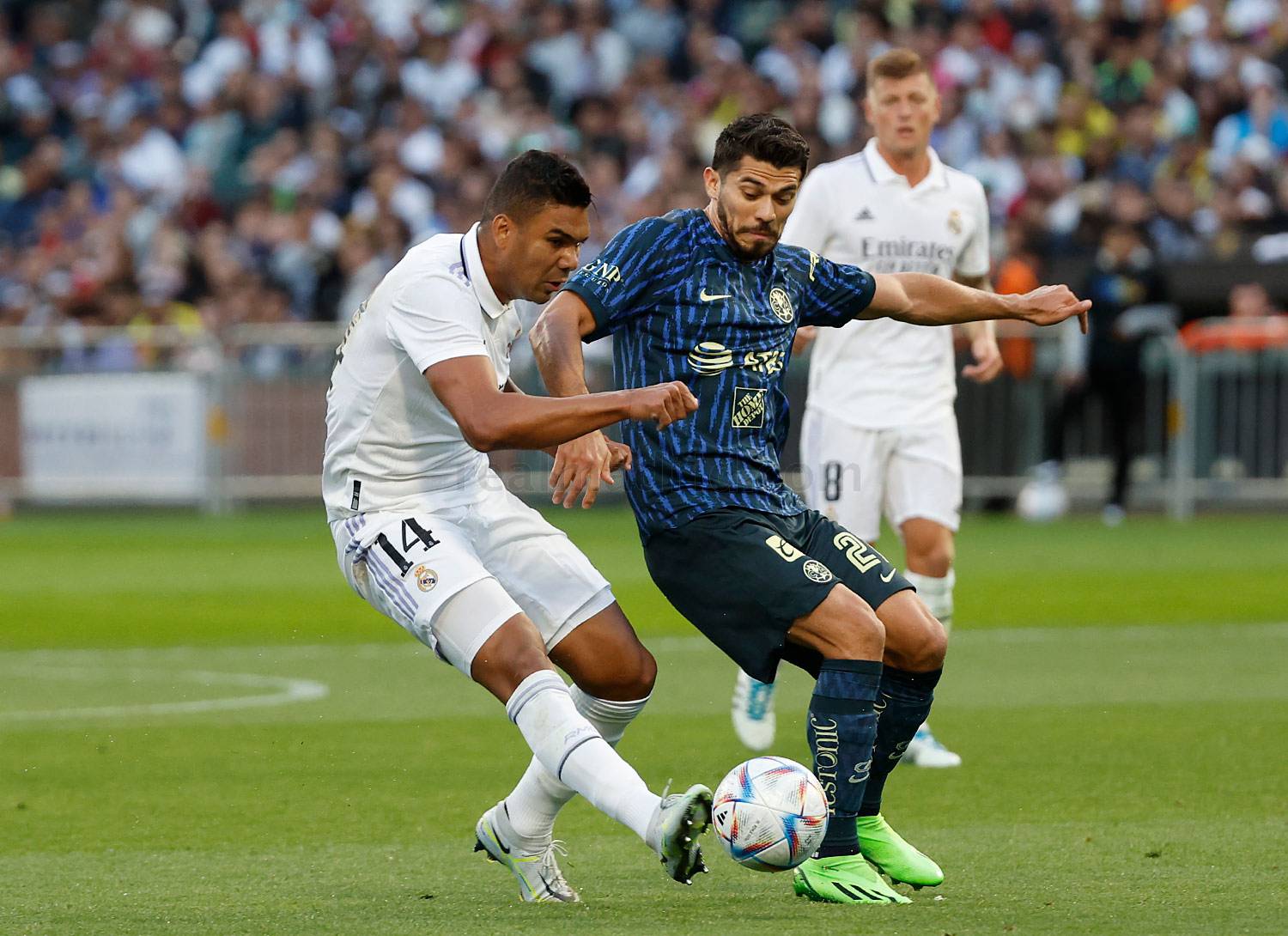 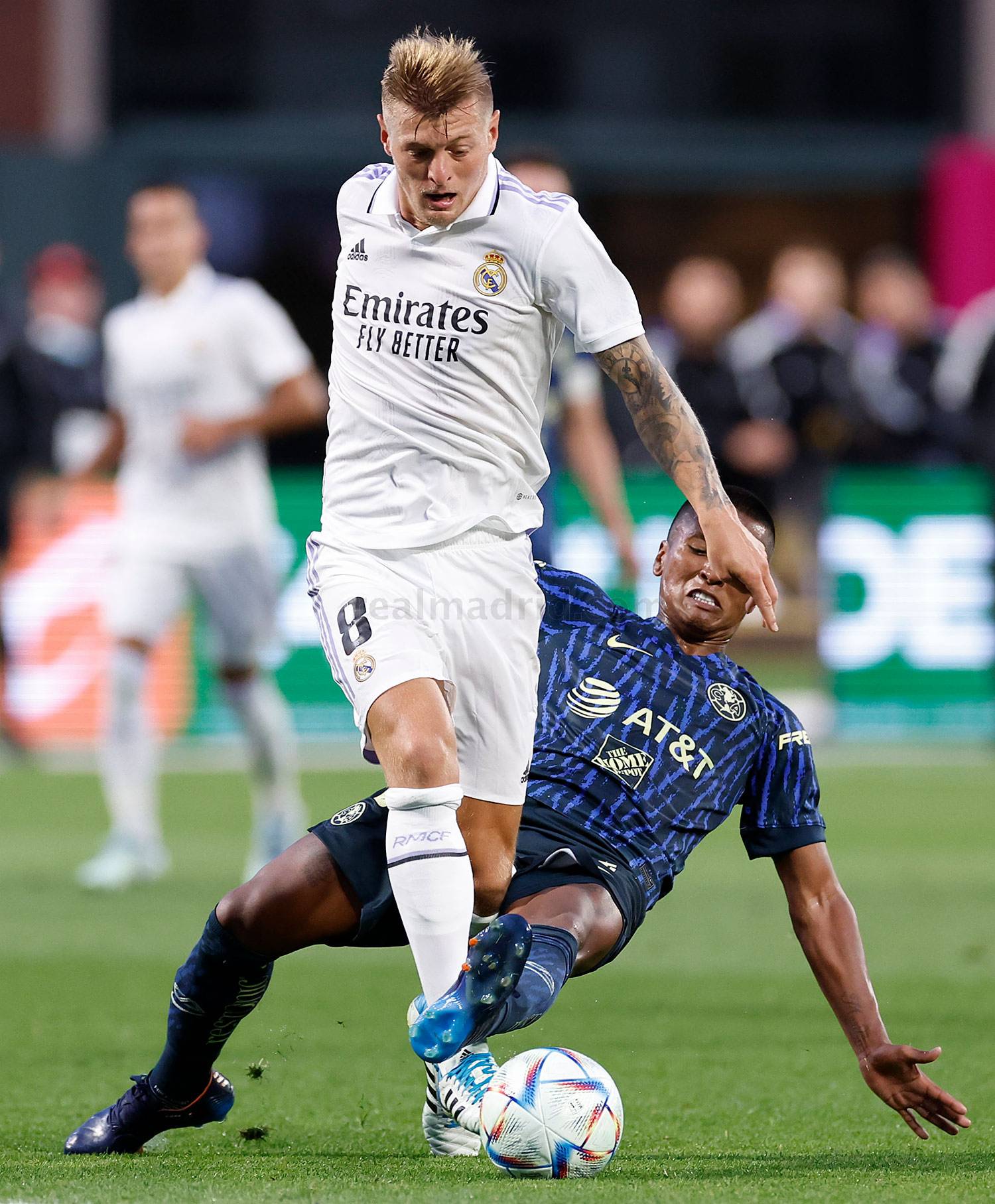 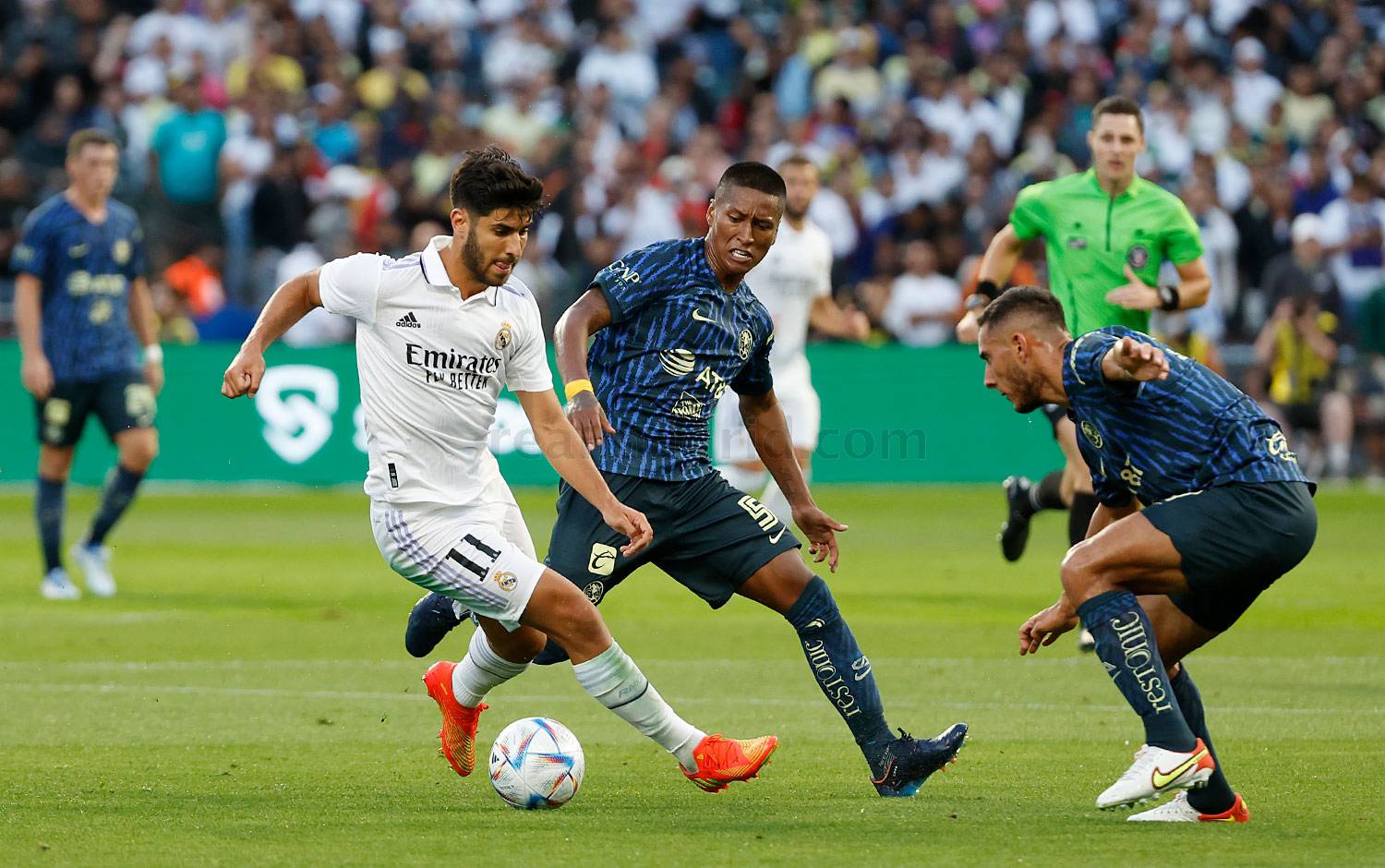 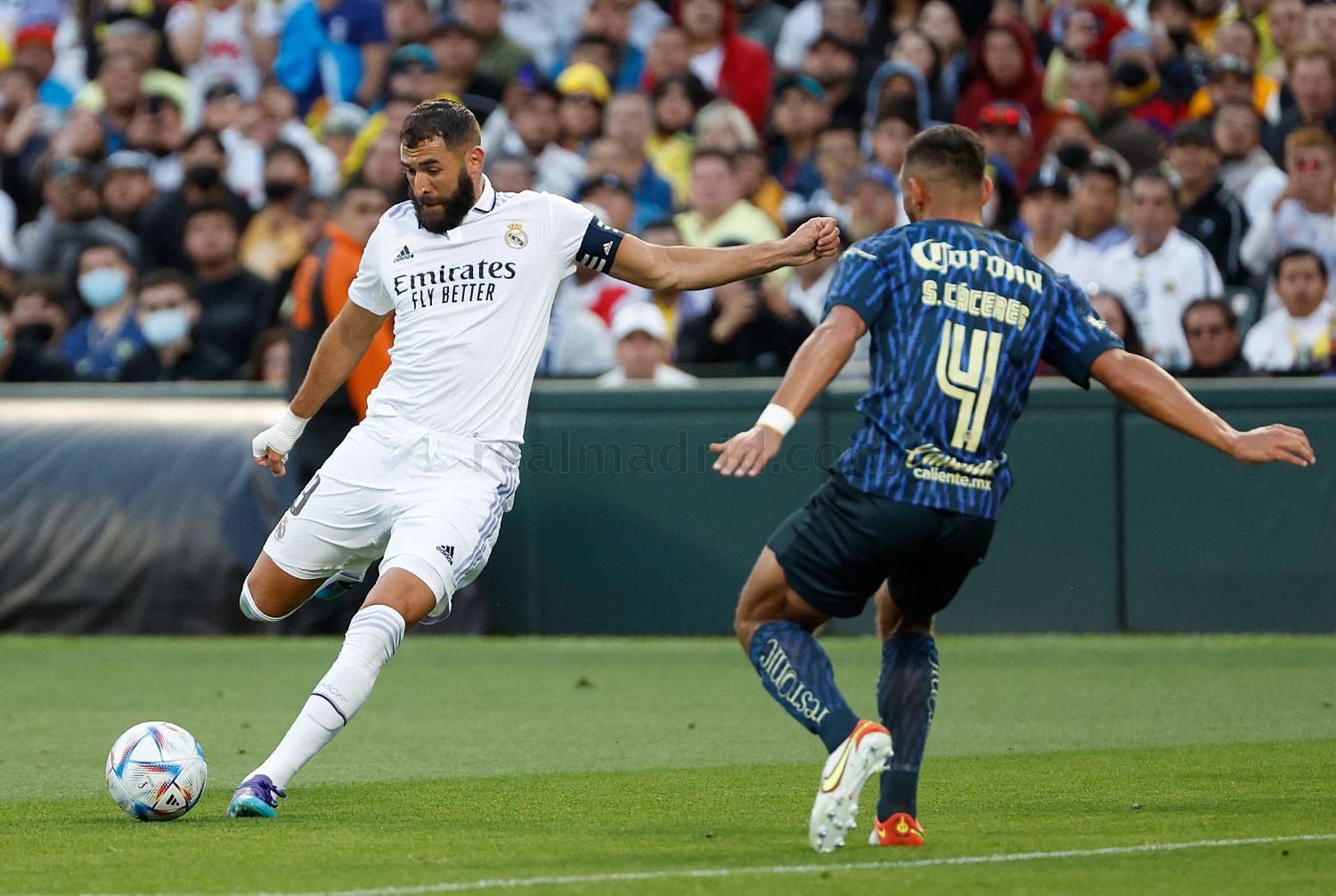 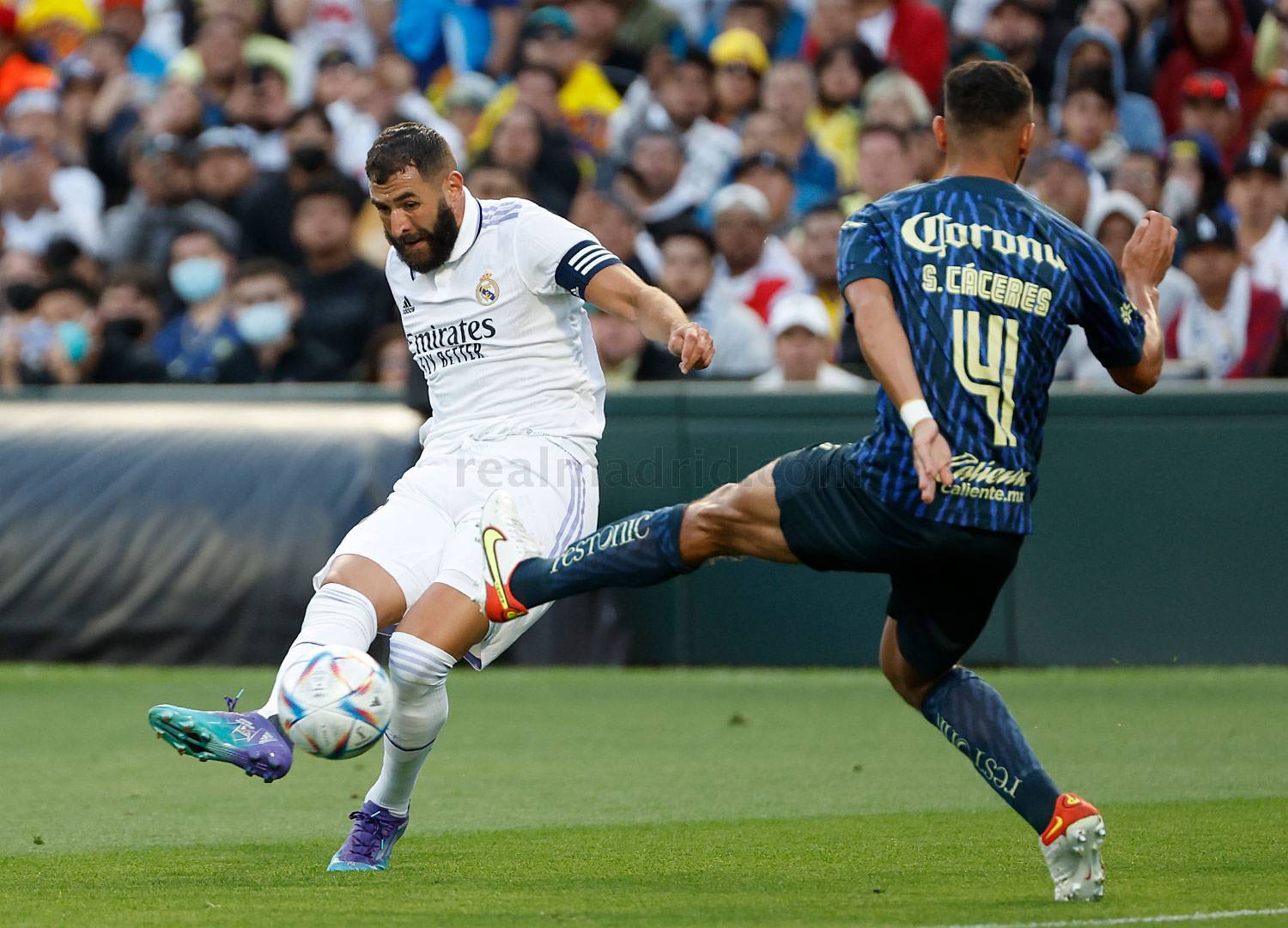 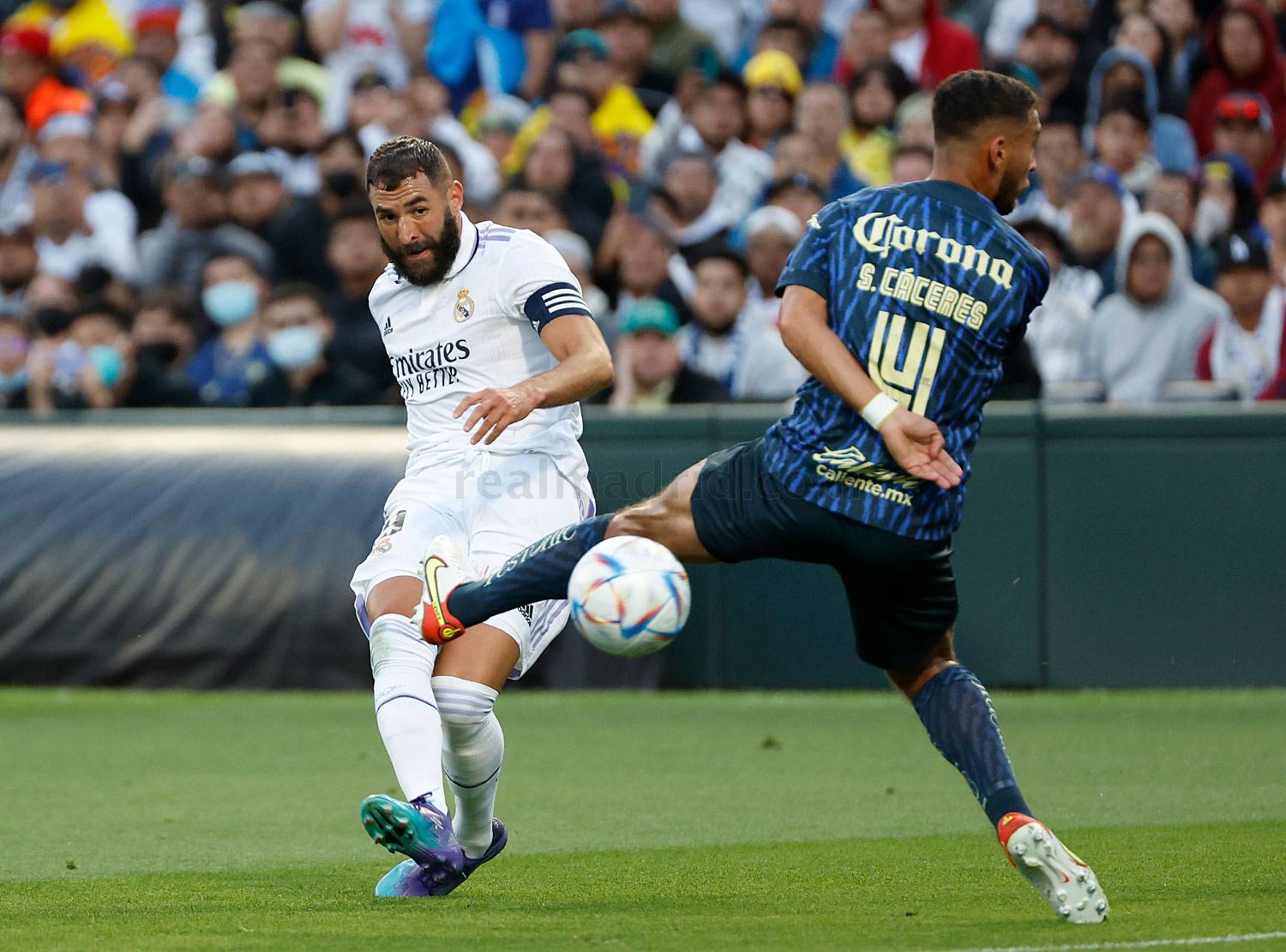