Real Madrid defeated Espanyol (4-0) to secure the title with four games still to play in the competition.

The team added to its silverware list in the competition, which it has dominated since the very beginning.

On 30 April 2022, Real Madrid clinched their 35th LaLiga title. The Whites sealed the title courtesy of a 4-0 victory against Espanyol with four games still to play. The Santiago Bernabéu bore witness to another special moment in the club’s history as the fans celebrated the title along with the players. The players and the supporters continued the celebrations at Cibeles on a magical night for all madridistas.

Real Madrid dominated the 2021-22 competition and only spent one week (matchday two) off the top spot. This epic season will also be remembered for the return to football at the Santiago Bernabéu after an absence of 560 days. This moment came against Celta on matchday four when our side produced a stunning 5-2 victory.

It’s also important to highlight the team’s never-say-die attitude which allowed the side to record decisive results in the league campaign, including those at the Camp Nou (1-2); a 2-1 win against Sevilla with a stunning goal from Vini Jr. in the 87th minute; at the Reale Arena (0-2); the Madrid derby against Atlético (2-0) at the Bernabéu; San Mamés (1-2); and the sensational comeback at the Sánchez-Pizjuán (2-3), when Madrid were 2-0 down at halftime. “It’s a well deserved league title, which the team has fought hard for from the start”, said Florentino Pérez in relation to the team’s consistency in the competition.

The responsibility to collect to LaLiga trophy from the presidential box at the Bernabéu lay with Marcelo and Benzema. The Brazilian made Real Madrid history by becoming the player to have won the most trophies for the club (24). Meanwhile, Karim Benzema has been clinical in front of goal this campaign, recording the best tally of his career. After the win that sealed the club’s 35th league crown, the Frenchman tops the Pichichi chart with 26 goals.

Ancelotti
The Italian coach reached a milestone with this latest trophy for Real Madrid, as he becomes the first manager to win the top five European league titles: Spain, Italy, Germany, England and France. This trophy is his second piece of silverware of the season, after picking up the Spanish Super Cup, which means that Ancelotti has now won every single possible trophy for Real Madrid (Champions League, Club World Cup, UEFA Super Cup, LaLiga, Copa del Rey and Spanish Super Cup). 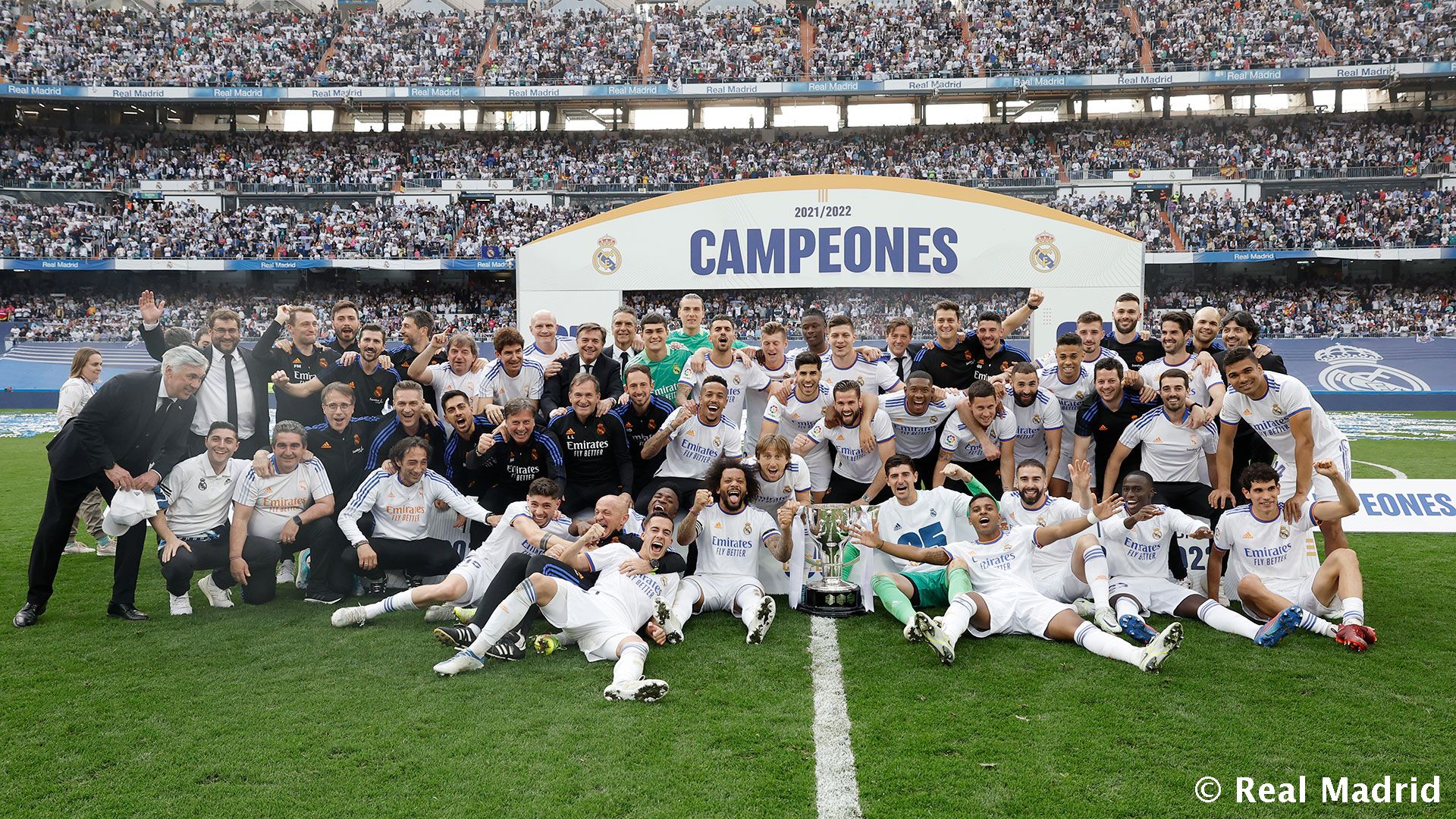 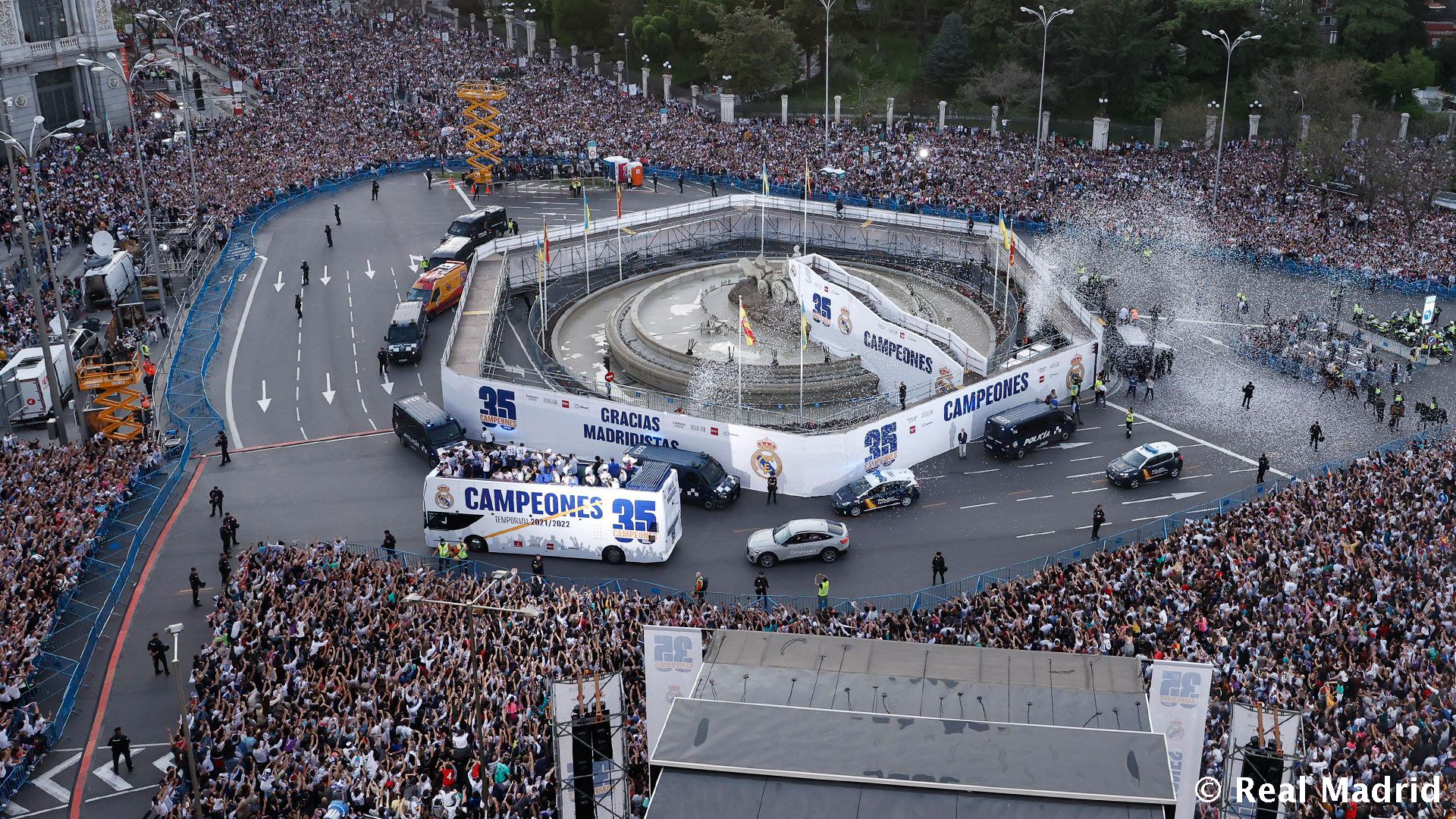 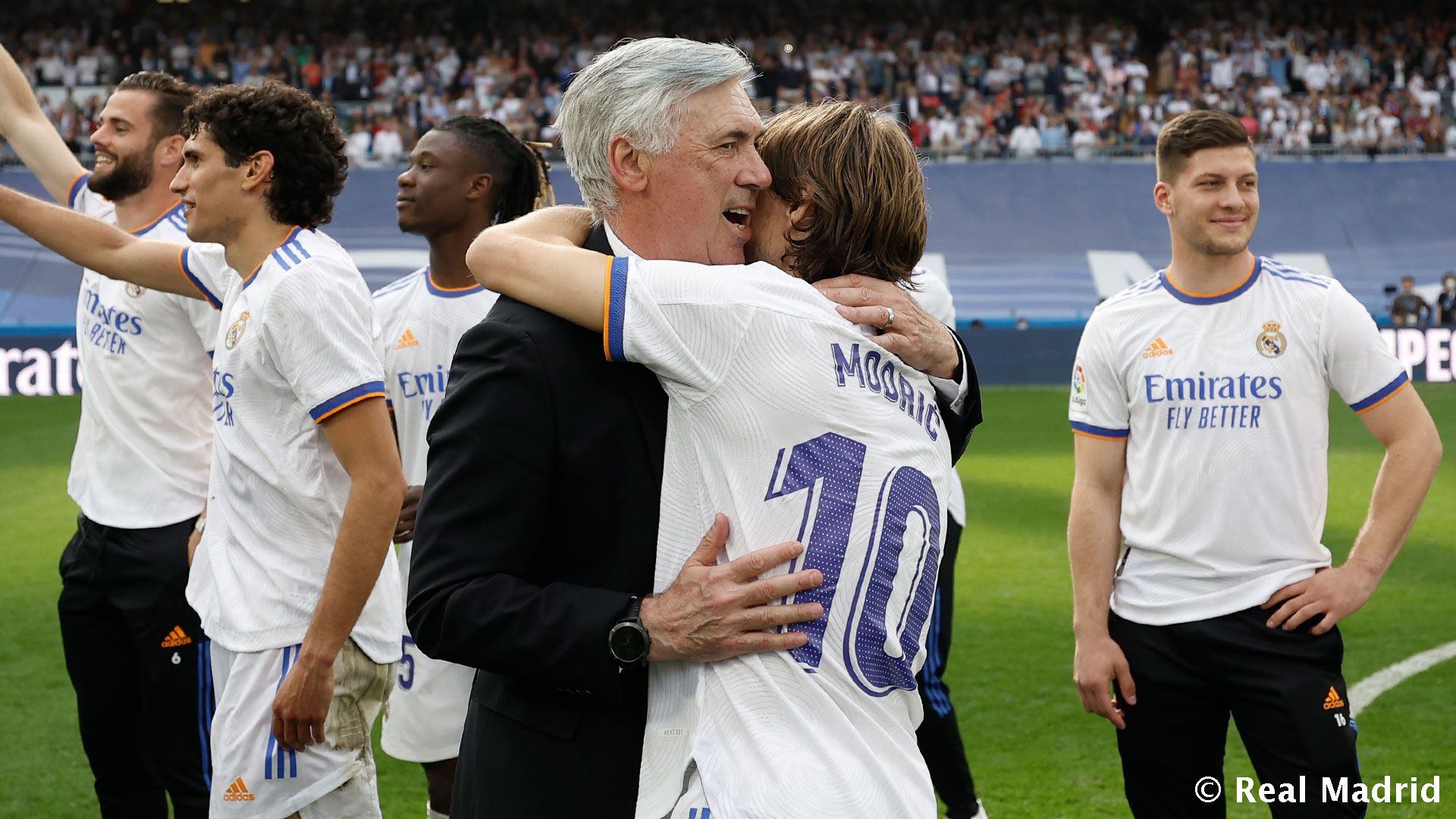 Inside Real Madrid: Ancelotti expresses his gratitude to his players for the title win and ends up dancing with his colleagues 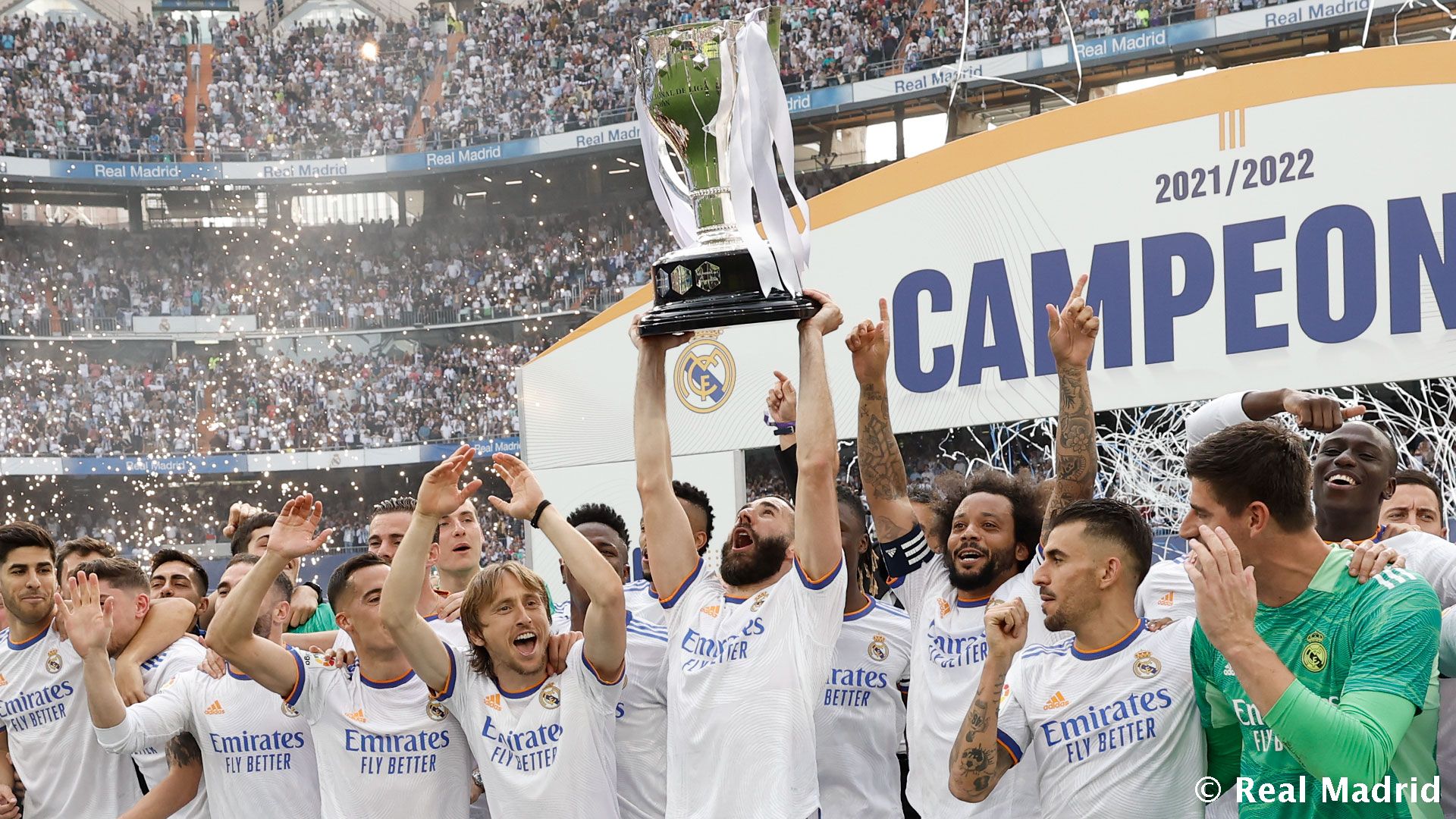 Inside Real Madrid: Benzema relishes watching his team-mates lift the league trophy one by one. 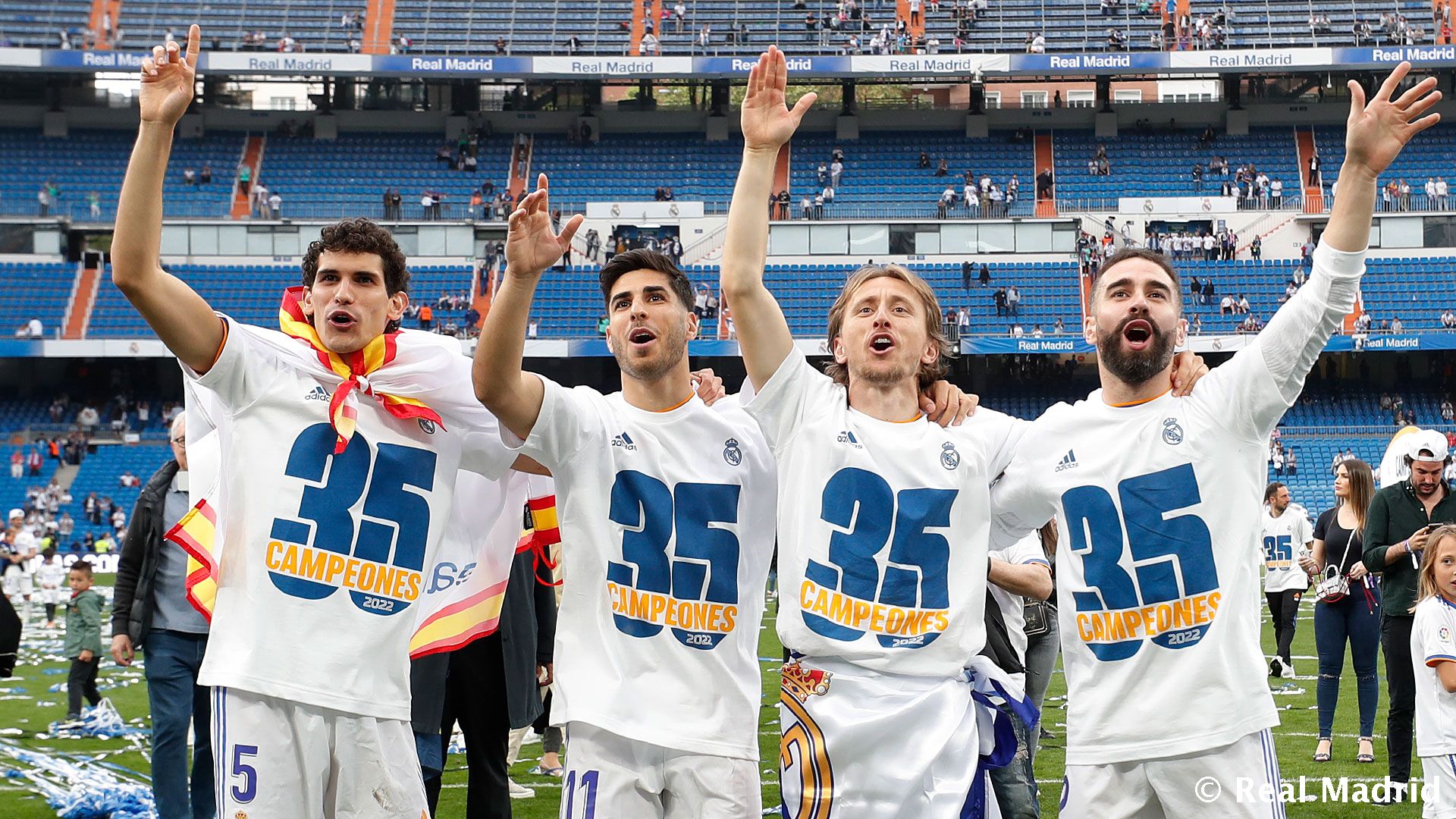 Inside Real Madrid: The players dance along to the fans’ shouts of '¡Campeones, campeones!' (champions, champions!) 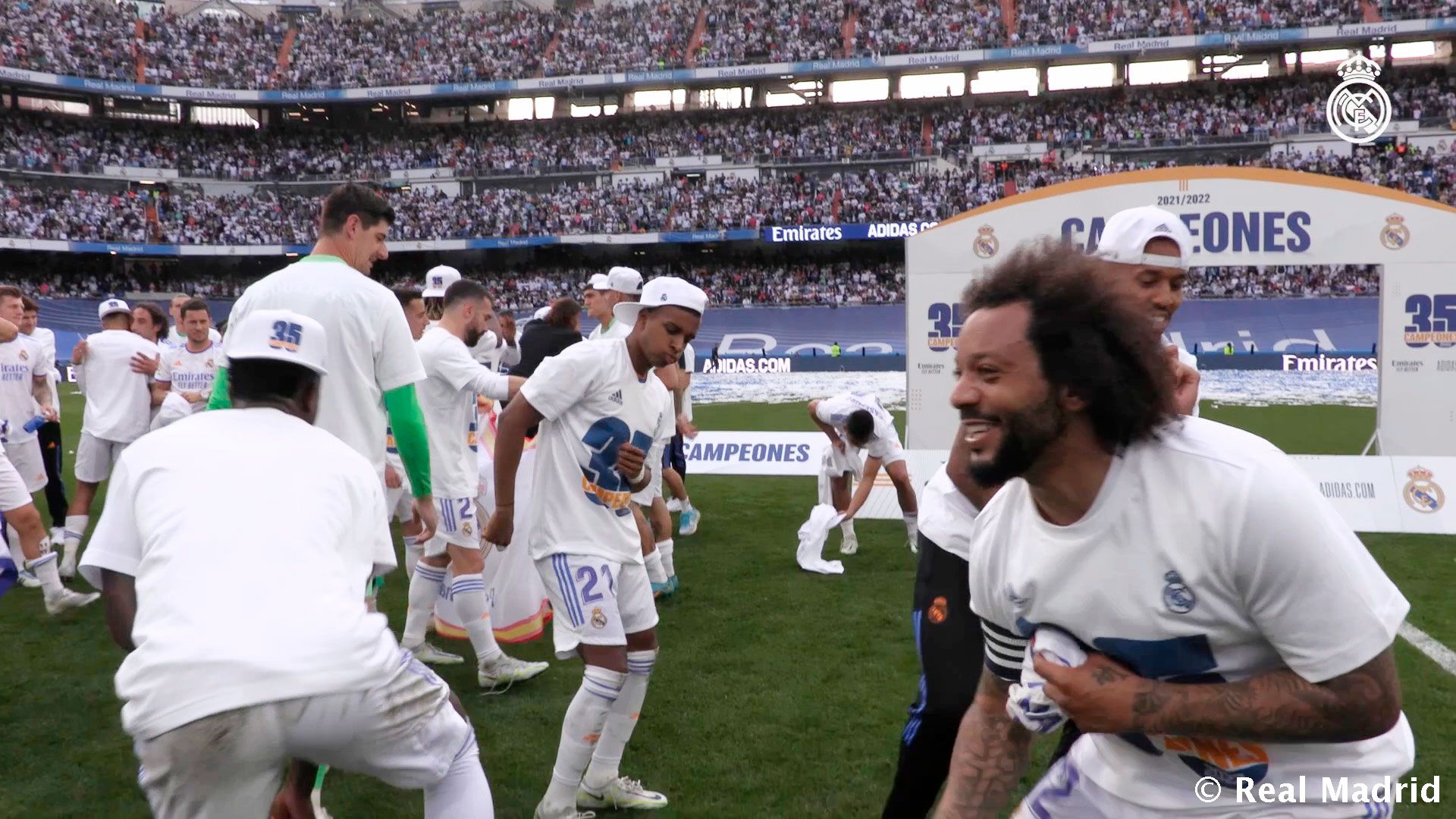 Inside Real Madrid: Marcelo’s sheer joy, the club captain with the most trophies to his name 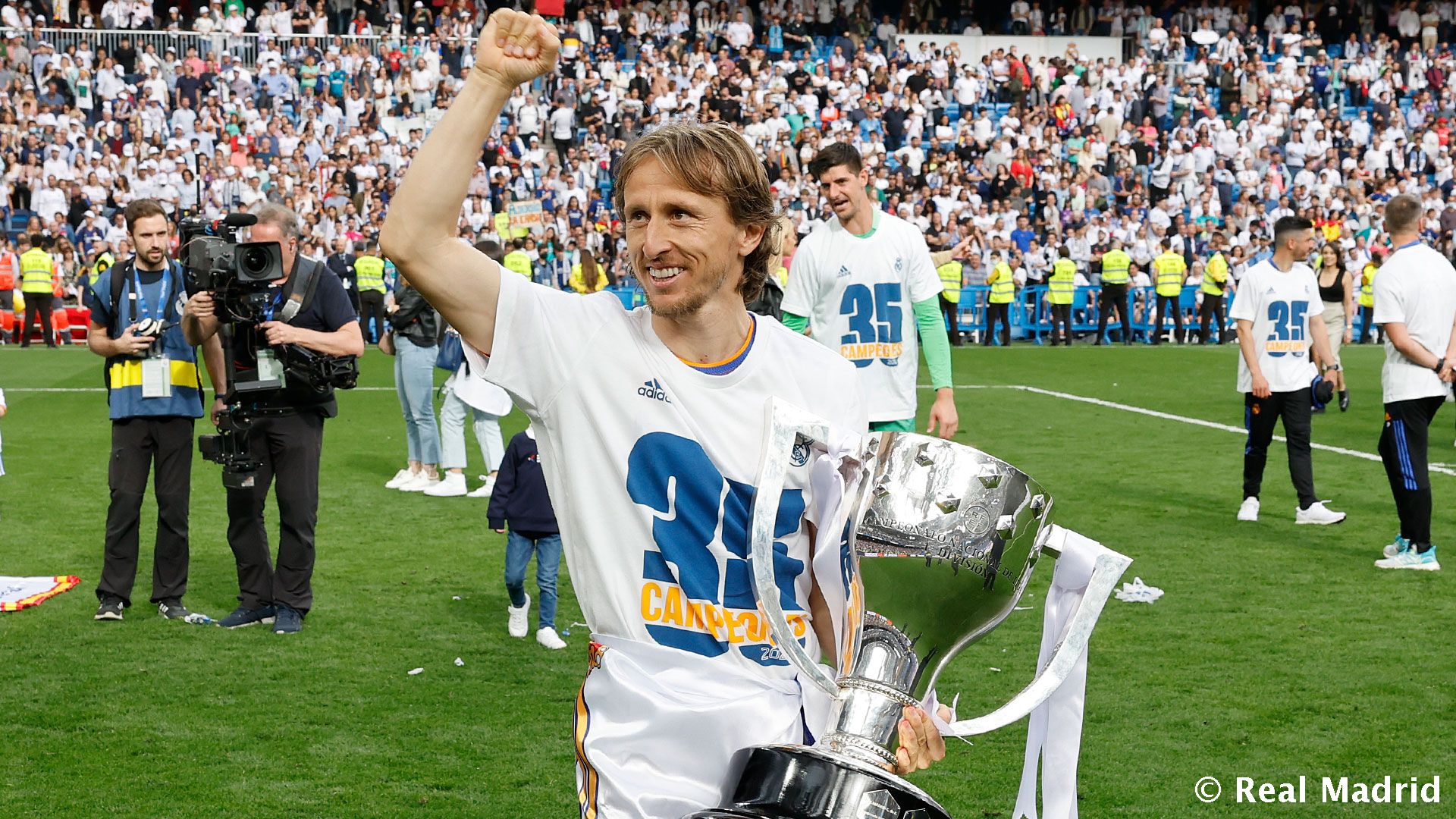 Inside Real Madrid: Everyone shows their appreciation of Luka Modrić. The Bernabéu, Marcelo, his father... 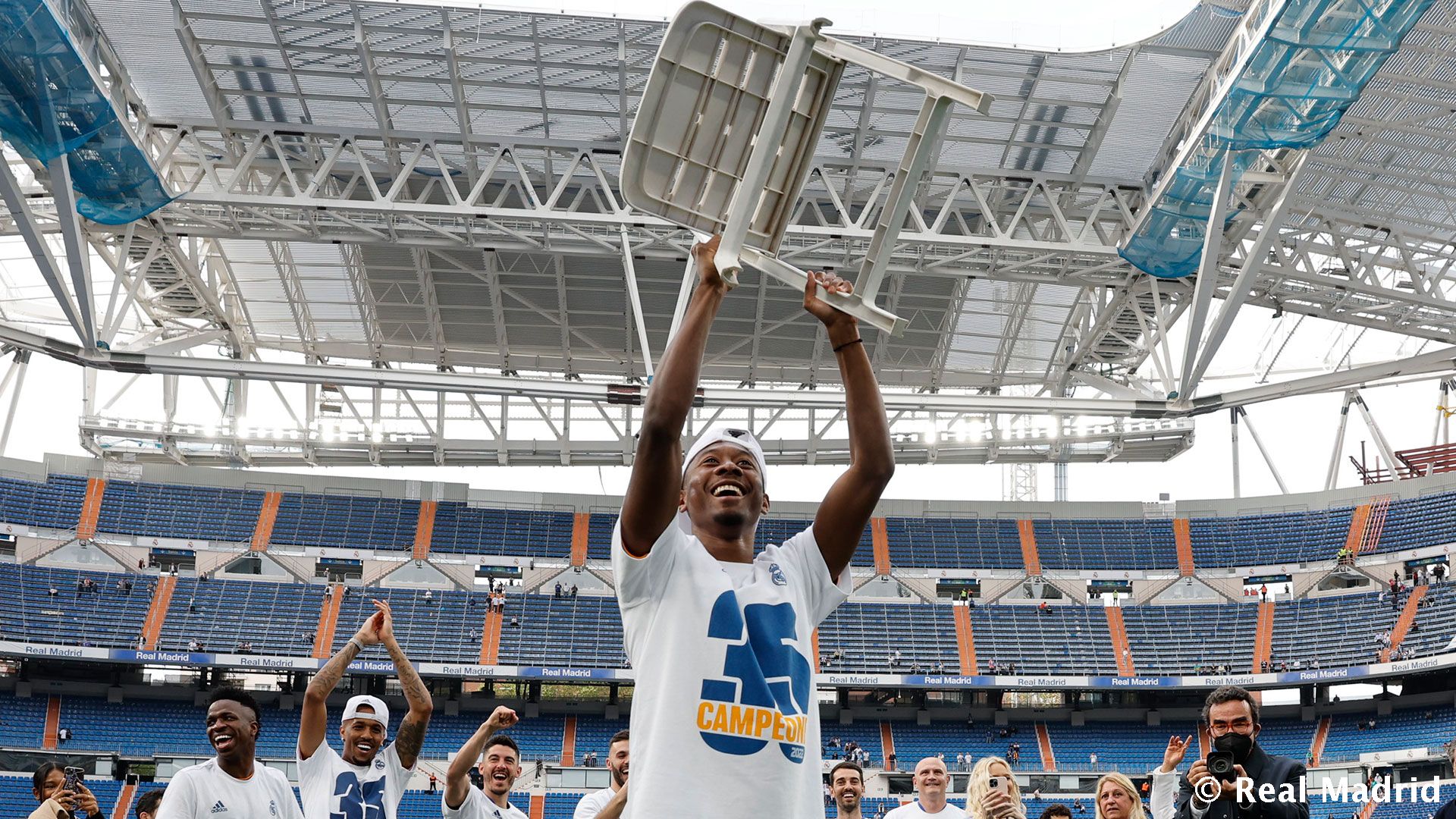 Inside Real Madrid: Alaba and the chair make their appearance in the celebrations