The midfielder was introduced on 66' and found the net six minutes later at the Bernabéu.
Eduardo Camavinga made his competitive Real Madrid debut in the meeting with Celta in a contest that saw the team and fans return to the Santiago Bernabéu. The midfielder, who was unveiled as a Real Madrid player on 8 September, entered the fray in the 66th minute in place of Eden Hazard and needed just six minutes to open his account of the club.

Luka Modrić began the move as he drove into the area and fired in a shot with the outside of his right boot. The Celta goalkeeper could only parry the Croatian's effort into the path of Camavinga, who stroked home Real Madrid's fourth of the night with a simple right-footed finish. 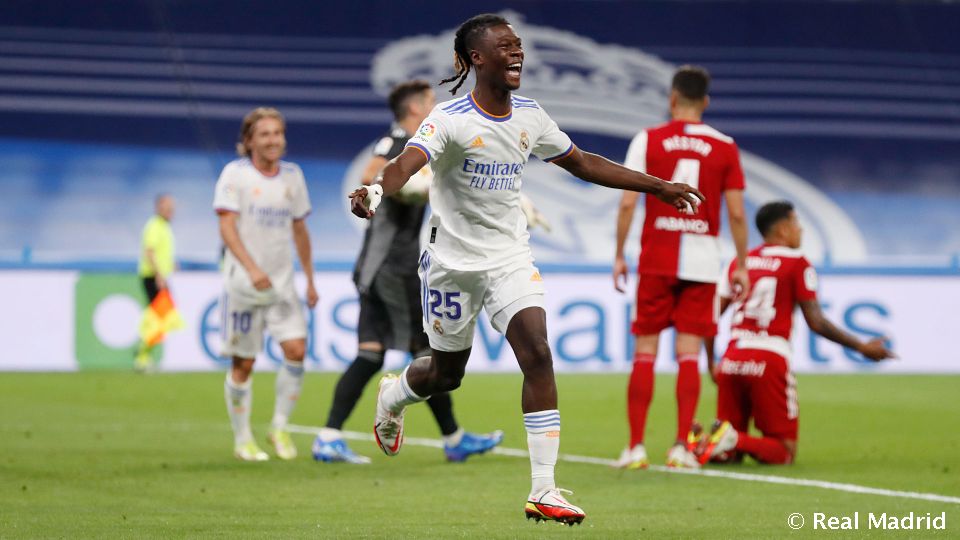