The French defender visited Real Madrid City and was warmly received by Florentino Pérez and his teammates.
Raphaël Varane was at Real Madrid City to say his goodbyse to the club that has been his home for 10 seasons. The French defender visited the president and chatted with him about his time at Real Madrid and the success and achievements while at the club. He also said goodbye to the squad, Carlo Ancelotti and the coaching staff during the team's final training session, where he was given a fond farewell by his teammates. 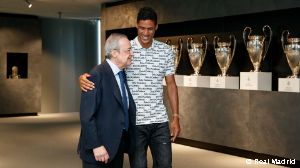 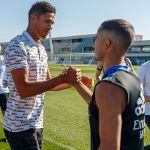