The team then made their way to the hotel where they'll be based up until the hours before tonight's Champions League encounter at Stamford Bridge. 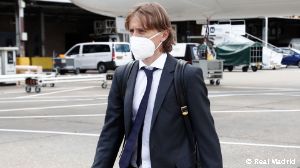 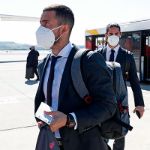