The team heads into the final month of the competition and will need to defeat the Navarra side to stay in the fight for the league title (9pm CEST).
After the first leg of the Champions League semi-final on Tuesday, Real Madrid are back in action in LaLiga and welcome Osasuna to the Alfredo Di Stéfano on matchday 34 of the competition. The Whites are on an impressive 18-game unbeaten run and head into the final month of the league campaign still very much in the race for LaLiga and the Champions League.

After a demanding month of April, which saw Madrid score 11 goals, the side faces a tough final month of the season. Nine of these eleven goals have come from Karim Benzema, Marco Asensio and Vini Jr. , and their contribution in front of goal will be vital, along with the defensive authority that the side has shown, which has seen Madrid produce four clean sheets from the last five outings.

“We want to win LaLiga and we'll fight to the end”, said Zinedine Zidane in the press conference ahead of the clash. Benzema, who has struck four of the team’s last six goals, forms part of the French coach’s squad to take on Osasuna.

Sitting comfortably in mid-table
Jagoba Arrasate’s side currently sit in eleventh place in the league table on 40 points with five games to go and have practically guaranteed their survival in LaLiga for next season. This campaign’s success has largely been down to the side’s top scorers, Budimir and Roberto Torres (7 and 6 goals respectively).  If past encounters are anything to go by, Zidane’s side will fancy their chances, having won their last ten home matches against Osasuna in the league. 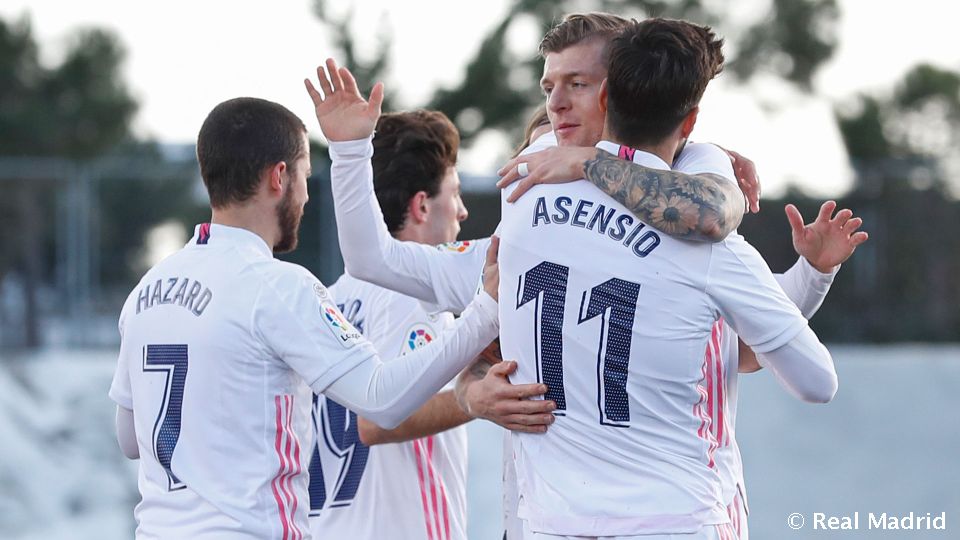