David Aznar's team are seeking their fourth consecutive win on the road (12:00pm CEST).
Real Madrid take on Madrid CFF in their final fixture in April, a matchday 27 league meeting at the Estadio de Matapiñonera (12:00pm CEST). Our team could pick up their ninth win away from home, a fourth in a row having come out on top against EDF Logroño, Deportivo Abanca and Atlético. Real Madrid have one of the best records on the road in the Primera Iberdrola, sitting in second place for both goals scored and fewest conceded.

The two sides go head-to-head for the second time this week following the Copa de la Reina quarter-final encounter on Wednesday. This time, David Aznar has called up a squad of 20 players. Real Madrid currently sit third in the table on 54 points, while today's opposition lie in sixth on 48, having played a game fewer. The first meeting of the season ended in a 2-0 win for the madridistas. 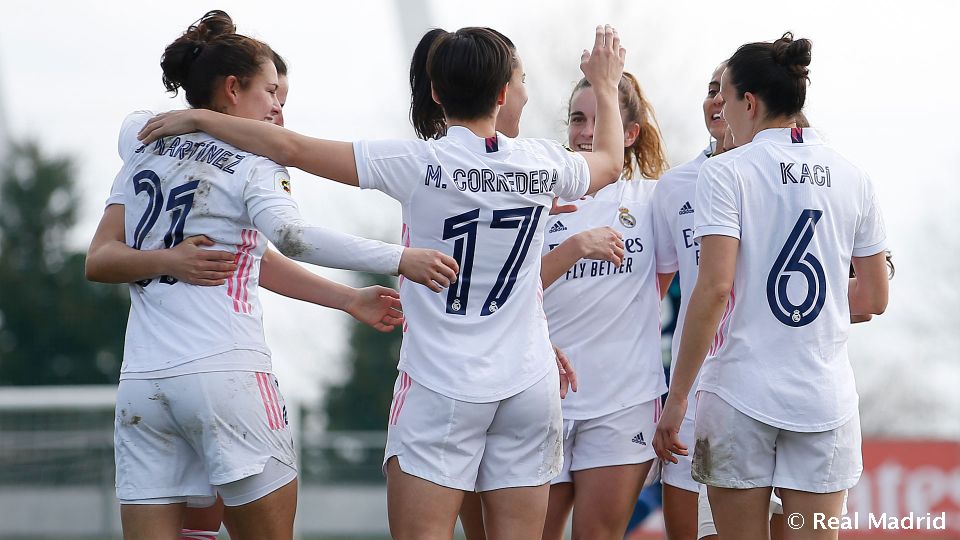