The madridistas are aiming to progress following the 1-0 away success in the first leg (9pm CET).
Champions League action returns to the Di Stéfano three months on from the team’s last home outing in the competition and its back with a high-stakes showdown. Real Madrid and Atlanta face off tonight in the second leg of their round-of-16 tie with a place in a quarter-final on the line (9pm CET). As well as being on home turf, Madrid head into the game with an advantage following the 1-0- first-leg win in Bergamo.

Our team are in very decent form and are currently riding an eight-game unbeaten run. Last time out, the tWhites saw off Elche, a win secured courtesy of a Karim Benzema brace as Madrid cut the gap in the battle for the LaLiga title. The first leg already proved just how tough this tie against the Italians would be and the team’s defensive solidity could be one of the keys. Indeed, if Zinedine Zidane’s charges and Thibaut Courtois manage to keep a clean sheet, a place in the next round will be theirs.

Zidane summed up the importance of the game in his pre-match press conference: “We're going to have to put in a great performance if we're to progress". The coach has named a 19-man squad for the encounter, which Casemiro misses out after having picked up a number of bookings.

Atalanta
Gasperini's troops have previous experience of having made the Champions League quarter-finals. The Italians reached the last eight last term and were on the verge of making the semi-finals, before PSG fought back in injury time. In Atlanta are also battling for a Champions League spot in Serie A and they claimed a 3-1 win over Spezia on Friday. 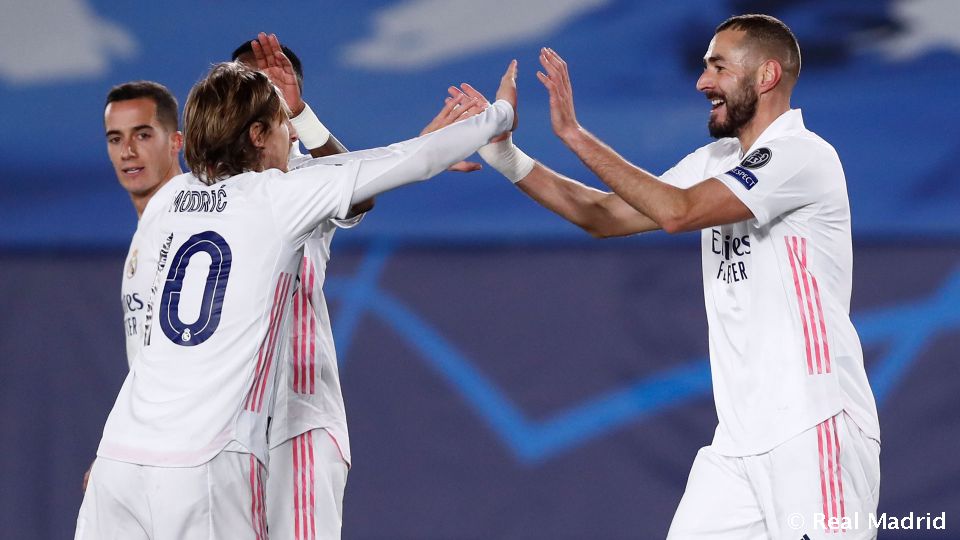