"We controlled the game but we lacked that bit extra up top to take the win", said the German.
Toni Kroos continues to add to his Real Madrid numbers. The German arrived at the club in the summer of 2014 and now, halfway through his seventh season in the Spanish capital, he made his 300th appearance for the Whites in the clash with Osasuna at El Sadar. Kroos, who has clinched 14 titles as a madridista (3 Champions Leagues, 4 Club World Cups, 3 European Super Cups, 2 LaLiga titles and 2 Spanish Super Cups) has won 191 games, scoring 20 goals.

The German ace reflected on the team's performance in Pamplona: “We created chances, we controlled the game, we just lacked bit extra up top that we needed to win it. We knew they would set up to defend, but with our quality we should have created more despite the tough pitch like it was today. We're not making excuses because of the state of the pitch, both teams played on it and it wasn't the reason".

“We lost the ball quickly up top today, it was difficult to play in the middle of the park. The coach brought in the changes to try and find something we were lacking but not much changed. We're not going to be happy because we want to fight for top spot and the draw doesn't help".

Statistics from his 300 matches
Last season was Kroos' most successful in front of goal, as the German netted six times and this campaign he opened his account early on with a fine goal in the win over Athletic at the Di Stefano stadium. In addition, he continues to demonstrate his effectiveness in midfield and has already provided 55 assists in his career at Real Madrid.

Closing in on Stielike's record
His 300 games have come over six competitions. In LaLiga he has made 203 appearances, 68 in the Champions League, 13 in the Copa del Rey, 7 in the Club World Cup, 6 in the Spanish Super Cup and 3 in the UEFA Super Cup. This makes him the second German player in terms of all-time appearances made for Real Madrid, behind Stielike (308), who he could surpass this campaign. 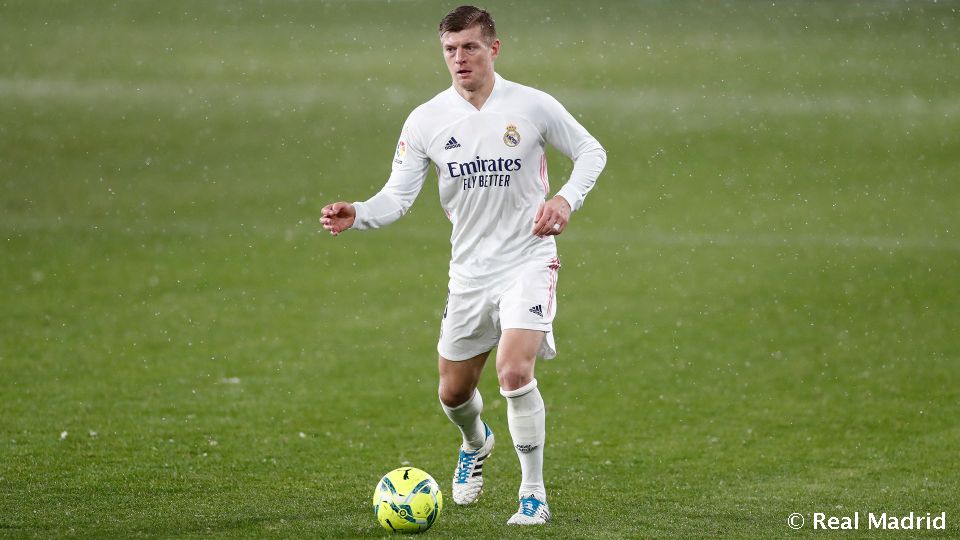