1
Real Madrid were not about to let their first chance at domestic glory this season go begging, and the club's 34th LaLiga title is now a reality. The team got the better of Villarreal thanks to a Karim Benzema brace at the Alfredo Di Stéfano to make it 10 wins from as many games since the restart. Madrid get their hands on the trophy with one game to go before the end of the campaign.

Well aware of what was at stake, the Whites flew out of the blocks in dominant fashion, pressing so high that the match was all but being played inside the Villarreal half. The first threatening move came after just four minutes when Sergio Ramos sent a long ball to Dani Carvajal, who controlled well, but his chip from the right failed to catch Sergio Asenjo out. Three minutes later, Luka Modric whipped in a cross which was met by Benzema, but the ball ended up in the visiting keeper's gloves once again. It was the French forward who would open the scoring prior to the hydration break, though. Casemiro won the ball back in the middle, and Modric laid it on for the in-form striker to finish sweetly, passing the ball through Asenjo's legs, and there would be no change in the scoreline until the break.

There was no change to the script after the interval. Real Madrid continued to dominate proceedings and came close to extending the lead in the 54th minute. Carvajal cut inside with a backheel trick and outfoxed another defender with a fine piece of skill, before unleashing a left-footed effort that called Asenjo into action. Zinedine Zidane turned to his bench at this point as he introduced Marco Asensio and Vinicius Jr. for Rodrygo and Eden Hazard.

Benzema: 21 LaLiga goals
The whole complexion of the game changed in the 73rd minute, when Ramos regained possession in the middle third and drove into the box, before being felled by Sofian. At the second time of asking, Benzema converted his spot-kick, after his initial effort had to be repeated because players from both sides encroached into the area before Ramos struck the ball.

The madridistas' almost scored a third of the night, but Toni Kroos's powerful left-footed effort from the edge of the area struck the crossbar. From almost taking a 3-0 lead at one end, the hosts found their lead cut to 2-1 following Vicente Iborra's 83rd-minute header that Thibaut Courtois was powerless to keep out. There was still time left on the clock, but Real Madrid once again produced a showing of the defensive solidity that has secured this league title and afforded the visitors just one further opening as Courtois was called into action with a double save in injury time. The Whites held out and the 34th league crown is ours! 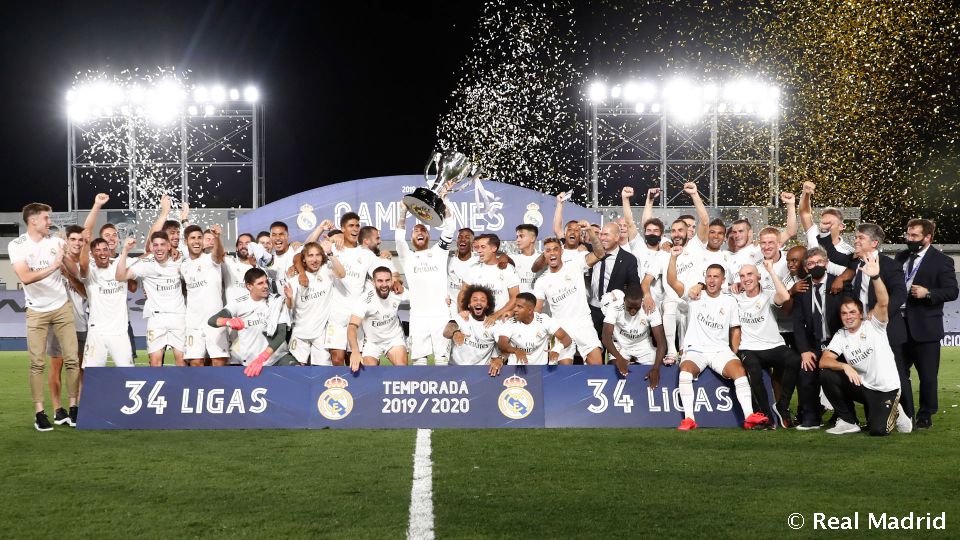 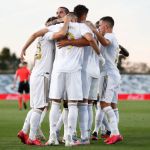 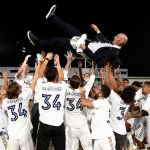