Defeat in the trip to Pasarón in week eight of the league.
Municipal de Pasarón

0
Real Madrid Castilla were unable to come away with a positive result from their trip to Pontevedra. The reserves didn't settle in to the game at the Municipal de Pasarón and came up against a well organised team from Galicia. The first half saw a stalemate with the big story being Jaime coming off injured and being replaced in the centre of the defence by Álex Martín after 12 minutes.

Although the Whites took the initiative in the match, it was the side from Pontevedra who got better as the game went on, testing Belman in the madridista goal, but he looked solid between the sticks. The keeper was on form to keep out two efforts from David Añón
in the 14th minute and on the stroke of half time, preventing the best of the home side's chances in the first half.

Defeat
Pontevedra won the game in the second half and it was David Añón who opened the scoring after 53 minutes and the substitute Berrocal after 66’ doubled the lead for the team from Galicia. Castilla looked for a way back in to the game bringing on Franchu and Campuzano but after the injury to Manu Hernando the Whites played out the match with ten men, disappointed that they were unable to play their best football and the three points stayed in Galicia. 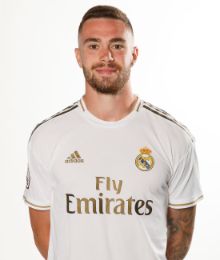