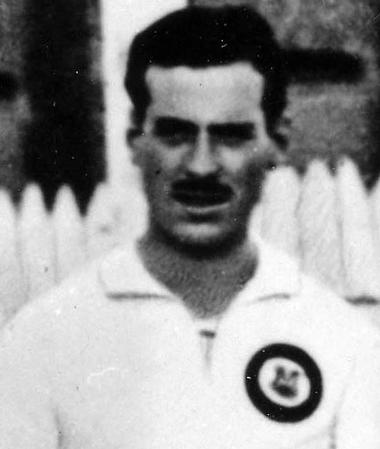 The first symbol of the Whites

Nowadays a statue of Sotero Aranguren is one of the symbols of the first team dressing-room. Along with this brother Eulogio, he was one the first Argentinians to play for Real Madrid. He was a fast and skilful winger who started his career at Easo in San Sebastian and, at the age of 17, he joined the Whites in a moment of generational change.

This season also saw the arrival of players of the stature of Comamala, Saura and Bernabéu. This meant a huge improvement in the quality of the team which led to them winning more honours. With the Argentinian in the side, the Whites won three Regional Championships and also the Spanish Cup in 1917 against Arenas Club.

Sotero was a key player in that team and became one of the first idols of Real Madrid fans due to his ball control and vision.

Died on 26 February 1922, barely four years after leaving the Whites. His passing shook Spanish football. His loss, along with that of another Whites idol, Machimbarrena, led the club to create a sculpture in memory of both players.