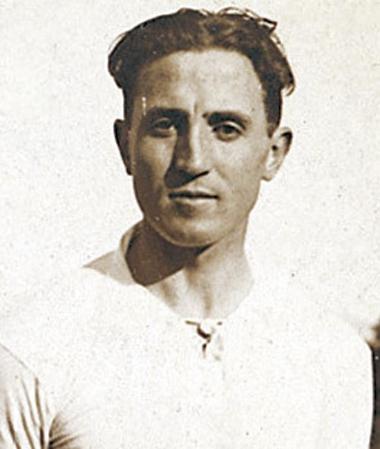 Before transforming the club as president, Santiago Bernabéu also had a long and much less well known period as a Real Madrid player. He played mainly as a midfielder and as a forward where he showed great quality. His physical strength, his goal scoring ability and his total commitment to the team were what characterized him a player.

After playing a few games for Gimnástica Española, Bernabéu joined Madrid and made his debut for the first team in the 1913-1914 season. This team had star players like Aranguren, Machimbarrena, Castell and Sotero and Bernabéu quickly started to play well and soon became a first choice player.

Santiago Bernabéu spent 16 seasons as a Madrid player and, although he is most famous as an extremely successful president of the club, he also won many honours as a player including nine Regional Championships and one Spanish Cup.

In 80 official matches for the Whites, he scored the hugely impressive figure of 70 goals. Curiously enough, when he had his trial for Madrid the club wanted him to play as goalkeeper, but his brother Marcelo knew him well and told him: “You either play as centre forward or you don’t play". The result was unbeatable. He died on 2 June 1978. 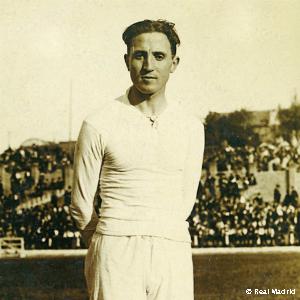