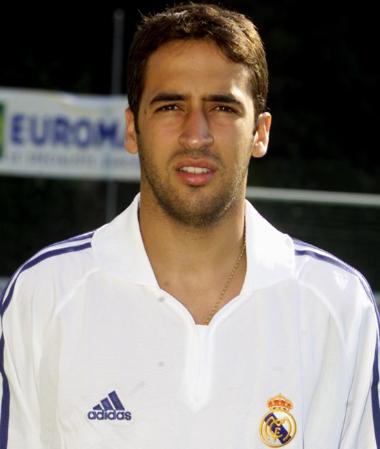 A Real Madrid symbol. The eternal captain who represented Madrid’s values on the pitch. Raul was a forward with an almost infinite instinct. He was an example for everyone, putting in the maximum effort in every game, irrespective of the opponent. He would give it his all, having an insatiable appetite, something that was evident with each action. He was always alert for rebounds. An excellent role-model for anyone who has ever dreamt of being a footballer.

He was born in Madrid in 1977, in the suburb of San Cristóbal de los Ángeles. Ever since he was a child he showed a passion for football, and he excelled, a champion in the making. Initially playing for Atlético Madrid, he signed on with the Whites’ youth teams during the 1992/93 season. He scored 13 goals in seven games. With these references, Jorge Valdano made him debut with the first team the following season.

On 29 October 1994 Raúl lived his first great moment with the Whites’ shirt. The forward made his debut at La Romareda Stadium. A week later he played his first derby against Atlético Madrid at the Bernabéu. He scored his first goal with a spectacular left-foot shot from the edge of the area. It went into the top corner, and contributed to his team’s victory (4-2), who went on to win La Liga title that season.

Acclaimed in Spain, he conquered Europe. He played his first Champions League game at the age of 18. On 20 May 1998 he was in the team that won the club’s Seventh European Cup title beating Juventus Turin in the final. He repeated the experience in May of 2000 and 2002, scoring in both finals. He is one of the few players to have earned 100 caps with the Spanish national team. He was the symbol of the national team, as well as of every other team in which he has played, Schalke 04 and Al-Sadd Sports Club. 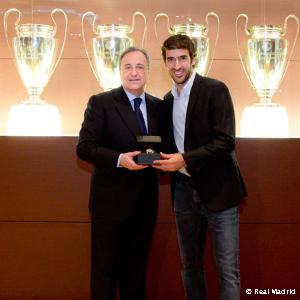 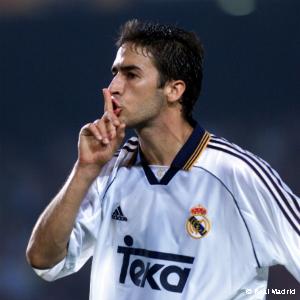