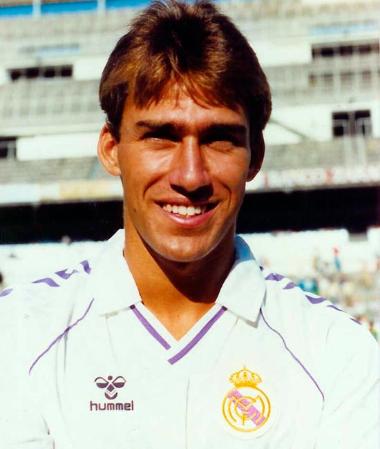 The skill of the ‘Quinta del Buitre’

His individual skill made him one of the best offensive midfielders in the world. Together with Butragueño, Sanchís, Míchel and Pardeza, he was part of the magnificent generation known as the ‘Quinta del Buitre’. His presence was essential in Real Madrid’s conquest of more than 15 titles.

He landed at the club thanks to José Luis Rodríguez Laborda, member of the coaching staff of the youth teams. He saw him play at the age of 11 with a team called Escolapios, and quickly recommended his signing: “I have seen an exceptional lad, one of those talents that don’t appear too often. We have to sign him. His name is Martin Vazquez and he plays at Escolapios”. Soon after, Rafa would accomplish his dream of wearing the white shirt.

At the age of 18 Martín Vázquez was already offering dazzling performances with the first team. With him in the midfield Madrid won six La Liga titles, amongst many other trophies. This success made him one of the most sought-after footballers on the planet, leading him to sign for Torino in 1990. His time in Italy was not very satisfactory, and he would end up returning to what had always been his home.

However, his second stint at the club would be very different. He suffered many injuries during this time, and stopped being a permanent fixture of the starting line-up. In June of 1995 he ended his brilliant career as a Real Madrid player. 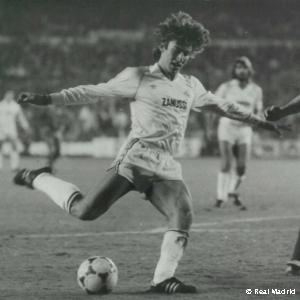