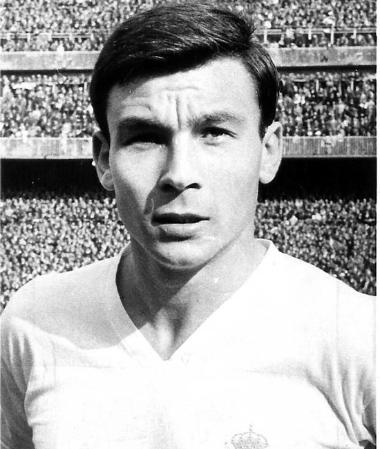 A product of the youth system

De Felipe was one of the heroes of the European Cup Final in Brussels in 1966 when Real Madrid won their Sixth European title. Along with Araquistáin, Pachín, Sanchís, Pirri, Amancio and Paco Gento among others, De Felipe belonged to the ‘Yeyé’ team, a generation of footballers who ensured that Real Madrid dominated the game in Spain in the 1960s.

De Felipe was a brave central defender who had the difficult job of replacing Santamaría in the middle of the Madrid defence and he managed this feat admirably. His assured defending was one of the keys to the success that won trophies year after year and his contribution was essential in the winning of five Ligas and one Spanish Cup.

Thanks to his fine performances for Real Madrid, he was soon called up for the national team. However, it was actually in his international debut in 1967 that he was unlucky enough to break his knee. He had to have an operation and was out of the game for several months.

He spent almost all of his career at Real Madrid, first playing for the youth teams before making his first team debut in the 1964/65 season. After winning plenty of silverware with the Whites, he joined Espanyol, where he retired in 1978. He passed away on 12 April 2016. 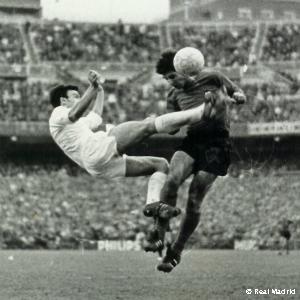