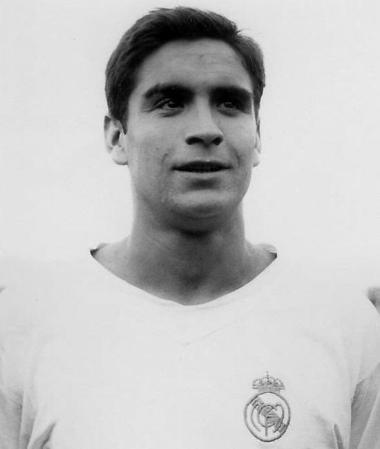 Versatile and daring. His true position on the pitch was at right-back, but he also showed tremendous qualities as a centre back. He was a member of the team that lifted five consecutive European Cup titles. On 13 June 1956 he played and won his first final of the tournament, against Stade de Reims, in Paris. He scored the team’s third goal to level the game, draw that was broken soon after when Rial scored the White’s winning goal.

He began playing football at Salesianos in Santander, and in 1947 he won the local championship with Kostka. Seven years later he faced Real Madrid. That game convinced Madrid’s officials to sign the defender from Cantabria. His career with the Whites is one of the most brilliant. He won five European Cup titles (1955-1960), one Intercontinental Cup (1960), and five La Liga titles, amongst other trophies.

His contract with Real Madrid expired in 1963 and he went to Hercules. He retired from professional football in 1965, but he continued to play for a modest team from Santander, Toluca. There he coincided with former team-mates like Felix Ruiz, Pachin, Casado, Vicente, Atienza or Mateos. He retired in 1968. Died on 6 March 2012. 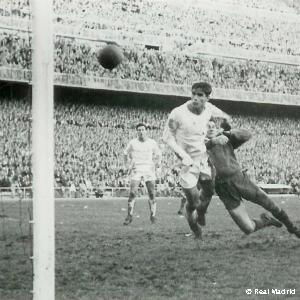