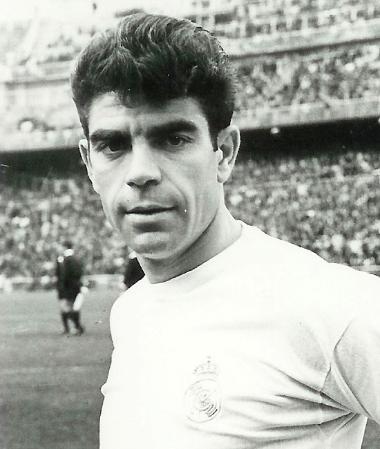 He was a pioneer of what today is known as an attack-minded defender. Although at the beginning of his career he played in attack, at the Whites he adapted perfectly to defensive positions. His exceptional physical qualities, combined with his good skills, made Sanchís a very important component of the ‘Yeyé’ Madrid.

Manolo was born in Valencia, where he commenced playing football. His skills didn’t go unnoticed and soon Barcelona signed him for their Under-19 team. There they were not capable of appreciating his qualities, so he moved to Real Valladolid, where he made a name for himself. In 1964 he was signed by Real Madrid.

His career at the club was marked with successes, with La Liga titles, Spanish Cup titles and, above all, the European Cup title obtained in 1966. The heroic deed at the Heysel Stadium in the final against Partizan (2-1) has been etched into the memories of Madrid’s fans.

Manolo Sanchís also played for the Spanish national team. He earned 11 caps, and he will always be remembered for the goal he scored against Switzerland at the World Cup in England. Spain was on the verge of elimination, but a spectacular goal by Sanchís kept its hopes alive of qualifying for the next round. The Sanchís saga continued with the irruption of his son, a member of the legendary ‘Quinta del Buitre’. 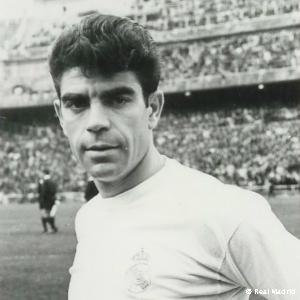