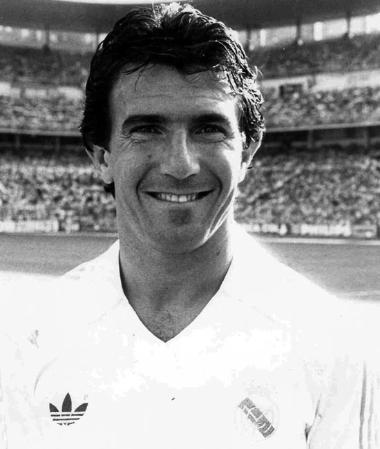 Juanito put his fiery temper and his abundant skill at the service of his beloved Real Madrid. His passion for the team was obvious every time he put on a white shirt and his talent and commitment to the cause had the fans on their feet on numerous occasions. He was an artist with the ball and was obsessed with winning.

His career was full of success from the moment he arrived at the club in 1977. He had been playing for Burgos, where he had performed brilliantly and earned a call-up for the Spanish national team, and Madrid were signing one of the most coveted players on the market, a signing that would prove to be totally justified.

In his first game against Barcelona in the Camp Nou, the Málaga born player put in a fantastic performance and helped the team to win 2-3. In his debut season, he went on to win the Liga and would eventually win ten trophies with the Whites.

His other great passion was the Spanish national team and he played in two World Cups (Argentina 1978 and Spain 1982) and one European Championship (Italy 1980) and earned a total of 34 caps. He died on the 2nd of April 1992 in a traffic accident when he was on his way home from watching Real Madrid, the team he loved so much and that he hoped to train one day. 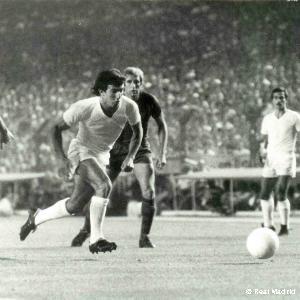