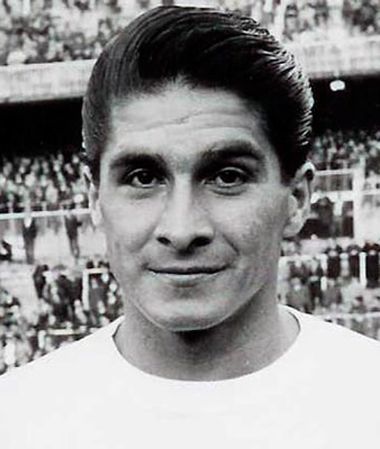 Forward for the side that won the sixth European Cup

Agüero was a member of the Real Madrid squad in the 1965/66 season. He joined the club on the back of an impressive spell as a forward for Sevilla. The Paraguayan then helped our club, managed by Miguel Muñoz, to secure its sixth European Cup.

The attacking player featured in the first leg of the last 16 against Feyenoord, he also played in the league and Copa de España. After that campaign, Agüero spent another season in the Spanish Primera División with Granada. At international level, the forward represented Paraguay at the 1958 World Cup. He passed away on 27 December 2018.