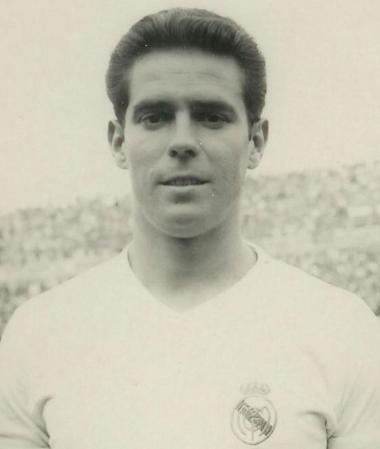 José María Zárraga always stood out for his strength and bravery. He gave it his all on the pitch. He spent 13 seasons at Real Madrid, and was part of the team that achieved the great feat of five consecutive European Cup titles between 1956 and 1960. He became essential to the team’s midfield due to his commitment and defensive work.

The midfielder stood out at a very young age at Arenas de Getxo, a historic club from his native city. He was still only 18 years of age when he signed for Real Madrid in 1949. He spent various seasons gaining experience with the Whites’ reserve team (Plus Ultra) until the 1951-52 season, when Santiago Bernabéu promoted him to the first team.

Zárraga patiently waited for his chance to show that he was the team’s left winger. When the opportunity arose, he became a permanent fixture of its starting line-up. His role playing behind Madrid’s legendary attacking line was decisive in the team winning six La Liga titles and five European Cup titles. As captain he lifted the last two, won against Stade de Reims and Eintracht Frankfurt.

He left Real Madrid at the end of the 1961/62 season, after a receiving a testimonial game against Manchester United. He did not say goodbye to football, as he continued working as a coach and director at various Spanish clubs. During his time as a manager at Alavés he discovered a young Argentine forward called Jorge Valdano. José María Zárraga died on 3 April 2012, aged 81. 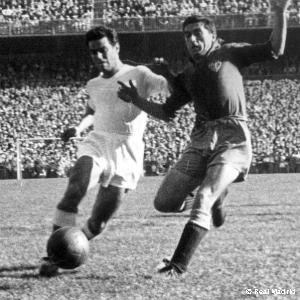