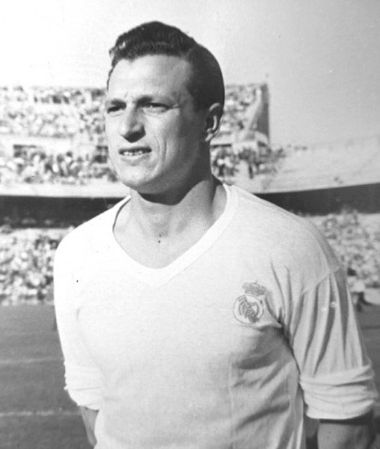 Pérez Payá checked in at Real Madrid in the 1953/54 season from Atlético and spent four years at the club, during which time he lifted two European Cups, a trio of league titles and two Latin Cups. He played his part in an historic moment of the club's history: the club's first-ever outing in the European Cup. The forward was a starter in the team's maiden game in the competition, against Swiss outfit Servette.

He also played a key part in the club's first Latin Cup triumph, in which he played in both games and netted in the semi-final against Os Belenenses. He was capped by Spain twice during his madridista career and served as president of the Spanish Football Federation during the 70s.