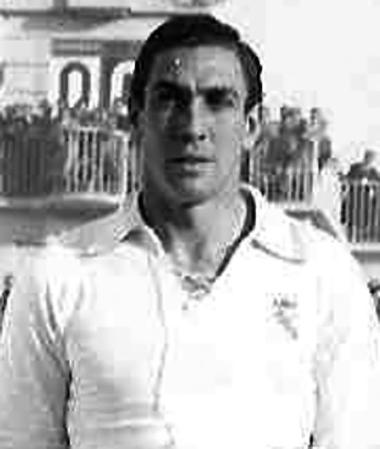 Scored the first official goal in the Santiago Bernabéu stadium

Raised in Asturias, despite being born in La Habana (Cuba), he joined Real Madrid as an amateur the year before the outbreak of the Spanish Civil War and he was loaned to Valladolid. After the end of the fighting he settled at Real Madrid, where he would play for 10 seasons.

His was the first official goal in the history of the Santiago Bernabéu stadium, which was called the Chamartín stadium at the time. He scored it in a league match on the 28th of December 1947 between Real Madrid and Athletic. The Whites won 5-1 and Chus Alonso scored the first two home goals.

He previously played in the friendly match that inaugurated the Whites' fortress where the home side took on Os Belenenses (14/12/1947). Madrid won 3-1 with another two goals from Alonso (the second and third for his team), who was considered the man of the match by the press at the time. The first was scored by Barinaga.

A very strong midfielder with a penchant for going forward, he stood out for his excellent ability in the air. He was sidelined for a year with health problems and appeared three times for Spain. After hanging up his boots he was a member of the board of the Federación Española de Fútbol and the Federación Castellana de Fútbol. Died on 9 August 1979. 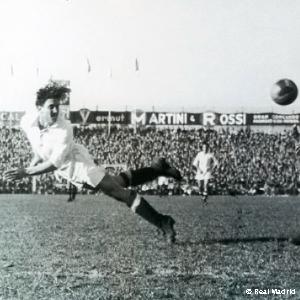