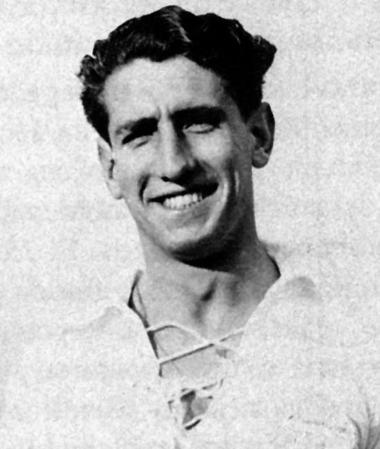 A player who was also a dramatist

Lazcano had the honour of being the first goalscorer for Real Madrid in La Liga. He was a player with speed, a powerful shot, and a formidable intellect as well as an excellent level of physical fitness. His precise movements on the pitch completely revolutionized the position of outside forward in that era.

He arrived at Real Madrid from Osasuna at the age of just 18 after three outstanding seasons at the Pamplona club which had caught the attention of the Whites and convinced them to sign him. Lazcano’s best position was as an attacking outside forward and his goals were vital in winning the club’s first two Ligas.

One of his favourite rivals was Barcelona, against whom he scored 8 goals in 9 games. He also earned caps for Spain and one of his greatest memories was the victory against England in the Madrid Stadium, where the English arrived unbeaten and lost 4-3 with one of the goals scored by Lazcano. Died on 1 June 1983. 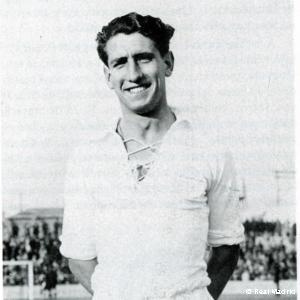