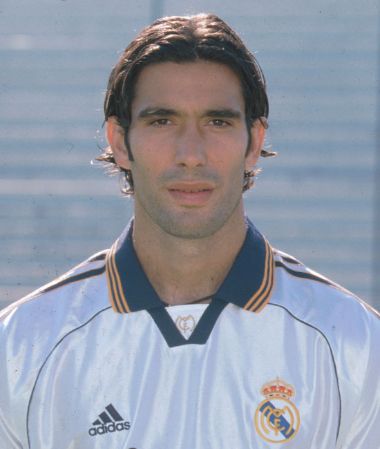 Fernando Sanz was promoted to the first team as an academy graduate and was part of the Real Madrid side that won the club's first European Cup following a 32-year wait. He was a centre-back and chalked up 45 competitive appearances for Real Madrid (35 in La Liga, five in the Copa del Rey, four in the European Cup and one in the Intercontinental Cup).

In addition to the club's seventh European Cup crown, he captured a league title, a Spanish Super Cup and the Intercontinental Cup during his time in Madrid colours. In the latter competition, he complete the 90 minutes against Vasco de Gama in Tokyo, in the final that witnessed Raúl's famous aguanís goal.

Son of former Real Madrid president Lorenzo Sanz, Fernando left the club in 1999 after sealing a switch to Málaga, where he called time on his playing career in 2006.