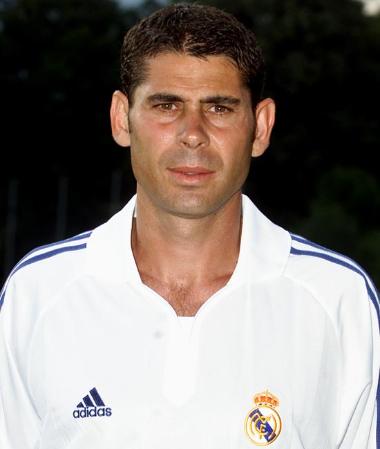 Versatility as a footballer

Versatility in its purest form. He began as a midfielder and ended up being one of the best defenders in the history of Real Madrid and Spanish football. He was very reliable in the air, with great anticipation and positioning, and he stood out for the power with which he could strike the ball, key to him scoring 127 goals. A footballer with the technical ability to get the ball down and play out from the back, during his 14 years at the club he played his part in winning lots of titles, including three European Cups and two Intercontinental Cups.

His dedication and passion for football led him to join Malaga's youth teams. Making his debut in the First Division with Valladolid in 1987 and just one month later he played the final of the Copa del Rey against Real Madrid. He signed for our club two years later. Together with Sanchís, Hierro formed an exceptional defensive duo, equipped with power and excellent technical qualities.

One of his greatest moments is the 1998 European Cup final, when he won the tournament with Real Madrid by beating Juve thanks to a Mijatovic goal. That night, Hierro cancelled out Del Piero, the star of the Italian forward line. After la Séptima, he also won la Octava and la Novena.

A regular with the national team, one of his most memorable goals was the one he scored against Denmark in 1993. It meant that Spain qualified for the 1994 World Cup. In 2003 he left Real Madrid and joined Qatari team Al-Rayyan. He then signed for Bolton Wanderers, where in 2005 he announced his retirement from professional football. 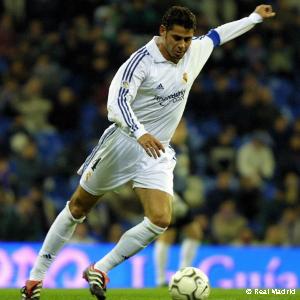