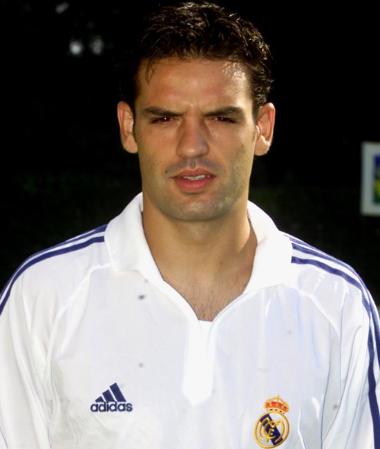 A goalscorer with a brilliant record

Occupation: goalscorer. Fernando Morientes was an old-school centre forward. At home in the penalty area, and fabulous in aerial play, he became the perfect ‘9’ to finish off his team’s forward thrusts. In his eight seasons with the Whites he amassed a large collection of trophies, both nationally as well as internationally.

Signed from Zaragoza, where he had formed a great partnership with Dani, at Madrid he became the perfect partner for Raúl. Despite tremendous competition, Morientes cemented his place in the starting line-up with good performances and goals. Maximum goalscorer in La Liga during his first season, he played an important role in the three European Cup finals that the Whites won.

His fondest memory is the final against Valencia at Saint Denis. Morientes paved the way towards the eighth continental title with a goal in the first half, after an assist from Míchel Salgado. His 91 goals in eight seasons is the best illustration of his efficiency and output. In one La Liga game against UD Las Palmas he scored five goals.

The synergy with Raúl was also transferred to the national team. In 47 games he scored 27 goals, making him one of the best goalscorers in the history of Spanish football. He participated in the World Cups of France and South Korea/Japan, as well as the European Championship in Portugal. He ended his sporting career at Olympique Marseille, after having played with Mónaco, Liverpool and Valencia. 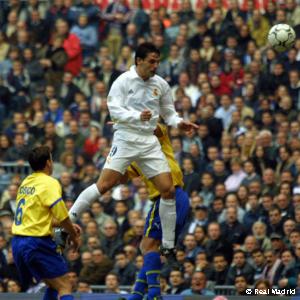