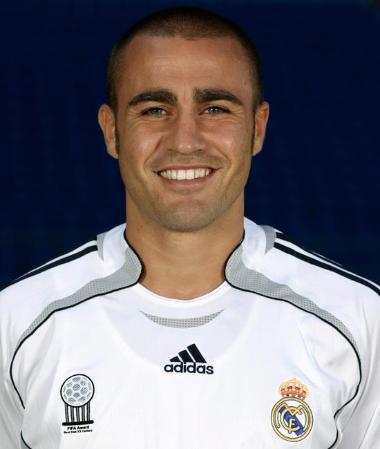 Impeccable when breaking up attacks, perfect in terms of anticipation and solid in the air. That was Fabio Cannavaro, one of the best central defenders in the history of football. His immense ability led him to achieve a fine collection of honours over an extensive career in the football elite.

He started to play for his home town club, Napoli. At just 16, he was already in the first team and in training he had to mark Maradona, who predicted that he would become one of the best defenders in the world. He then left to join what was then a very strong Parma side where he won four trophies. In 2002, he signed for Inter Milan and two seasons later Fabio Capello took him to Juventus.

The summer of 2006 was undoubtedly the highlight of Cannavaro’s career. After a spectacular performance, he won the World Cup with Italy and at the end of this tournament held in Germany, he was signed by Real Madrid where he was playing when he was awarded the Ballon d´Or. He also won La Liga in his first season.

The Italian defender was a first team regular in his three seasons in Madrid and he won another Liga and the Spanish Super Cup too. After more than one hundred games with the Whites, the fans in the Bernabéu recognised his hard work and saw him off with a warm ovation. 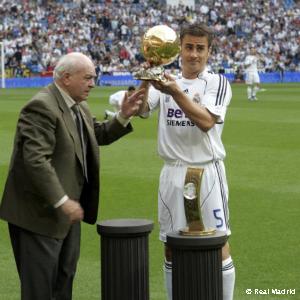