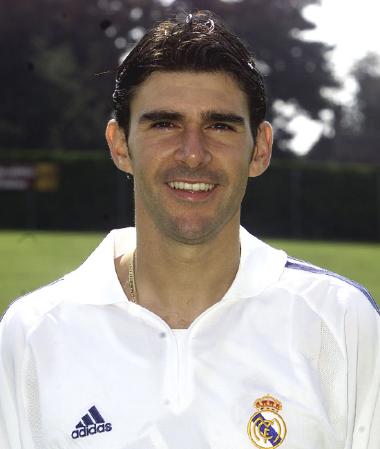 A no nonsense centre back with a spectacular trophy cabinet

He arrived at Real Madrid in 1997 after standing out at Athletic Bilbao as a secure centre back with a long future ahead of him. A dominating aerial presence coupled with deft control were his other characteristics as a player.

Heynckes, who gave him his debut in the Primera División with Bilbao, was the  Basque player's first manager at Real Madrid. Karanka did not disappointed and helped earn himself a long list of titles in his five seasons as a White.

A regular alongside legends like Hierro and Helguera, he played in the winning of the last three European Cups and started in the final of the eighth win in Paris. A heart condition in the 1998/99 season stopped him from playing for a number of months and prevented his numbers as a Madrid player from becoming even more impressive. When he left the club he returned to Athletic. 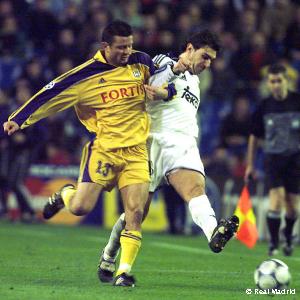