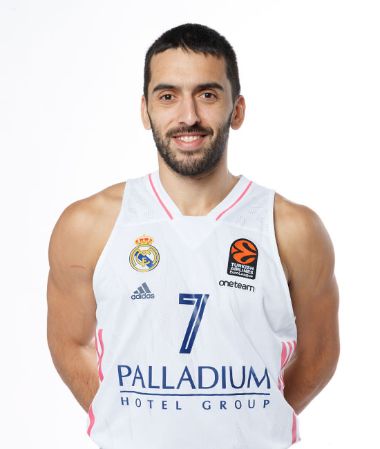 A magical point guard with a dazzling record

In his four and a half seasons at Real Madrid, Facundo Campazzo has made an impressive mark on the club's history. His career is marked by his successes - 11 trophies - and his rapid inprovement that has made him one of the point guards in European basketball. At 1.81 m, he inspired a legendary team that dazzled the Real Madrid fans.

Campazzo joined Real Madrid at the age of 23 and in his first season (2014-15) he helped the team win four trophies: EuroLeague, League, Copa del Rey and Super Cup. After two seasons on loan at UCAM Murcia, he returned in 2017-18 as a fully-fledged point guard to direct the team's game from day one. The Argentine became a benchmark of the squad, going on to become a world-class player and take his place among the best point guards in the history of Real Madrid.

In total, he won an impressive 11 trophies: 2 EuroLeague titles, 3 league titles, 2 Copa del Rey trophies and 4 Super Cups. He also won individual feats such the MVP in four finals: league 18-19, Super Cup 19-20, Copa del Rey 2020 and Super Cup 20-21. In addition, he achieved the all-time record for assists in a EuroLeague match (19) and was included two times in the All-ACB team. But the Madrid fans will also remember him for his seemingly impossible passes, his fantasy plays and the unlikely three-pointers from the opposite end. 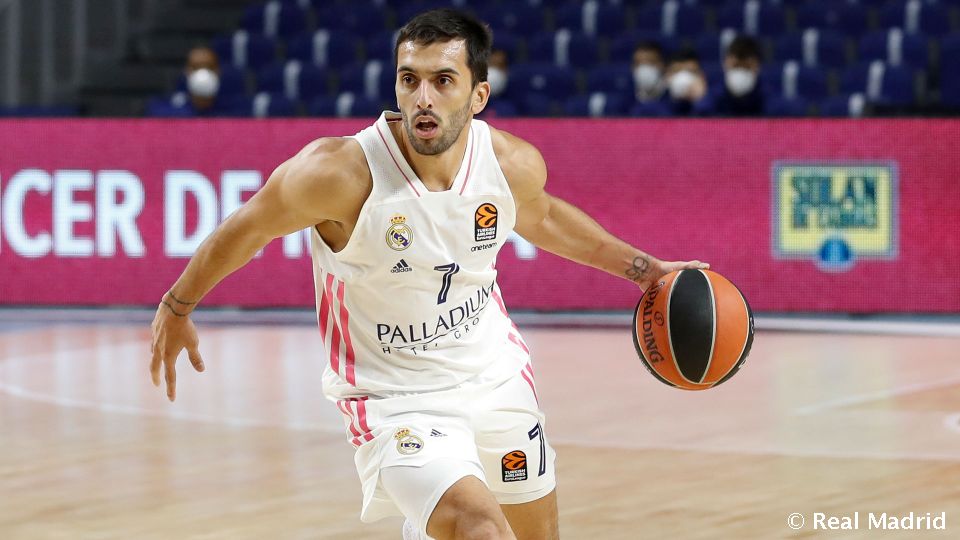 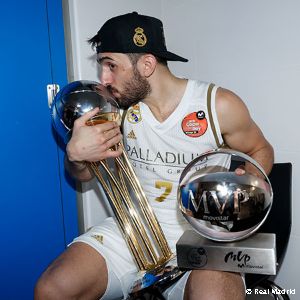