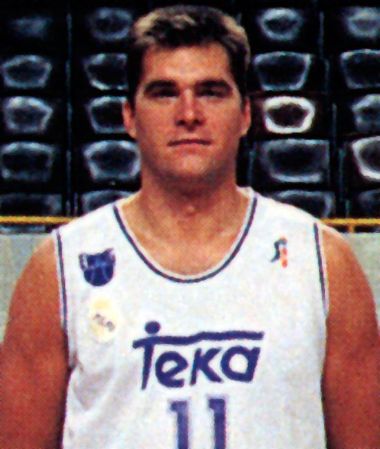 “The czar of European basketball”

220 centimeters of pure talent. Arvydas Sabonis was one of the most decisive players in European and world basketball. He began by conquering his native Soviet Union, and oddly enough, he ended dazzling American fans, after having previously helped Real Madrid reign over the continent once again.

His play under the hoops, with his back to the basket, was unstoppable, and his tremendous stature did not prevent him from having the mobility, coordination and speed of movements available to a select few. He did everything well: rebound, block, slam dunk, assist, an outstanding 4 meter shot, and a no less interesting shot from the three-point line.

He was a center with the imagination of a point guard who quickly made headlines beyond Soviet borders, although Sabonis was not allowed to leave the Soviet Union until 1989. His first port of call upon leaving was Spain, specifically Valladolid, where he played for three seasons before signing with Real Madrid.

The club signed what it believed was a key component in its quest to once again put together a champion team. The Lithuanian was the foundation of a project that netted two ACB League titles, one Copa del Rey and, in particular, the European Cup. Sabonis became an absolute idol to fans, but retaining him would be tremendously difficult. The NBA came calling and the Trail Blazers got to enjoy his next seven seasons. ‘Sabas’ has always declared himself a Madrid fan. 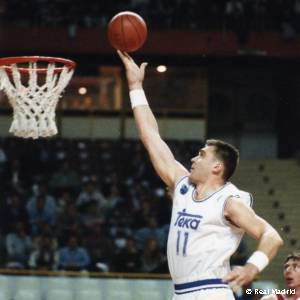