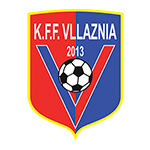 Real Madrid won on the road against KFF Vllaznia courtesy of goals from Esther and Olga.

Real Madrid picked up another valuable three points to kick off their campaign in the group stage of the Women's Champions League in the best way possible, with a victory away at KFF Vllaznia (0-2). Goals from Esther and Olga ensured the Whites extended their winning streak (eight in the league and Champions League) as they remain unbeaten since the start of the season.

The first half remained goalless, but the Whites were firmly in control of the game after carving out numerous chances to score. In the seventh minute, Williams-Mosier saved a freekick from Zornoza. Soon after, the midfielder struck the crossbar after the ball was cut back by Olga. Alberto Toril’s side kept plugging away and almost broke the deadlock on 22’ with a first-time effort from Athenea that the opposition saved. The best chance of the half fell to Esther on the half-hour mark. A pinpoint cross from Svava from the left found the forward who headed the ball against the woodwork.

Esther and Olga secure the victory
The game continued in the same pattern of play after the restart. On 51’, Zornoza produced a fierce long-distance strike that struck the bar and seconds later Esther narrowly missed the target. Three minutes after, both players were involved in an attack again and this time it paid off for the visitors. Zornoza played through Esther, who twisted away from two defenders and slotted the ball past Williams-Mosier. Alberto Toril‘s side doubled their lead in the 76th minute when Olga converted a penalty after a foul by Popovic on the madridista. The scoreline remained the same and Madrid picked up a valuable three points in the first game of the group stage.