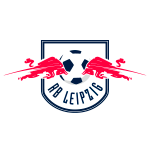 Real Madrid's winning run continues. Our team picked up an eighth consecutive victory, seeing off RB Leipzig to move out as the sole leaders of Champions League Group F. Fede Valverde's beautifully struck left-footed effort, his second goal in as many games, and another even more spectacular Marco Asensio strike in added time, clinched all three points for the reigning European Champions on their first outing at the Santiago Bernabéu in the continental competition this season.

An evenly-matched first half finished goalless, despite chances for both sides. The first couple fell to the visitors, but Thibaut Courtois stood up strong in a one-on-one with Christopher Nkunku just five minutes in, before Emil Forsberg fired narrowly wide from the edge of the box on 21’ as he looked to finish off a swift counter-attacking move. The madridista response came inside the half-hour mark, when David Alaba drilled a cross into the box but Eduardo Camavinga's attempt from on the penalty spot flew over the crossbar.

The contest continued to be an end-to-end affair and Leipzig carved out another chance on 35’, when Timo Werner sent in a left-footed cross that Christopher Nkunku very nearly connected with. Our boys went on to dominate the last 10 minutes of the half and had a fine chance to break the deadlock three minutes later. Vini Jr. whipped in an inch-perfect cross, but Antonio Rüdiger failed to hit the target with a headed effort from inside the six-yard box. Luka Modrić then took centre stage in the next two moves. Firstly, he cut inside brilliantly before unleashing a thumping right-footed effort from the edge of the box which whistled narrowly past the upright and he was again in the thick of things two minutes later when he appealed for a penalty after being felled from behind by Xaver Schlager.

Madrid continued to look for the breakthrough and very nearly took the lead on 72’. Valverde initiated a lightning counter-attack that involved Rodrygo and Vini Jr., who did not manage to get the better of Péter Gulácsi with a deft touch when left with just the goalkeeper to beat. The opening goal did duly materialise in the 80th minute after Vini Jr. played a ball into the edge of the box that Rodrygo allowed to run and Valverde did the rest. He cut inside with his right foot, before firing home a left-footed effort that snuck inside the post to make it two goals in as many outings for the Uruguayan. In injury time, Marco Asensio rounded off the win with a stunning strike. In a free-kick routine straight off the training ground, Kroos laid the ball to the Balearic Islands-born attacker, who stroked home a left-footed shot that nestled in the top left-hand corner of Gulácsi’s goal. No further goals were forthcoming as Madrid extended their clean sweep of wins. 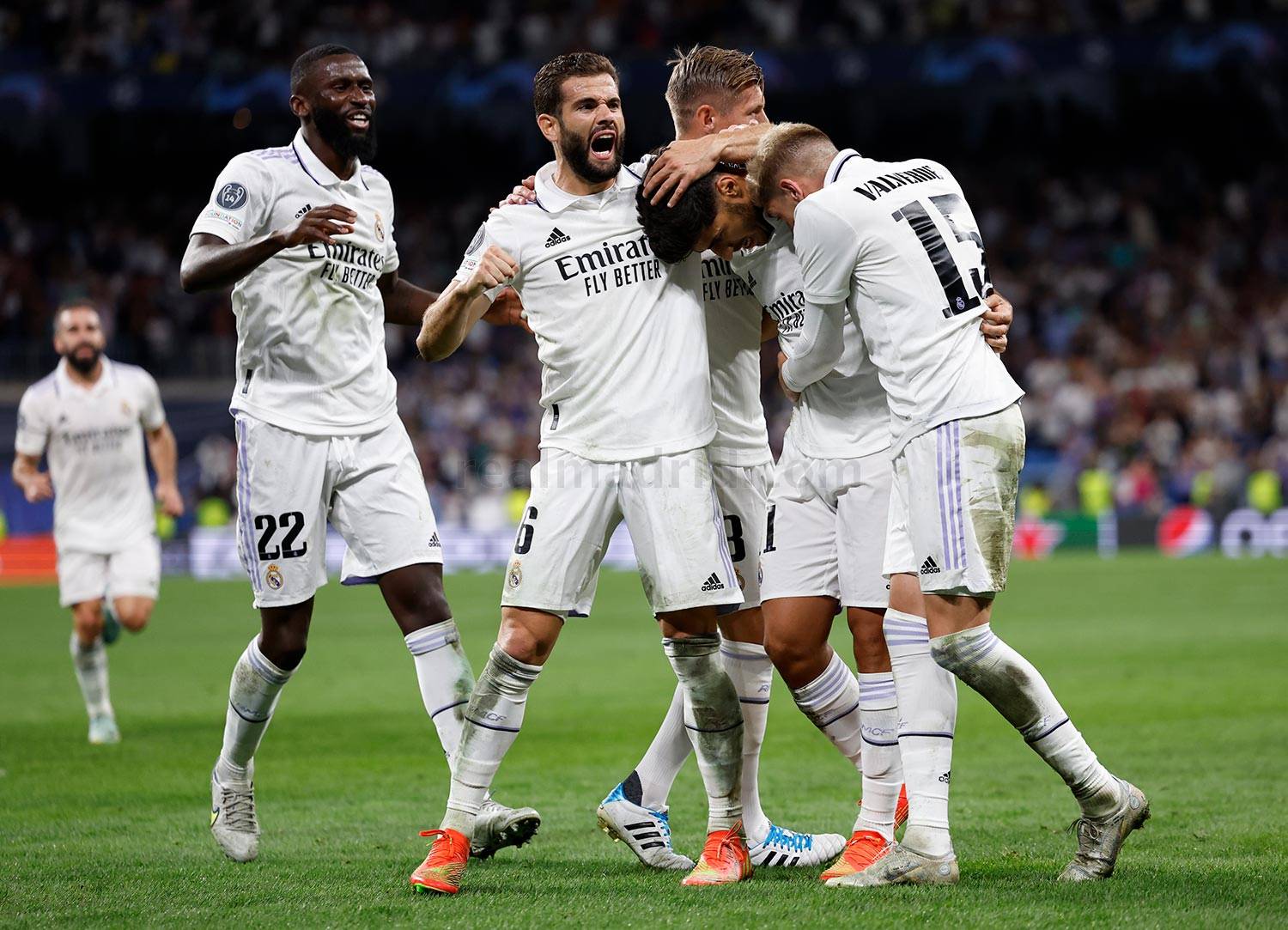 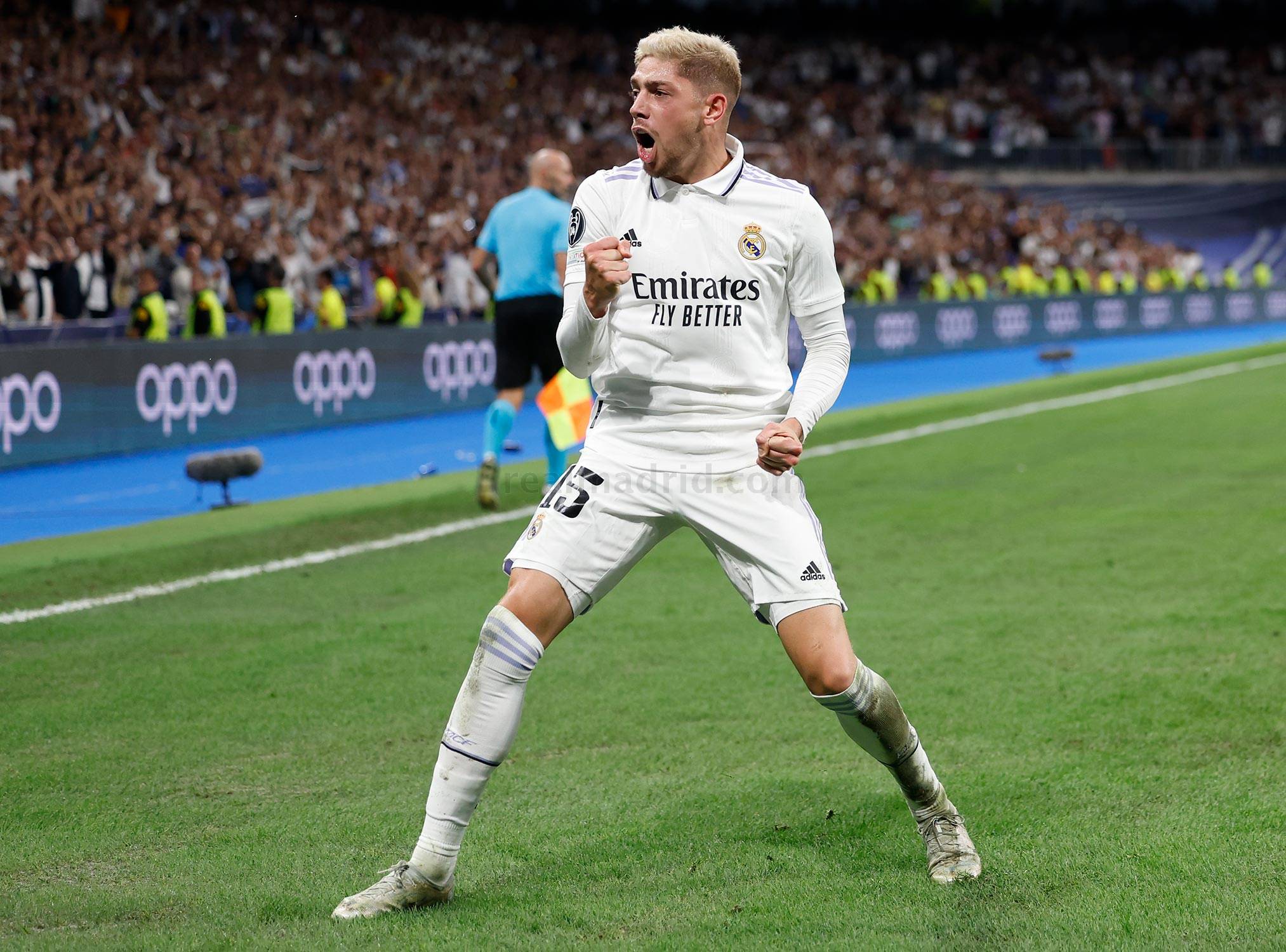 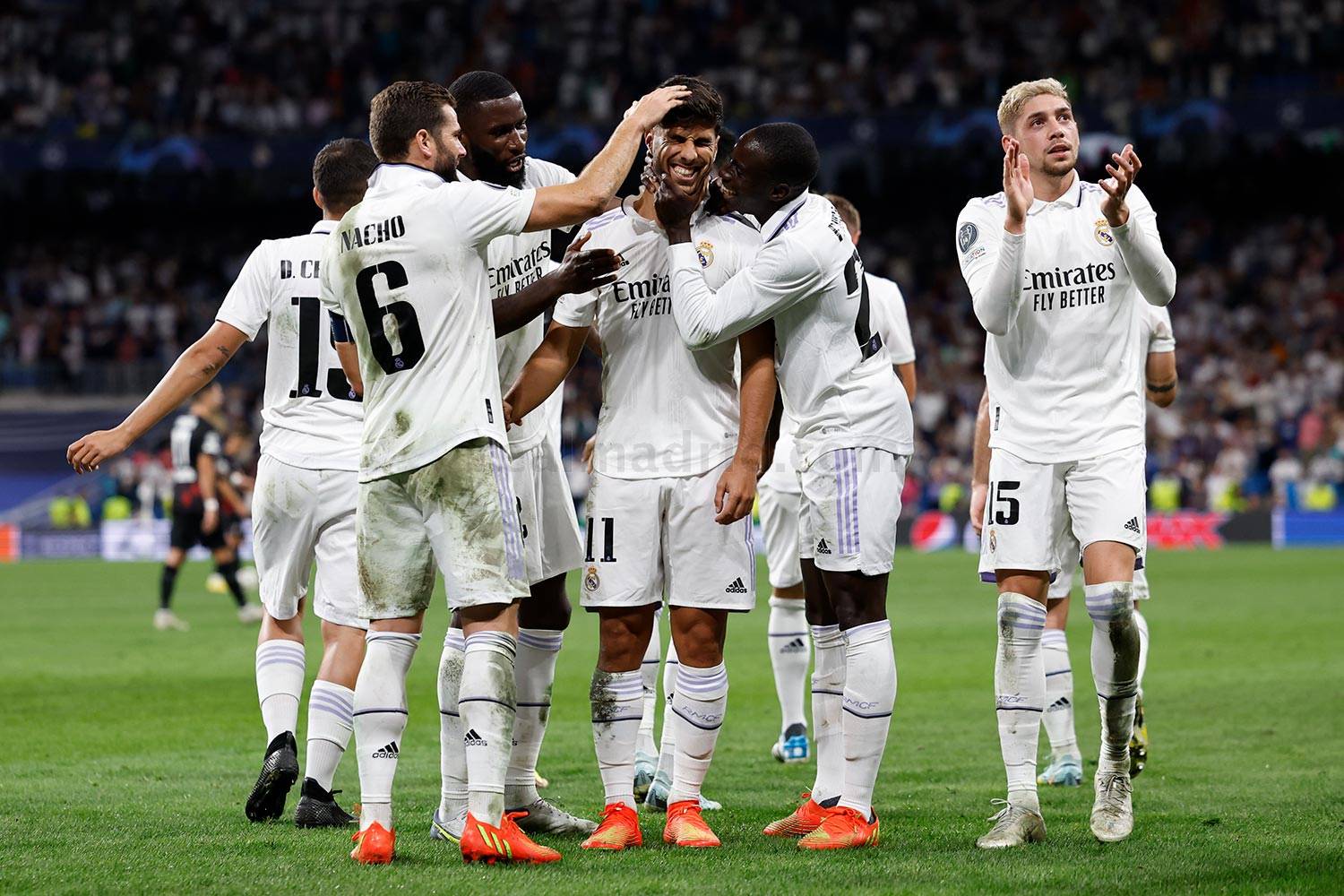 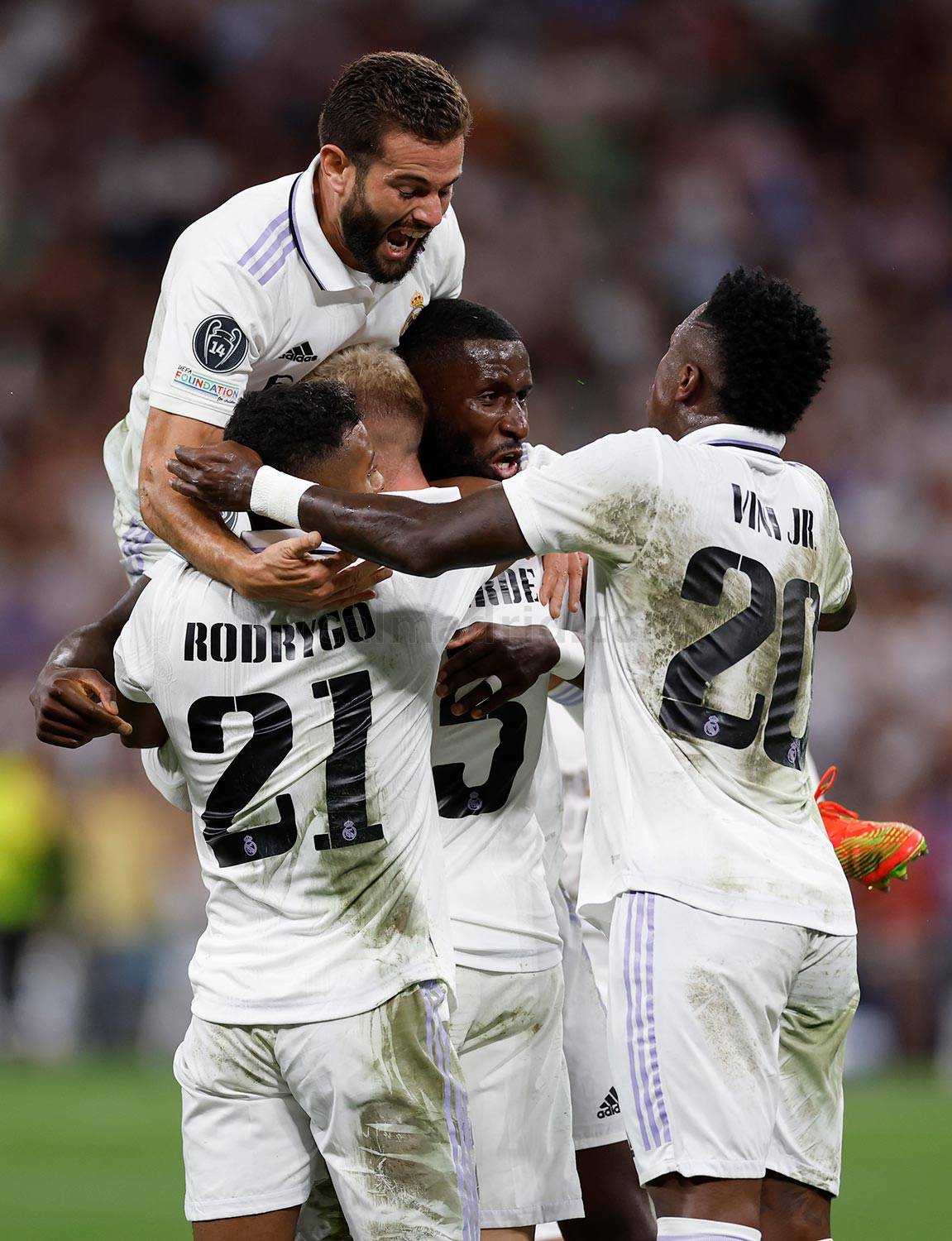 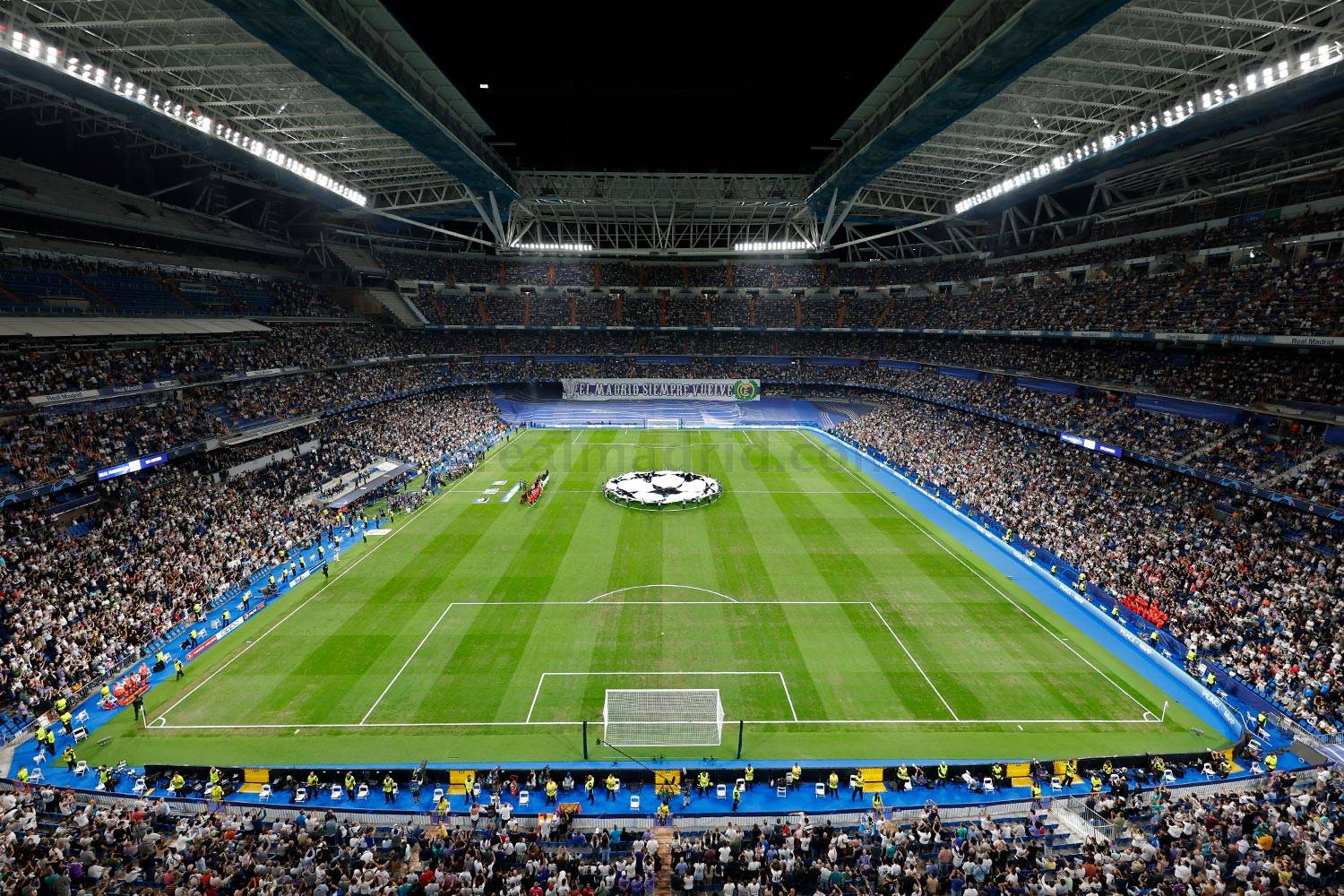 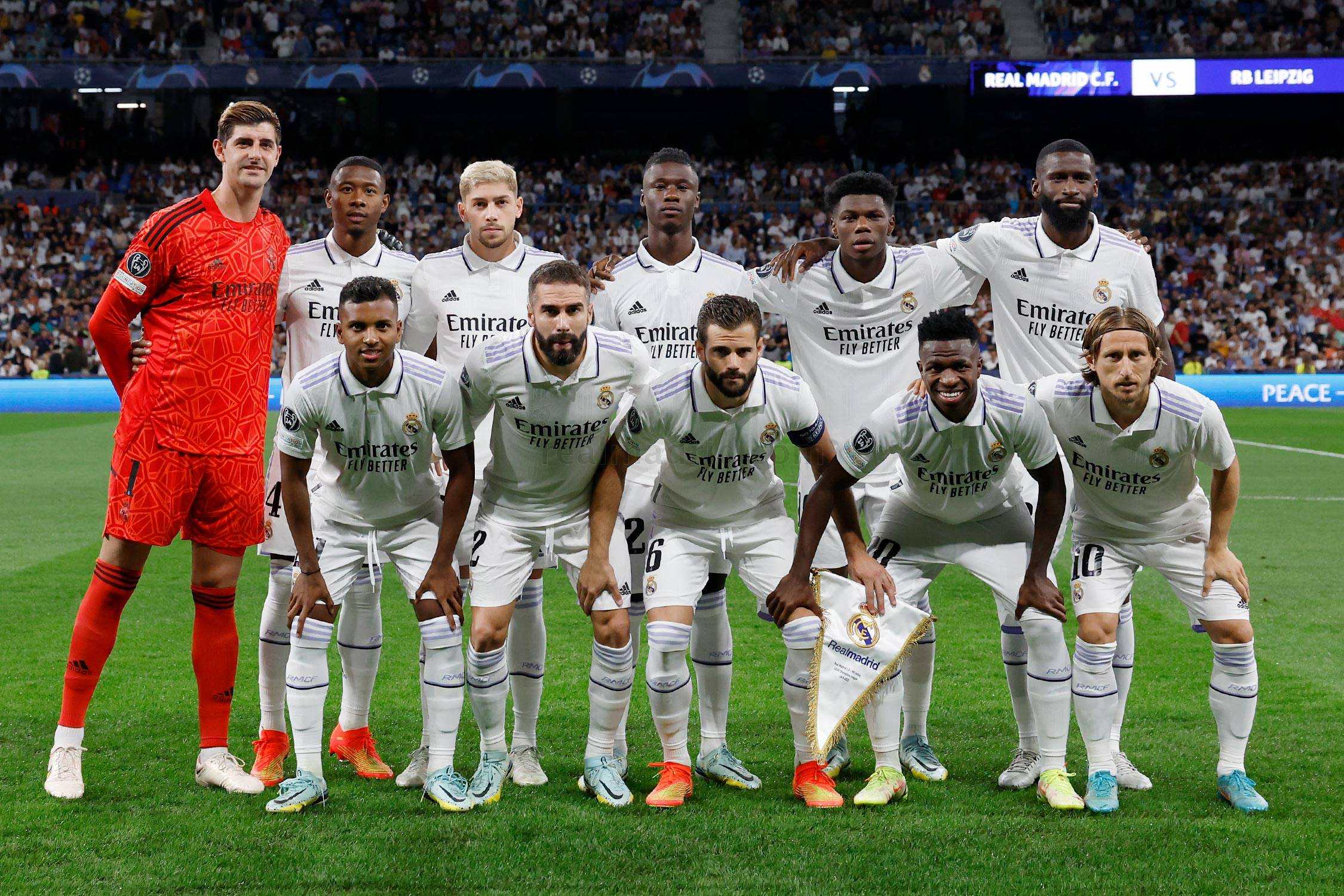 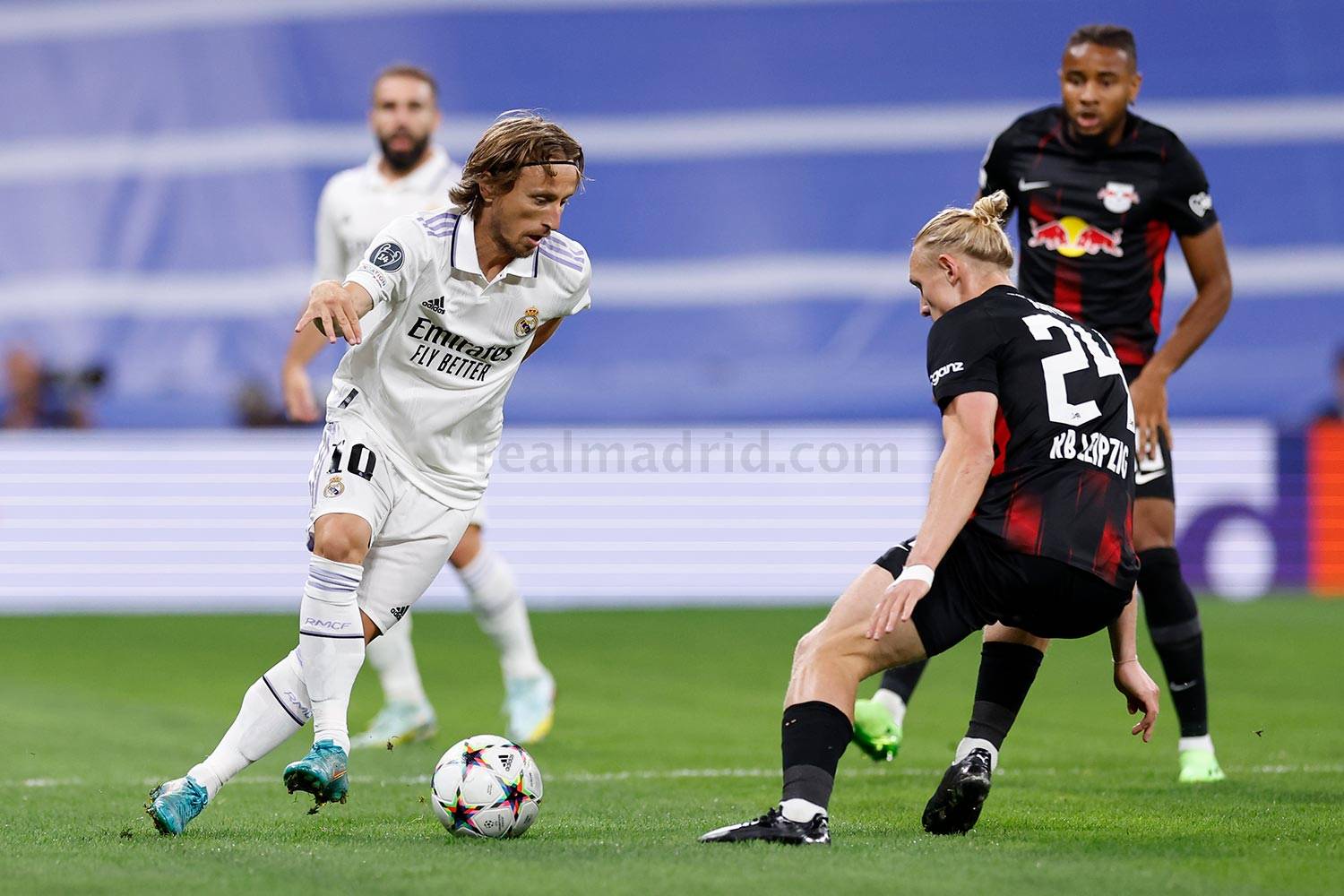 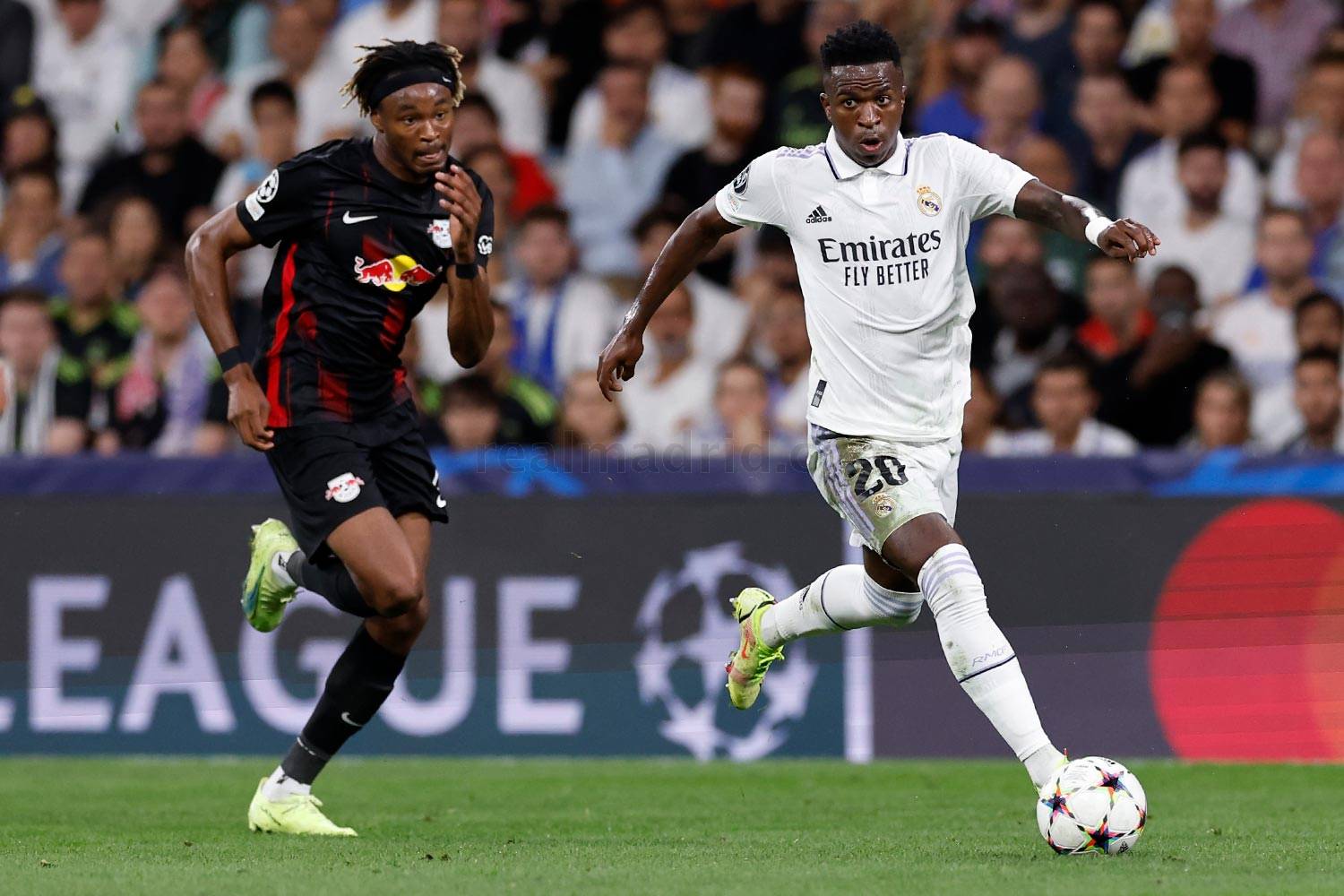 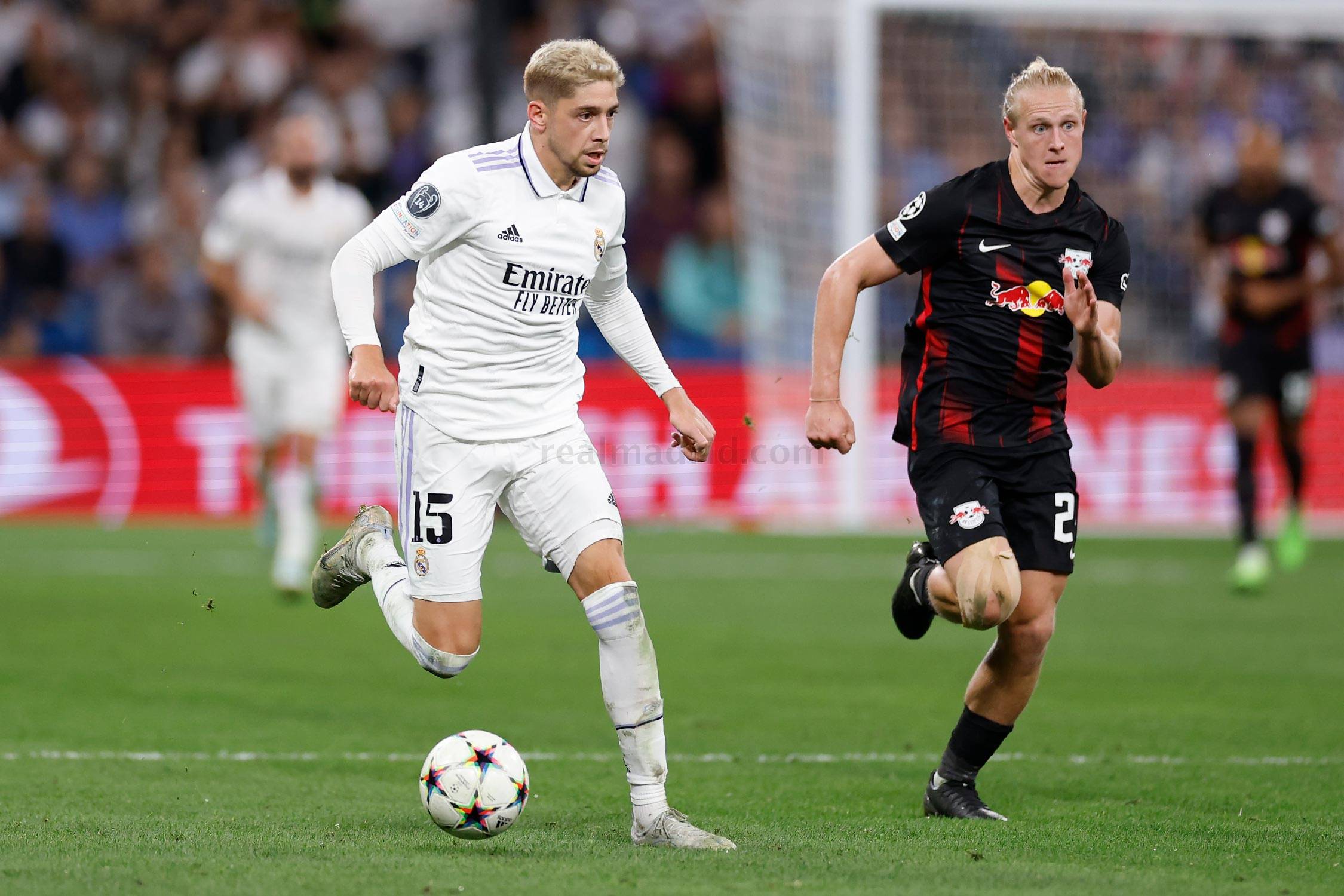 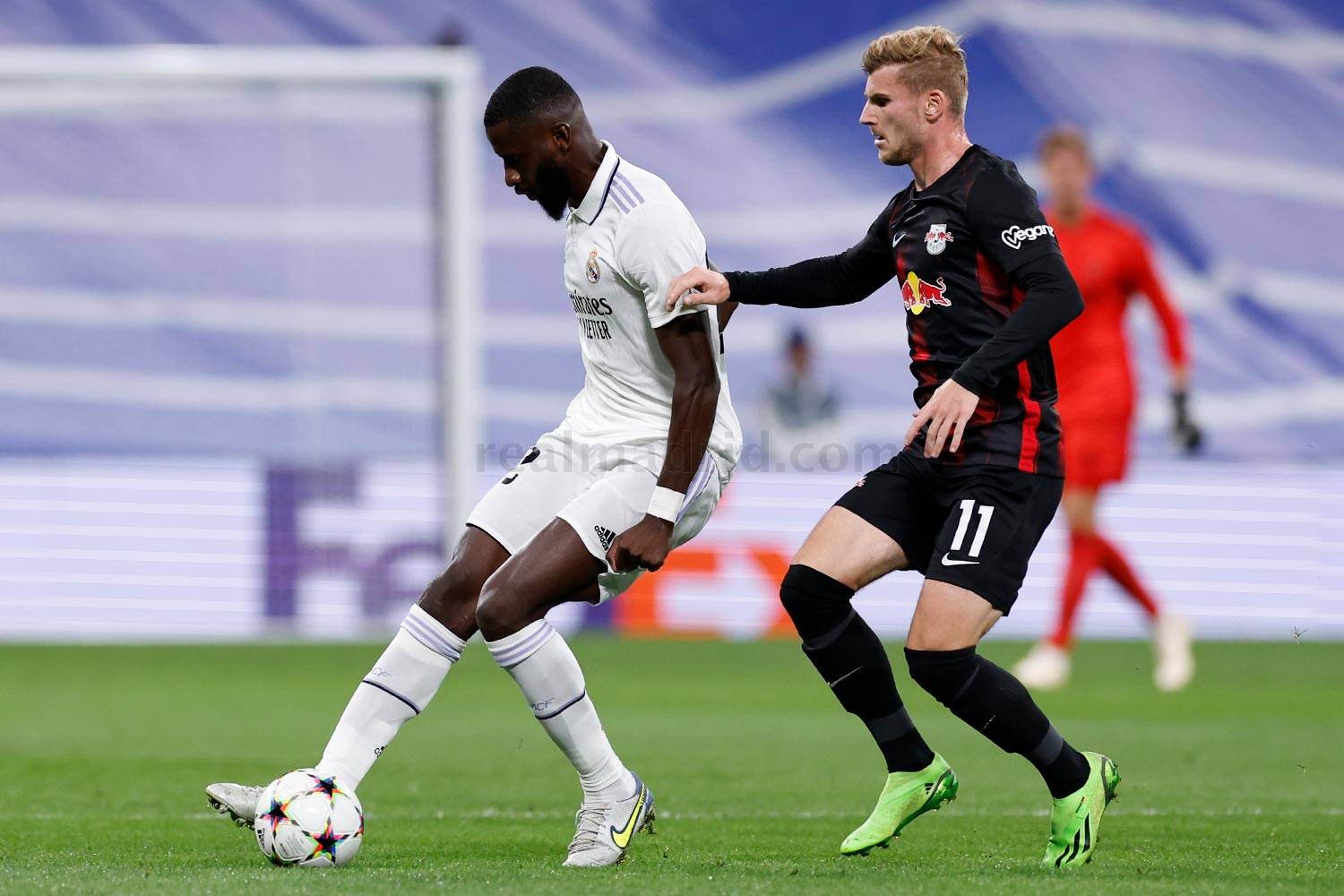 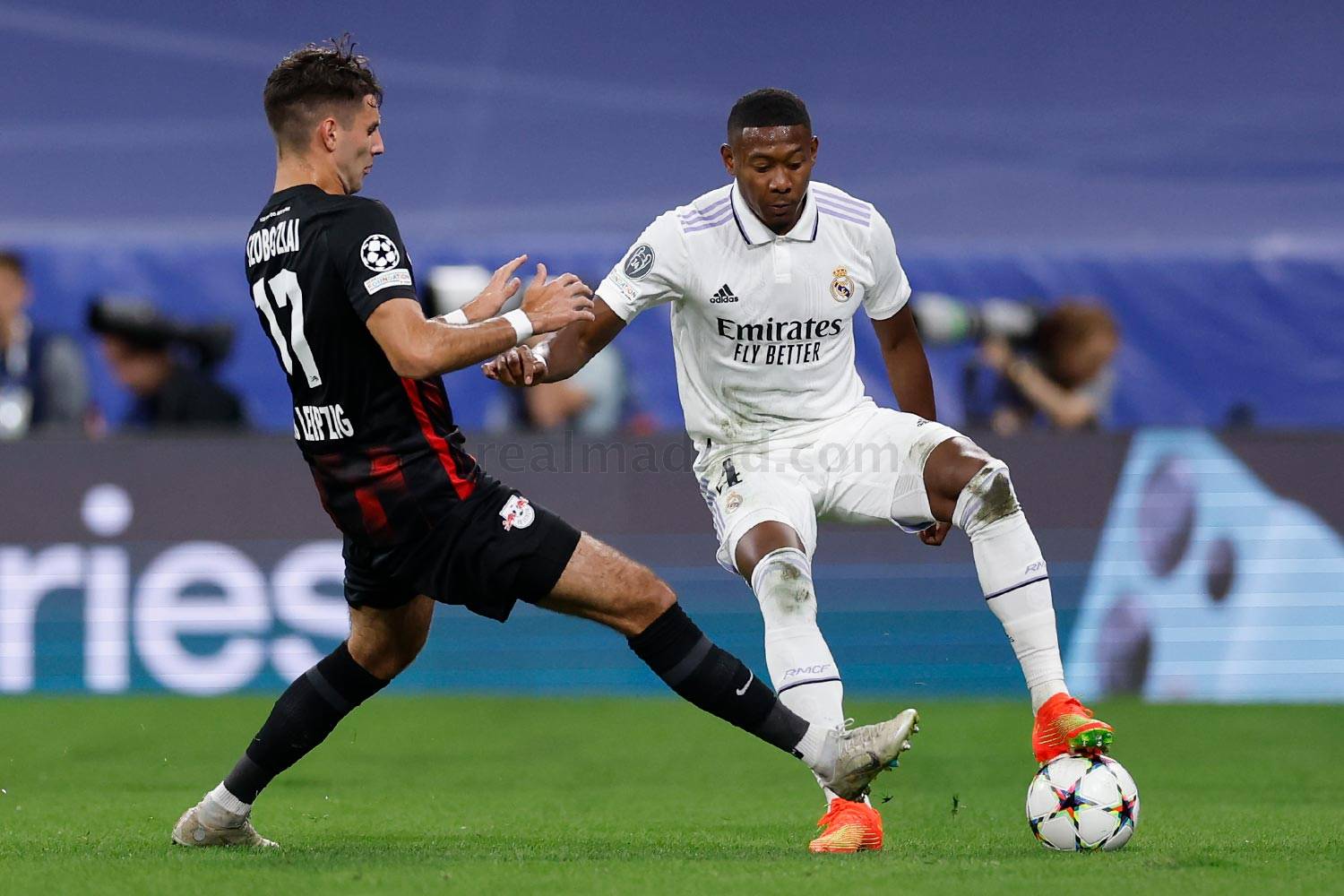 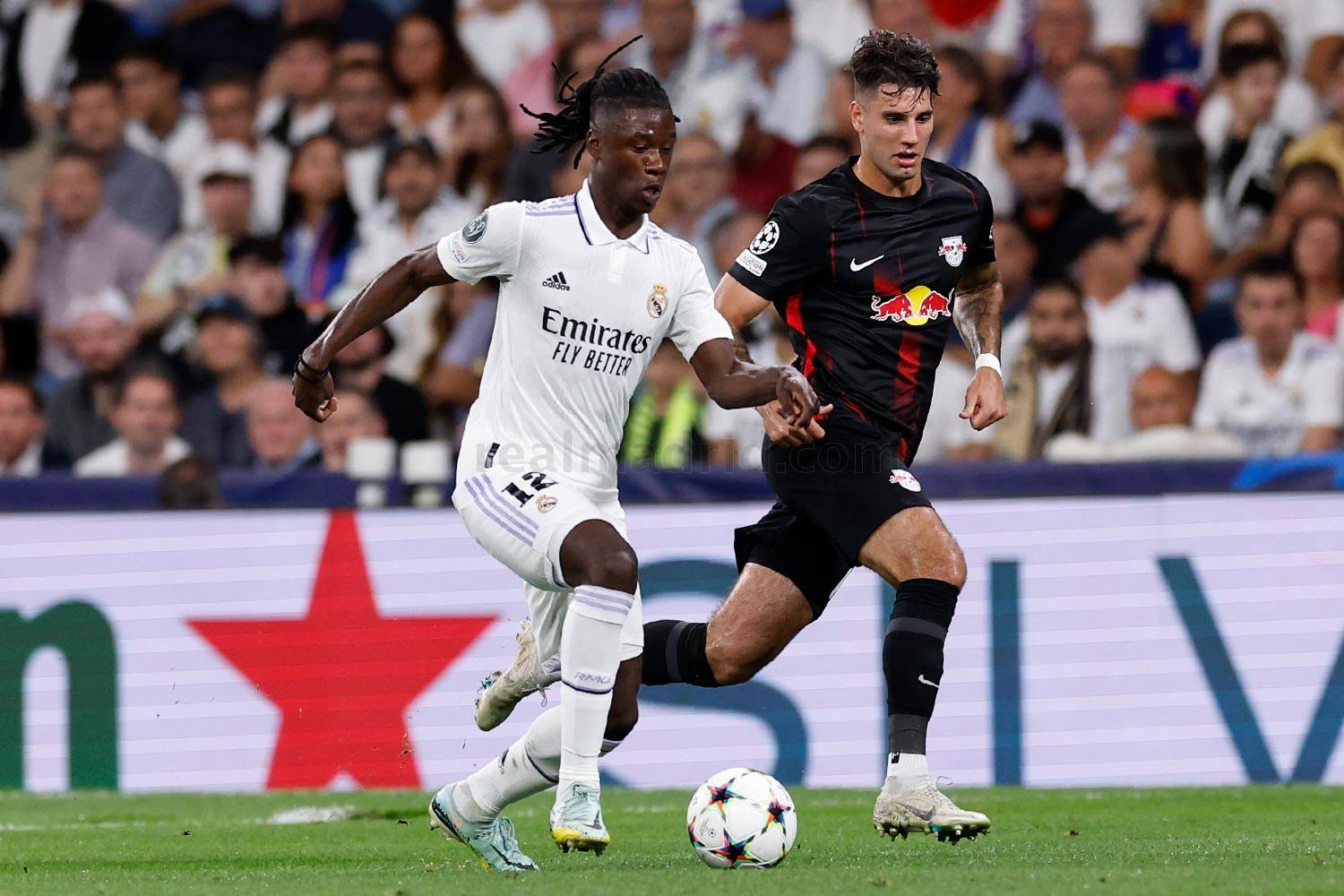 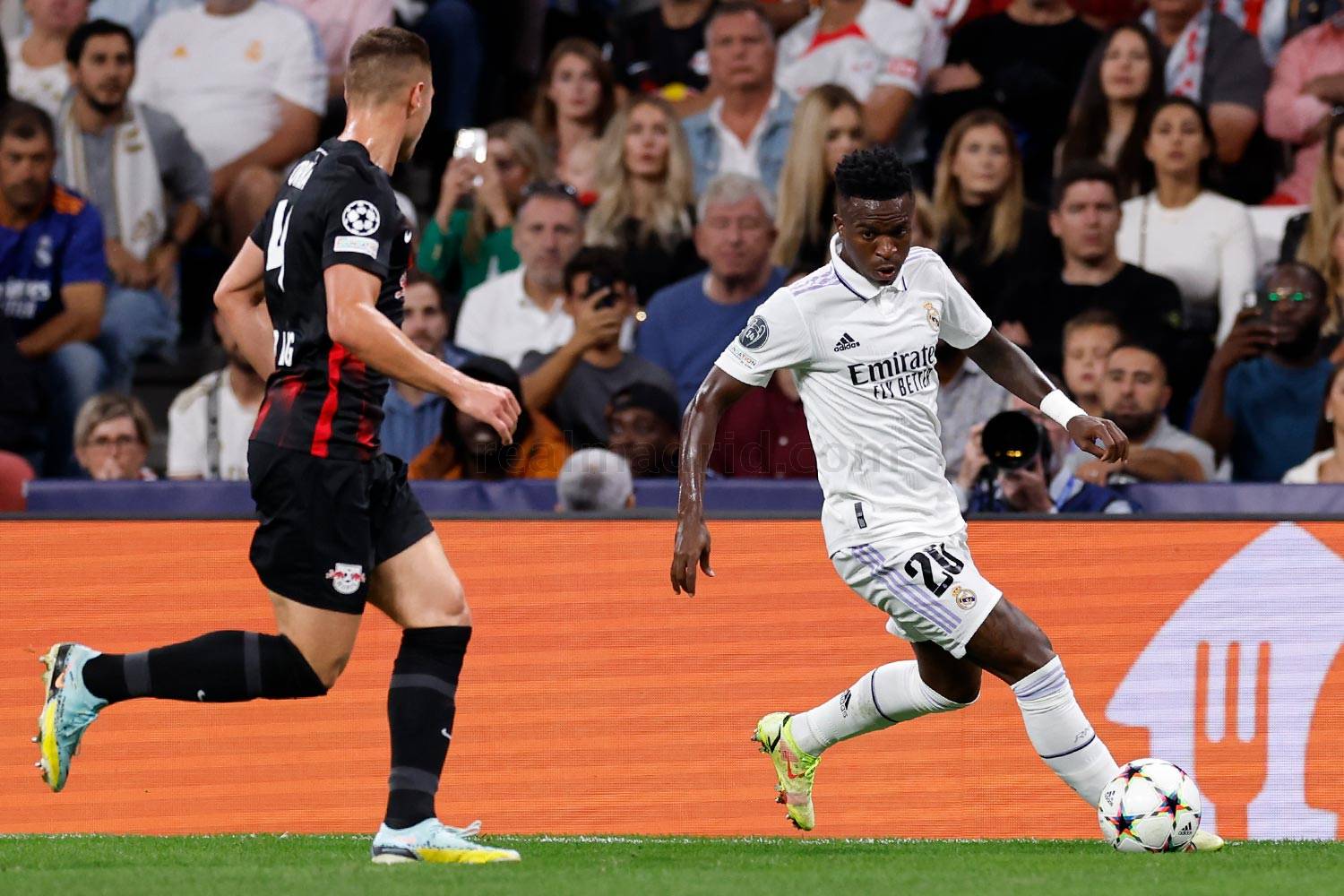 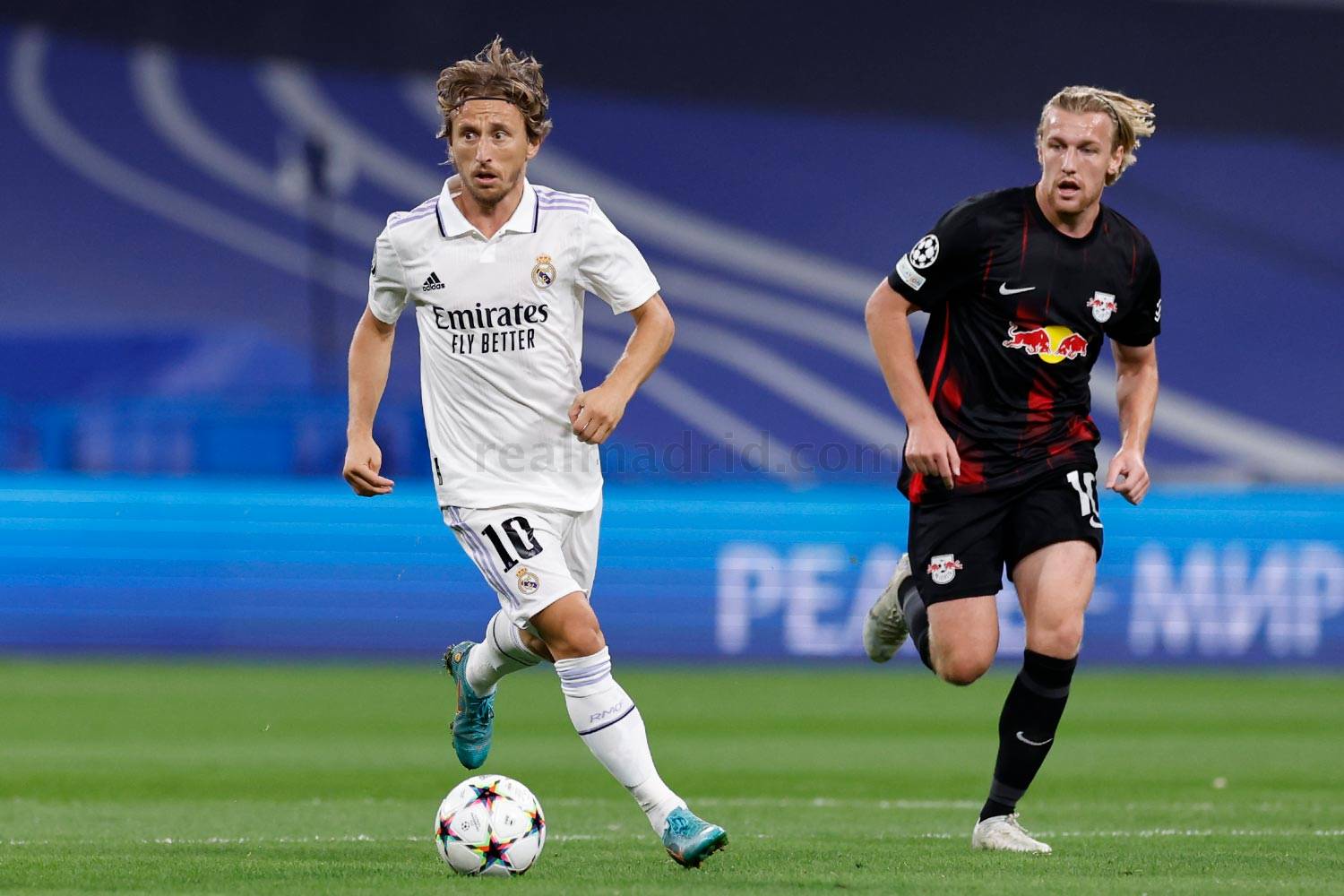 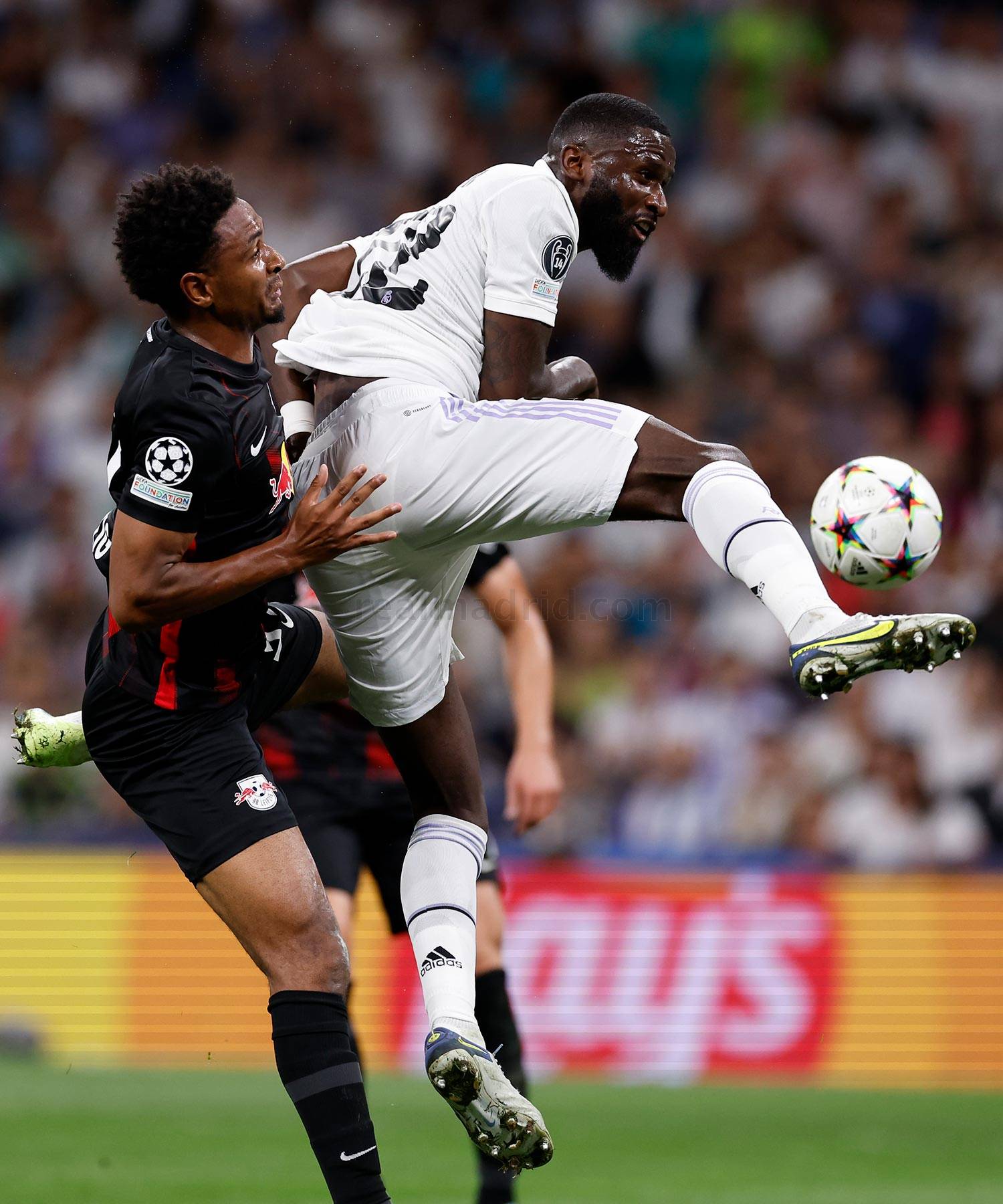 EIGHTH WIN IN A ROW

The victory over Leipzig means Real Madrid maintain their 100% record in competitive games this season. Their other victims have been Almería, Celta, Espanyol, Betis and Mallorca in LaLiga, Eintracht in the European Super Cup and Celtic in the Champions League.

The Uruguayan has three goals to his name so far this term, with two in two courtesy of a pair of thumping left-footed efforts. He opened the scoring against Mallorca on Sunday, before getting his name on the scoresheet in the meeting with Leipzig.