Third pre-season win in a row 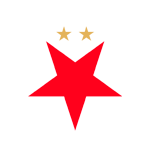 Real Madrid secured an away win over Slavia Prague thanks to goals from Esther and Weir.

Real Madrid's winning run continues this pre-season with their third victory of the season in the Czech Republic. Alberto Toril's side comfortably beat Slavia Prague, with Esther and Weir on the scoresheet. There were numerous chances for our team in the opening stages of the game as Madrid went in search of an early lead, which they managed to do in the 13th minute. Esther made it 1-0 after good work on the left by Møller.

The Whites kept the pressure on and doubled their lead in the 32nd minute when Weir got on the end of a low cross from Athenea. Esther could have extended the lead from the edge of the area just before half-time, but the Slavia goalkeeper kept her out. The second half started in the same vein and in the 69th minute, Teresa tried her luck with a first-time shot which was saved by the home keeper. Toril's side could have widened the gap, but the result remained unchanged and Real Madrid secured another pre-season win, their third in a row.