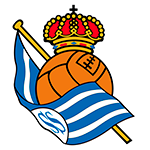 Real Sociedad went ahead at the Bernabéu but Real Madrid turned it around with goals for Camavinga, Modrić, Benzema and Asensio to extend their lead at the top of the LaLiga table to 8 points.

Real Madrid continue their relentless form. Our team came back to cancel out Real Sociedad's opener with a series of stunning goals and extend their lead at the top of LaLiga, where they now sit eight points clear of Sevilla in second. Oyarzabal put the visitors ahead from the spot with just nine minutes gone but Camavinga and Modrić turned the game back in Ancelotti's men's favour before the break with two spectacular strikes. In the second half, a Benzema penalty and a goal for Asensio rounded off a positive evening. The league leaders now turn their attentions to Wednesday's Champions League Round of 16 second leg clash with PSG (9:00pm CET).

The madridistas were up against it inside ten minutes, as Real Sociedad took the lead when Carvajal brought down Silva in the box and Oyarzabal stepped up to convert the spot-kick. The goal provoked a swift reaction from Real Madrid, who upped the pace of the game and began to look threatening, winning the ball back high up the pitch and carving out dangerous opportunities. Modrić whipped a cross into the box on 36’ and just as Casemiro was waiting to turn home from inside the six-yard box, Le Normand was on hand to save his team by clearing off the line. He was helpless to keep out the next attempt just four minutes later though, as Camavinga unleashed a fierce long-range effort to bring the scores level.

The goal seemed to spur the Whites on, as the team went in search of another before the break. Benzema thought he’d given his side the lead on 42’, but his goal was ruled out by a marginal offside decision. Barely a minute later and Madrid produced another wonderful goal. Modrić received the ball, shimmied before ghosting past his marker and unleashed a powerful left-footed strike that left Remiro with no chance to send the hosts into half-time a goal up. After the re-start, Ancelotti’s charges had no intention of sitting deep and defending their lead, as they sought to increase their advantage. In the 60th minute Benzema chested down a Carvajal cross, twisted to beat his man and drilled in a low shot which Remiro did well to parry.

Real Madrid continued to carve out chances as the game opened up. On 62’, Vini Jr. crossed and the ball deflected off Rafinha and just missed the target. The league leaders finally got a well deserved third goal on 76’ when Vini. Jr. was brought down just inside the area by Artiz and Benzema made no mistake from the penalty spot to rack up his 20th goal of the campaign. There was still time for the madridistas to add to their tally. Three minutes from time, Carvajal burst down the right wing, worked his way to the byline and pulled the ball back for the recently-introduced Asensio to side-foot in from the six-yard box and seal the three points for the hosts. 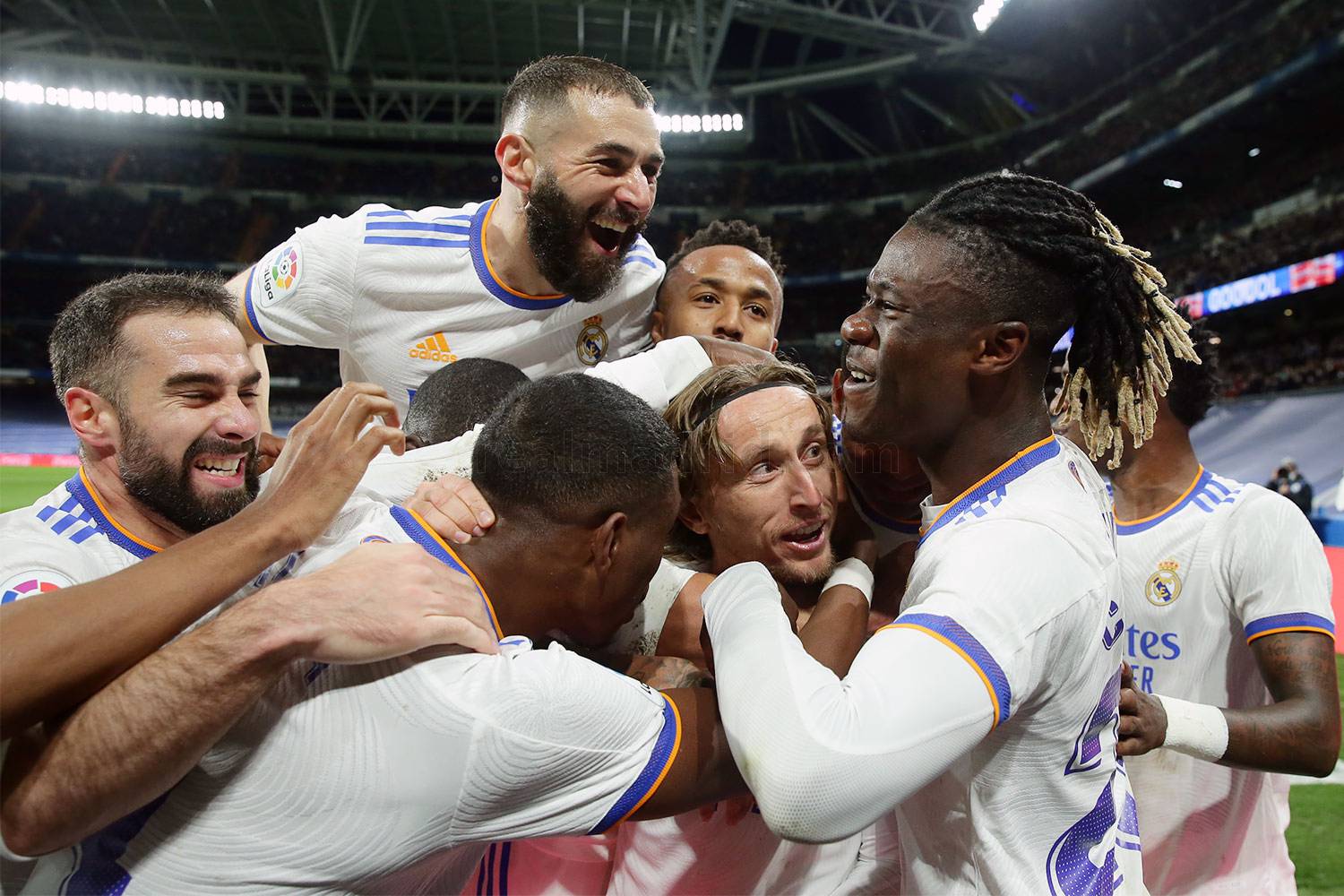 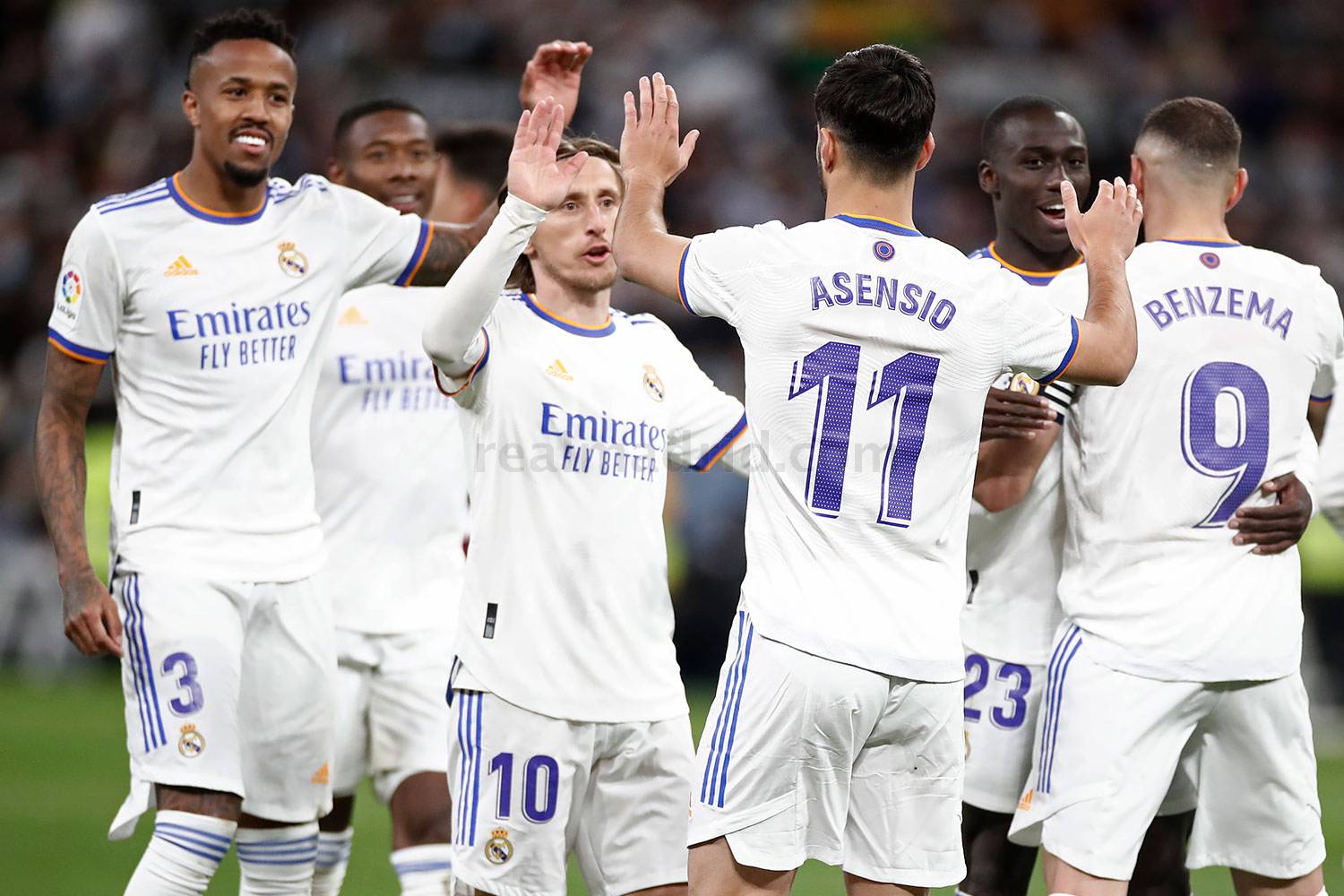 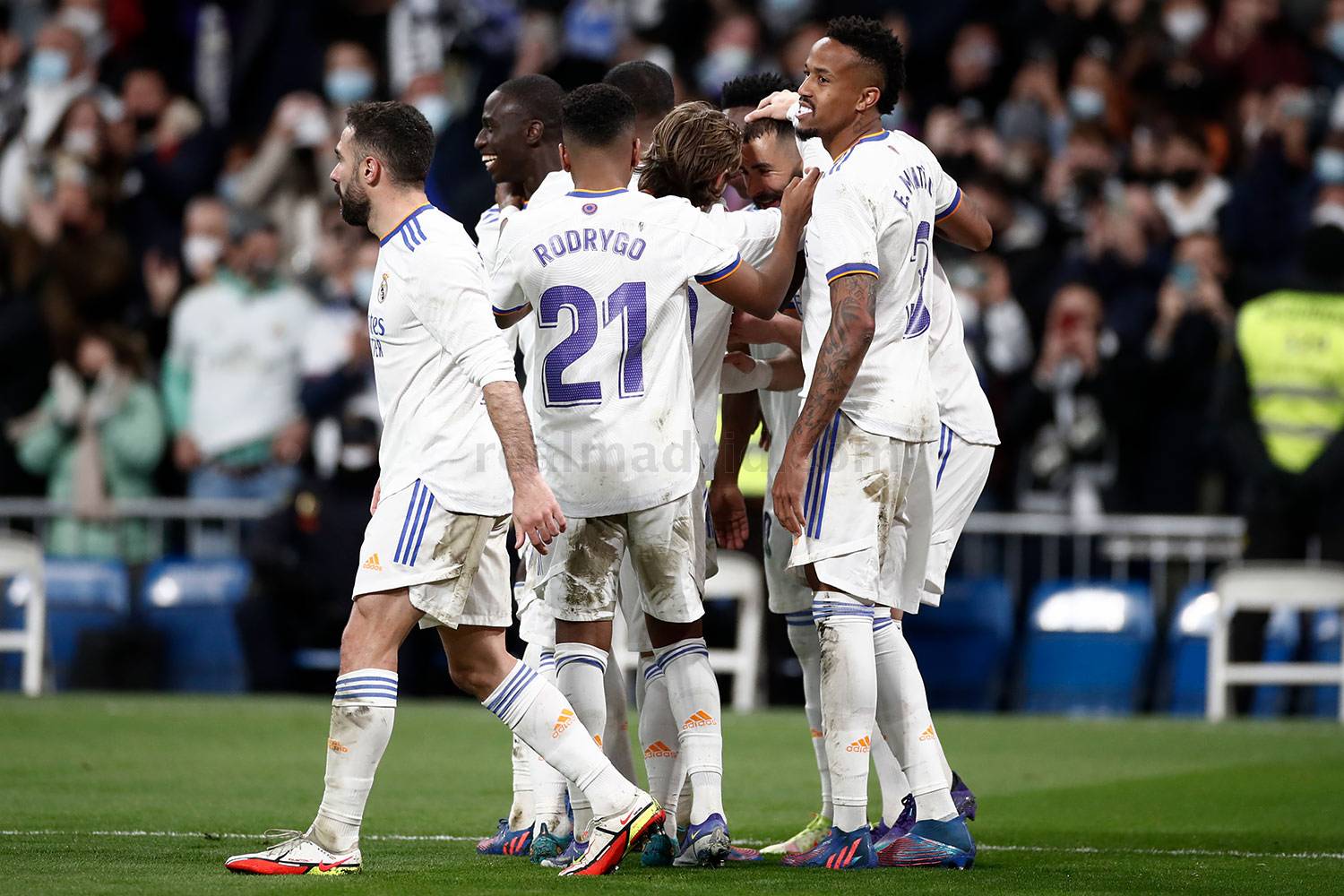 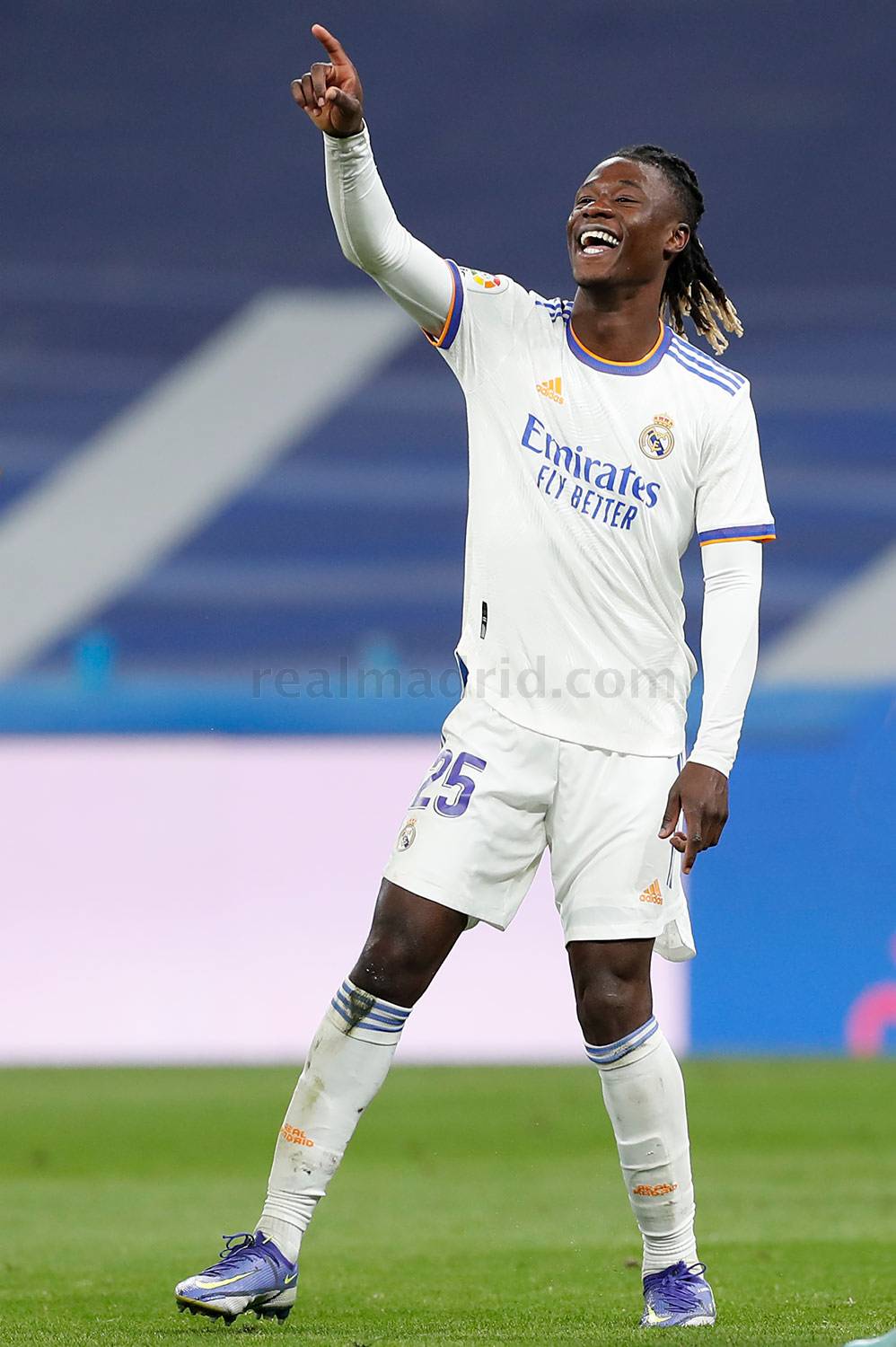 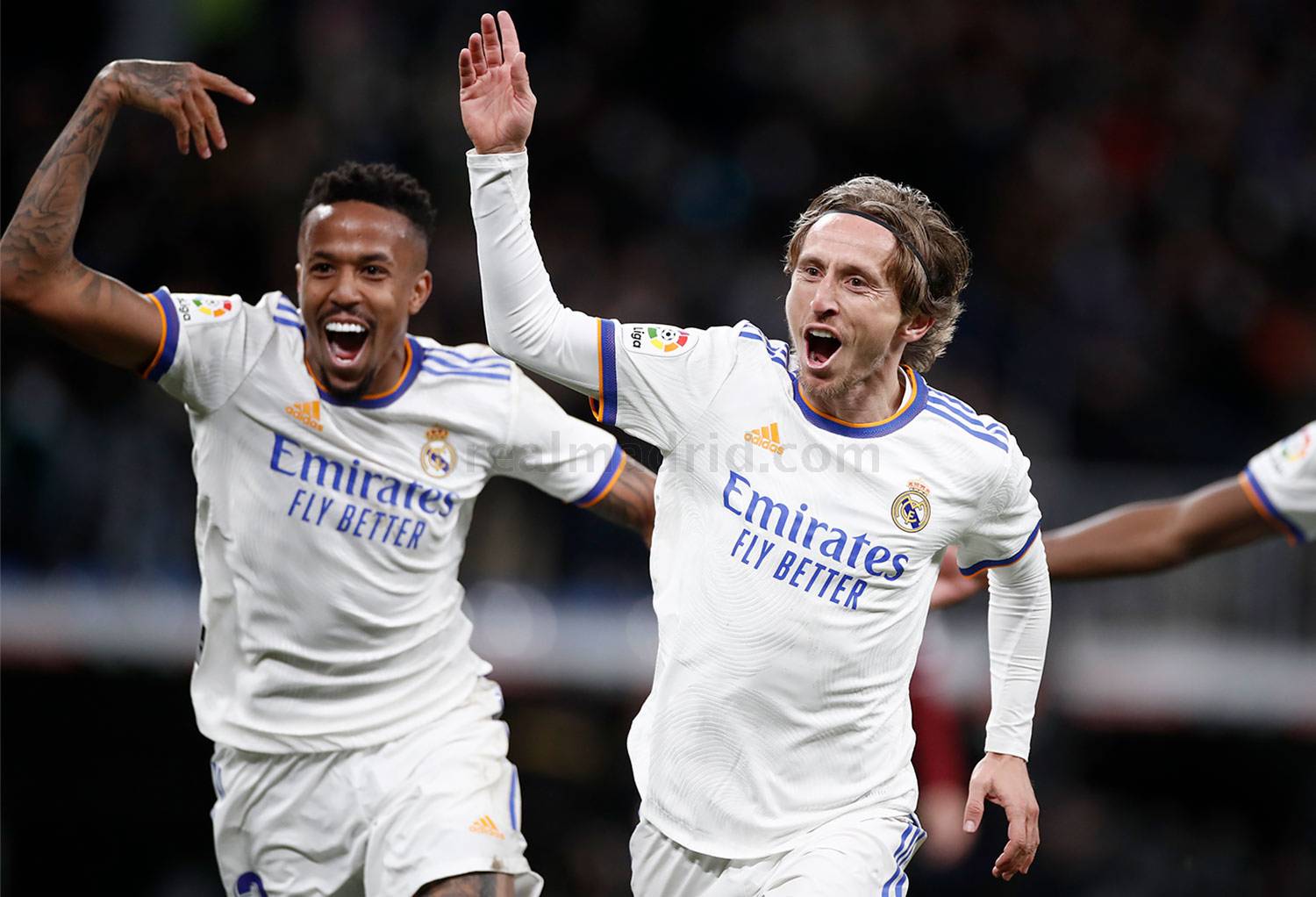 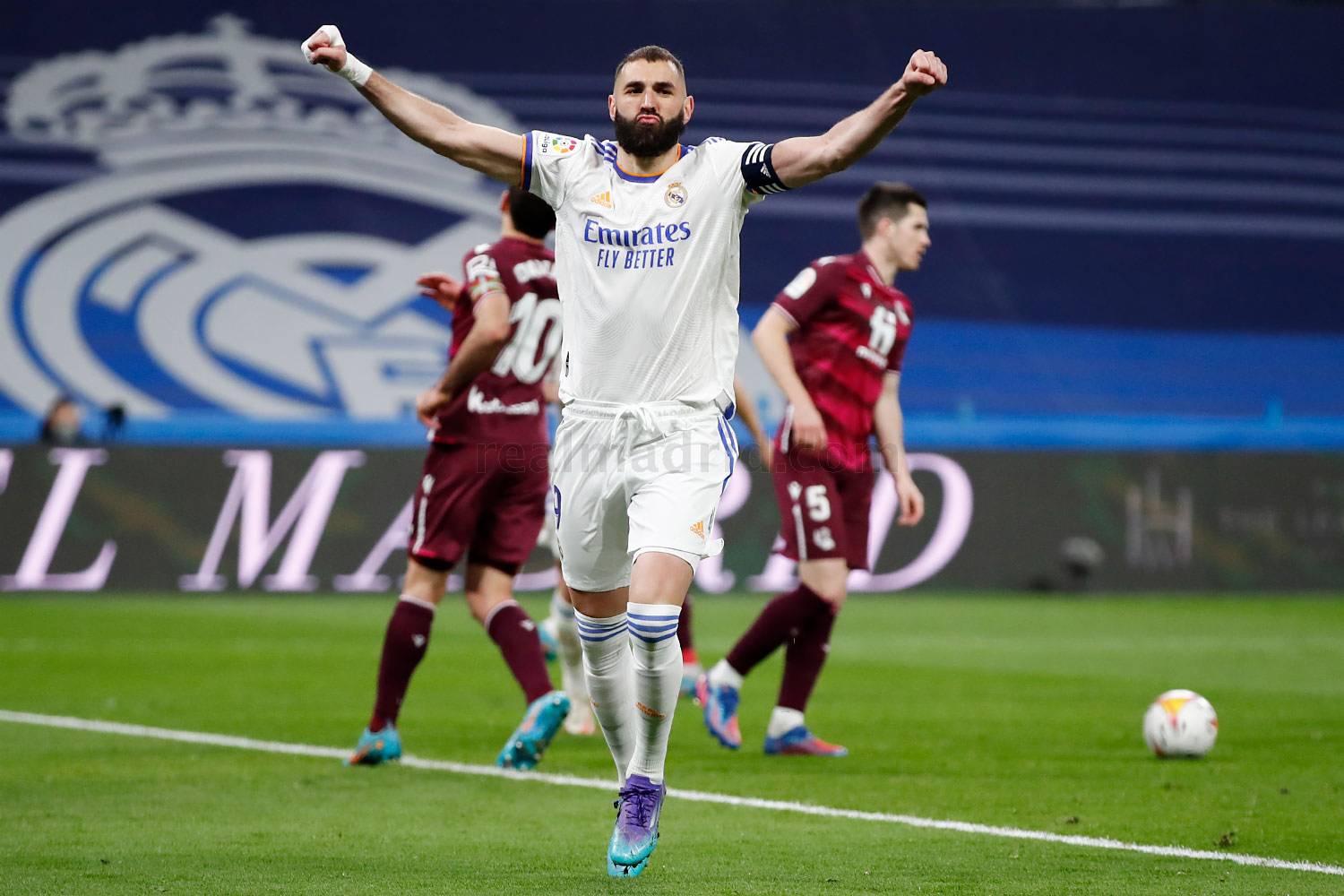 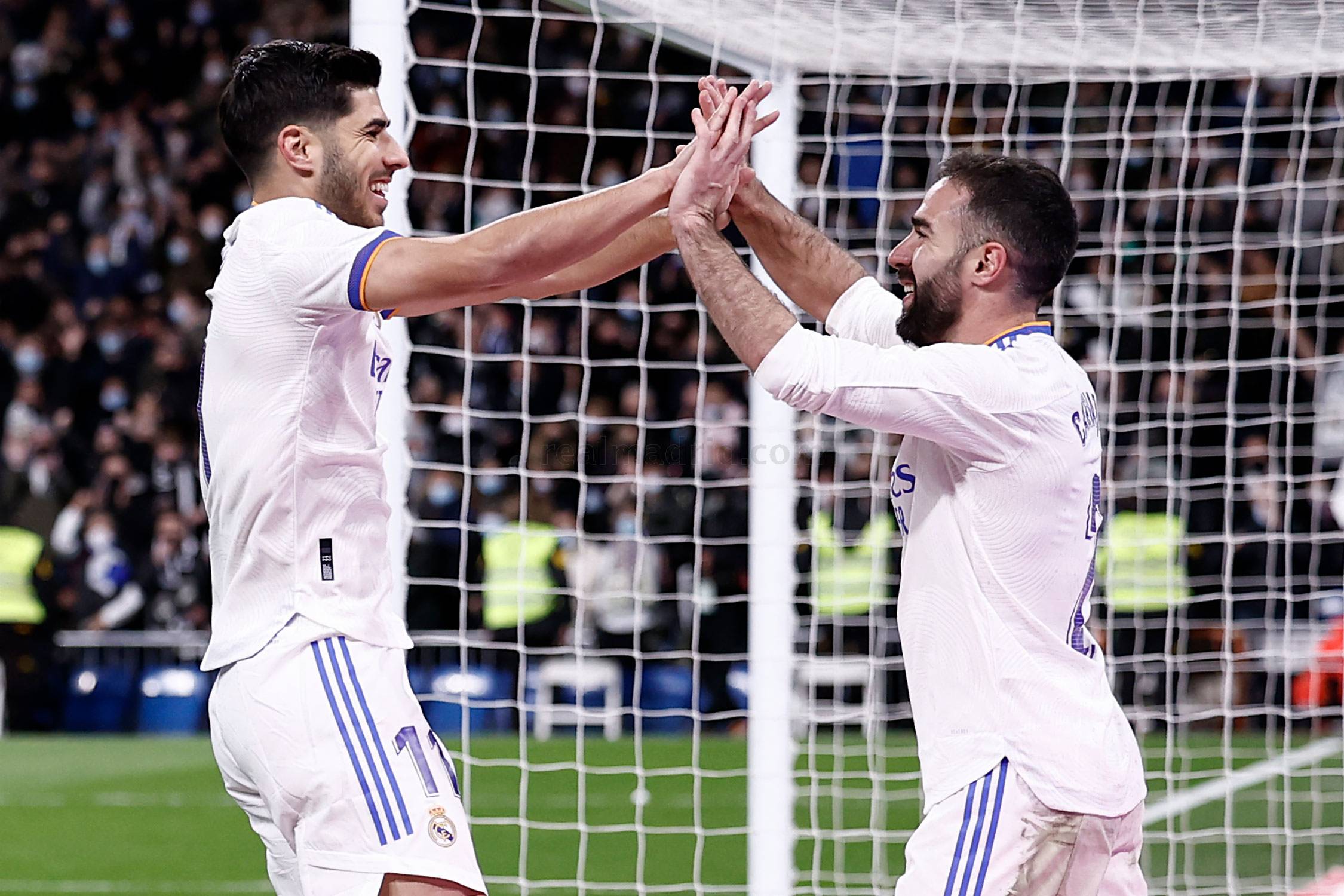 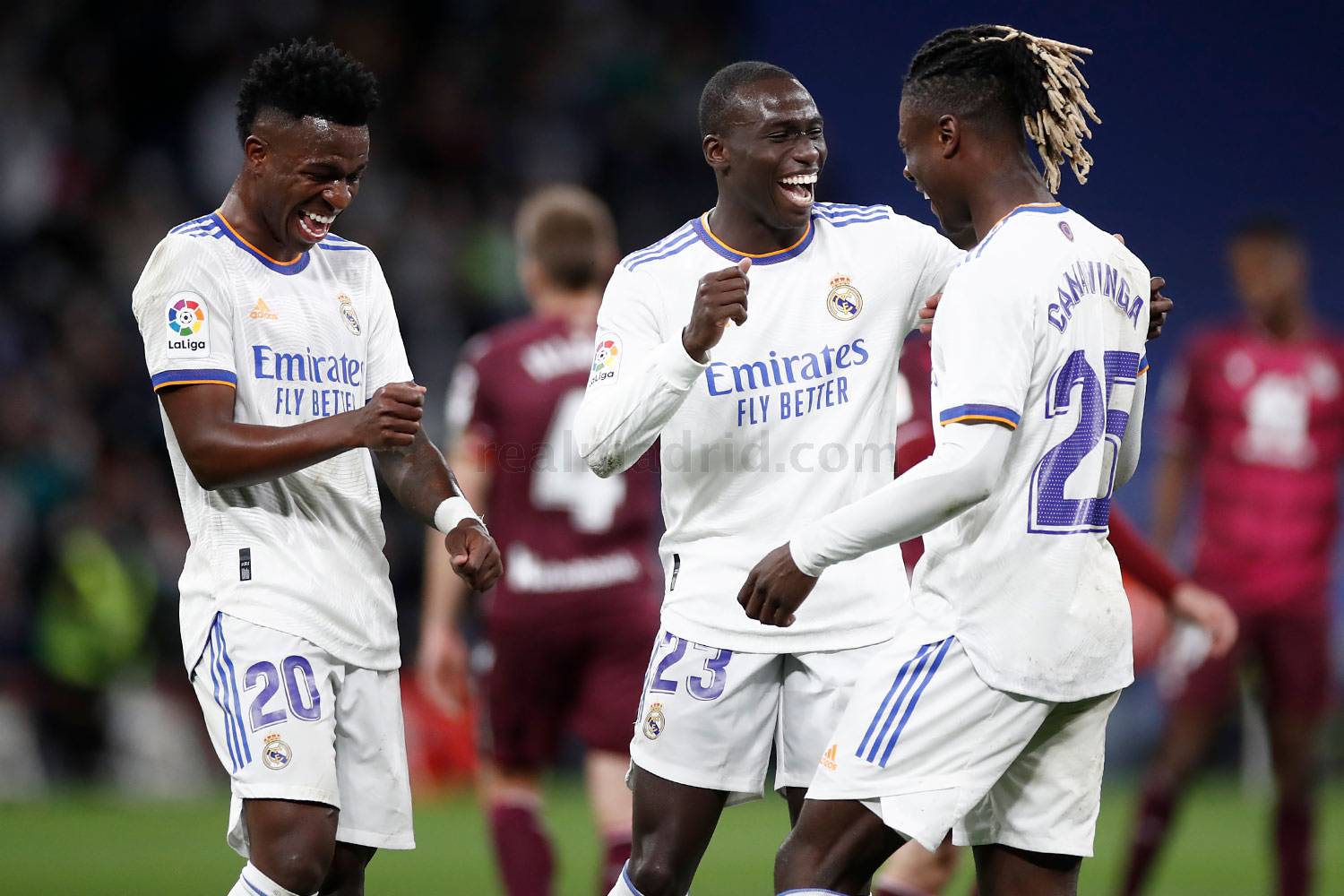 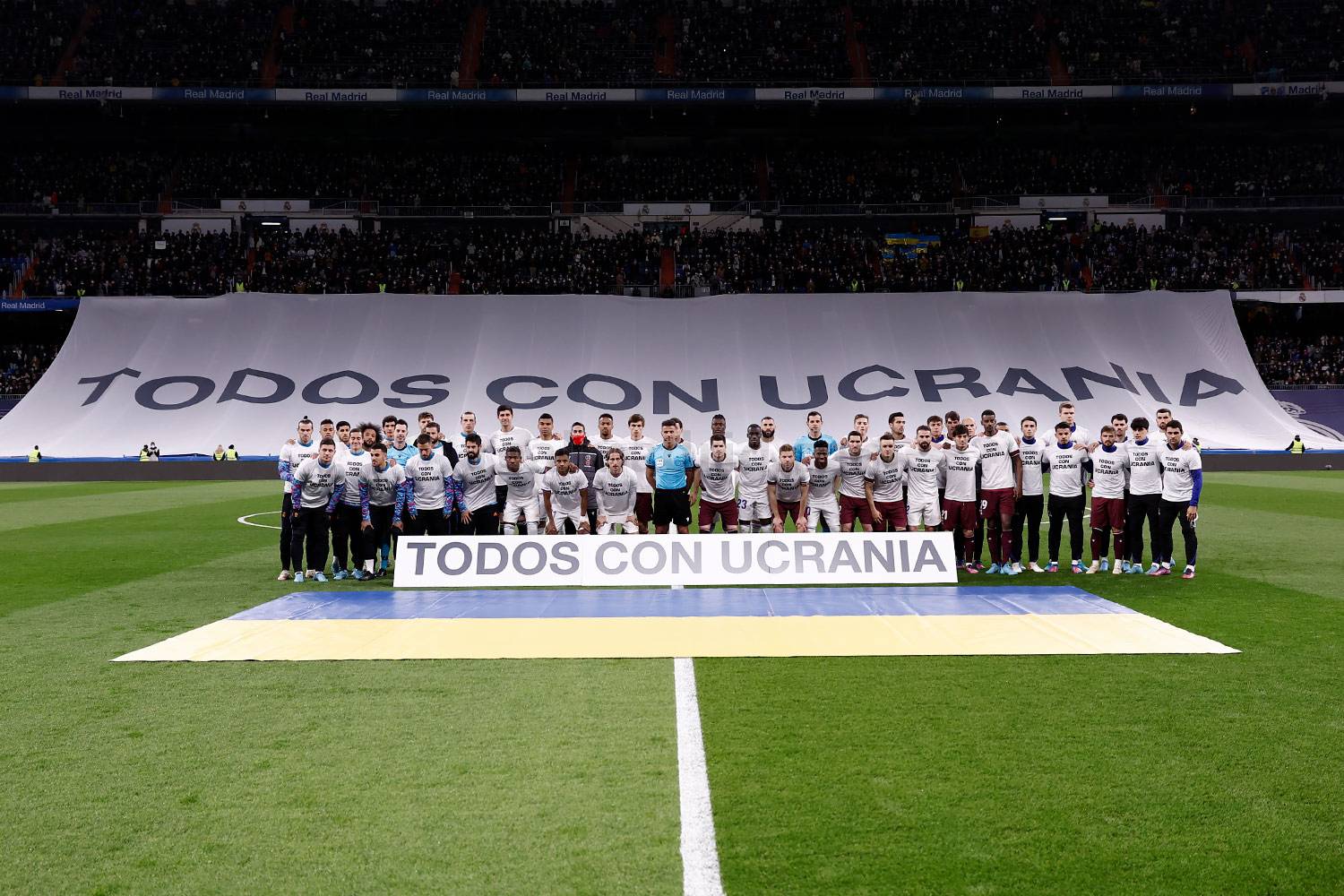 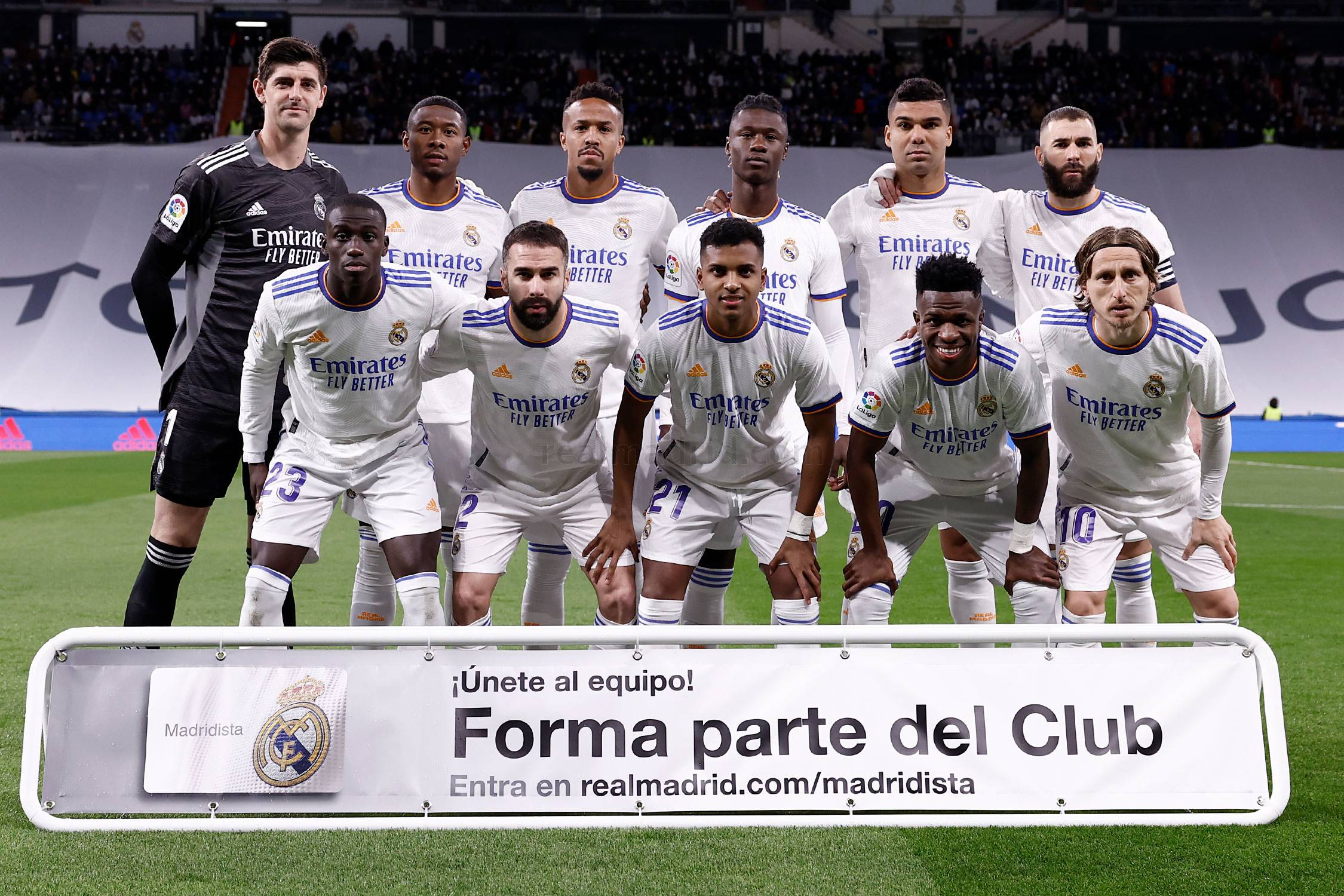 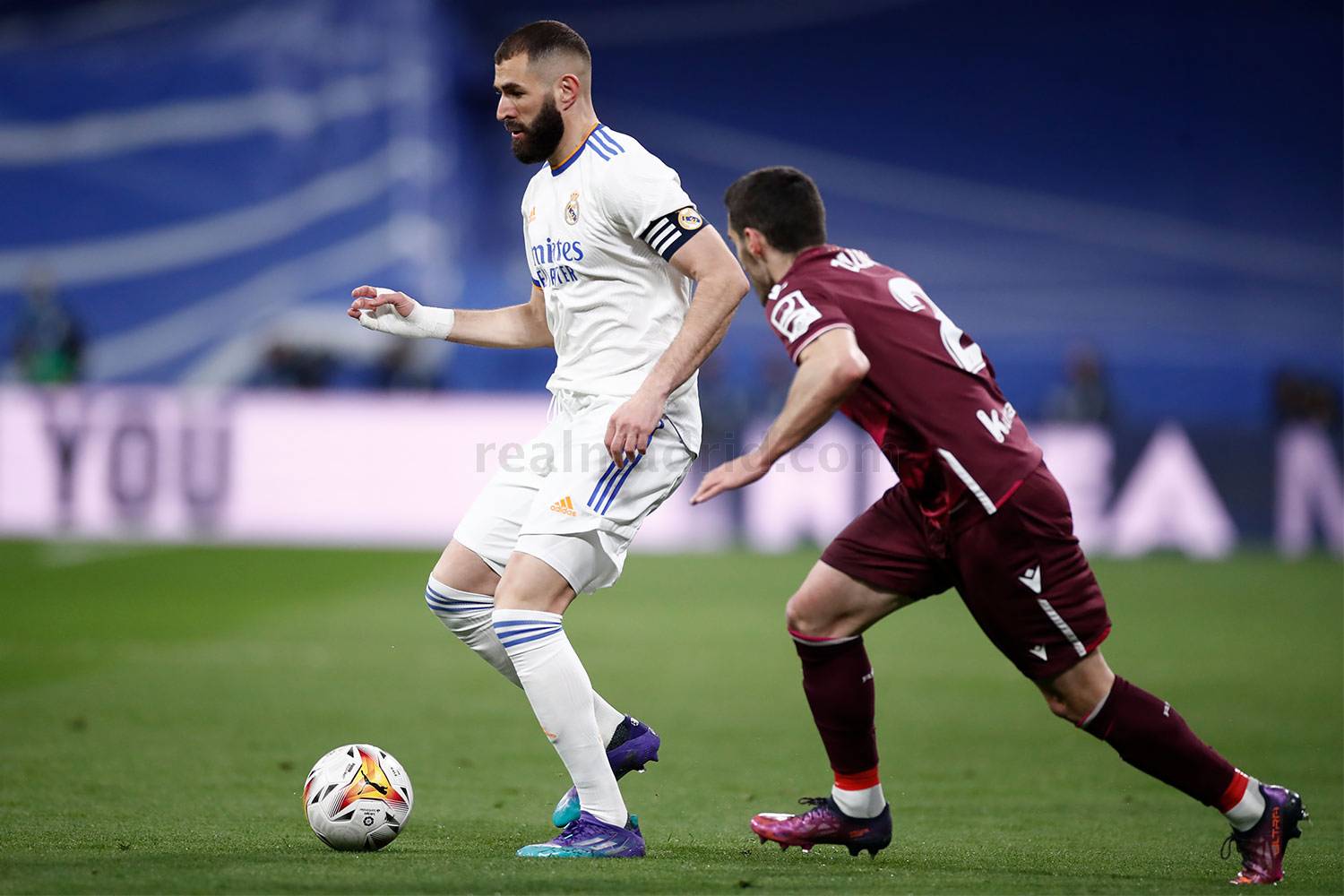 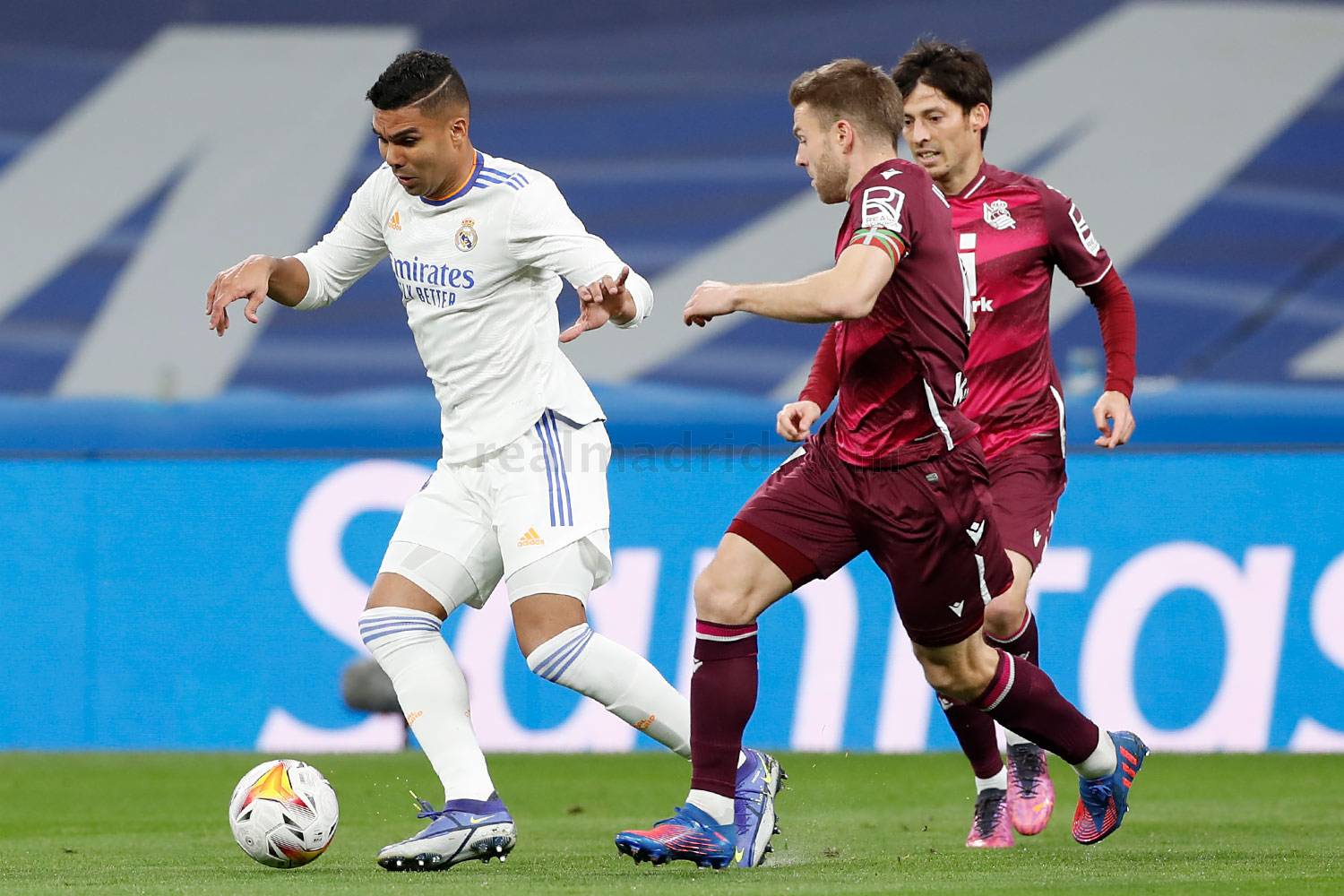 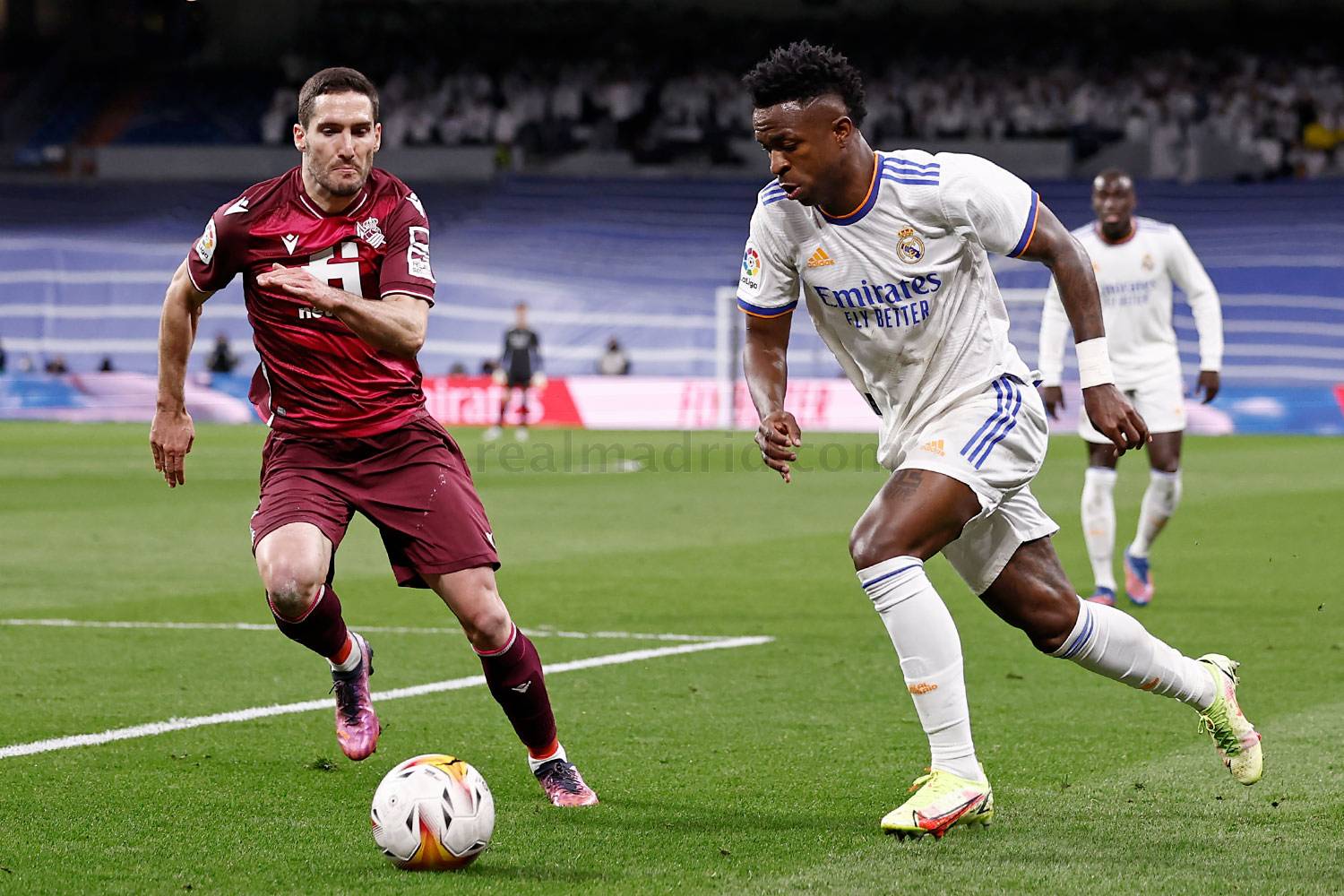 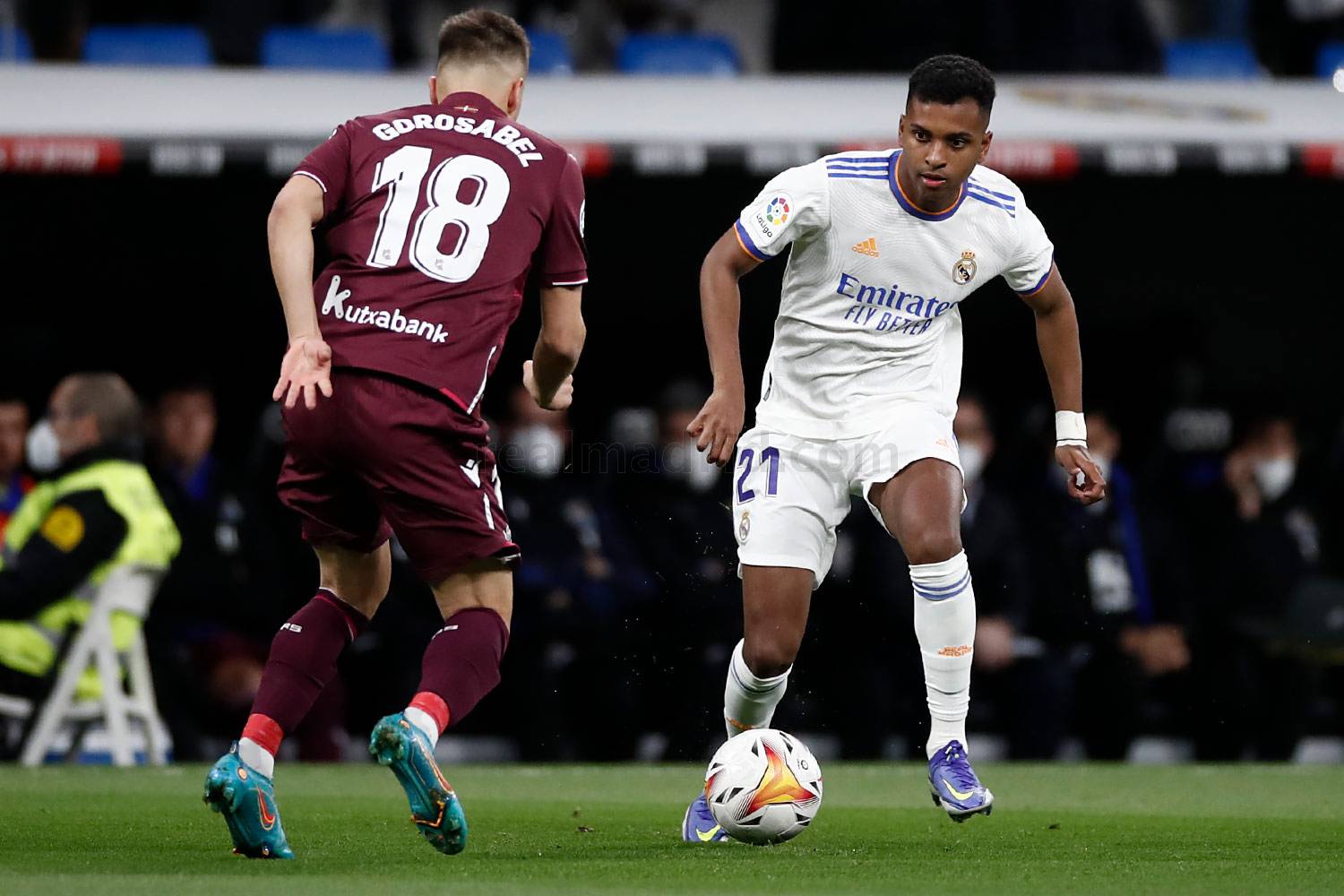 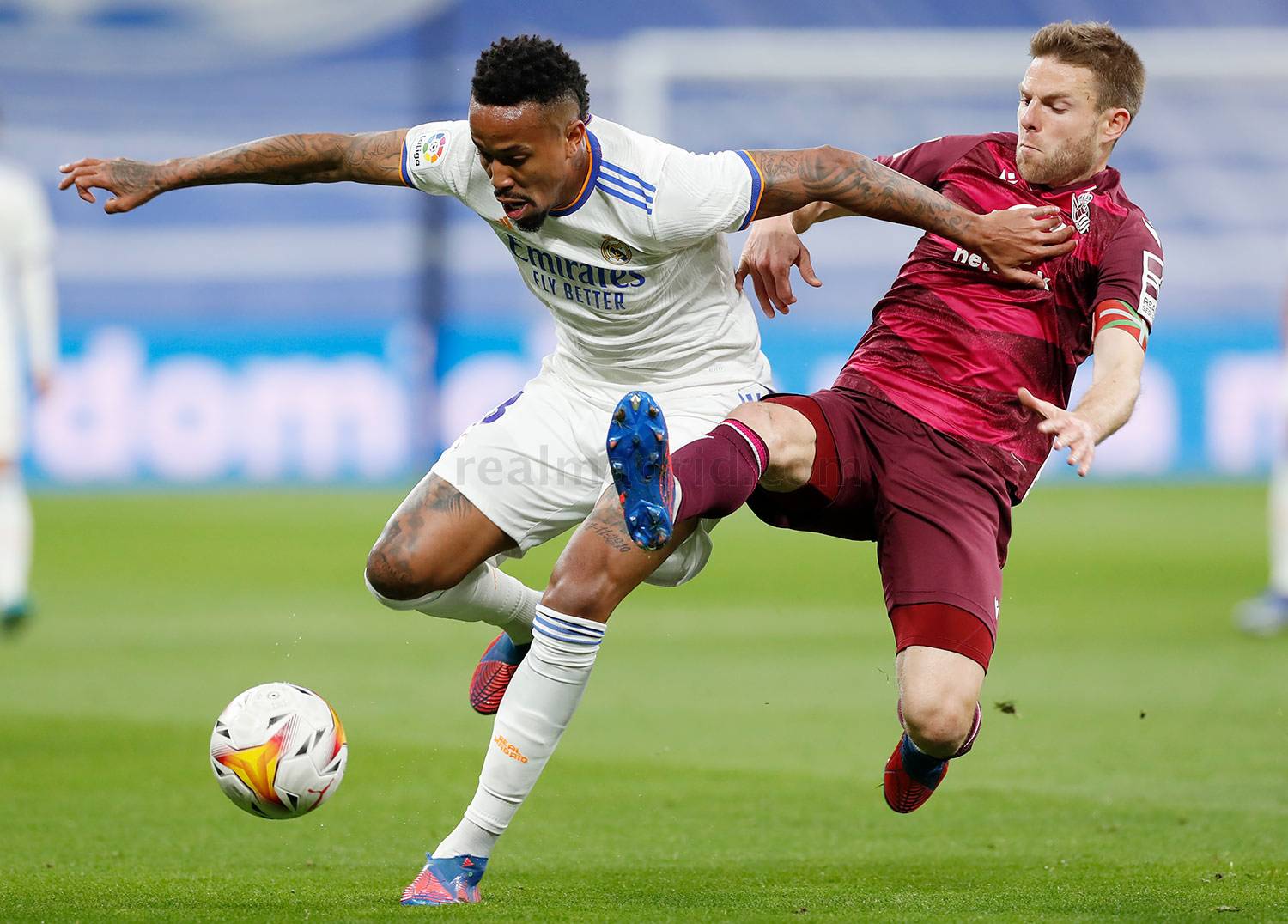 THIRTEEN GAMES WITHOUT DEFEAT AT THE BERNABÉU

Real Madrid are now undefeated in 13 games at the Santiago Bernabéu: 11 in LaLiga and two in the Champions League. They have picked up ten wins and three draws in that run.