The Real Madrid goalkeeper ends the season with 20 goals conceded in 34 matches and an average of 0.59 goals per game.
Thibaut Courtois has ended the league campaign by winning the Zamora Trophy, which is awarded to the goalkeeper with the least number of goals conceded in the league season. The goalkeeper, one of Real Madrid's key players in the title-winning side, has conceded 20 goals in 34 league matches, giving him the best goals per game ratio (0.59), ahead of Oblak and Unai Simón.

The Belgian goalkeeper, who kept 18 clean sheets in LaLiga, joins the historical list of madridistas who have won the Zamora Trophy, led by Vicente (3). After that come, Zamora, Betancort and Buyo with two. And with one each Casillas, Agustín, Miguel Ángel, Junquera, Araquistáin, Juan Alonso and Bañón.

Career
Courtois arrived at Real Madrid in the summer of 2018 having been the best goalkeeper at the Russia World Cup. Since then, he has made 77 appearances with the team, winning a Club World Cup, a LaLiga title and a Spanish Super Cup. This is the third time Courtois has won the Zamora trophy, having already clinched it in the 2012/13 and 2013/14 campaigns. 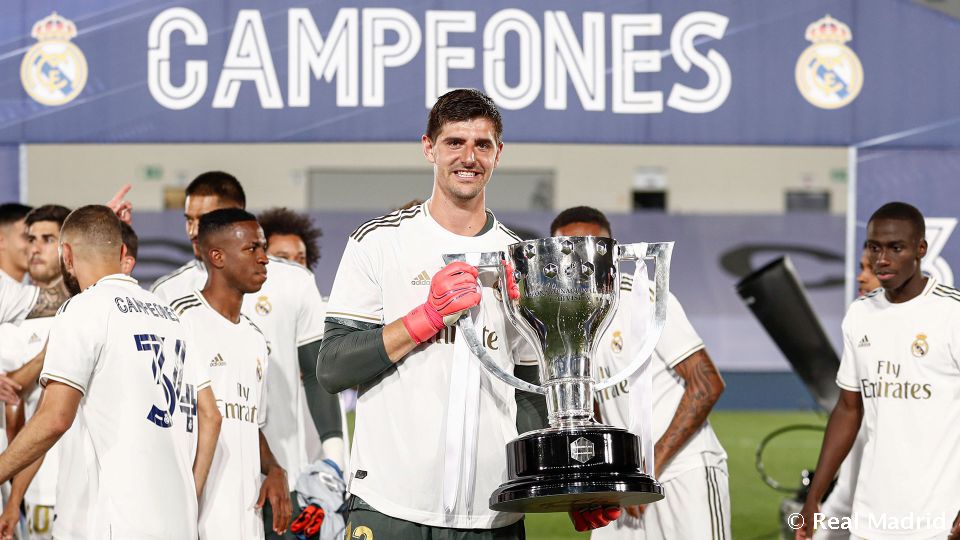